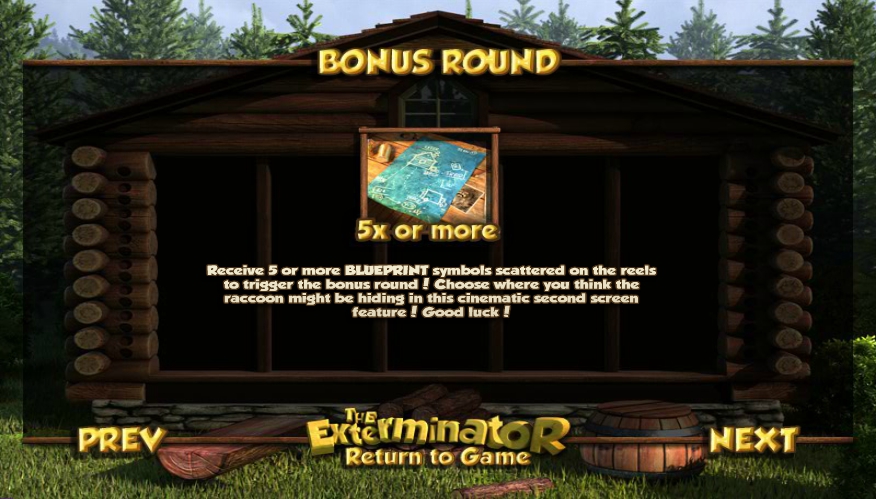 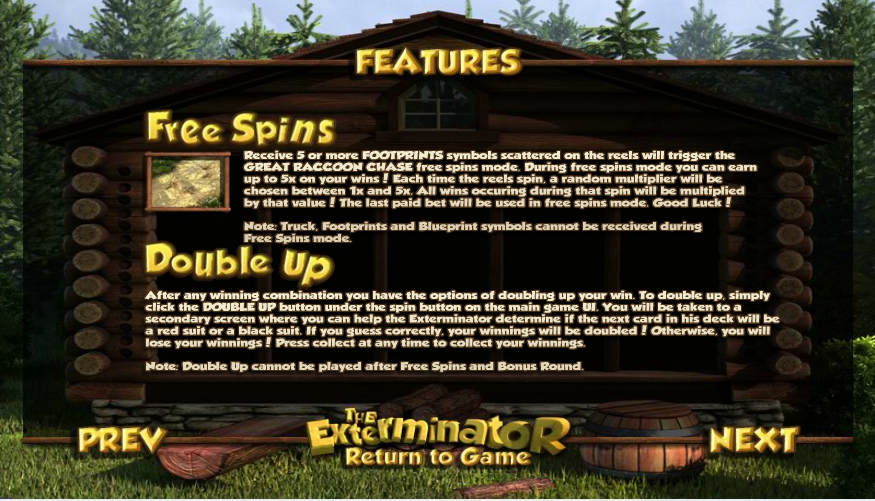 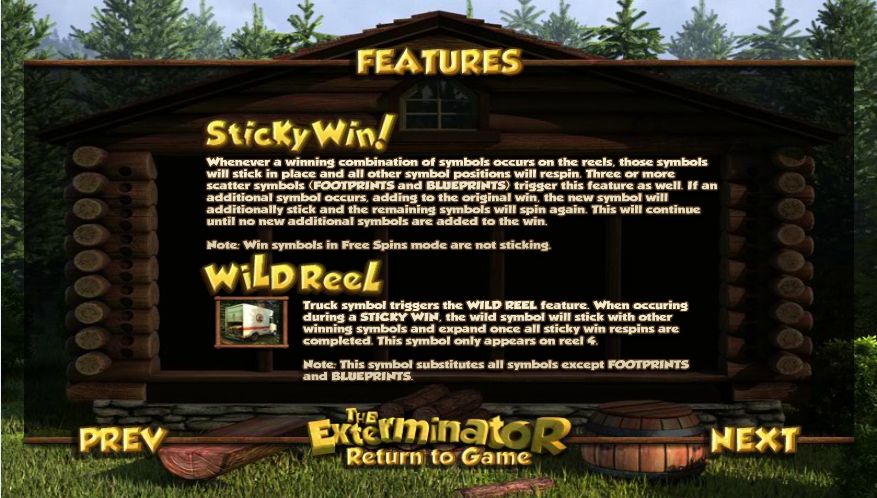 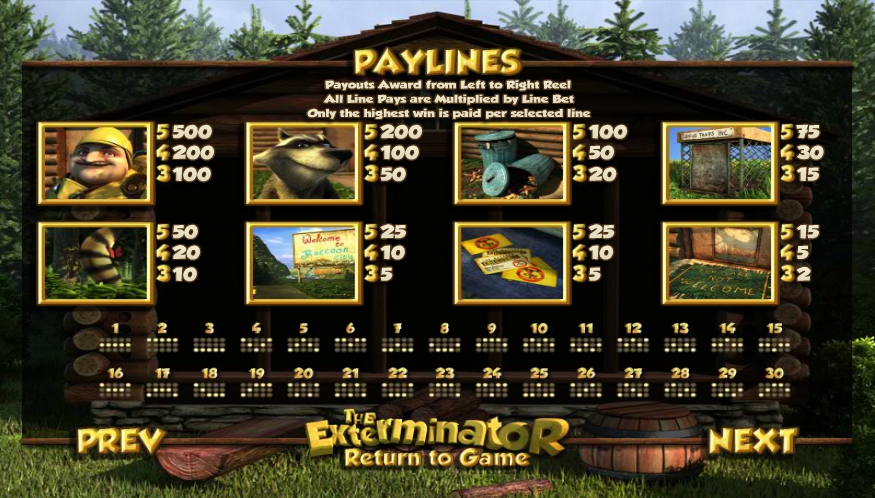 A fun and simple slot game with cute animation and amazing music is what true gamblers admire. Such game was developed by the Betsoft and is called the Exterminator. Its main theme is a day in the life of a real professional – the one who needs to get rid of critters, namely: the raccoon that messes up with garbage and steals food.

The Exterminator gameplay and rules

The game is intended for players, who are already somehow familiar with the slot game rules, but it is quite easy to understand how to play it even for novice gamblers. Its biggest difference from other similar games is that it is a 3D game, and the number of paylines is higher. Aside from that, it has the same set of buttons that allow a player to choose the number of pay lines, the size of bets and to spin the wheel. The game can be played for real money or for free. The latter option is a great opportunity for those players who want to get more familiar with the slot machine game rules. The game has the same set of 5 reels, 30 paylines, and the highest bet here is 150 coins. The game can be played in an AutoPlay mode (there is an extra button just for that). To start the game, a player needs to choose the bet size, the number of paylines and the number of bets per each line. Alternatively, a player can choose to play with the maximum bet in an AutoPlay mode and everything will be done automatically.

In the Exterminator Slot Game by the Betsoft, there are many different ways to win. First, there is the Sticky Feature. When it is on, the winning combination sticks on the screen, and all other reels begin to re-spin again, giving player even a bigger chance to get a jackpot. There is a wild symbol, a truck, which expands all over the reel whenever it appears. It works the way all other wild symbols do – substitutes for whichever symbol a player needs at the moment to win the prize. There are also bonus rounds and free spins in the game. When five symbols with the footprints on them appear, the great hunt for the raccoon begins! While this is on, all winnings are multiplied by five. Finally, there is a bonus feature called Find the Raccoon. It starts with five or more blueprint symbols appearing on the screen. A player then needs to help the exterminator find the raccoon, and if the critter is found, a great prize is offered!

Just like many other web-browser games, the Exterminator requires no download and can be played in any web browser of your choice. It asks for the broadband Internet connection and you need the Adobe Flash Player installed in order to play it. Other than that, the game can be played on any PC, laptop or mobile device. While the animation is in 3d and is much better than almost anything else in this genre, it runs smoothly even on very simple devices. Gamblers who prefer to play this game for free do not need to register on a web site. Subscriptions are only necessary when the game is played for real money! In this case, a player may be asked to provide certain information, such as: first and last name, email address, payment details and etc. A game provider needs this information for future payments, and do not share it with any third parties.