You can not play this game for free
For free slots game go
Play free
or
(17 votes)
Game Played: 3
Full screen: close 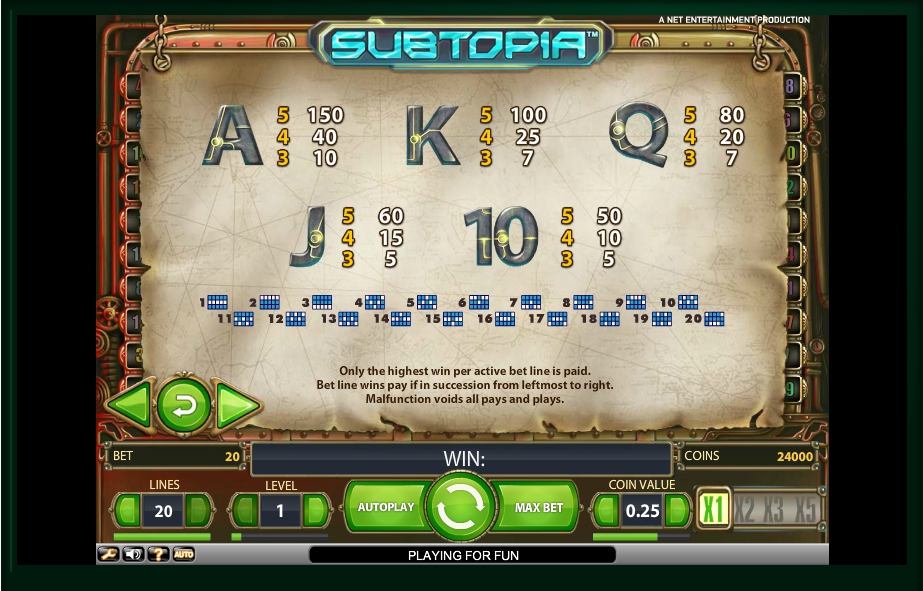 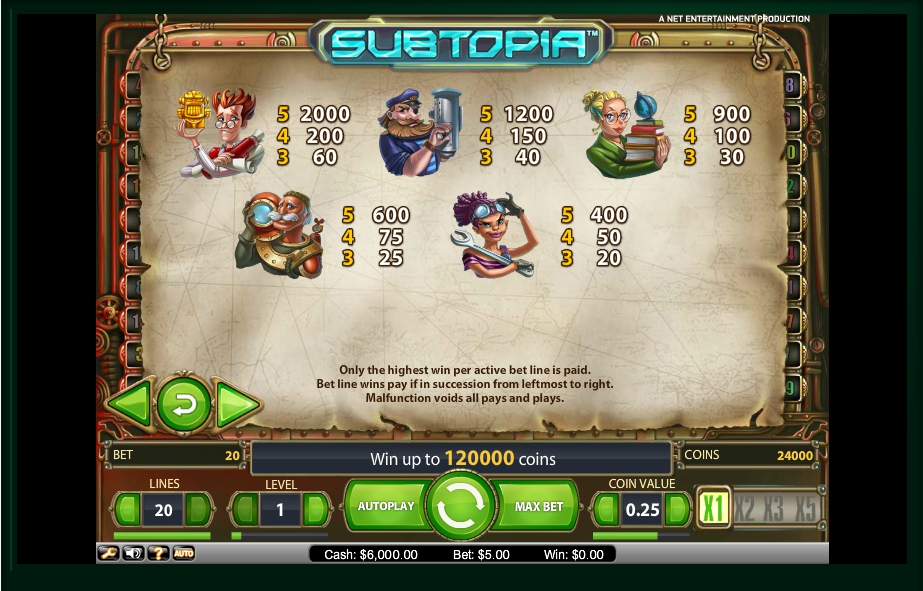 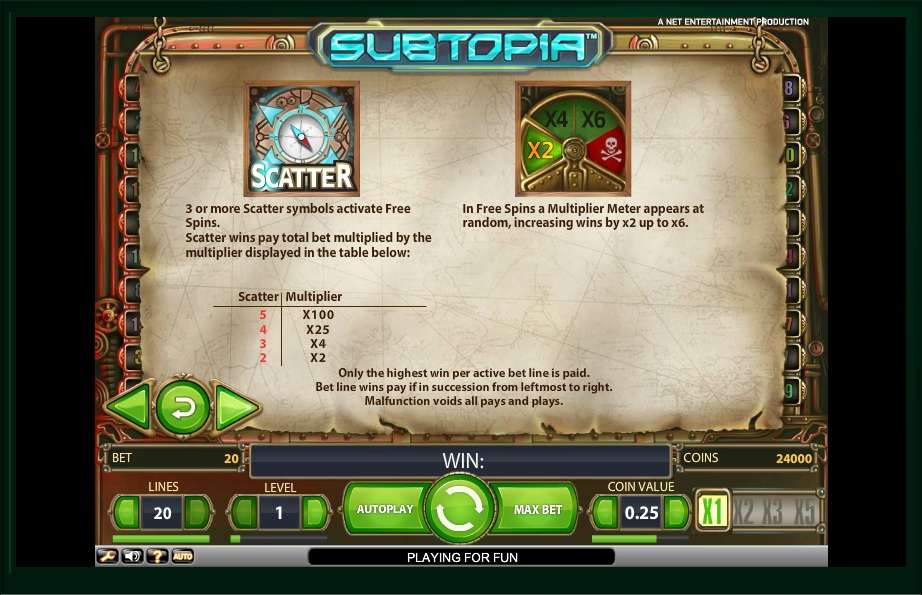 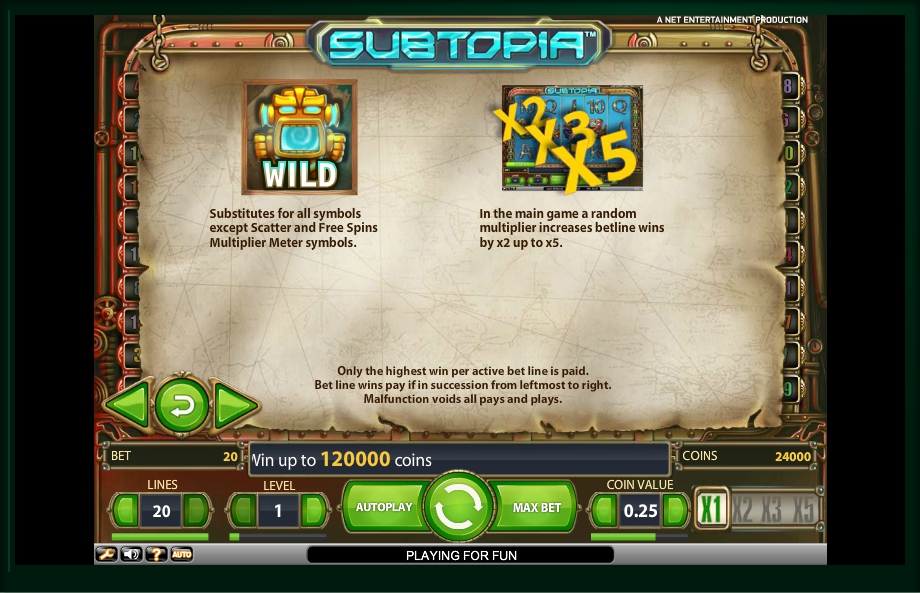 Thematic slot machines for several years continue to remain at the peak of popularity. Thought up to the last character game interface, flavored with a good sound, makes the player completely immersed in the atmosphere and get an unforgettable experience. Subtopia slot machine from the leading casino software manufacturer – NetEnt company – is a perfect example of the game that tells a fascinating story and is able to give a lucky gambler a steep victory.

General description of the interface of the Subtopia slot

Subtopia tells a story about a bunch of enthusiasts who decided to build an underwater city. The interface of the slot machine is made in exact accordance with the spirit of adventure – it looks like a submarine’s instrument panel. The colors of the screen do not cut the eye and are pleasant. The controls of the slot machine are typical for all NetEnt slots and are familiar to each player:

In general, the Subtopia video slot is quite typical for NetEnt: it has standard 5 game reels and 20 pay lines, with the ability to put on each line from 1 to 5 coins. The range of rates varies from 1 to 50 cents. Also, the slot machine has the most common recoil factor for this manufacturer’s slots – 96%, which is quite a high figure.

Before you go on a trip to the futuristic underwater city, you should get acquainted with the team of the submarine, whose portraits are represented on the game symbols:

Also, the Subtopia casino slot has special characters that can significantly affect the gameplay:

Subtopia slot has a progressive jackpot, which is equal to 5000 bets. To obtain the main prize, you must collect 5 icons on the active pay line with the girl-scientist. There are no bonus games in the slot, but this is more than compensated by the coefficient of kickback of the slot machine.

Subtopia has a rather interesting story and an unusual story based on science fiction, which is very rare for gaming machines. The company NetEnt made sure that the gameplay was the most convenient for both beginners and gamblers with experience. And you can play Subtopia for free without registering and investing in any casino convenient for you, in which there is a NetEnt partner program.