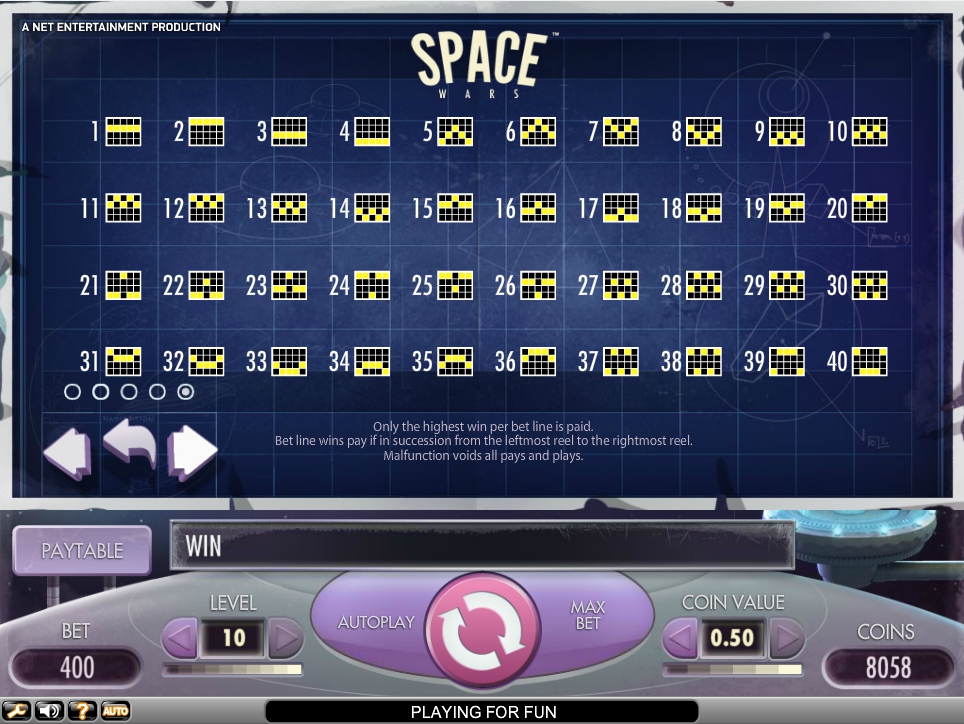 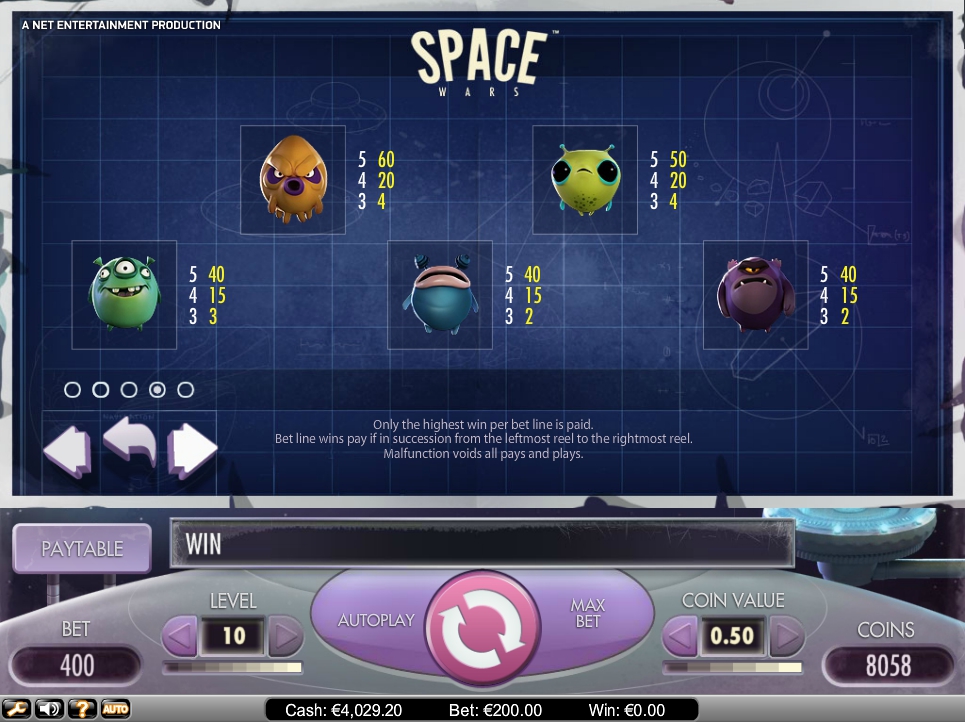 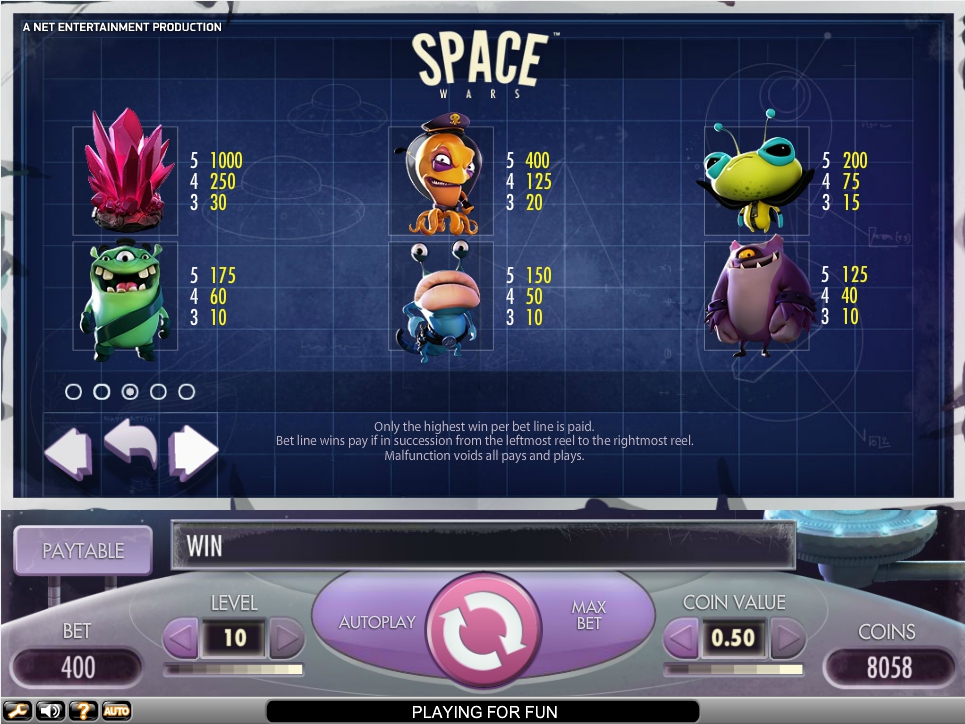 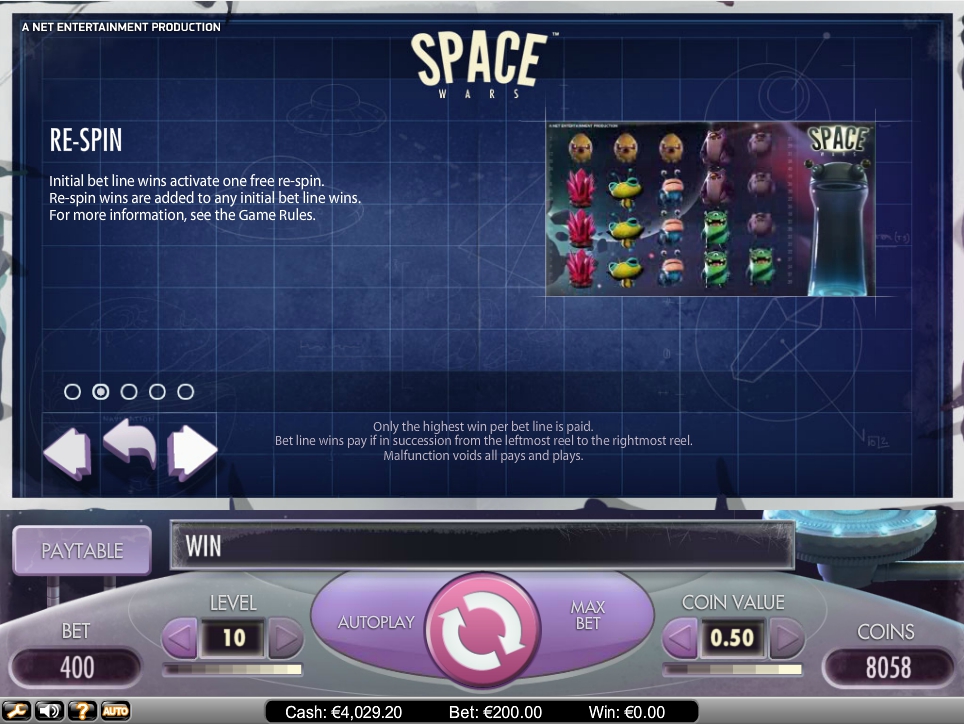 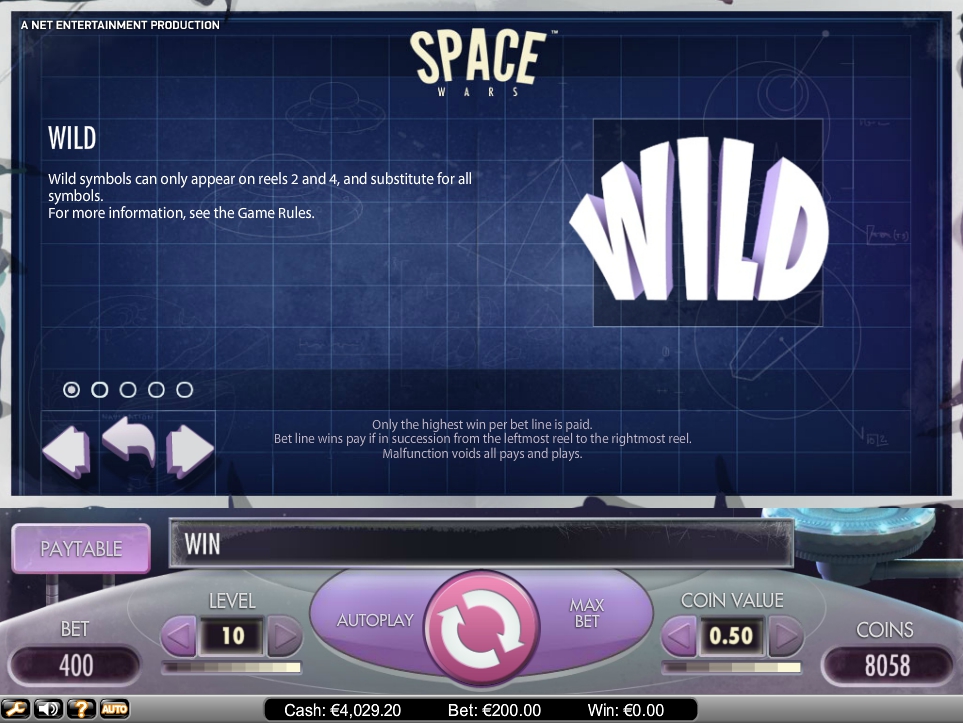 The topic of alien travel and possible life in other star systems has long begun to stir people’s minds, and most likely will not stop doing it until the very first contact with extraterrestrial civilizations. It has already found reflection in many areas of art, and it is not surprising that casino software manufacturers also spotted in the slots about aliens the opportunity of development. An example of a good and colorful slot machine in this area is the Space Wars slot from the Swedish company NetEnt. Join the aliens in the intergalactic battle and fight for the unearthly winnings, sitting in a comfortable armchair!

The game screen of the Space Wars video slot looks like the captain’s bridge of the spacecraft with a view of the vast space and the uncharted planets. It is made in a nice blue and purple tones. The paytable and the slot control buttons are conveniently located at the bottom. And the corresponding sound design completes the immersion into the space battle.

As for the interface itself, it is extremely simple and familiar to every player. The machine has several buttons:

In addition, in the Space Wars casino game there is a Circular Spin function, i.e. repeated rotations with the selected bet parameters after every winning line. In general, the Space Wars video slot is a quite typical NetEnt project: it has standard 5 game drums and 40 active pay lines, with the ability to put on each of them from 1 to 10 coins. The range of bets varies from 1 to 50 cents. Also, the gambling machine has the highest lucky coefficient as for NetEnt slots – 96.8 percent!

Game symbols of the Space Wars casino slot are pictures of various aliens, kind and not that much. Winning lines are starting to form from the left reel, and must have a minimum of three identical symbols. You can learn about the payout ratios in the table in the right corner of the screen. The repeated spin function significantly increases the chance of receiving large payments, so use it, even if you are not a high roller and do not play big. It starts after every winning combination, even with the smallest multiplier. There is no scatter in the game, but there is a wild symbol – a mad yellow alien. It appears exclusively on the second and fourth drums, so it cannot form lines, but it makes it possible to greatly simplify the task of obtaining a high-value combination. The jackpot in the game is 1000 bets, and you can double it if you win the standard bonus round for doubling, which requires you to guess the color of the card!

The Space Wars free slot definitely will not only please fans of stories about aliens but in general all fans of fortune and excitement. This slot is somehow outstanding and has simplicity. You can play the Space Wars for free in any casino with the NetEnt affiliate to make sure of it.