Piggies And The Wolf Slot Machine 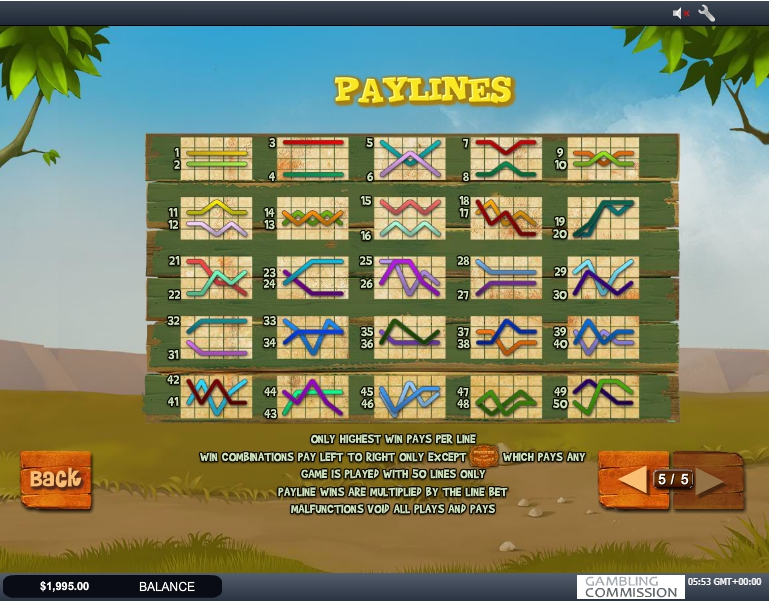 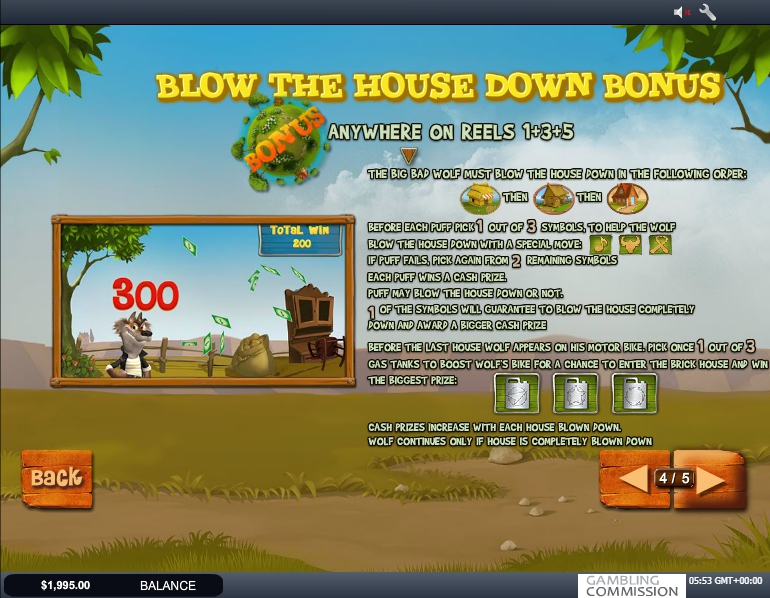 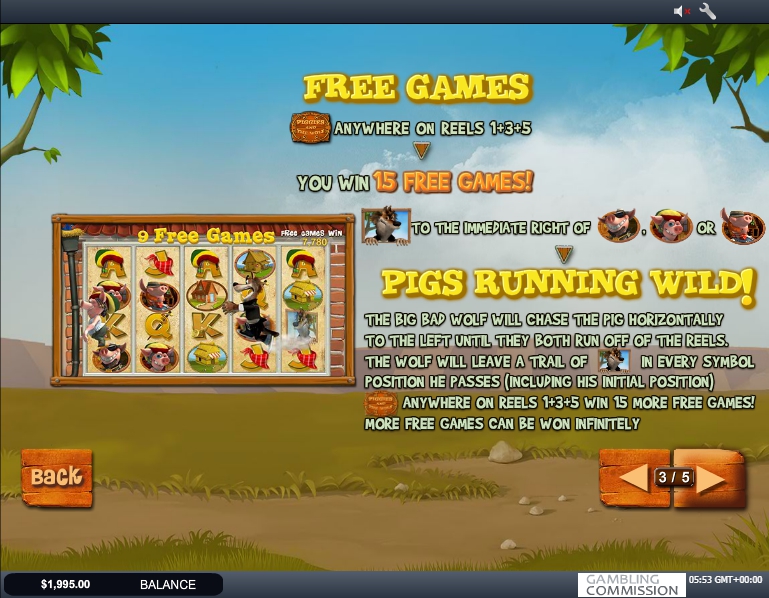 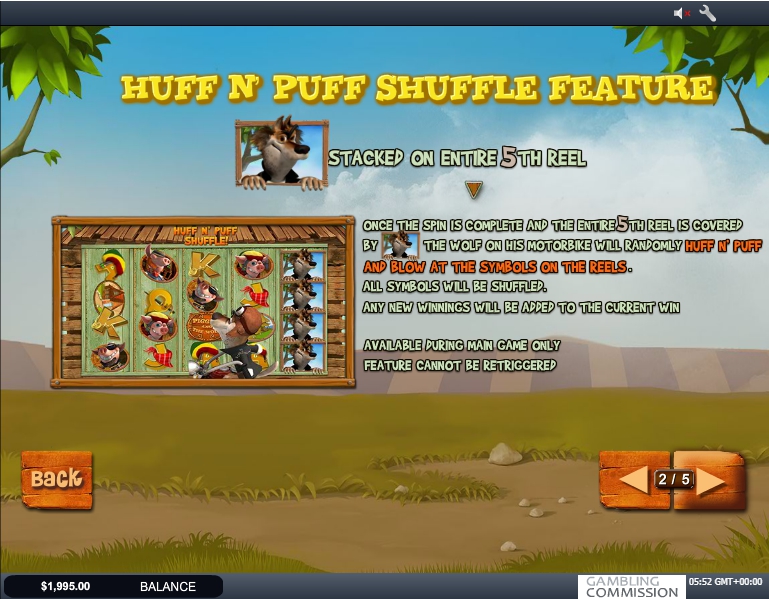 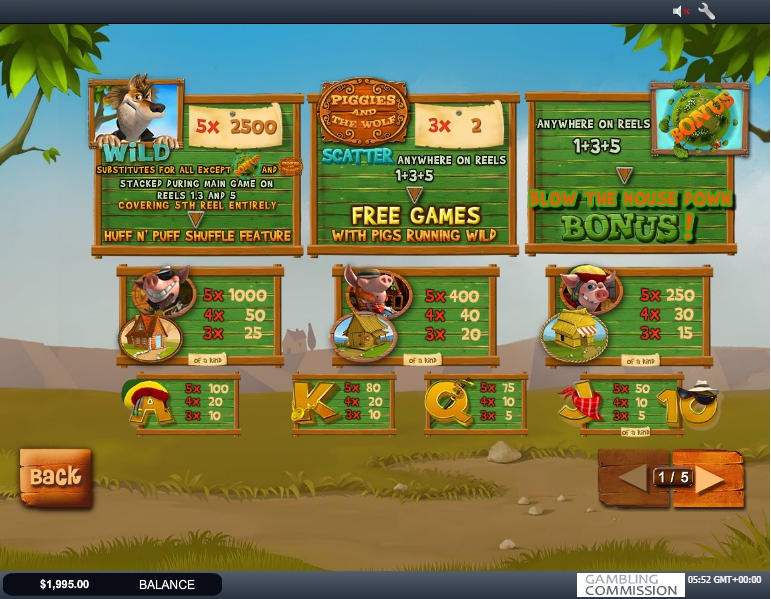 Piggies And The Wolf Slot Review

Everyone heard an old fairy-tale about three little pigs, their homes and a cruel wolf who came to destroy their houses and eat their inhabitants. However, just imagine the situation if those three victims were actually bourgeois pigs, while the Wolf is the hero who decided to withdraw their treasures and give them to those who are really in need. In this case the picture is totally different, and you are happy to help the Wolf in its harsh class struggle for simple workers and poor peasants.

That is why the Playtech slot development team have decided to present the Piggies and the Wolf slot in the way described above: the Wolf, being the main hero, striving against three greedy pigs for the sake of joy for ordinary people.

As for the gameplay itself, it is fast-paced and stylish, designed in the manner of a 3D cartoon with animated symbols on 5 reels with 4 rows to play around, and 50 paylines to make combos. The minimum game bet here is limited to 0.01 while the maximum one can be set up to 50 credits depending on an actual game portal currency in use.

Besides, there is a wild symbol, an opportunity to gain free spins, and, without a doubt, a bonus game with its own features and mechanics. If all these things are not enough, there is an option to win the jackpot of 2500 credits and withdraw it within an actual currency of your choice depending on the fact which one is used within online game portal you are currently at.

The main special feature of the Piggies and the Wolf slot machine has is an additional bonus game that is literally a game in the game. From the beginning, once the player collects a required amount of bonus symbols, he/she can play as the Wolf who is ready to blow those rich pigs out of their houses and reclaim their belongings in the name of good people. The game contains three stages with growing difficulty. From the start, the Wolf has three options of how to blow.

It may be a dance, or ninja, or buffalo blow, he makes that you order to do. Secondly, each blow is effective for each of the house in certain ways. The first one can be easily blown with the buffalo one, and as straw falling out, and frightened pig runs out, you have to follow it until you reach the wooden house of his older brother. Here two of them are hiding. Making another blow and gaining a new win, you trace them further to the stone house that cannot be destroyed easily.

Moreover, here the tools are changed since the Wolf here rides his bike in order to catch pigs. Here the player should be careful since the fuel goes to zero, and the bike should be recharged. No wonder that the player should choose what fuel to use, and if the choice is wrong, the bike may explode suddenly and the bonus game ends. In other case, the run goes on, and the third house may be also torn down, and the wolf successfully returns from his mission of honour.

Piggies And The Wolf Slot Symbols