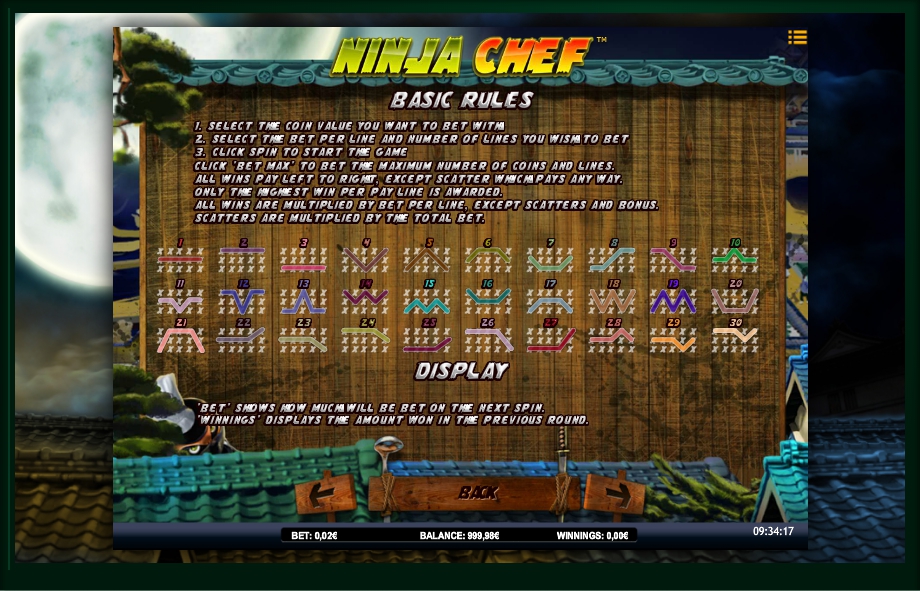 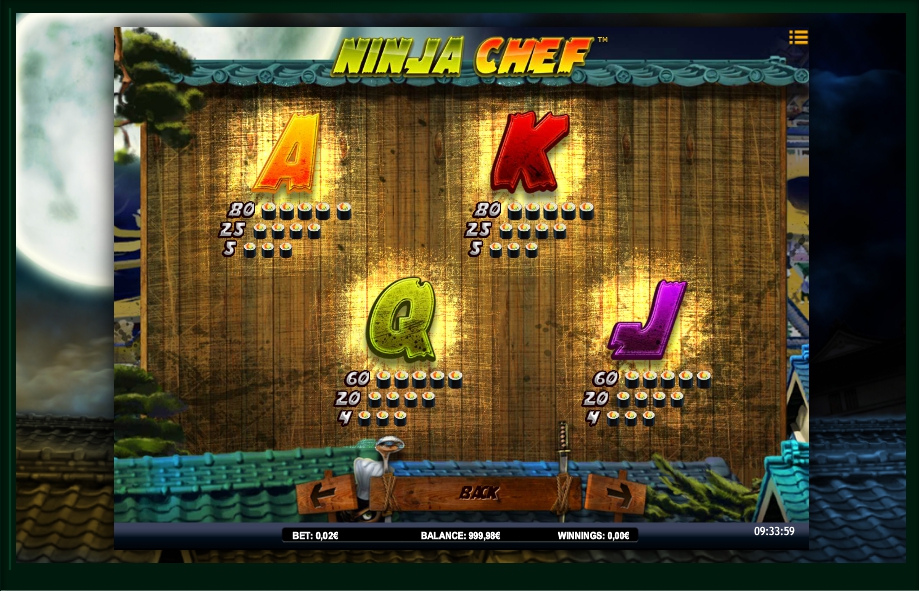 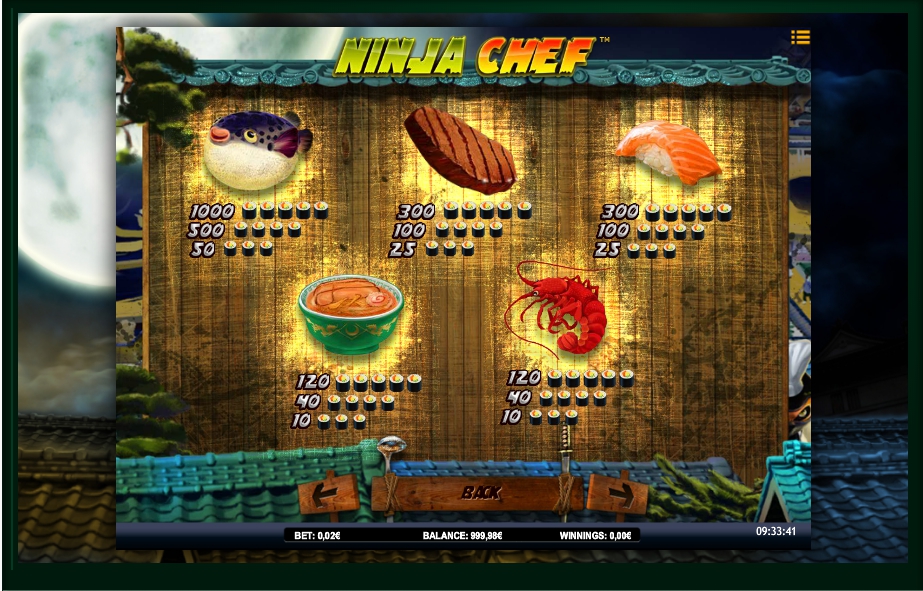 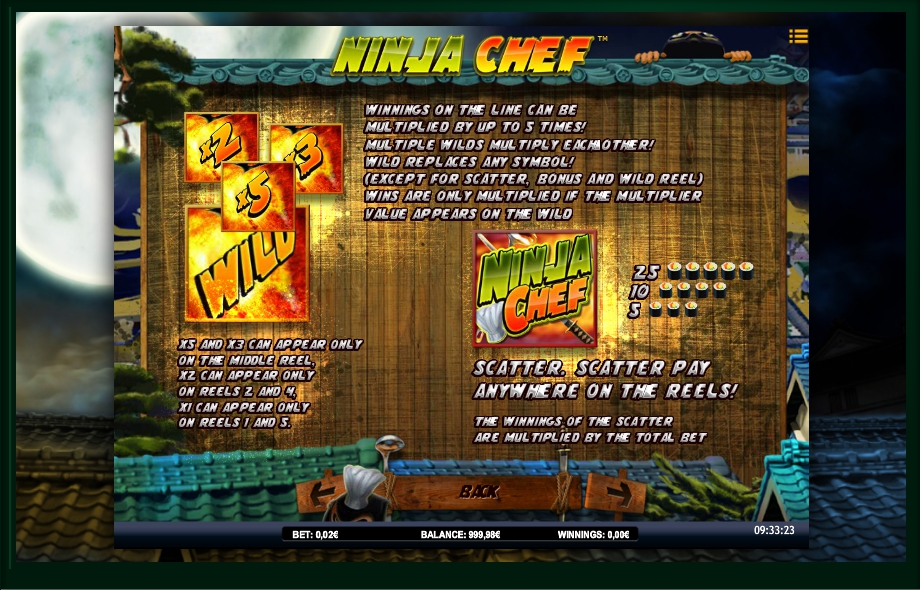 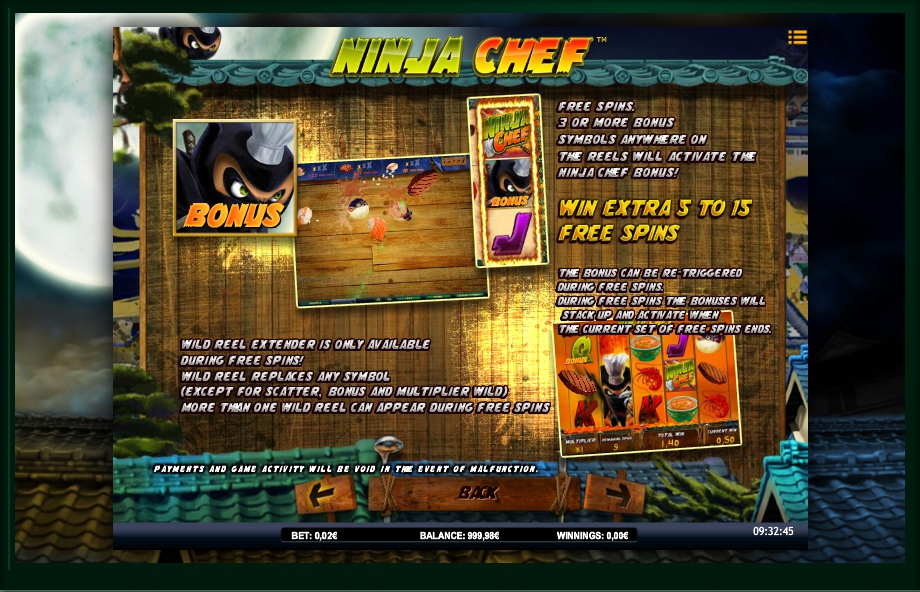 According to the surviving chronicles, ninjas were fearless and prepared people. A ninja was required to be able to obtain any necessary information, to use any object as a weapon, to defend himself against any kind of weapons, to suddenly arise and quietly disappear. Gambling machines often help gamblers not only to break decent gains, but also to make virtual trips to different points of the planet. One of the most popular topics for the developers of gaming slots are the Wild West, Egypt and, of course, the countries of Asia.

The Ninja Chef slot machine will transfer the player to the mysterious Japan.

For a long time, Japan has been a secretive country, not inviting tourists to visit it, so now, with the rise of the curtain, many travelers turned their gaze to this fabulous place. And not only travelers! Many developers in their games introduce users to the traditions and life of this country. Slot Ninja Chef encourages the audience of players to join the famous Japanese cuisine: rolls, sushi, Japanese soup and fish.

For all fans of sophisticated Japanese delicacies and just those who love a colorful game, the iSoftBet developer has done a good job. The design is made in dark colors. The video slot is made in a cartoon style and looks rather positive. The colorful dishes and their ingredients stand out well against the general background.

When the game starts, a funny ninja appears on the screen, with the chef’s cap. When you load the game, this picture is moved to the background, and five reels appear in the middle of the game screen. All pictures are animated. If they fall into a combination, they begin to execute programmed actions. During the main game process, a Japanese style melody sounds. In addition, the keystrokes and the rotation of the reels are announced.

Low rates make the game accessible to players of any class and level. To set a desired amount, click on the line bet button. In the next window, the player will see how the amount will change. Then install the game lines, the number of which can vary from one to thirty. To do this, press the Line key.

For the game, the automatic reel launch mode is available. If the player wishes to start the rotation independently and get maximum pleasure for the game, then it is possible to use the spin button.

Winnings on a payline can be multiplied x2, x3 and up to x5 times, while multiple wilds multiply each other. 3 or more Bonus symbols anywhere on the reels will activate the Ninja Chef Bonus. Players can win from 5 to 15 extra Free Spins.

A 1,000-coin jackpot will be awarded when 5 Fish symbols emerge on an active payline.