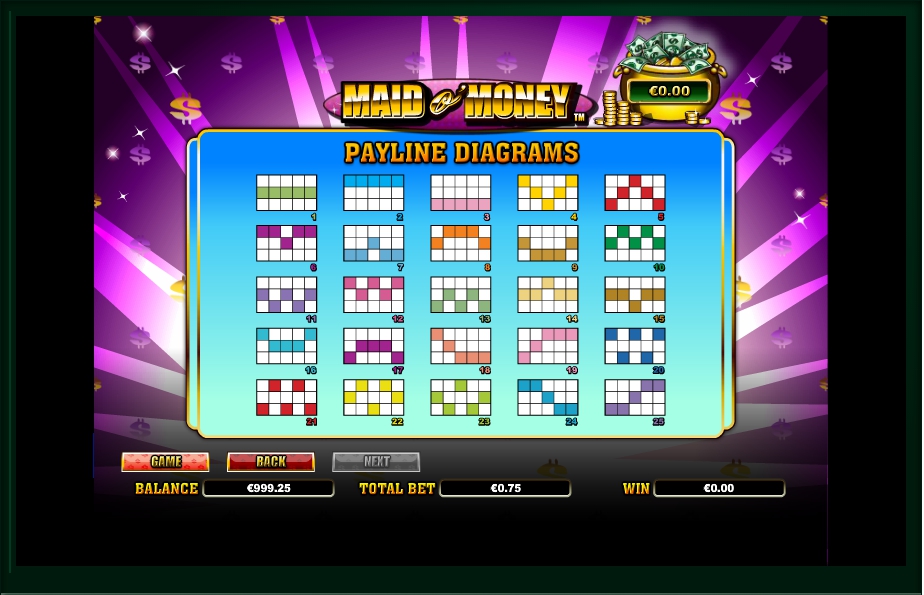 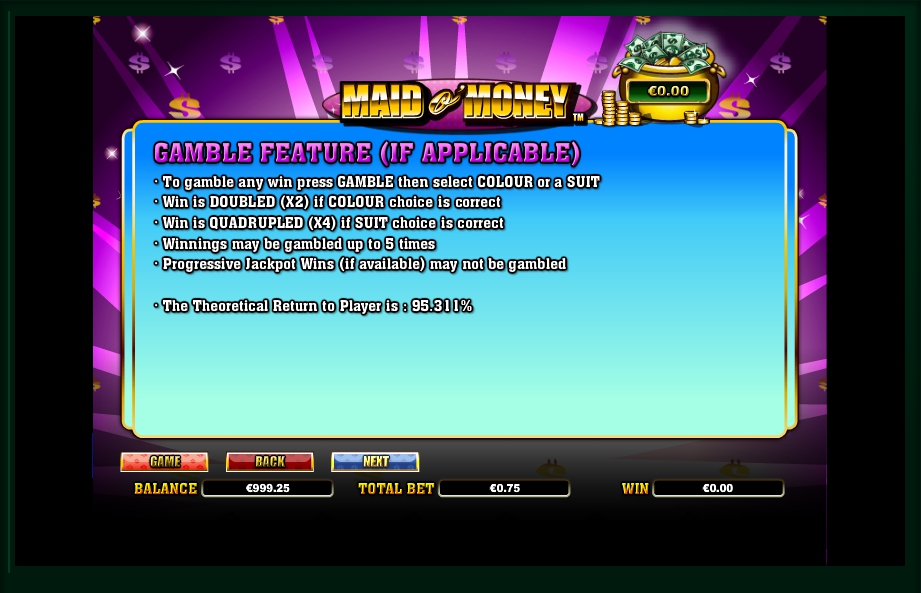 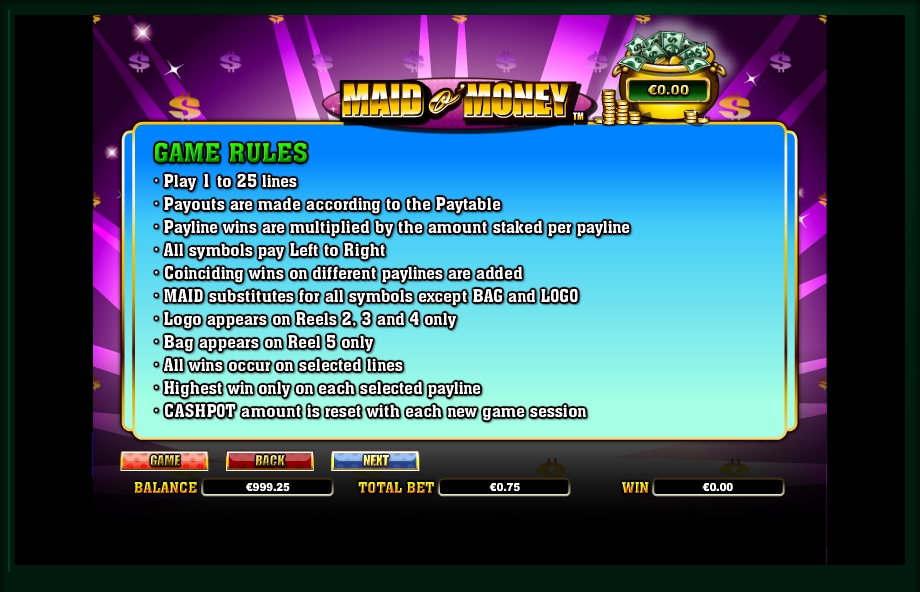 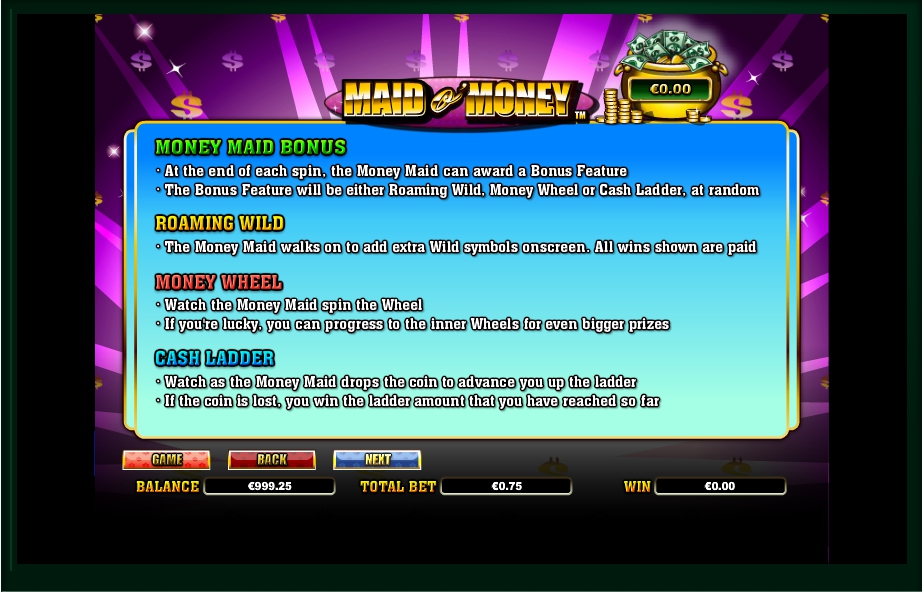 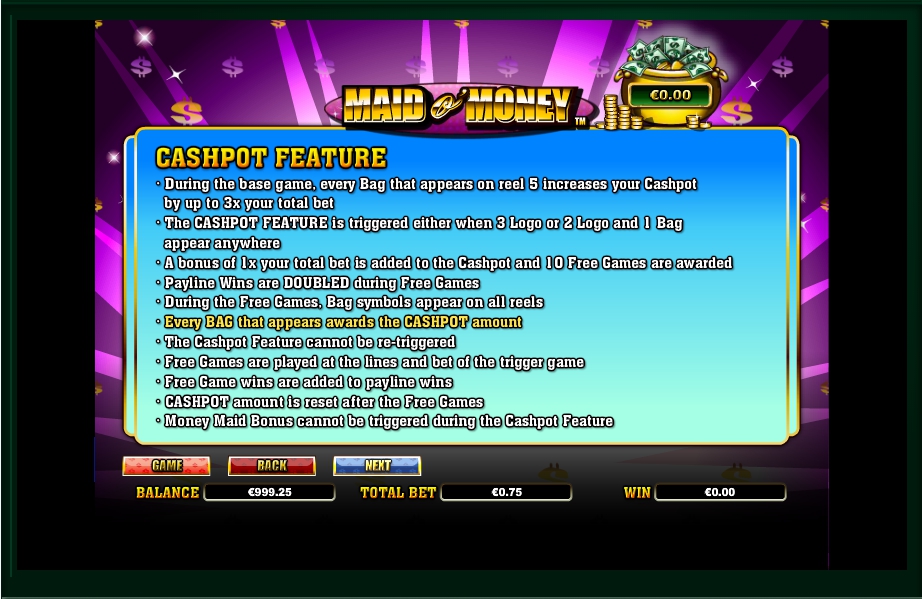 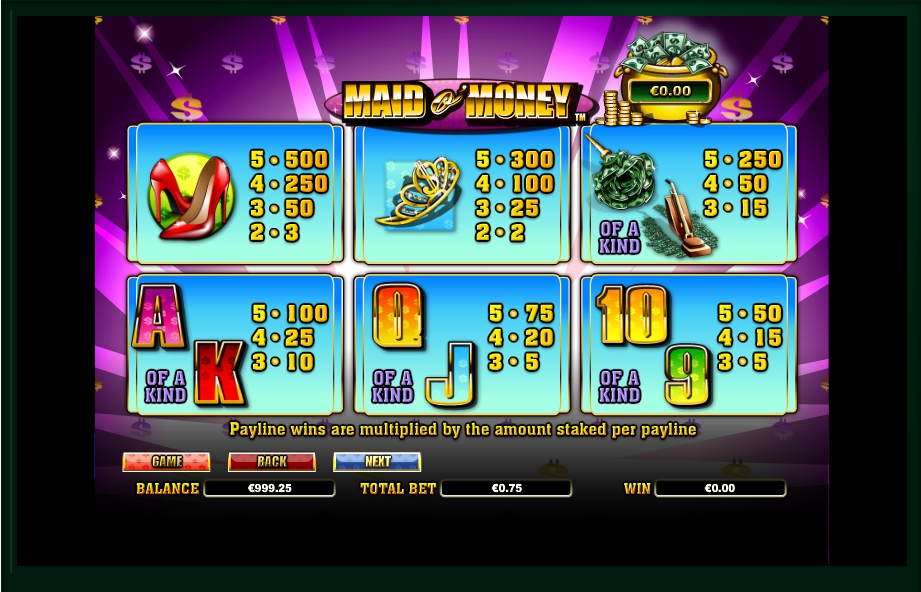 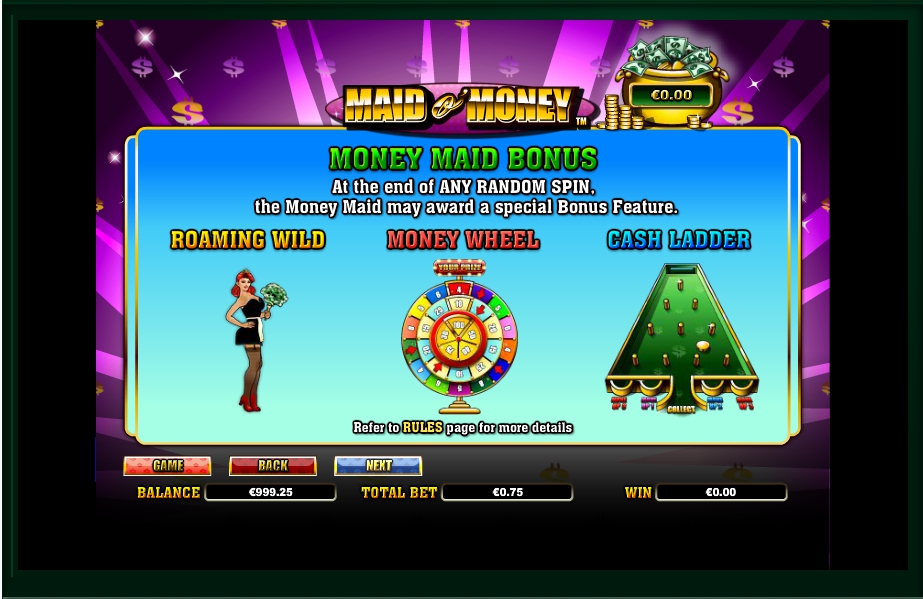 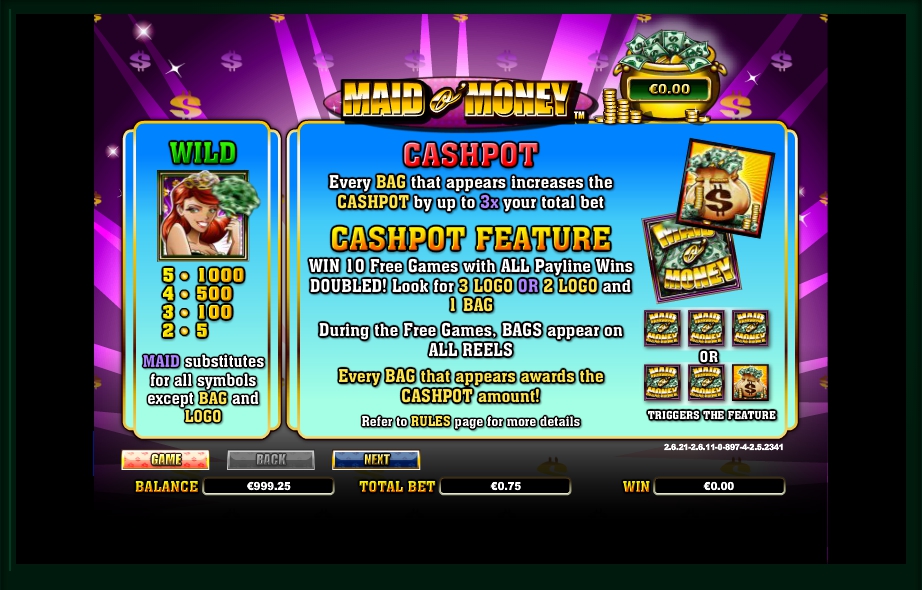 What could be more suitable for a slot machine than the attributes of wealth in all their glory – luxurious women, a large currency, bouquets made not of flowers but of bills? All this is enough for the world of gambling. In fact, that is the way of the industry`s existence in principle. Therefore, it is not surprising that the subject of luxury and wealth is played out at every game by various developers. They create both classical video slots and the latest entertainment versions.

The “NextGen” developers also decided to beat this subject and released into the entertaining world of stunning design characteristics the virtual slot called Maid O ‘Money. The symbols of elite life that awaits anyone, who wants to take a chance in this game, are present here. The design of this slot is thought out perfectly well. It completely corresponds to the theme of the game. Therefore, it contains a lot of bright and, certainly, expensive brilliants. On the splash screen, which the player sees at launch, a luxurious woman with a bundle of bills in her hand is drawn, and then the playing field with the drums and buttons immediately appears. The background image is designed in purple tones with the images of currency symbols. The playing field itself combines symbolic green and yellow colours with lots of sparkles and mirror effects. The graphics of the game is advanced and modern. When you win, the lines are highlighted, and the process itself is filled with animation, special effects and inserts that dilute the storyline.

The Maid O ‘Money gameplay is diverse, having many functions and special features. The main game consists of 25 paylines, which are regulated by the Lines slider, and 5 reels. To start, the user can use two buttons – Spin and Autoplay, depending on the game mode. You can make a bet by clicking on Bet, or immediately placing a maximum with the Max option.

The same option is also available for adjusting of the number of lines. The Gamble button is special – it is activated only after the winning round in the main game and gives the opportunity to play the game for doubling the profit.

The most important is the image of a red-haired girl with a bundle of notes in her hands. It will help to break the jackpot in the amount of 1000 credits, if it falls 5 times on the line. In addition, it is also a wild symbol. The beauty can replace any other symbol (except a logo and a bag) to complement the combination.

The scatter is represented by a bag with green notes. It does not have its own coefficients, but each of its appearances increases the total rate three times. In addition, if you lose three of them on the field, a bonus round with ten free-backs is activated. This way, the bag appears on each reel. Another symbol of the scatter can be considered to be the logo of the game. It is also capable of activating free spins. It is worth noting that the logo drops out twice, and the bag is one per round.

The video slot also provides three bonus rounds at the end of the random spin:

So, for the especially risky players, the slot contains a risk-game for doubling. Pressing the Gamble button after a successful round in the base game, the gambler opens the tab with the bonus one. The rules are simple: you need to guess the colour or suit of the card hidden under the shirt. The correctly guessed colour increases your profit twice, and the suit does it fourfold. You can play up to five times, or you can immediately pick up the winnings.