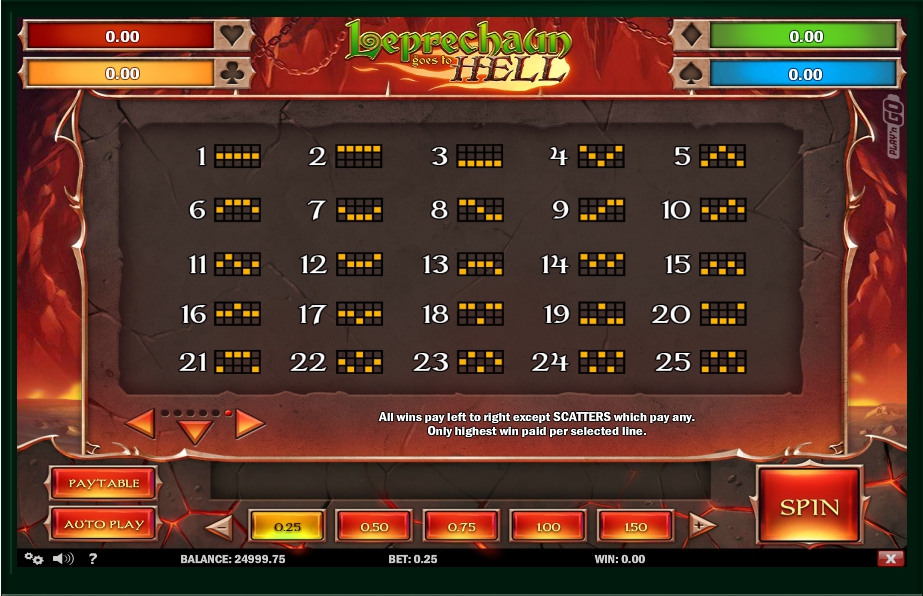 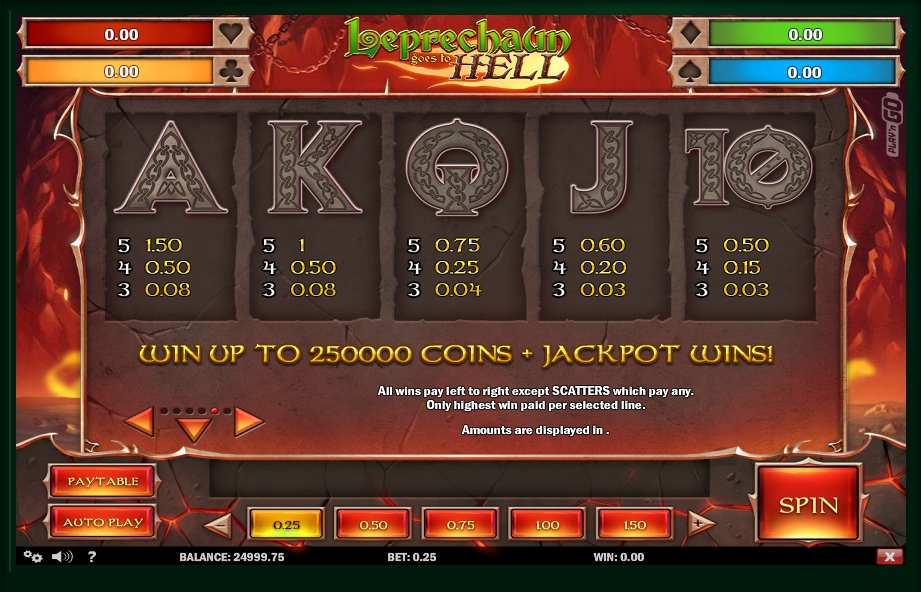 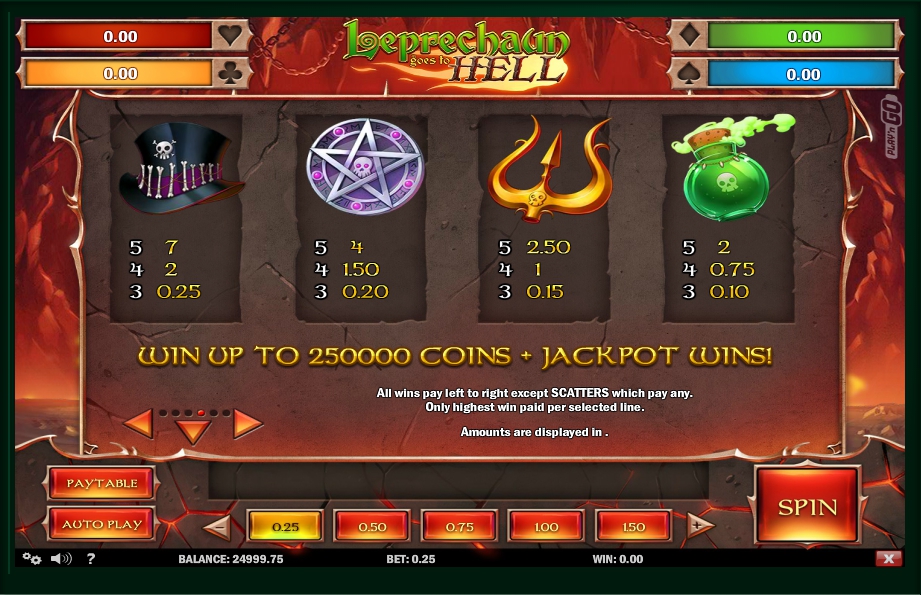 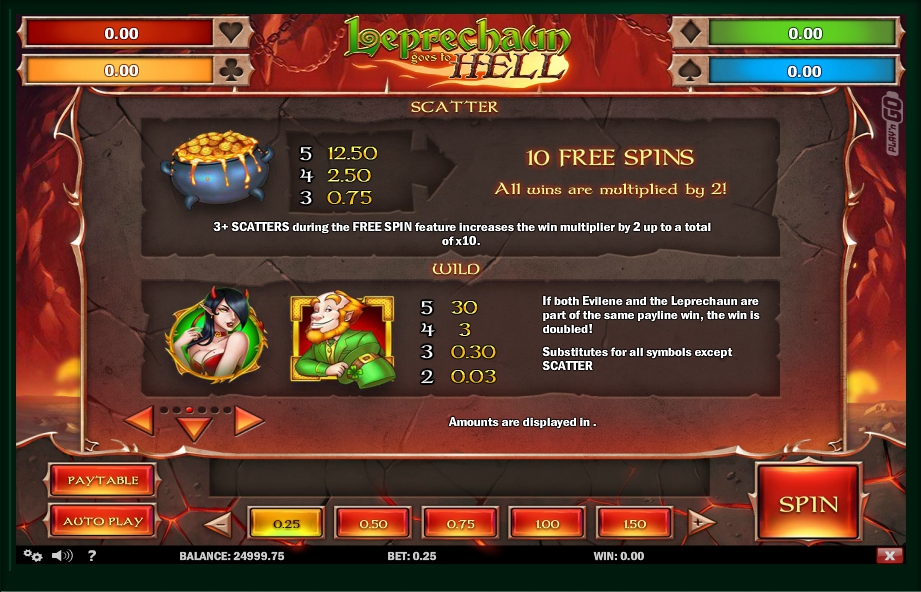 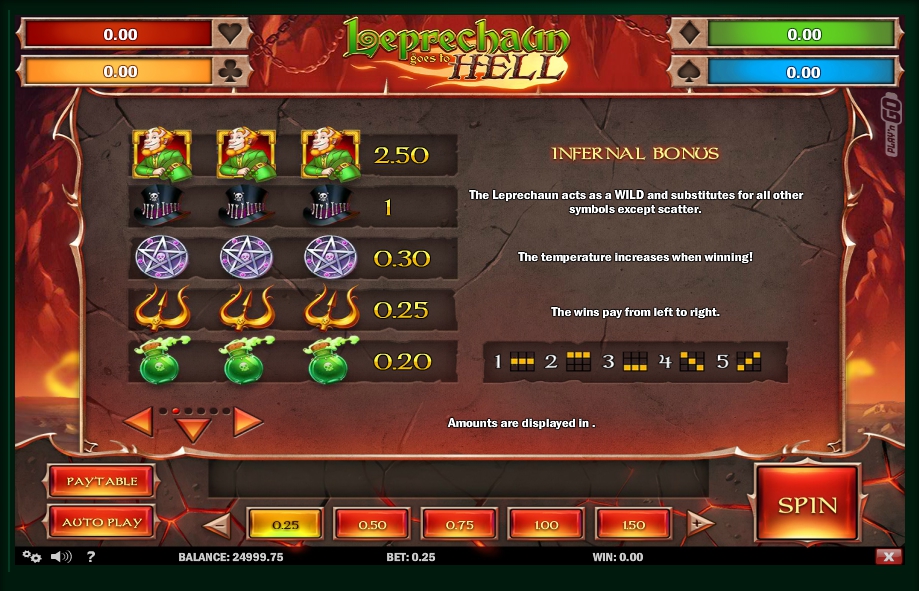 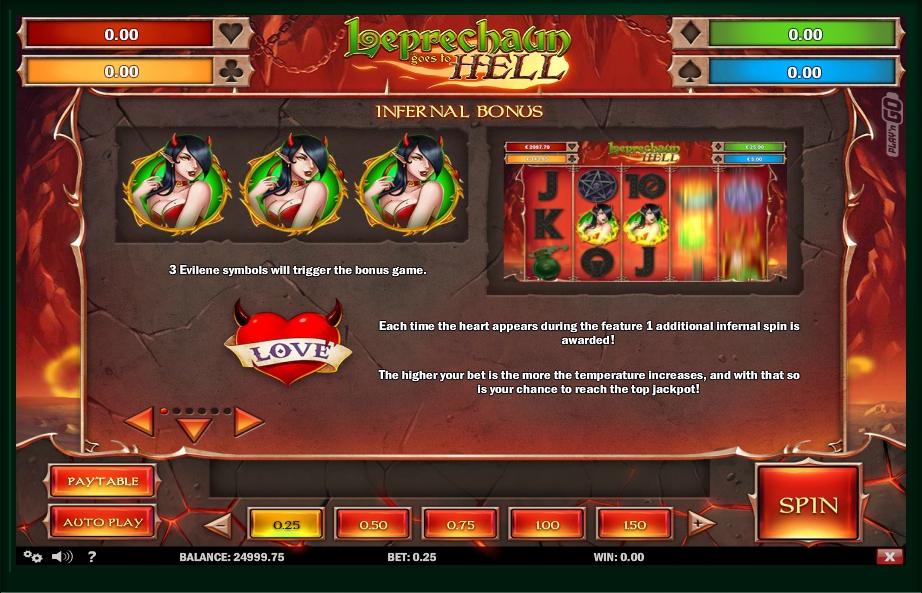 Today we will talk about an unusual online game of the Play’n GO company. First, here is played a leprechaun. As we know, this character is a wizard of Irish origin, often found in folk tales as a small man in green clothes and with a red beard. Secondly, hell, no less fantastic place, is affected. No one will agree to visit its fiery jail, according to their will. Many adventures are expected by brave people who decided to stand on the side of the green hero.

Being in the mouth of hell, it is easy to guess that the prevailing colour on the background of the video slot will be red. In the central part of the game interface are 5 reels and 25 paylines. The background of the drums coincides with the game atmosphere. It is monotonously red with a spewing flame in the distance. At the very beginning of the game, a small promo video is shown, exposing the most highly paid characters in the game and the conditions under which the jackpot can be activated. By default, you can activate only all 25 lines, so the control panel is almost entirely occupied only with options designed to fix the amount of the fee. With the help of plus / minus switches, participants are offered to choose one of the loan values.

To start the reels there are two buttons: spin and autoplay. To view all nuances, familiarize yourself with the characters, ways to start special modes and place the elements. You should refer to the paytable section, consisting of several pages.

A scattered symbol, dropping out on any position of the gaming machine, regardless of the location, charges a fixed payment for 2 or more copies, and also activates a bonus mini-game with 10 free spins. During this round, each winning received is additionally multiplied by 2. If during the bonus game 3 more or more pots are on the screen, 10 more spins will be added to the rest of the rounds.

With three girls on the screen, activation of the “Love” bonus game takes place. Each heart that appeared at the time of the prize round allows you to re-spin, and the value on the thermometer increases on a special scale with a temperature, giving you a chance to get a big jackpot.

In this case, during the bonus mini-game, it is possible to drop combinations of a maximum of three elements, the coefficients of which differ from those that are available during the classic rounds.