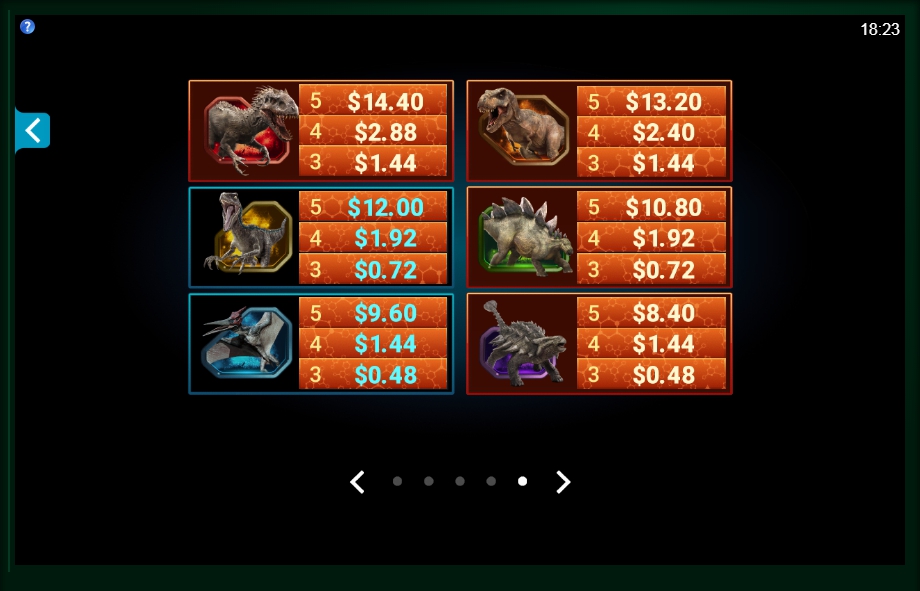 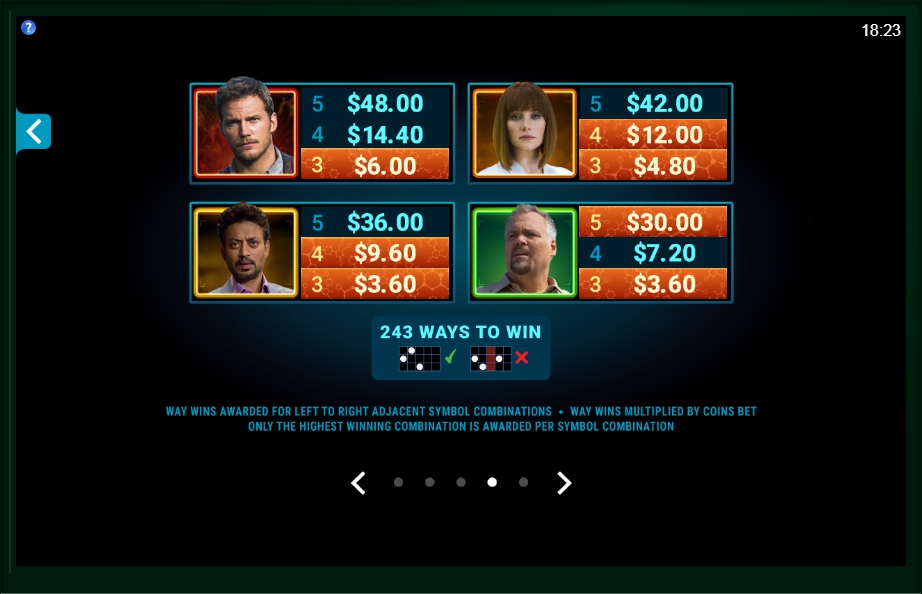 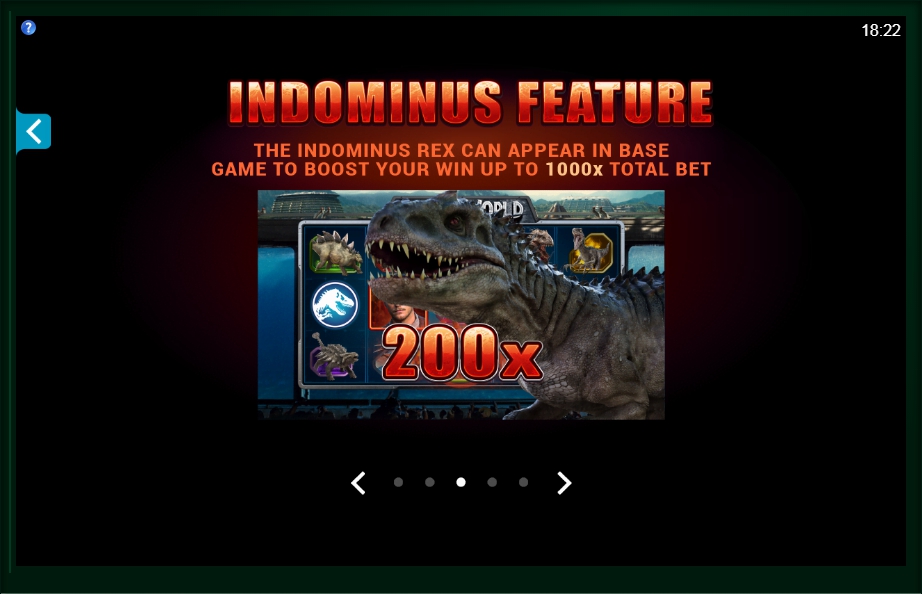 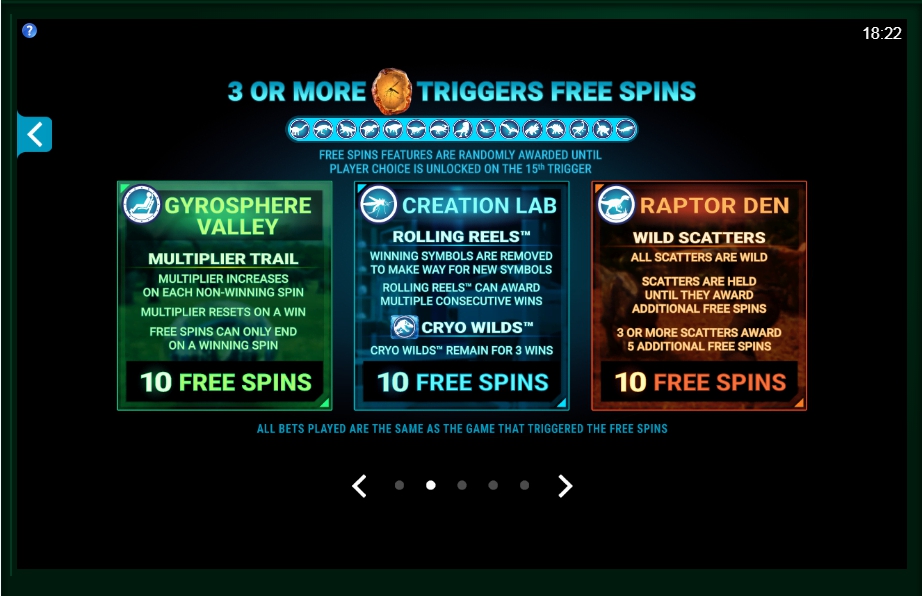 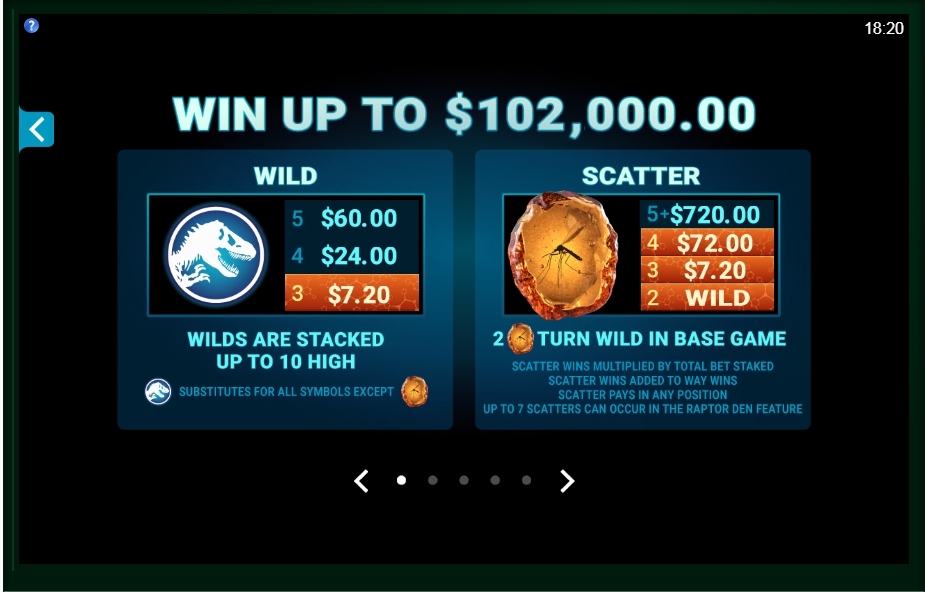 Not so long ago, a new exciting slot called Jurassic World appeared in Microgaming’s portfolio. Popular films often inspire the manufacturer of gambling content to create slots of the same name. In the Jurassic World game, the developers implemented all available technologies by placing 243 paylines on 5 reels. The slot will also surprise you with excellent graphics and numerous bonus rounds, during which payments increase your bankroll to incredible sizes.

A film about dinosaurs and the world of the future has become very popular. As you know, Microgaming always follows new trends, so it decided to release a thematic slot dedicated to the film of the same name. To complement the appropriate atmosphere, the developers even used actors and dinosaurs.

In fact, the graphics of the game are made at a high level. Every detail complements the overall composition. As it was already mentioned, the playing field offers 5 reels and 243 lines. In the background, there is a legendary zoo where dinosaurs from different families live. As expected, the developers used a lot of 3D technologies, because such slots cannot exist without this feature. Also, dynamic animation should be noted. The characters and heroes of this story come to life and give large payouts.

Would the slot be realistic without surround sound? Hmmm…No! The creators of Jurassic World slot have added realistic sound, so dinosaur growls can scare players who have not watched the movie.

For greater convenience, developers have reduced the number of function buttons. The participant only needs to bet and select spin mode. Lines are active by default and the Bet option determines the size of the contribution. After preparing, click Spin or Autoplay.

In addition to actors and dinosaurs, several bonus symbols have been added.

Wild appears in long stripes, each of which can contain up to 10 jokers. It forms combinations according to general rules and also replaces ordinary pictures in other chains. Please note, Wild loses its power along with other bonuses.

Expect Scatter to appear in any cell. These combinations are paid at the total rate plus an additional multiplier. Two Scatters in reels turn into jokers. Three of these icons trigger one of the Free Spins types:

Indominus Feature is another bonus round that is randomly activated. Before its activation, the player will see a large dinosaur that creates a characteristic roar. After that, it will increase the payout.

This is a fun and at the same time dangerous adventure. Jurassic World features advanced graphics that are not available in most modern slots. Furthermore, the slot machine contains many special symbols and free spins that help win real money!

Dinosaur with thorns on the back