You can not play this game for free
For free slots game go
Play free
or
(14 votes)
Game Played: 6
Full screen: close 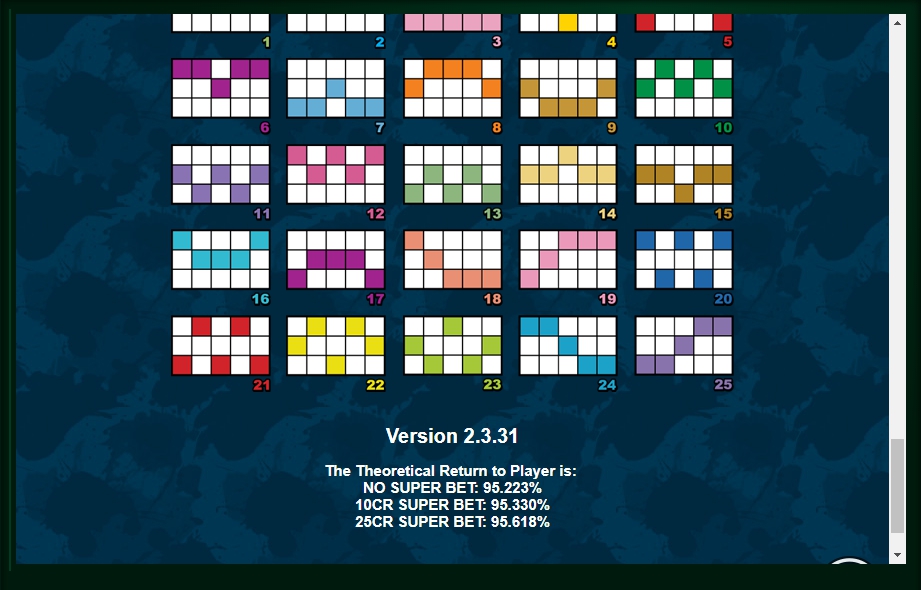 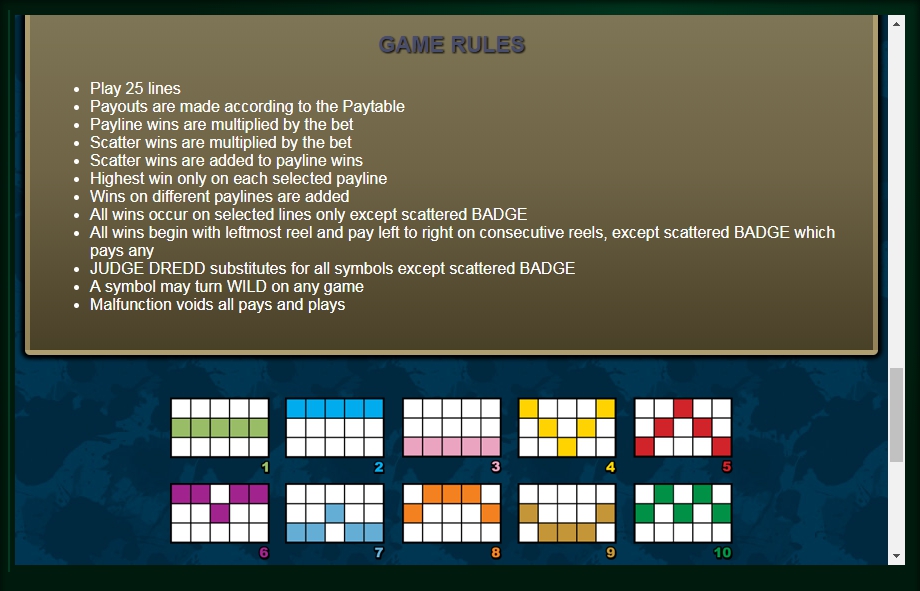 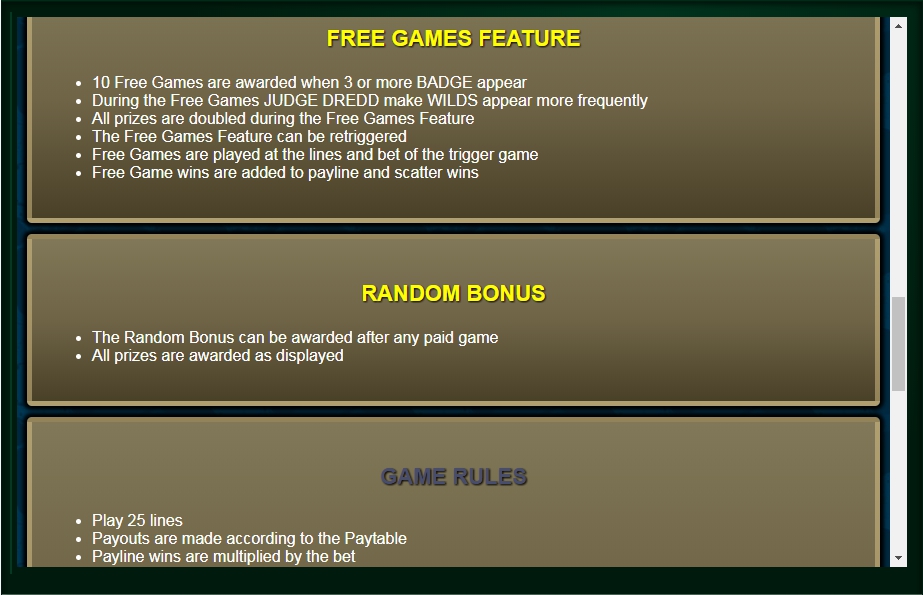 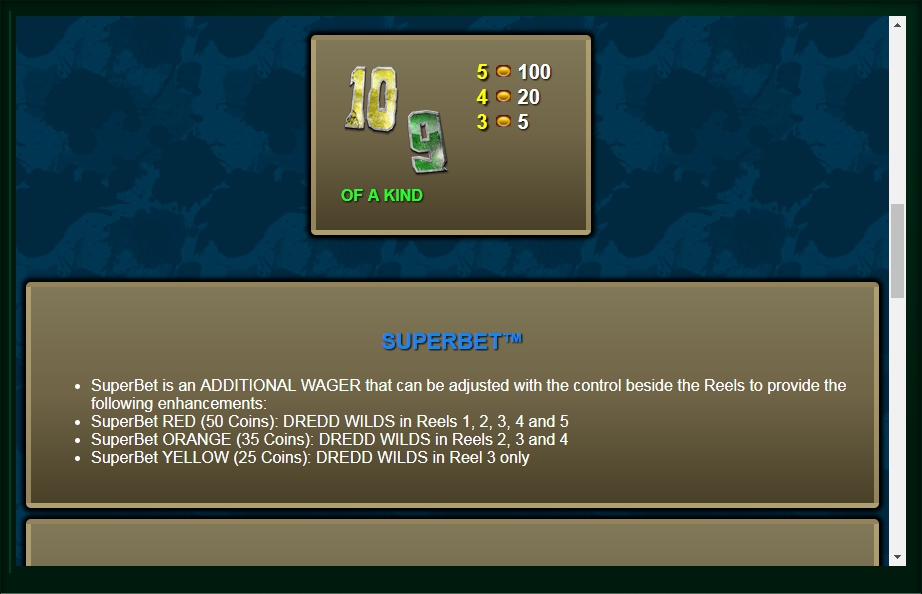 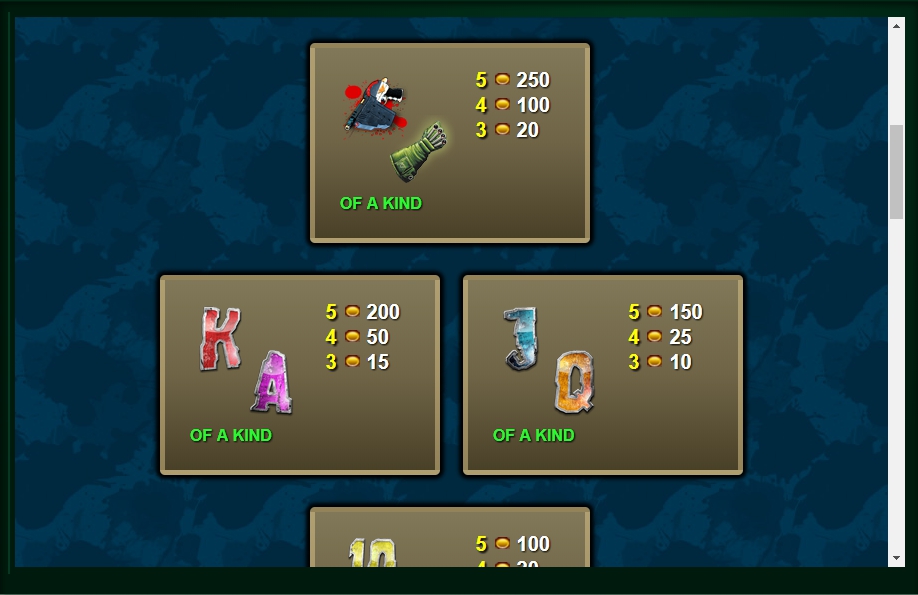 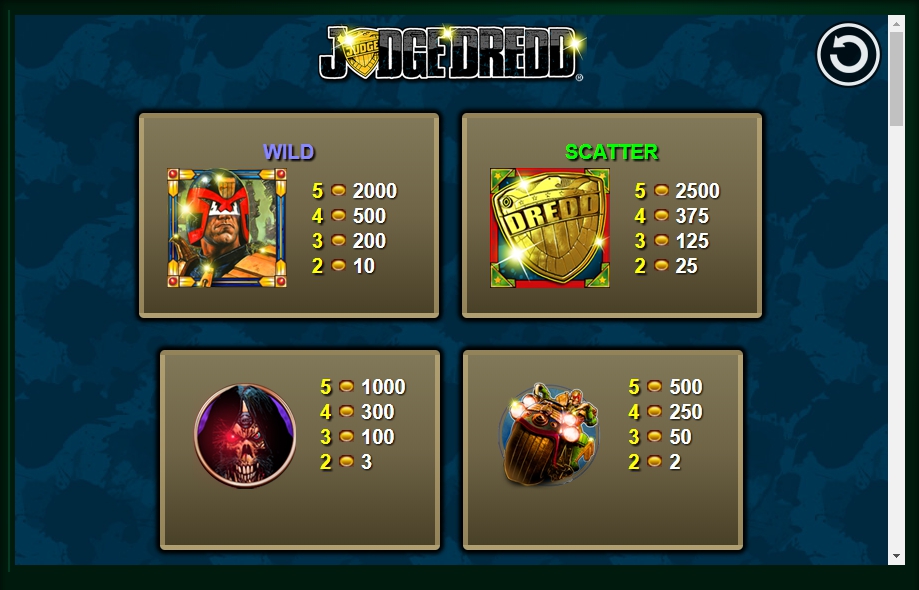 He drives around on a huge motorcycle, the upper half of his face is covered with a mirror shield of a helmet, and the bottom expresses total contempt. During its stay in the gambling market, NextGen Gaming was able to release a lot of gaming machines with different themes. This time the company decided to present its fans with exclusive entertainment called Judge Dredd.

The basis for this video game was a famous film with the same name. This is not the first game in the plot of which is a popular film with the participation of Sylvester Stallone. The surveyed apparatus is devoted to a fantastic plot, headed by a strict judge. The tape tells the story of a fearless and brave hero from the future who administers justice, punishing terrorists, murderers and maniacs.

Despite its specific themes, the machine turned out to be bright enough, interesting and generous for payments. The first thing that a user will see when hitting the open spaces of this gaming machine is a panorama of the city from the future. It is worth noting that the picture was quite plausible thanks to the excellent graphics that are present in the game.

The animation support of the device deserves the attention of the guest. With its help, the characters on the screen come to life, and in the city the time of the day changes. The control panel in the game is located at the bottom of the screen. It is quite simple and functional at the same time. In the middle of the monitor is a game field with thematic pictures.

Before the client goes to the city of the future for prizes, he needs to set the necessary game parameters. Initially, you need to bet. You can do this with a blue and red triangular key. The size of the coins can be from 0.05 credits to five. In addition, on the machine, the customer has the opportunity to activate the Super Mode.

If necessary, the client can use the key with the letter “i”, which has information about the rules of the game.

This online-game has a wild picture which is Dredd himself and a scatter image which is a badge. The 1st one in base play appears on reel 3 only but if the user activates the superbet option it will land on all reels. This also increases the bet level accordingly.

There is also a Judge Dredd feature. The most important feature of the game is the free spins. They are triggered when you get 3 scatters on the reels and you win 10 free spins with all prizes doubled.