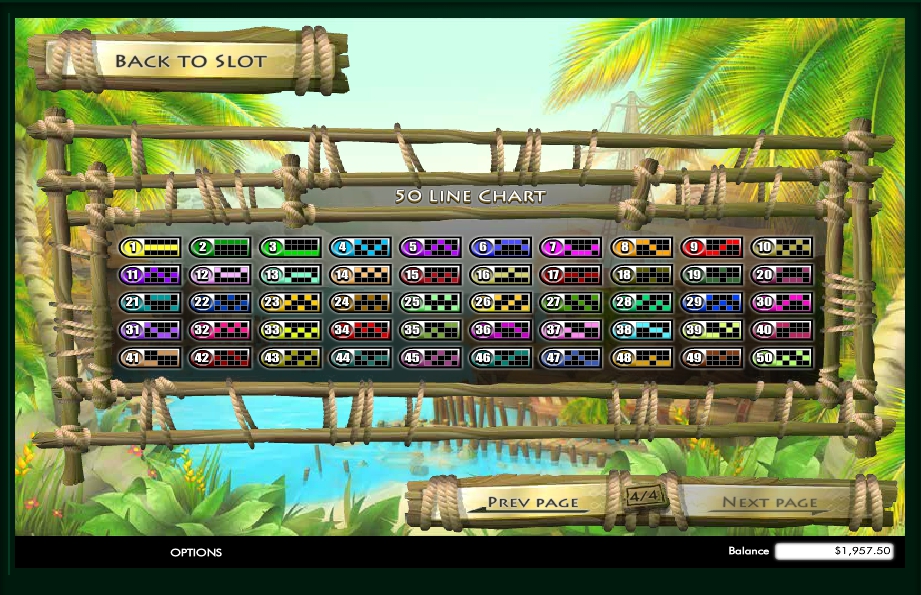 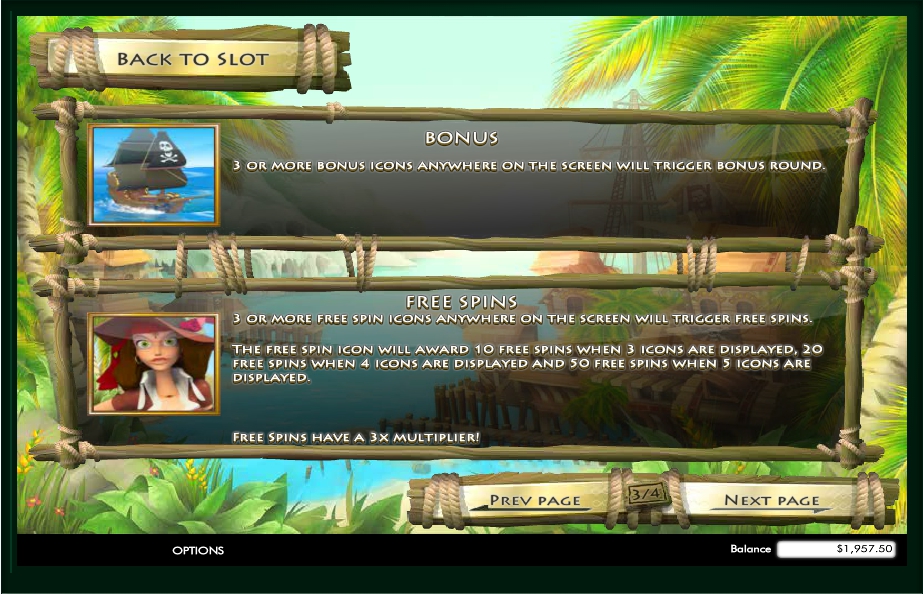 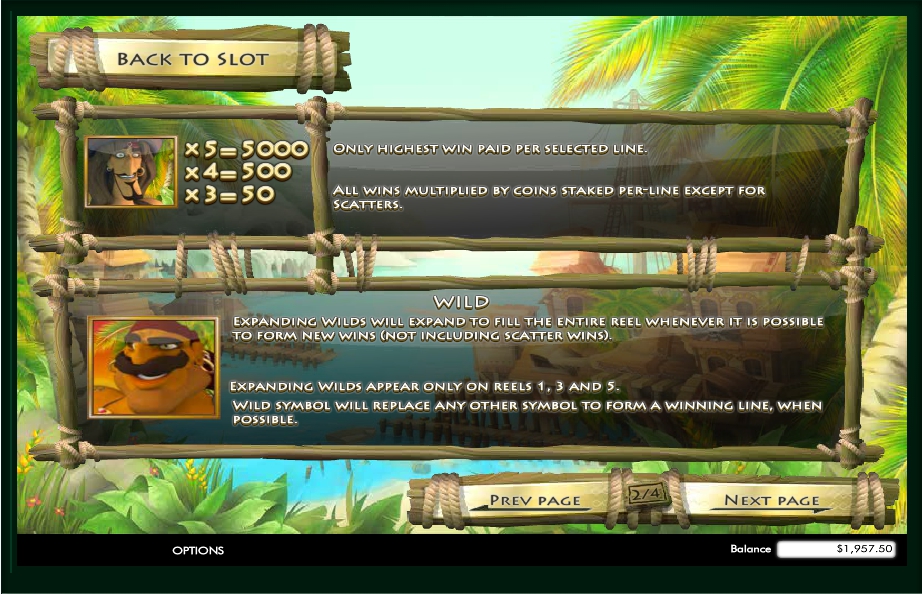 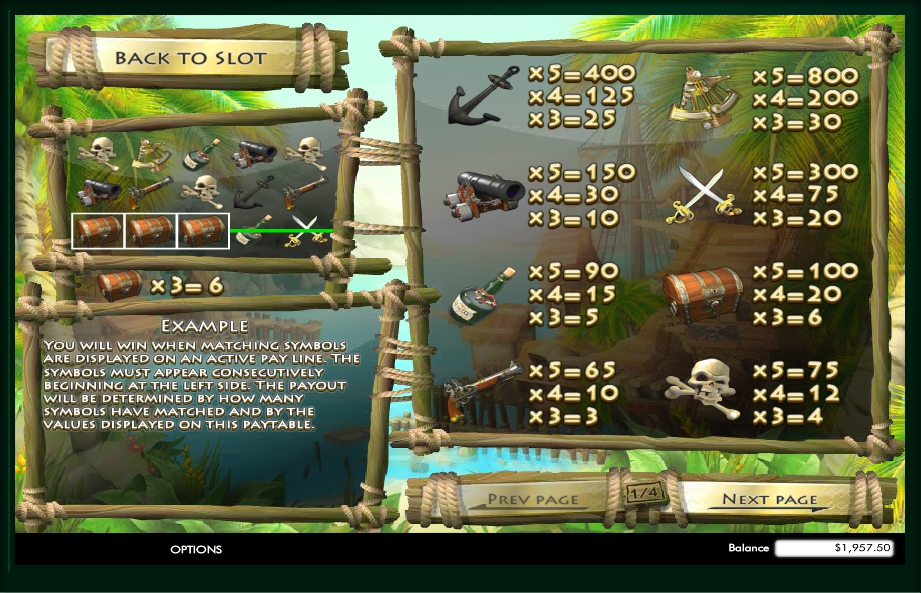 Pirates, crazy daredevils, and brave sea bandits, who frightened ones and inspired others to exploit and conquer the sea! Pirate romance has firmly established itself in various spheres of art: literature, cinema, and computer games. Therefore, developers of gaming software for casinos also could not bypass such a solid niche and began to produce slots with corsairs almost every year. For example, Rival software manufacturer presented its fans with Jolly Roger’s Jackpot slot, which tells of a gang of sea wolves led by a brave captain. Join a cheerful pirate, and you will have a chance at the next successful raid to get a very worthy reward!

The game screen of the Jolly Roger’s Jackpot slot is made in bright colors and immediately attracts attention. On the background, you will see an island with a white sandy beach and azure sea. On the shore under the palm trees, a pirate schooner moored, ready at any moment to give ends and jerk to the raid.

The game reels are totally transparent and are located exactly in the center of the screen, and below are convenient and familiar buttons for controlling the slot:

Jolly Roger’s Jackpot slot machine is equipped with 5 reels, has 20 active lines, for each of which you can put one coin with a nominal value from 1 cent to 5 dollars. For high rollers, there is good news in the form of a progressive jackpot, the size, and the probability of winning which increases depending on the height of your bets.

Game symbols of the Jolly Roger’s Jackpot casino slot fully support its theme. Here you will find portraits of the team: the brave captain of a pirate ship, his girlfriend, and sailors, as well as a macaw, a barrel of rum, pirate sabers and pistols. A separate group consists of bright symbols with names of cards, which quite often form winning lines with small prizes. The special characters in Jolly Roger’s Jackpot are as follows:

To start the bonus game, you need to collect the line of 3 or more symbols of the map. And if you are lucky, and on one of the 20 active lines a combination of 5 Wilds is formed – then you will become the lucky owner of the jackpot!

The creators of the Jolly Roger’s Jackpot slot have taken care of everything: there are wild symbols and bonus levels, and a good jackpot. The gameplay is simple; the interface is pleasant and unobtrusive. You can immediately start to play Jolly Roger’s Jackpot slot for real money in any casino with Rival affiliate license, or you can try out the slot in a free trial mode, and for this, you do not even have to register on the casino’s website.