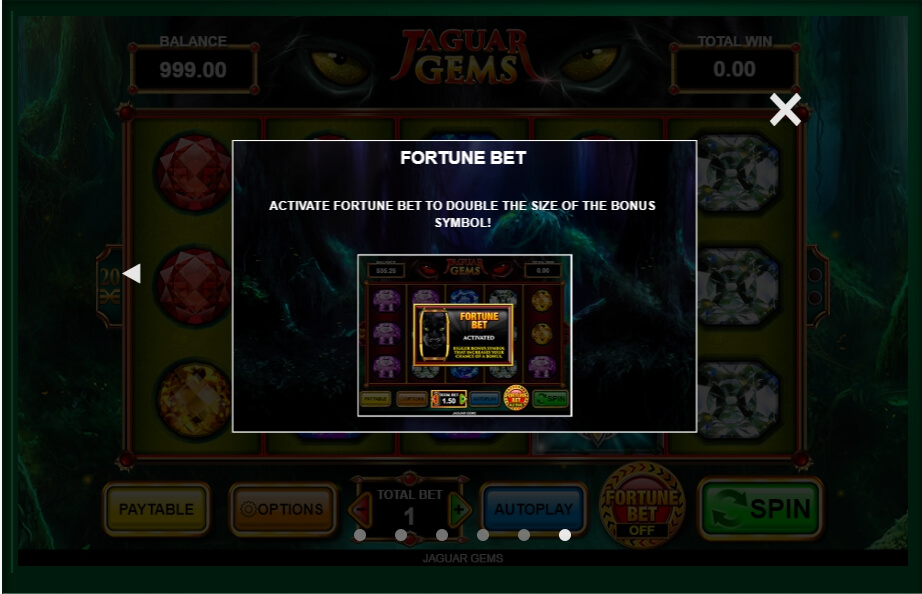 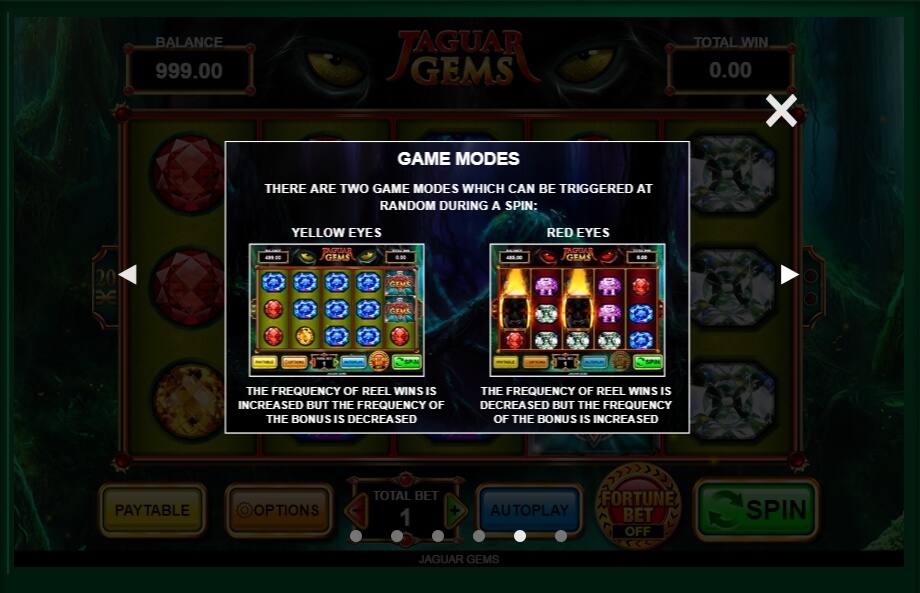 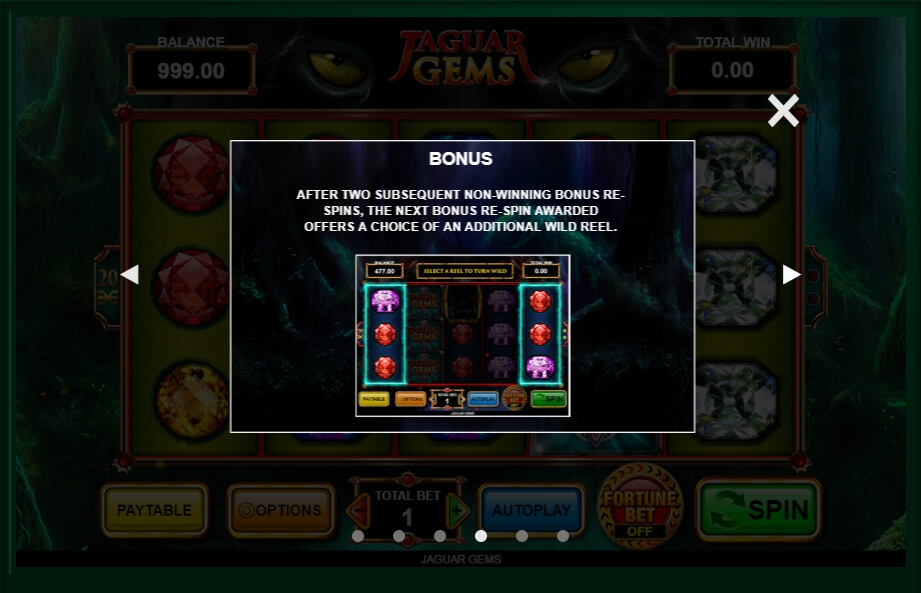 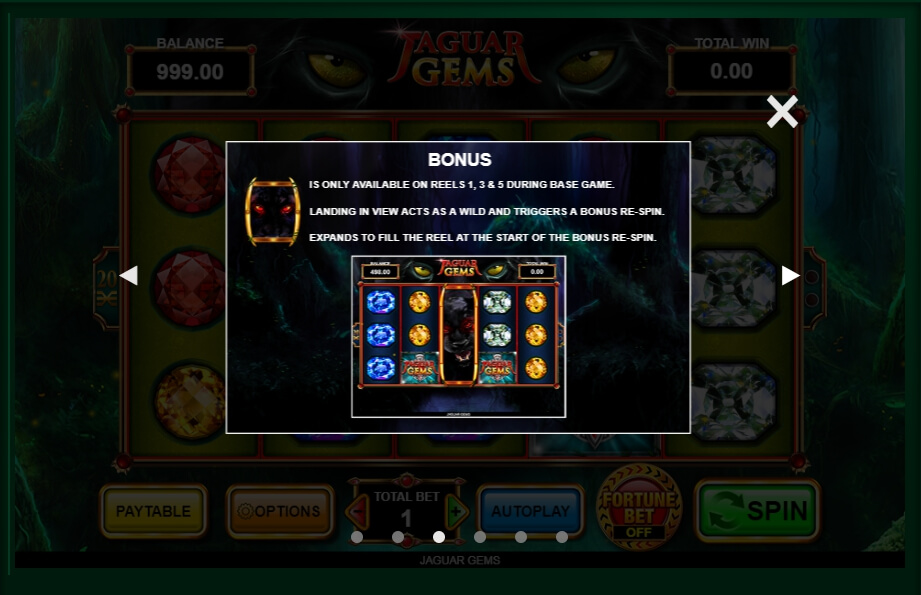 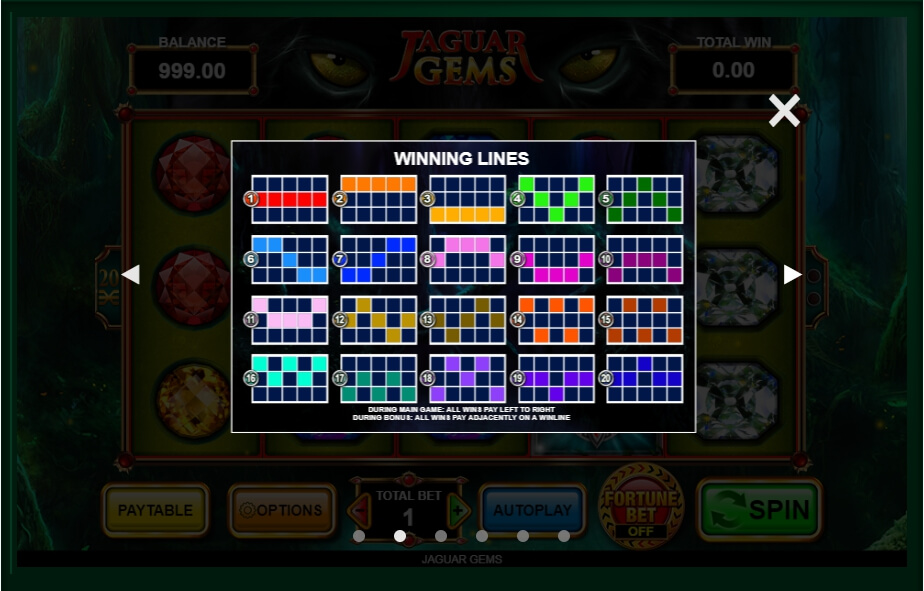 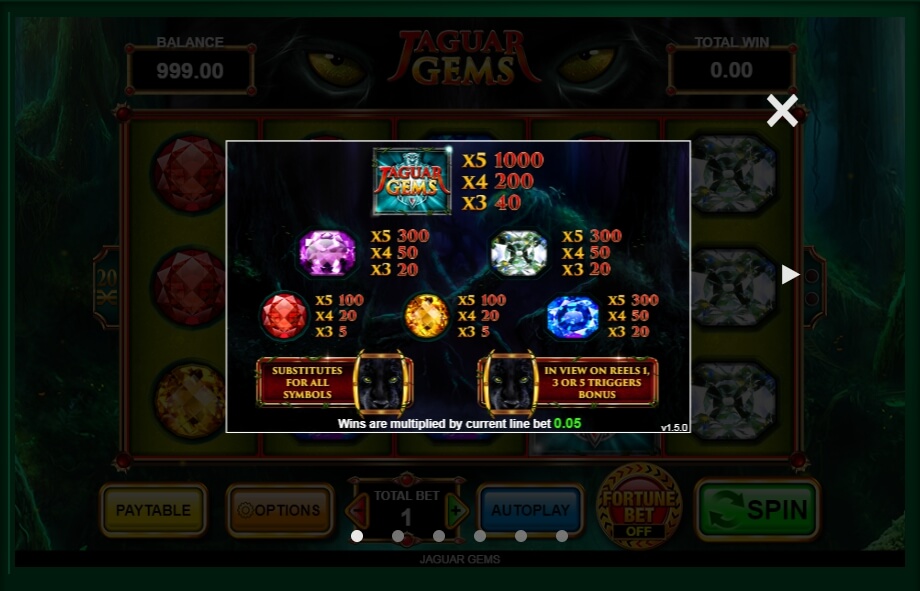 Inspired Software has decided to surprise you with new bright video slot machine in the animalistic style. Firstly, looking at the name of the slot, you are thinking over the car model. But for real, this is a story about wild jaguars, who live in the jungle and have many secrets. Their eyes can change any time. They seem to be fearless. Try yourself playing with them and you may win real money in several seconds. No registration and no downloading are required to run another gambling session with Jaguar Gems on the website of a trusted online game portal.

Inspired Software has created a classic video slot game with three rows and five reels. Players will see a 15-spaces grid in the game. There are 20 paylines. This is quite good as each symbol will take part in the game, as well as each space will be crossed by at least one line. To check out how lines are placed on the screen, just press the “Information” button. You will see a full screen of the game with certain spaces, stresses with another color. There is no need to play on all lines.

Players can change an amount of available winning combinations. There should be at least one active line in the game. The minimal bet is only one cent per one line. The maximal bet per one spin is 250 dollars. To regulate betting settings, just press the “plus” and “minus” buttons below the screen. The autoplay option will help gamblers spin reels not thinking about the“Start” button at all. There are up to 100 available automatically turning on spins in the game.

Look into jaguar’s eyes and you will get a bonus. Inspired Software has decided to make the wild symbol the central one in the game. It defines everything. However, just a price of the wild one is very low. So, jaguar’s eyes can be found on the first, the third and the fifth reels on the interface. They are not stacked and symbols can disappear as fast as they have appeared on the screen. The Wild symbol can quickly replace all other playing icons in the game.

It will just put more profitable playing icons instead to help the player get another winning combination quickly. This feature works even if there is just one symbol like that. If the player is lucky enough to collect two wild symbols on the interface the same time, he/she will get a re-spins bonus game activated. During re-spins rounds one additional reel will turn wild. All symbols on it will be replaced with expanding wilds and the player will be able to win the jackpot in just one round.

Just imagine how many winning combinations can you get during one game! Another interesting feature this game offers it is an automatic change of symbols on the interface. Jaguar’s eyes can automatically change color. This is a random option and the player never knows when it will turn on the next time. While the color of eyes changes, all symbols on the screen change as well.