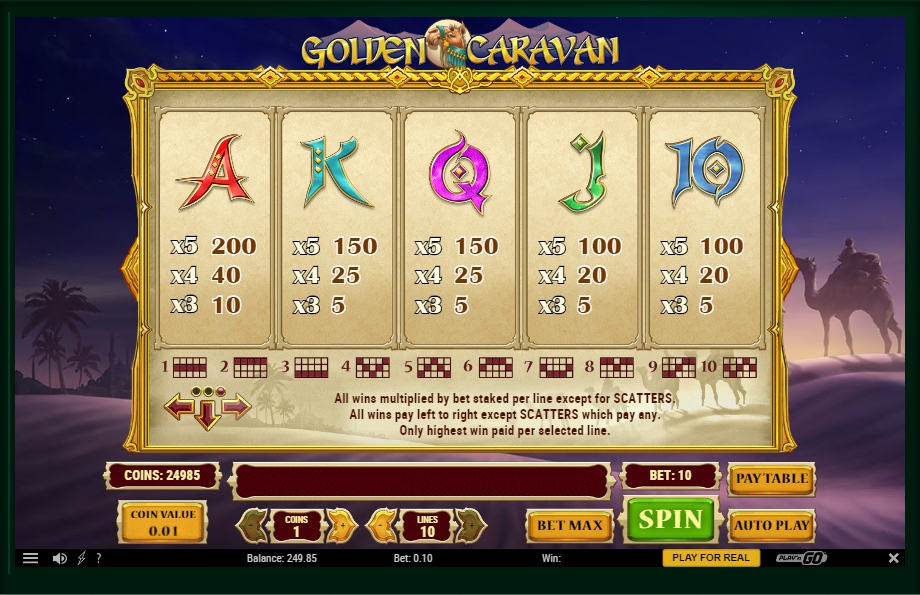 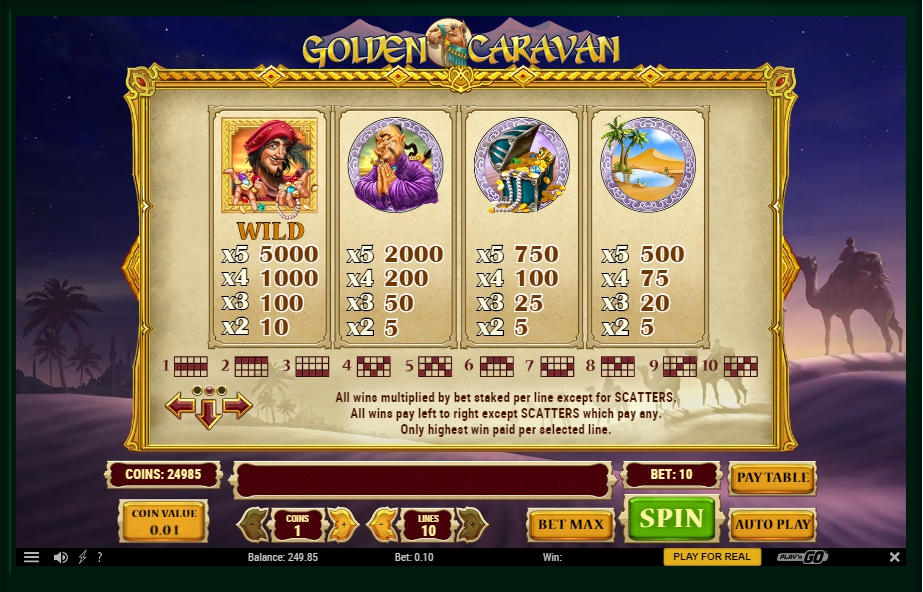 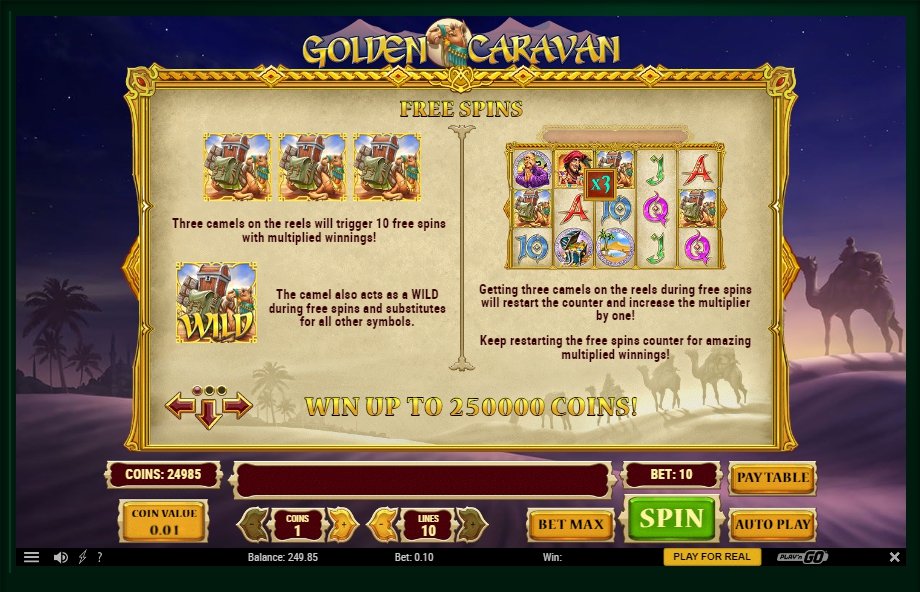 Central Asian caravans appeared long before the modern civilization. They were a chain of camels, loaded with various goods for sale. Such caravans were famous for their endurance – a travel could last up to several years! Probably, that is why this topic became interesting in the world of gambling. The Play’n GO development company decided not to stay away and released an interactive slot machine called Golden Caravan.

The plot of the game is a journey together with a trade caravan, the path of which lies through a desert. The player’s task is to survive and be enriched. Camels, oriental men and oases in the desert convey the spirit of the history of ancient Asia.

The design of the video slot is very beautiful. The first thing that a player sees is an animated musical saver with the main character is a camel. Immediately here you can see the maximum win amounting to 5 thousands coins. Next, the game field appears before the gambler. In the background there is a night desert. Also in the game a lot of yellow and gold shades, which emphasizes the wealth of traders and gives hope to the player to break the jackpot.

The music accompanying the gameplay is the reminiscent of Asian, more likely even Chinese, motifs and pleasantly relaxes the player. Symbols are also made in the oriental style – everything is very mysterious with many patterns and compositions. The graphics are modern, with elements of special effects, all the shadows and tones are detailed and drawn.

The minimum bet per line is one coin, the maximum bet is five. Accordingly, all you can play for fifty coins, if you put the highest score in the game. You can do this by clicking on Bet Max. Rotation is started the Spin or the Autospin button, depending on which mode the user prefers.

The thematic symbolism – rich caravan owners, treasures, camels and all known card symbols – are depicted in oriental style. The most important and profitable character in the game is the owner of the caravan, pictured with a bunch of gold and jewellery in his hands. It is by collecting 5 of these traders you can win a jackpot.

In addition, the owner of the caravan is wild. A special function here is the camel symbol. Firstly, when it appears in the amount of 3 pieces on the line, the player is given 10 free-spins with the initial multiplier X2. For desperate gamblers, who have little main and additional rounds, there is a risk-game for doubling! To try yourself in the game, you need to click on the Additional Game button after winning the main game.

Its rules are simple: you need to guess the colour and the suit of the closed card. The correctly guessed colour doubles the prize, the suit – multiplies by four. The maximum number of rounds in the risk round is 5, but with at least one unsuccessful attempt, the game is terminated and the player’s bank is reset.