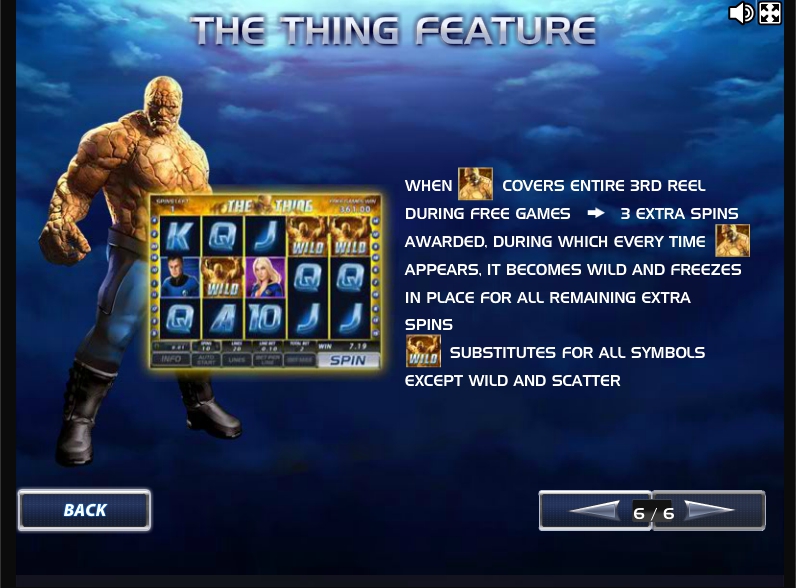 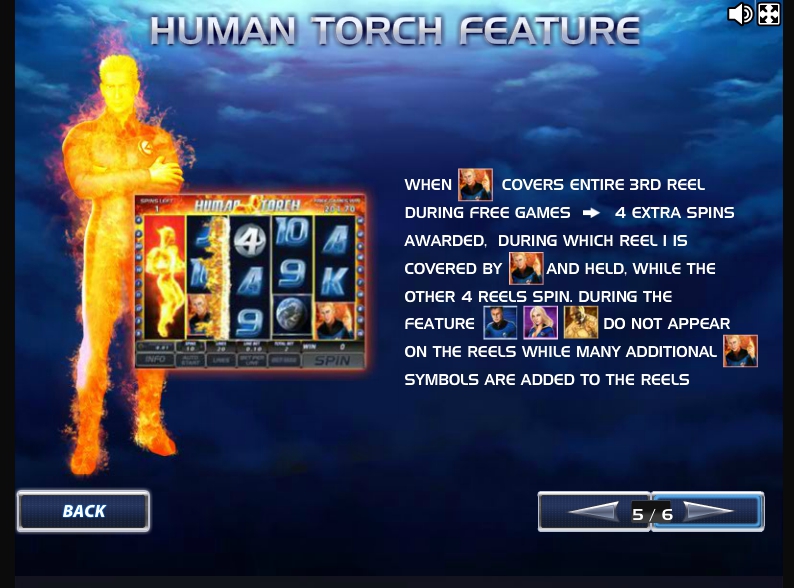 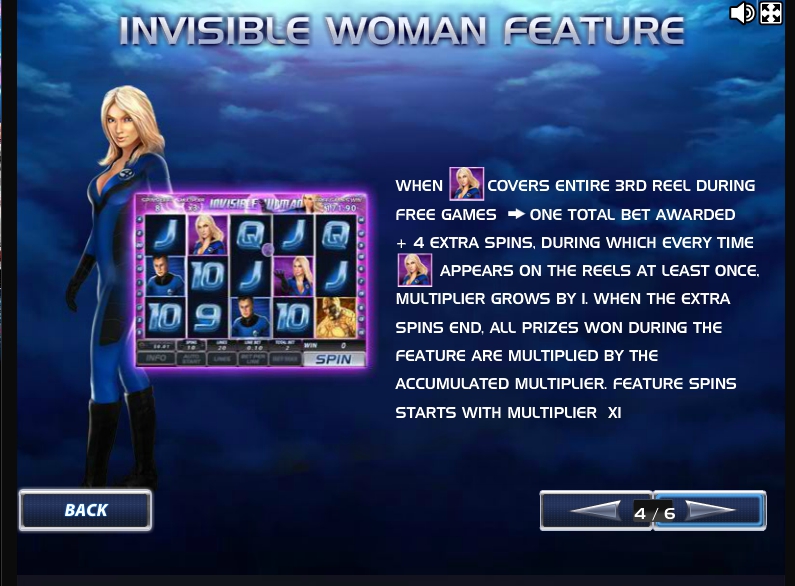 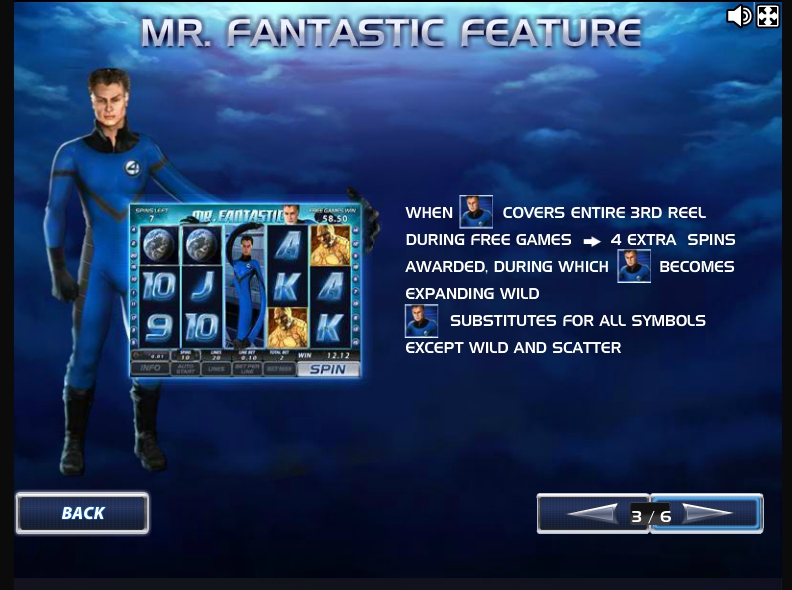 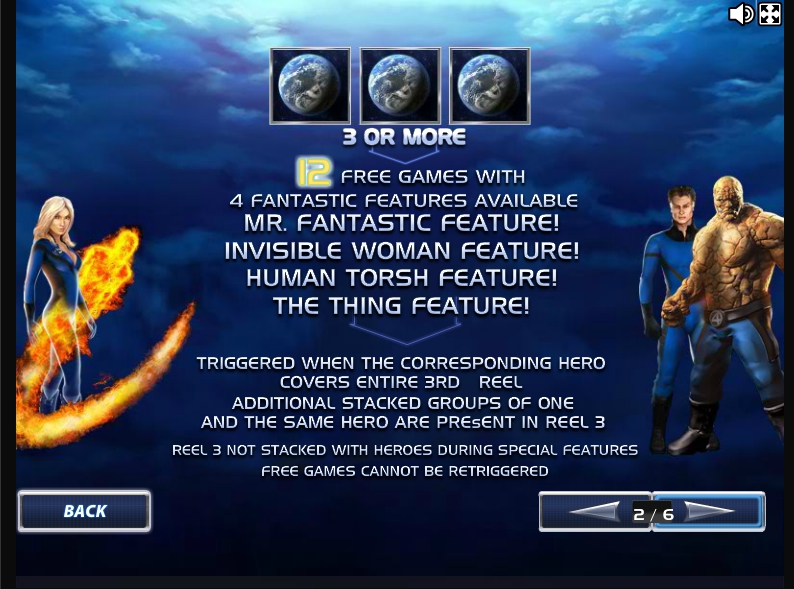 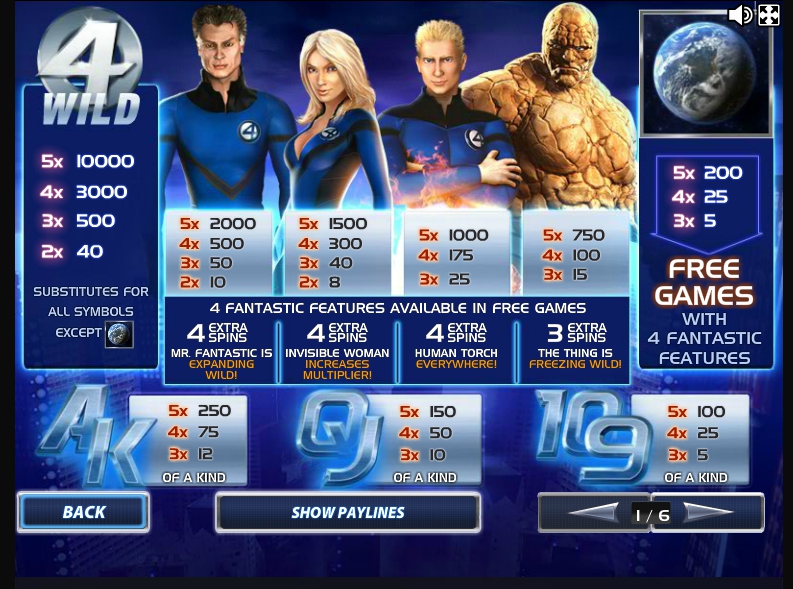 The developers from the Playtech studio have done an amazing work with right on creating game about the Marvel reality. They choose wisely and stopped their decision on the Fantastic Four slot machine. Those heroes are extremely popular group of people among all generation of gamers. It’s not disappointing, if this game have received a lot of good reviews from gamers around the globe. Everyone wants to enjoy it and become a part of the Marvel Universe.

Just like in the case of source material, central protagonists are: Rid Richards, Ben Grim, Sue Storm and Johnny Storm. They all need to fight the supervillian in the face of Doctor Victor Von Doom. This freak wants to destroy Earth just to build he’s own world with humans as slaves. Of course, our heroes can’t let this happen. You will become a newcomer of a team of astronauts with super abilities.

Join the Fantastic Four online crew anywhere you want. The user Interface easily adapts to image size of any device that means you only need to connect internet and ready to kick some ass, because it’s clobbering time! It’s a perfect slot machine for those who can’t wait for the final chapter phase three of the Marvel Movie Universe.

The company has finally got their rights back for X-Men and Fantastic Four, so it’s a big pleasure to play this game on your personal computer or a handheld device.

Of course, you will not get a special ability, just like main characters, but you will get an opportunity to earn some money, by helping them. At first, you need to manage, how many coins you are willing to put in the game. Fantastic Four starts with a little option section down to the paying table. You don’t have to install something on your device, just open the web browser and launch this slot.

Use options to change value of bankroll, change the correct paying line on which you are going to bet. All those operations are extremely important if you want to win big. Just don’t be disappointed. You can become rich if you will build a good strategy to count on. But still, be coldblooded in the case of stakes, not to lose your mind and lost everything you already earned.

You can even use the automatic spinning option if you want to do nothing and still gather some money. This function became popular because of all portable gaming fans. They wanted something to play comfortable anywhere outside their homes and they finally got it.

This game is developed in the way Marvel wanted to do that, that is why visual representation, animation, soundtrack – everything is high quality and delivers a perfect experience, that can’t be repeated by anyone else, except for DC Comics because they are creating their own universe of heroes. To achieve some great bonuses, combine matching characters on the same paying line.

To get the jackpot, there is nothing special to do – collect team’s logo on the paying line to get money.