The Asp of Cleopatra Slot Machine 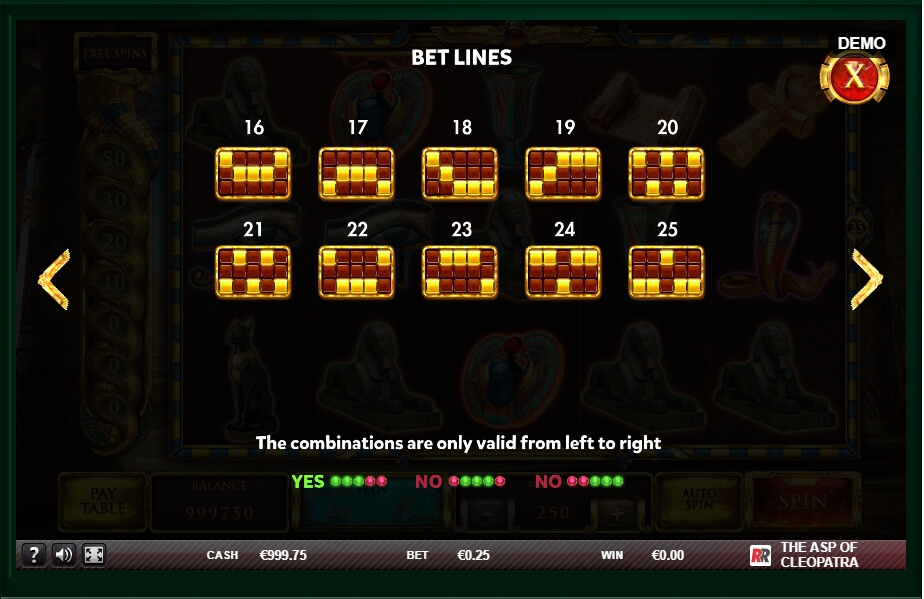 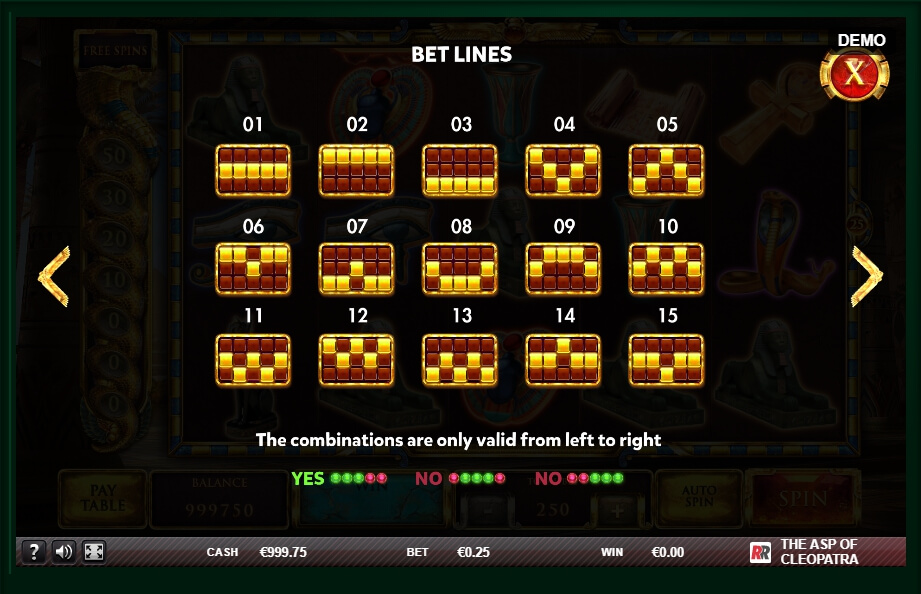 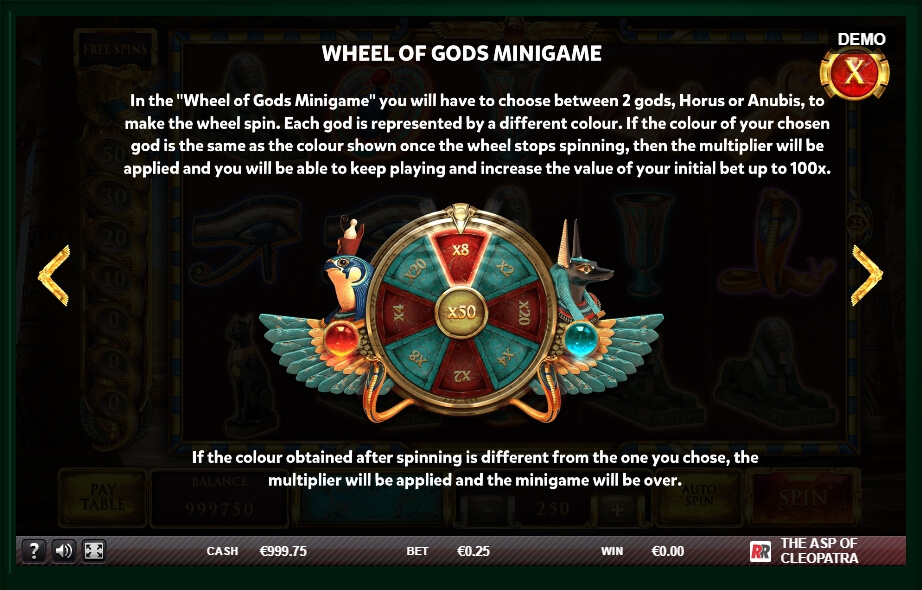 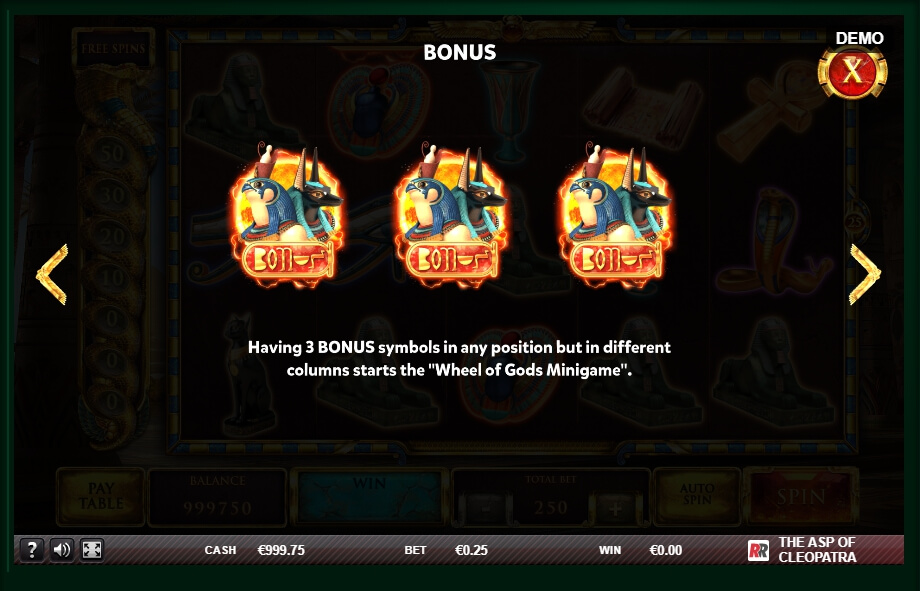 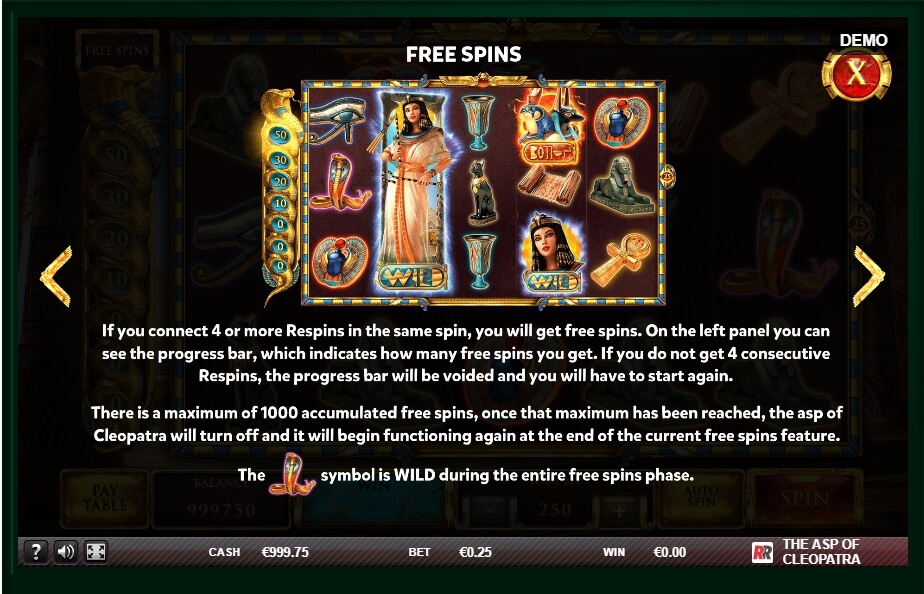 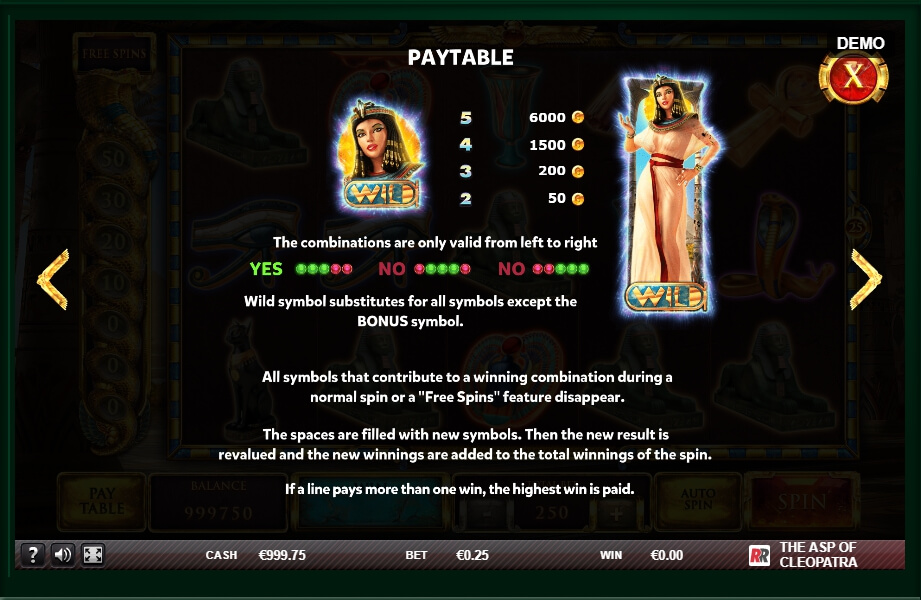 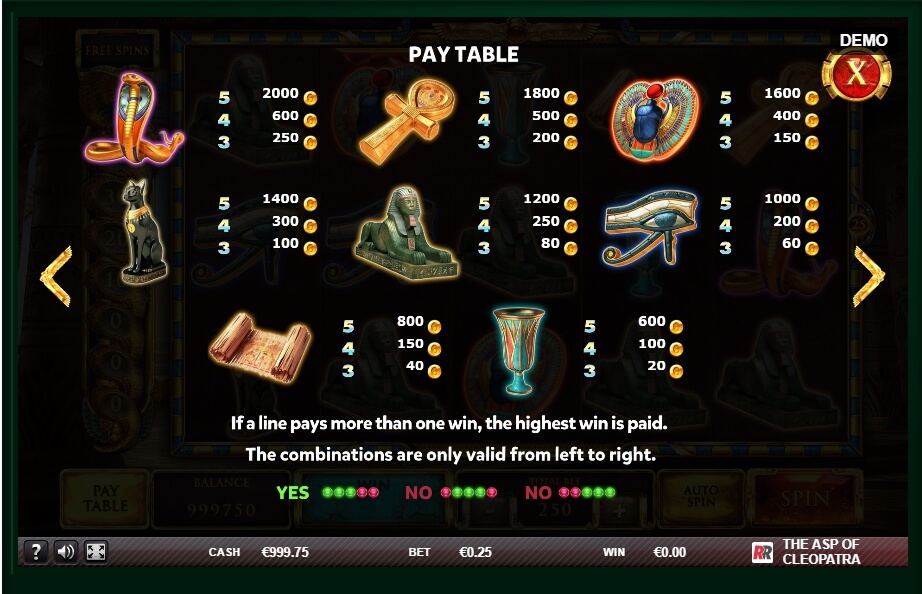 The Asp of Cleopatra Slot Review

Just imagine the days where the only thing that surrounded people was sand, and the desert was everywhere. The sound of river flowing, heavy rains after enormous heat, nothing was good. Yet, the people lived, and, moreover, could be happy.

The Asp of Cleopatra – Stay Dare, Be Rich

The case is, they had a leader who could inspire them and bring them hope. And that leader was Cleopatra, the princess of Ancient Egypt, and, due to the Red Rake Gaming slot development studio all gamblers around the world have an opportunity to touch those times when she lived, and be with her, there and then, help her to rule and to prevail among all other ones.

With the authentic video introduction and thematic animations throughout the gameplay, powered with the atmospheric sound of drums and trumpets in the background, The Asp of Cleopatra slot machine returns players to those times as if they could live there for real.

The Asp of Cleopatra Gameplay and Prizes

The scheme itself is rather classic. From the start, players have 5 reels with 3 rows to play around and 25 paylines to make combos from.

The remarkable point here is the fact that from each spin the player does, the payline disappears, and new icons fall of the screen in order to make new combinations, and the process continues until you run out of paylines per this spin, and only after that you are free to make a new one.

The other good point is there are various wild symbols, free spins, a hidden bonus game and a score multiplier. On top of that, you can always turn on the autoplay feature, sit back, relax and just watch the reels spinning right in front of you, while the total payout grows.

The Asp of Cleopatra Features and Bonuses

From the start, there are two various wild symbols that help you to build up even bigger combos. The second good point, for each successful spin you receive a treasure score that can be converted lately during playthrough into a certain amount of free spins, depending on icons collected during the game flow.

Right after you have collected a fixed preferable amount of free spins, you can use them for further play so that the total payout grow even bigger. Along with that, if you collect enough bonus symbols from one spin, a hidden wheel of fortune bonus game will be unlocked, and new big chances are here for you. And, if that is not enough, at the end of the playthrough, there will be a score multiplier, due to which your overall payout will be increased drastically.

Other Games by Red Rake Gaming