Wonders of the Deep Slot Machine 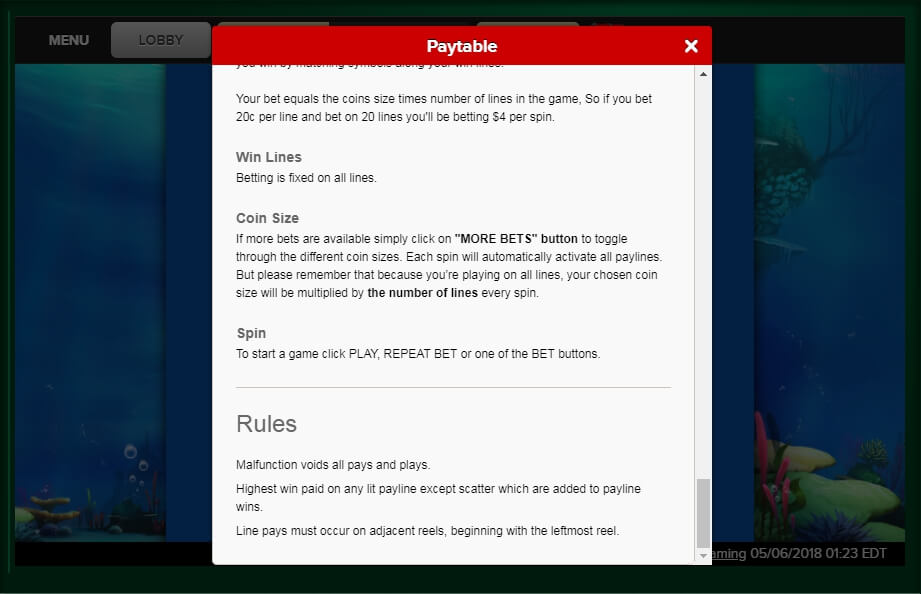 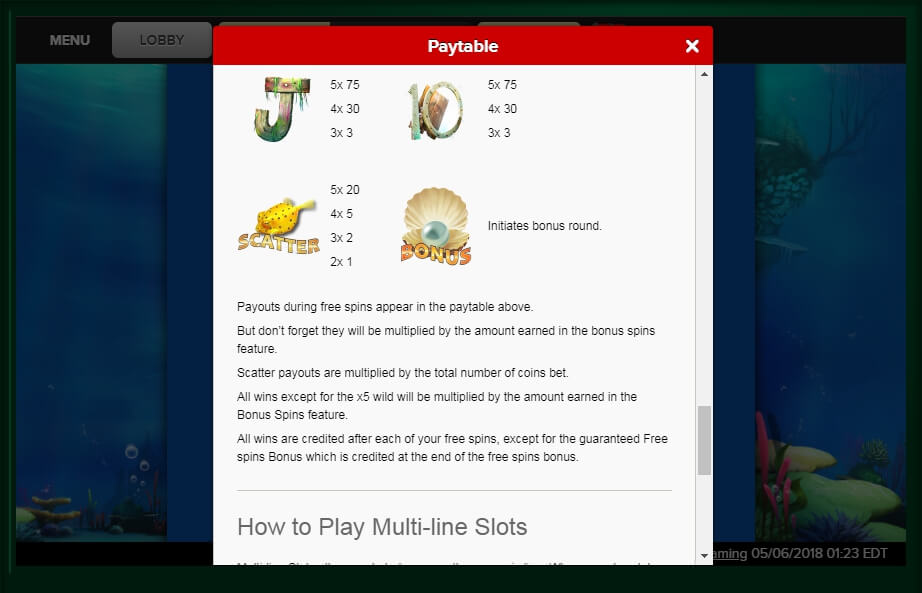 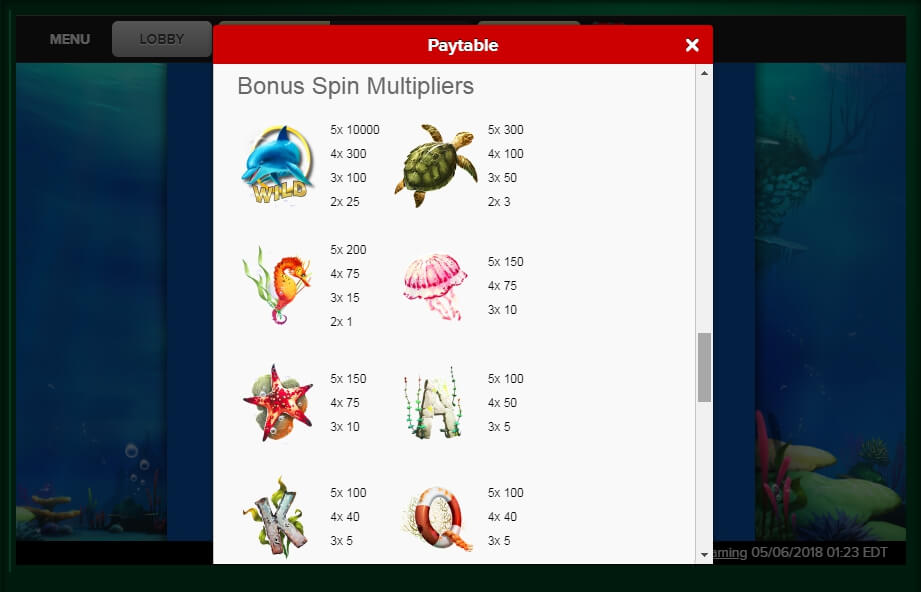 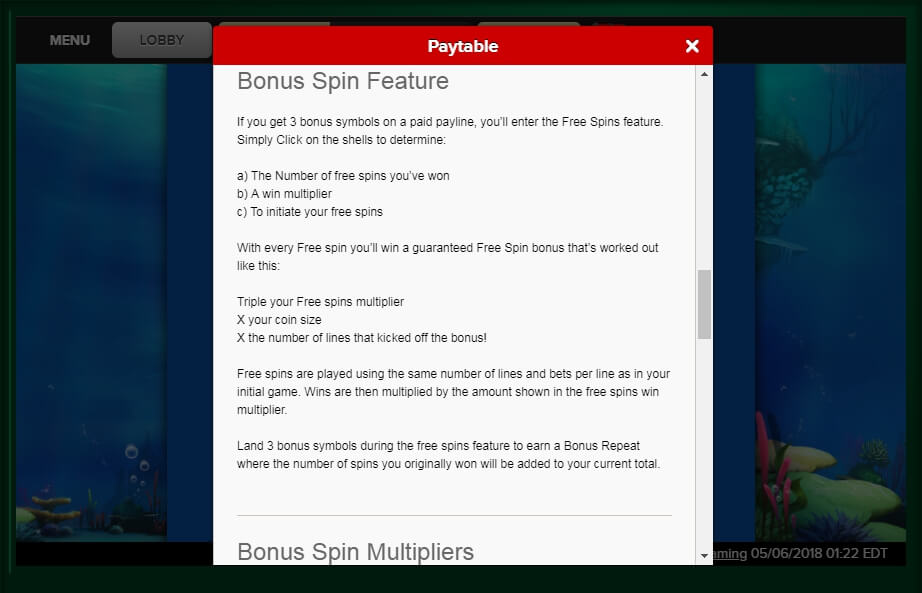 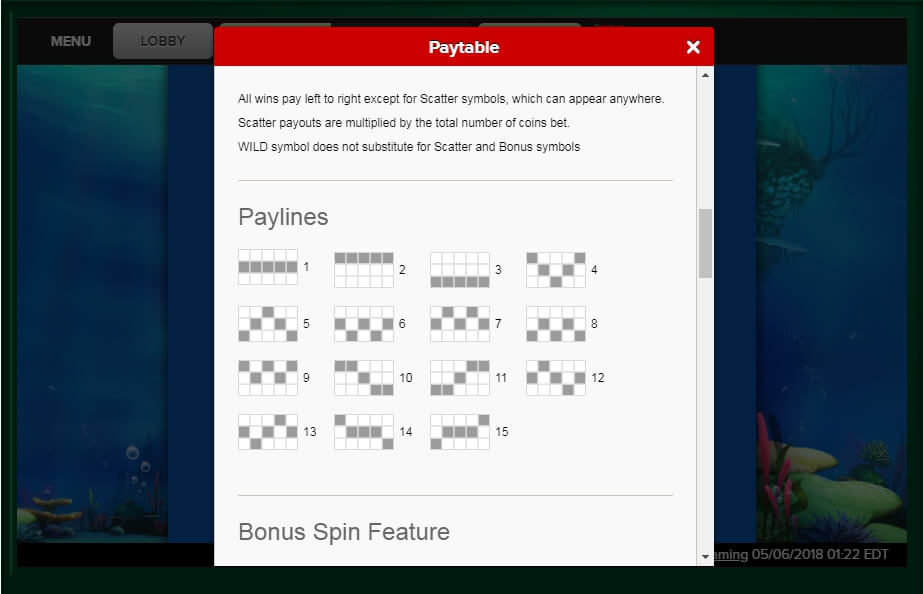 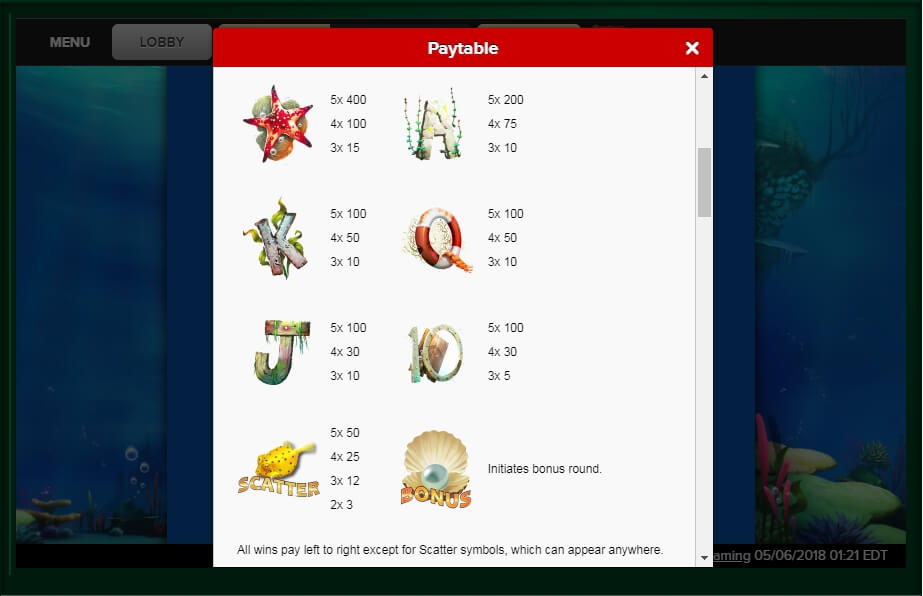 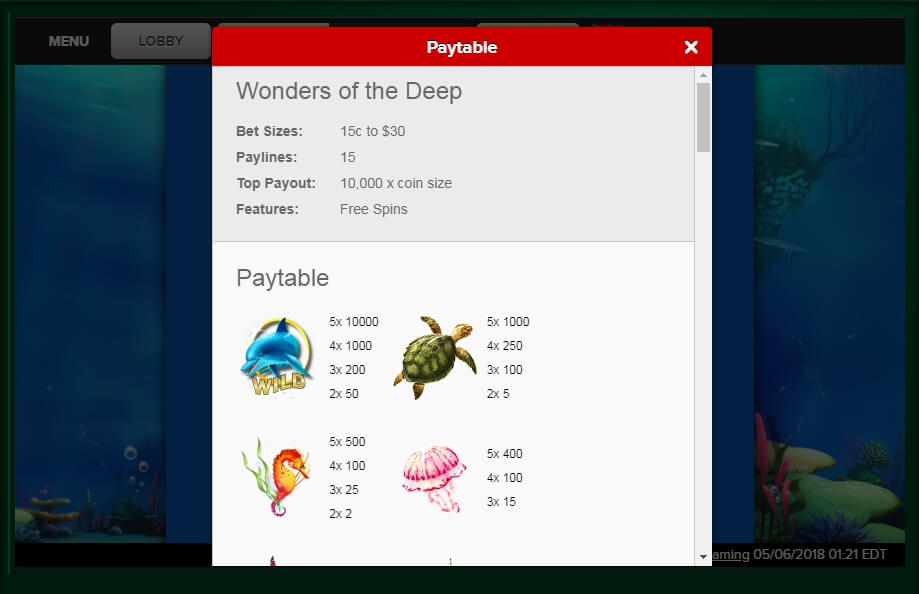 Wonders of the Deep Slot Review

The mysterious underwater world is fraught with a lot of unsolved mysteries and treasures. Not surprisingly, many filmmakers, computer games and application developers exploit this topic, adding their raisins and chips. Developers of gaming machines also went away – today there are more than 100 slots, the main subject of which is marine adventures, flora and fauna of the ocean, mysterious and mystical creatures – mermaids, sea monsters and others.

The Gamesys Company also has presented its vision of the underwater kingdom and released a fascinating interactive Wonders of the Deep gambling machine. Its main attributes are beautiful landscapes, plants and inhabitants of deep of ocean.

This slot machine has truly fascinating design. The colorful underwater world is made using the modern graphics and looks extremely realistic. The first thing the gambler sees is a dolphin image, and after pressing Start, the player plunges into the atmosphere of the world’s ocean. The main colors are blue and blue, and it gives the impression that the whole action is underwater. This feeling is enhanced by peacefully moving algae in the background. Symbols are very bright, many of them glow.

They are qualitatively and realistically traced. The graphics is modern, high-tech, there are a lot of special effects – shadows, 3D-drawing, lighting and, of course, animation. It is presented in a huge amount – with each spinning – successful or unsuccessful, when the player presses the buttons, the characters on the screen move dynamically. Music is calm. Sharp sounds and signals are not used here.

Control is made specifically for user who plays either using a personal computer, or using a laptop, mobile devices, smartphones, tablets, etc. Basic buttons are only two and both start spinning. Also, with a successful outcome, they are replaced by others and perform other functions. The Menu option allows you to set the basic settings, as well as view lines, rules of the game process and payout rates.

Wonders of the Deep – a relaxing game video slot on the theme of the underwater world. The Main game is represented by 15 paylines and 5 reels. The number of lines is set on the field itself, using buttons with numbers. Symbols in the slot is purely thematic. Symbols are triggered, starting from three pieces. In the number of 5 pieces on the field and at the highest rates, it will bring an unprecedented jackpot – 300,000 credits.

In addition, there is a wild symbol. Its function of the standard is to replace the others, except for scatter, to achieve a victorious combination. With such a substitution, the player’s prize doubles. Also, there is no downloading and there is no registration that allows you to practice well.

Wonders of the Deep is a dynamic, interactive video slot that captivates your seascapes from the first seconds of the game. The developers have tried and created the amazing design, quality graphics, stylization, as well as gameplay. Everyone has an opportunity to play for free. The online slot has everything you need for an exciting pastime – free spins, two special characters, high payout multipliers and, finally, a variety of combinations.