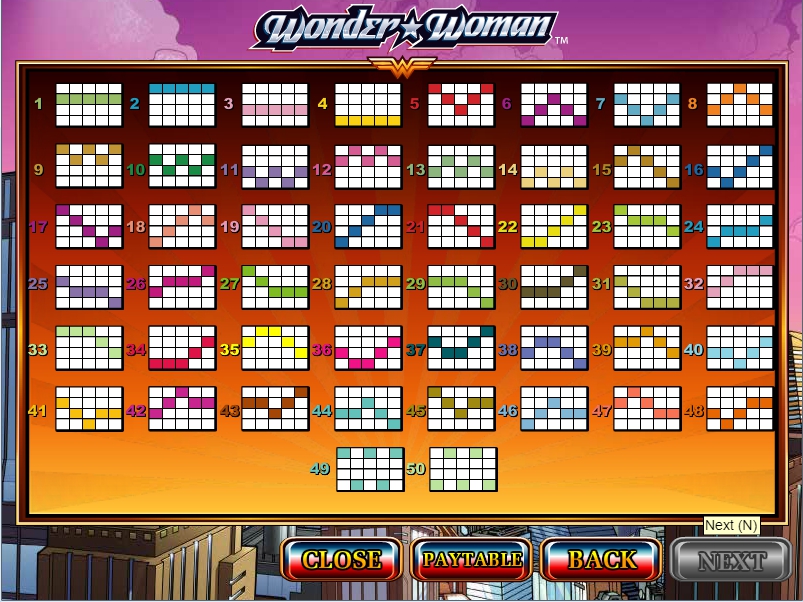 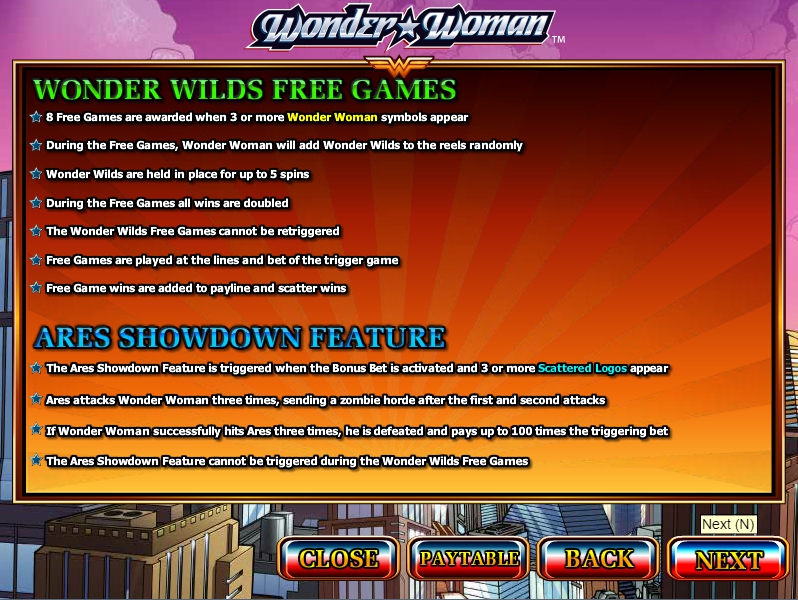 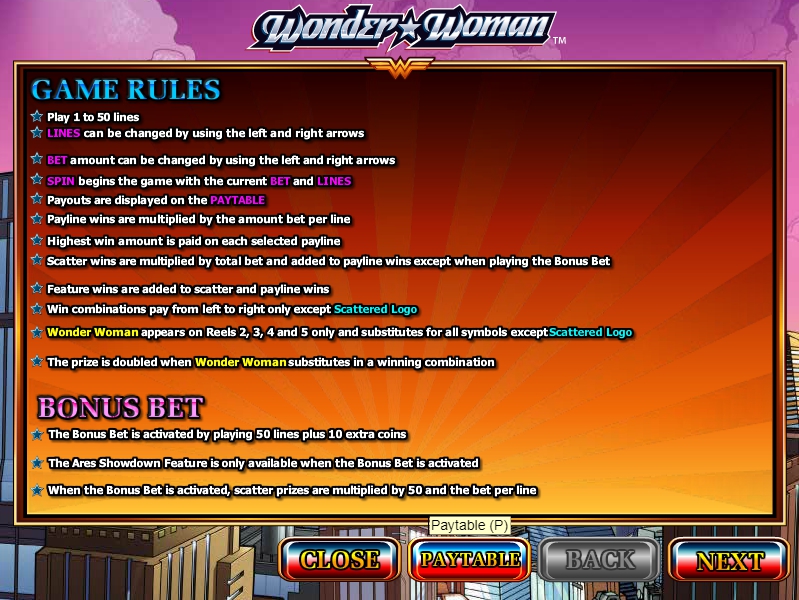 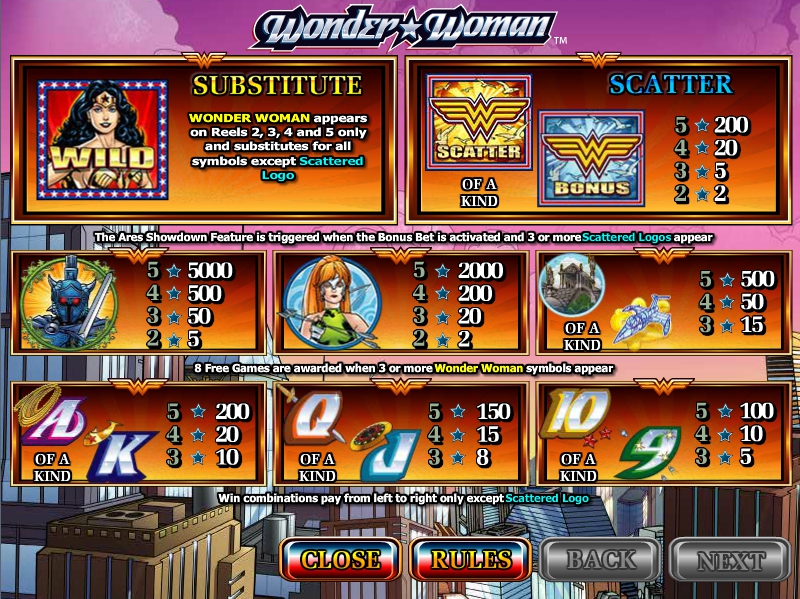 One of the strengths of the Cryptologic software manufacturers is the creation of slot machines based on superhero comic books. Slot machines of this company are able to capture even those who were originally far from the world of superheroes and the universe of Marvel and DC. The Wonder Woman slot machine tells us the story of the legendary Amazon princess and offers to join her adventure, and in case of luck, you will also get a weighty reward. You can try the Wonder Woman slot in free mode in any casino with a Cryptologic affiliate license or read our review and immediately prepare to make real bets.

Description of the interface of Wonder Woman gaming machine

The game screen of the Wonder Woman five-reel slot is made in accordance with the storyline of the comic strip: against the background of a modern city with a developed infrastructure, game drums, decorated in the style of hand-drawn comic books, were placed.

Under the drums there are standard control buttons:

The Wonder Woman casino game has 5 reels and 50 active lines. The number of coins is fixed: for each line, you can put only one, and the range of rates varies from 1 to 20 cents, which will please both beginners and experienced players. The jackpot in the game is 5000 coins, and the slot return rate is very pleasant – 95%, which is a pleasant indicator.

Description of the game symbols of Wonder Woman video slot

The game symbols of the Wonder Woman gaming machine correspond to the classic comic book story: Diana herself, her lasso, bracelets and tiara, as well as sworn enemies of Ares and Geparda, and pictograms with the ancient Greek pantheon and attributes of the Olympic gods. Players are offered 2 game modes: normal, and the Bonus Bet Feature, which costs 60 coins, but it opens unlimited possibilities for wins, as it activates all possible lines. The function of the Wild symbol is performed by the image of Wonder Woman on a red background with an appropriate mark that can replace any game symbol.

And if you collect a combo from three Wilds on the second, third and fourth reels, you’ll get 10 bonus spins, and all the symbols on the line will turn into Wilds with a multiplier of win x5. If you play in the Bonus Bet mode, you will get the opportunity to play at the bonus level in the Ares Show-Down mini-game. Here you need to defeat Ares himself and the army of his zombies, and with a successful mission, you will get a win multiplier that increases your profit by 100 times.

The Wonder Woman slot machine has everything you need to be called good: balanced gameplay, saturated with bonuses and secret levels, a lot of winning combinations and of course, generous and frequent payments. Beginners can experience their luck if they play Wonder Woman in free mode without registering with a casino with the company’s affiliate license, and experienced players can immediately bet on real money and hunt for the top prizes.