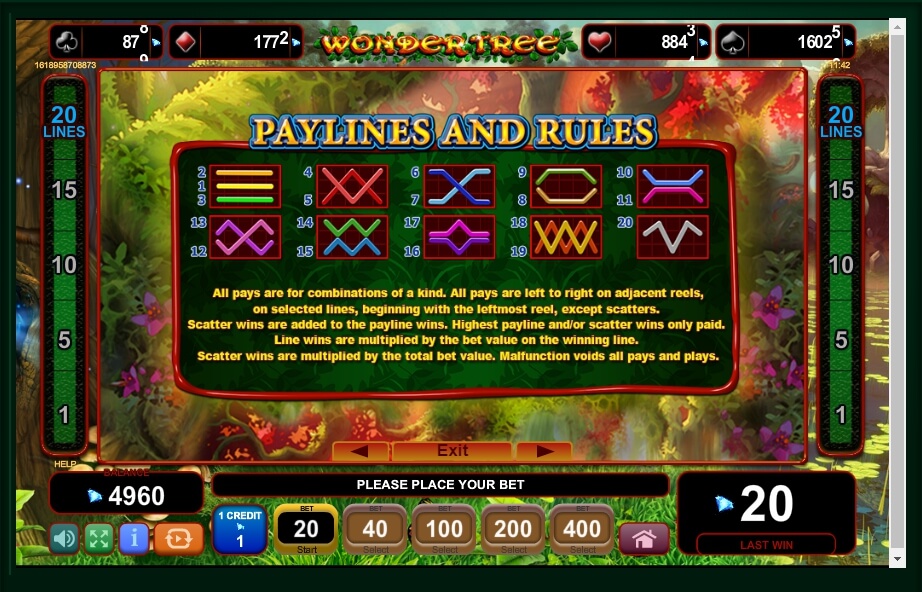 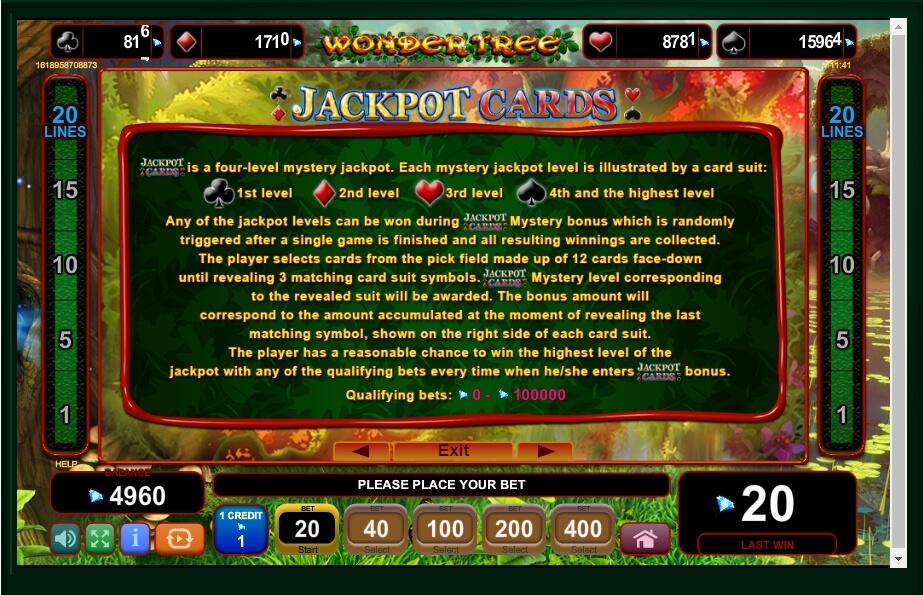 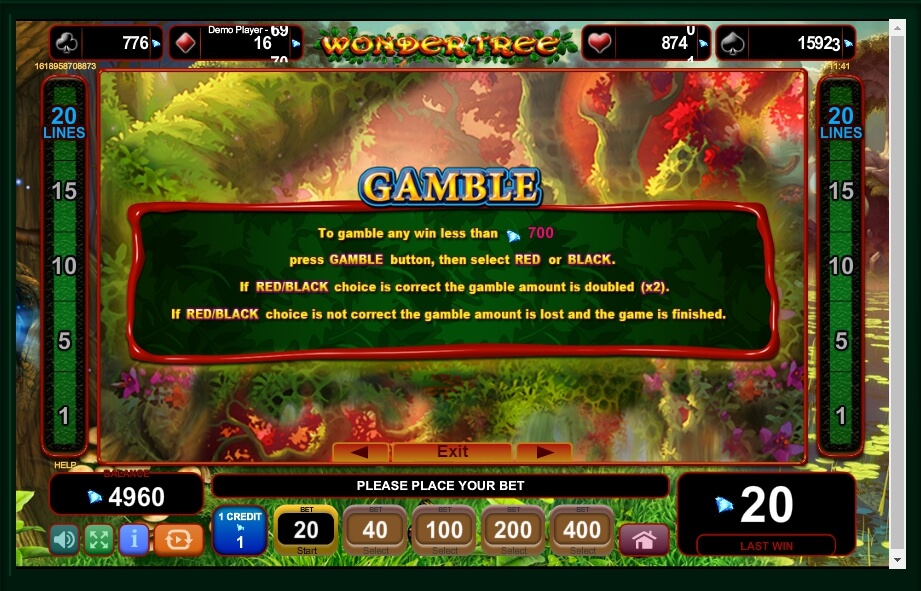 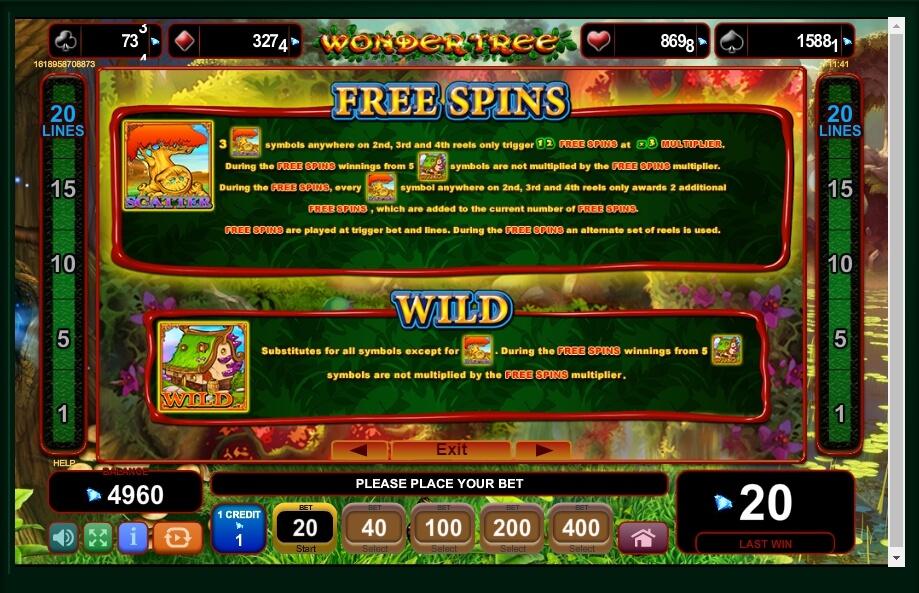 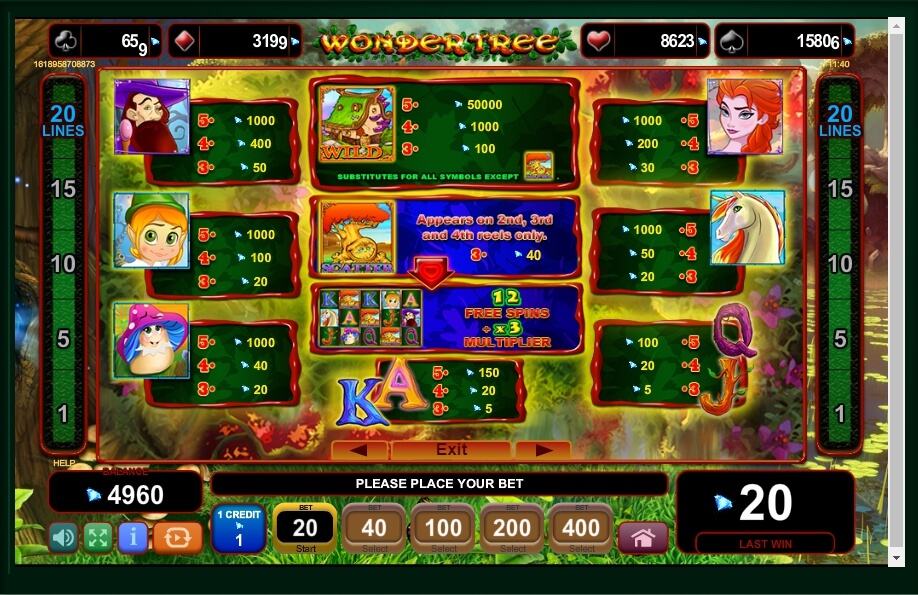 Wonder Tree is a slot machine that is going to present the player a new way to play games online. The designers from the Euro Games Technology studio have wanted to represent their project in the best possible way. That’s why the player will see a lot of great artwork, such as the characters from different fables. The greatest thing about it is that the user doesn’t have to follow the storyline in order to understand what is happening in the project.

Wonder Tree – the name says it all

It is possible to simply enjoy the process of playing the game. But you will be pretty surprised with the way characters were drawn. They look like heroes of the Disney movies, especially, if to talk about wizards and fairies.

The funny thing is that the player doesn’t have to worry about the compatibility of the device on which the game is going to be played. That’s because the project has no special requirements to the hardware. But the gamer should sign up through developer’s website in order to get a personal profile. Without it, the player won’t be able to enjoy the true power of the project because all the data is going to be saved on cloud drives of the project.

The gaming process of this gambling project is both simple and enjoyable. The player must collect matching symbols on the same paying line in order to get the biggest possible profit. At the bottom of the screen, the player will see three columns with the bet, credit and the win section. The user is capable to look at them to learn more info over the overall result of making bets.

The main objective for the player is to get as much similar symbols, as it is possible. It is better to pay attention to some special items, like main characters and objects than to letters. Besides, the player is capable to open the game on a smartphone or a tablet in order to continue the gaming session while going to work or anywhere else. It means that you don’t have to sit at home while playing this extremely high quality project.

There are five reels and twenty lines. It means that the player will have no problems with finding good positions for combos and bonuses. But it is better to build your own strategy in order to make bets with thinking about what will happen next.

Wonder Tree – it is worth your attention
Features and Bonuses

The player is capable to collect matching items not only to get coins, but also to get great bonuses, such as Free Spins. If the player gets them, it will be possible to make a couple of spins without paying a cent for them. Be sure to check it out because it is the great way on how to get the biggest possible prize of the game.