Meet wild horses and attractive cowboys. This is a bright video slot game, made according to the requirements of the third-generation gambling. Background of the game is made as a real rodeo. At the same time, all symbols have 3D animation and HD graphics in the game. They are in contrast and colorful. During this game, the players will be able to hear a light song on the background of the game. It will only help people to concentrate more on the game. There is no need to download this video game on the personal computer as well as players don’t have to complete registration on the website of the trusted online casino. 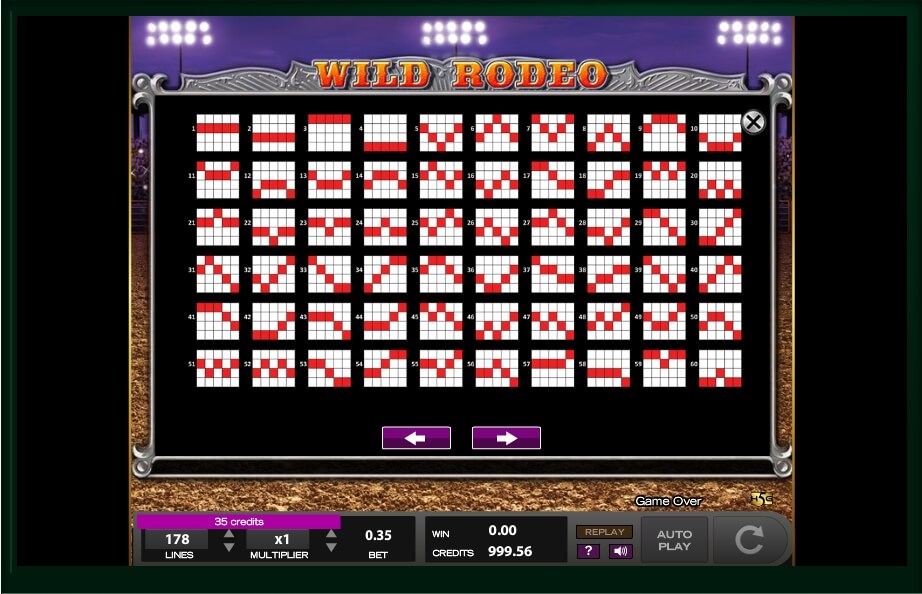 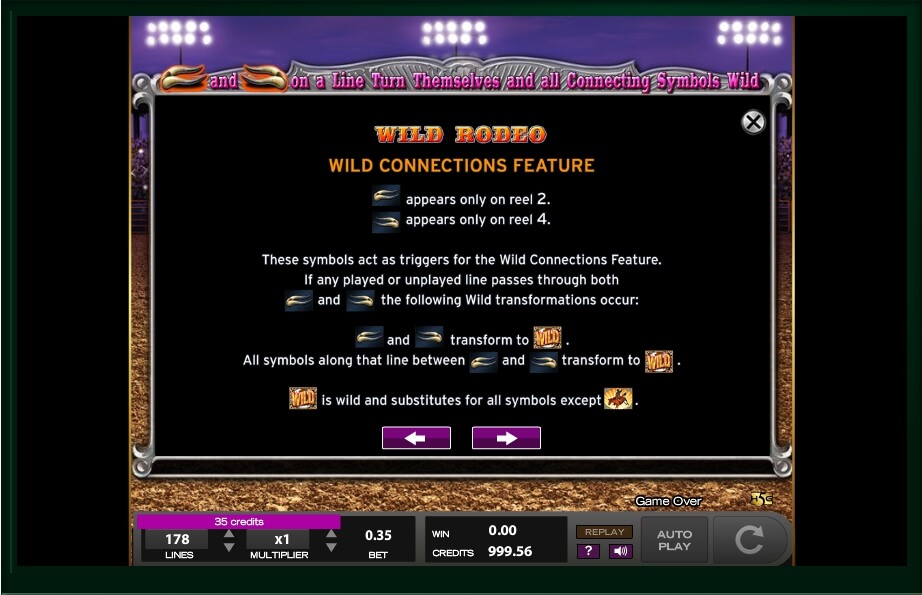 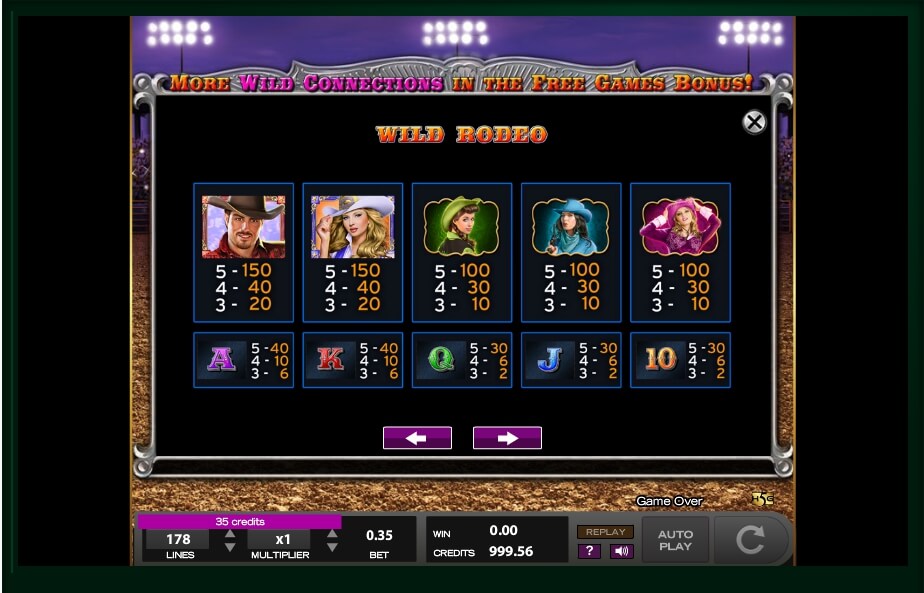 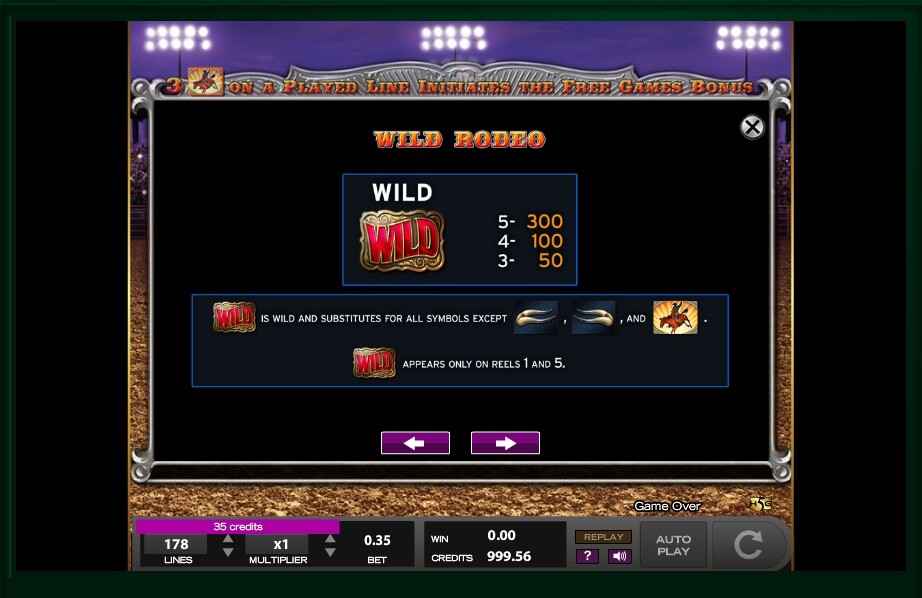 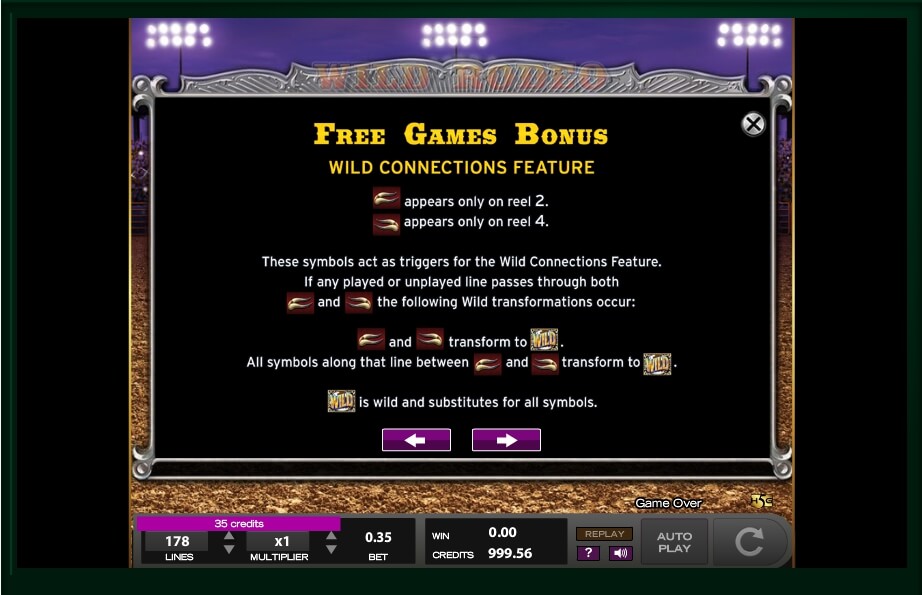 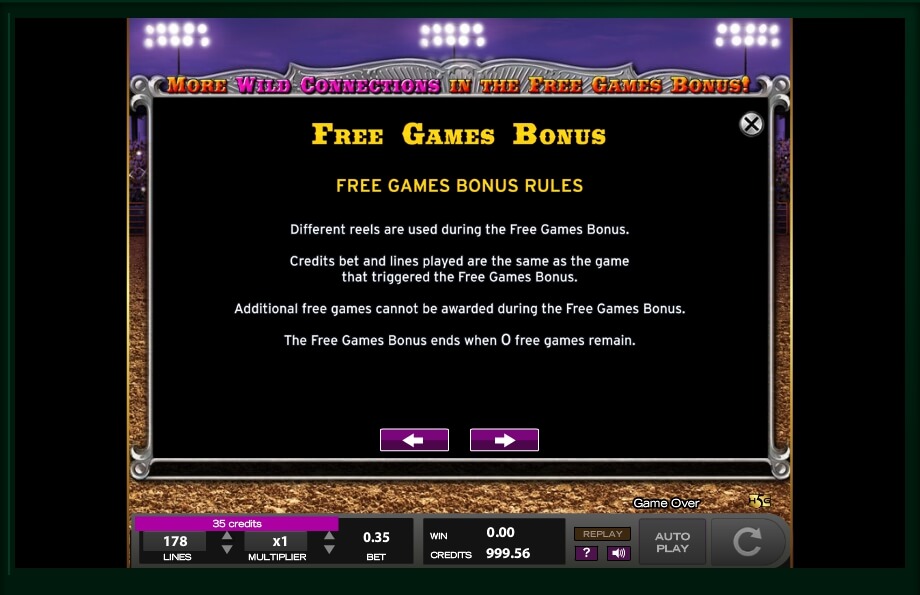 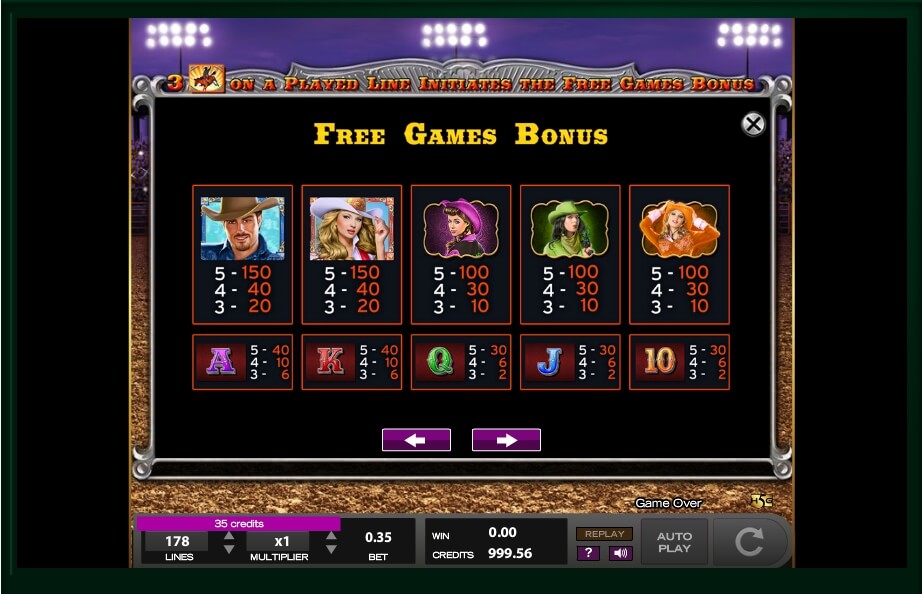 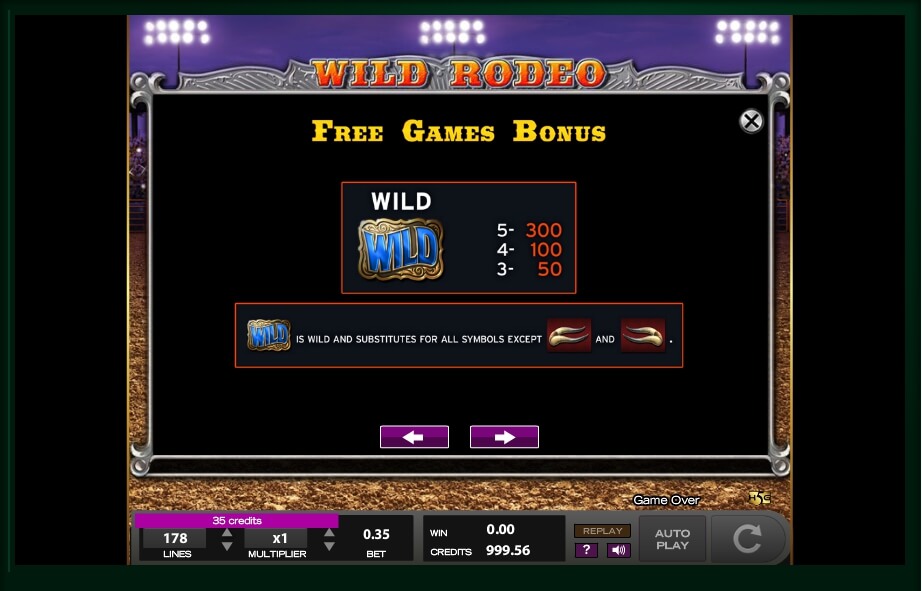 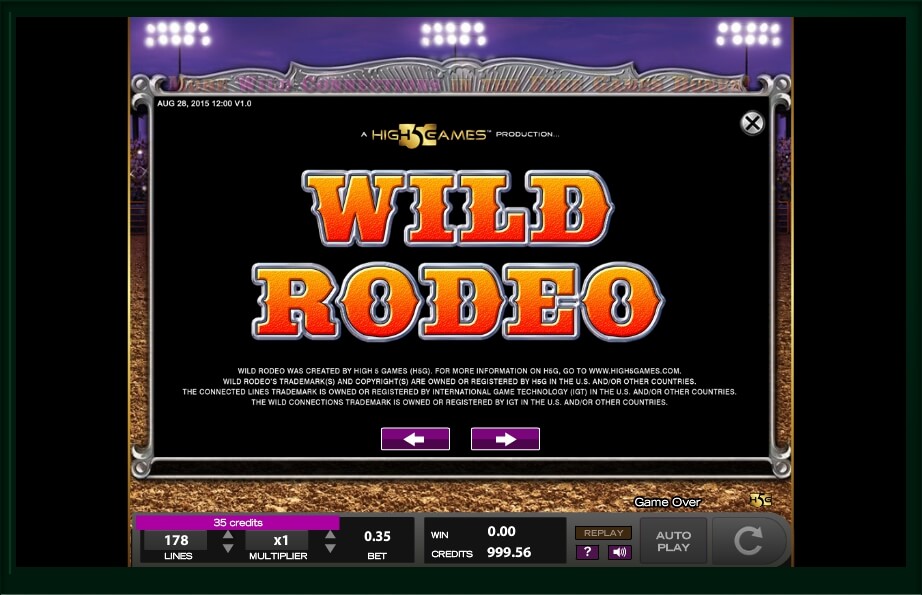 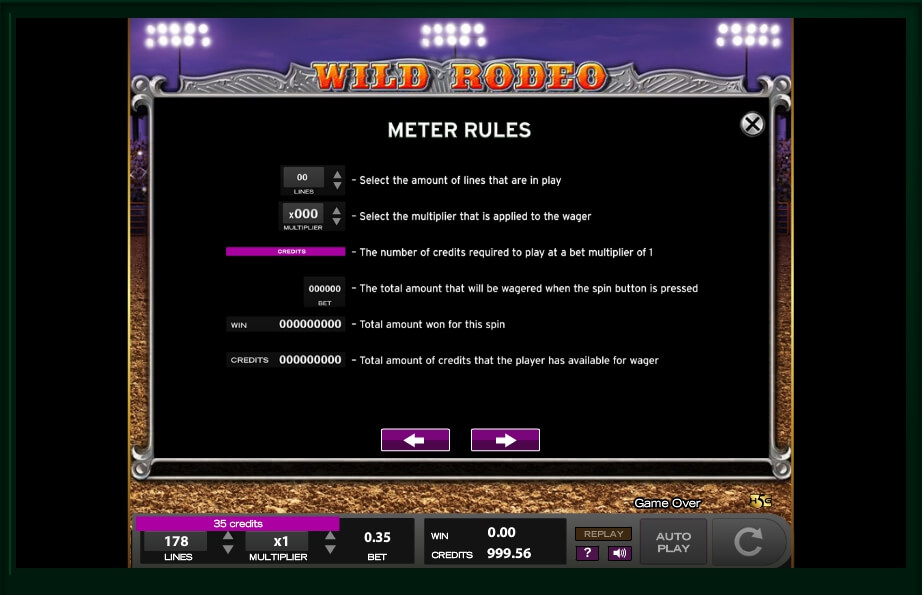 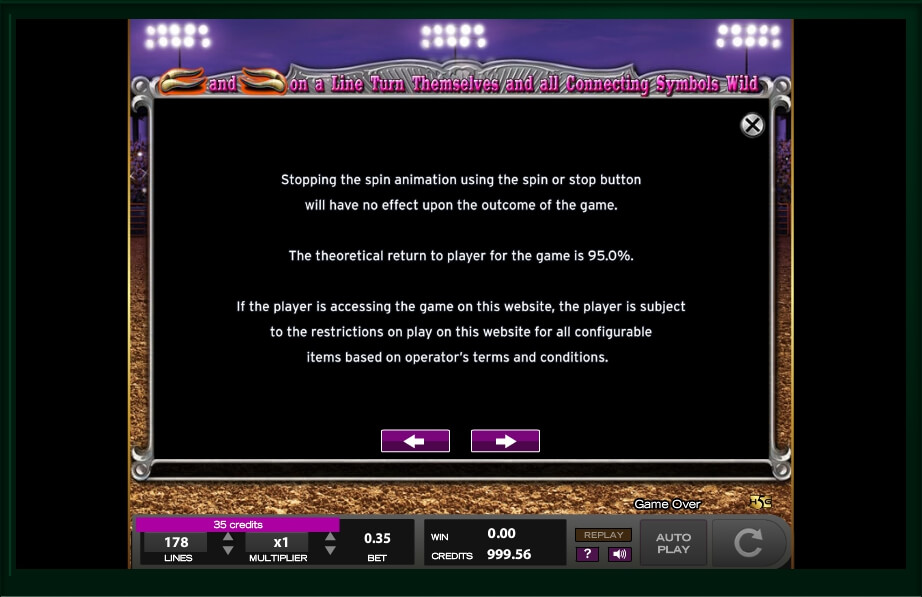 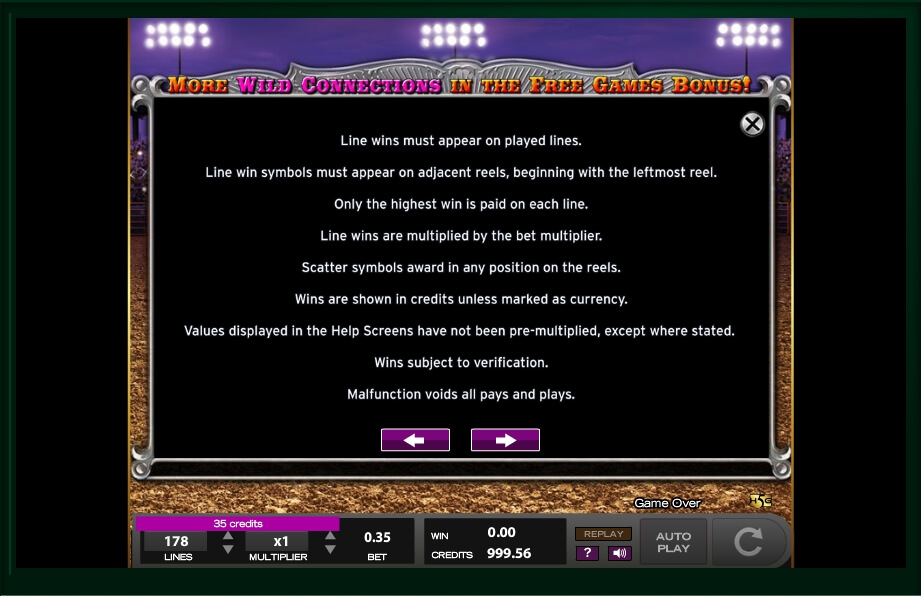 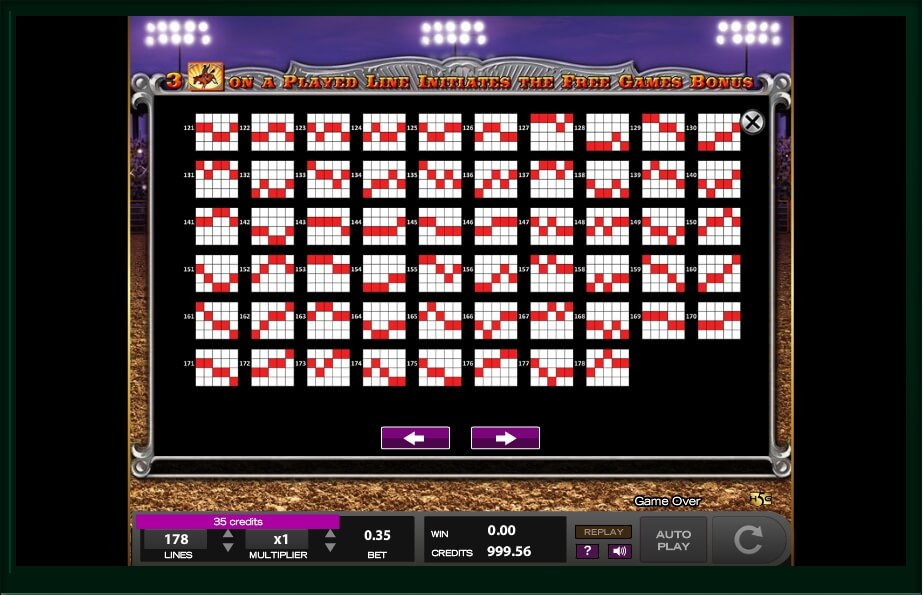 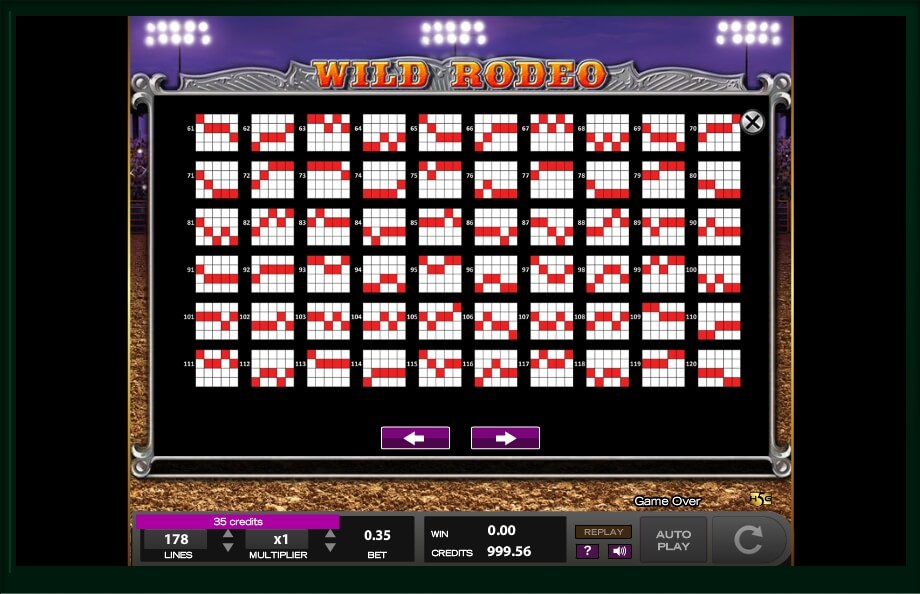 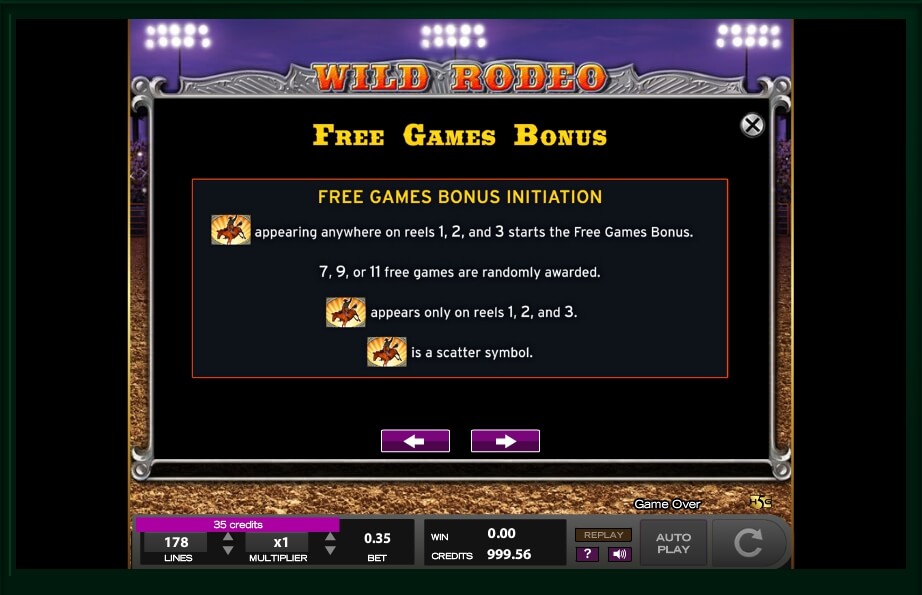 178 betting lines will be super profitable to play within this bright slot game! All pay lines are not fixed in the game and players can choose only those that they consider being profitable. To check out how lines are placed on the interface, players have to press an “Information” button. It can be found at the bottom of the screen.

Minimal bet in the game is one cent per one line. Maximal bet in this video slot machine is seven coins per one winning combination. In total, players can win 105 000 jackpot.

This is a traditional video slot machine with five reels in the game and three rows. They form 15 spaces on the screen. Among the active playing icons, players will see 11 symbols. Autoplay option is not available in the game. That means the player will have to press a “Start” button every time before the beginning of every new gambling session.

Make all symbols between the horns to turn into wild ones – this is not a joke it is just a Horn Symbols bonus game! The High5Games Software is ready to surprise the players with the new super profitable feature. Why do the players like wild symbols that much? These playing icons can be found on any reel. They appear in the game accidentally and replace all other symbols with those that are needed to form a winning combination quickly.

Just imagine how many winning combinations you may get, playing with such a great amount of wild symbols! However, this is not all interesting, that is waiting for the players in this video slot game. Scatter symbol – Burking Horse Free Games Symbol, can be met only on the first, the second and the third reels. In the amount of three, scatter symbols can give eight free spins to the gambler.

Start new gambling sessions one by one with no additional bet. Wild symbol can be found on any reel. It appears accidentally and can quickly replace all other playing icons with those that are profitable enough to form a winning combination.