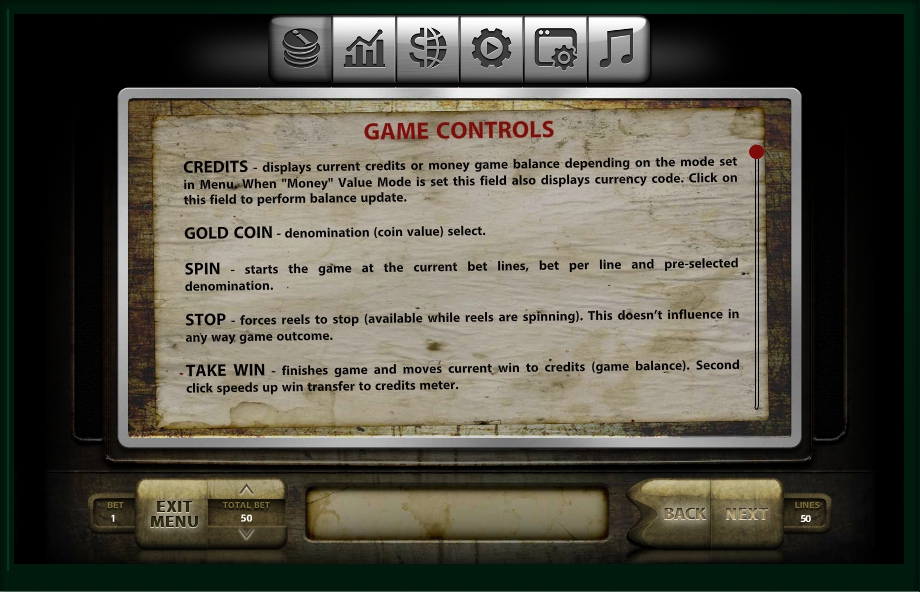 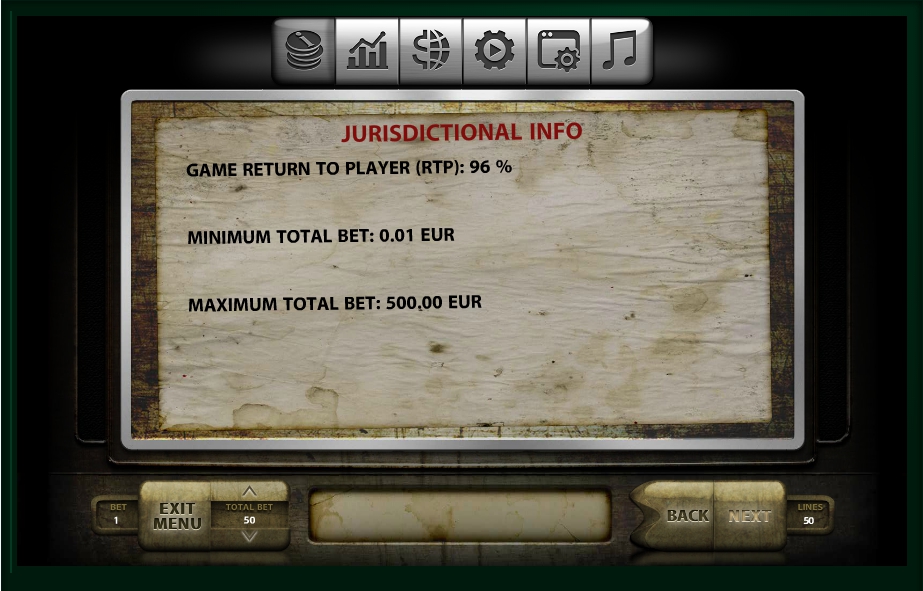 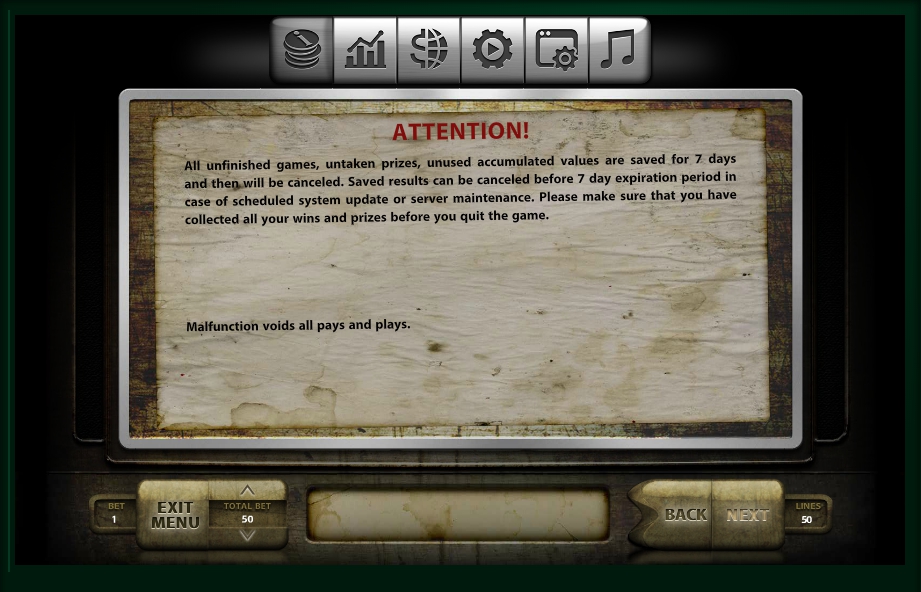 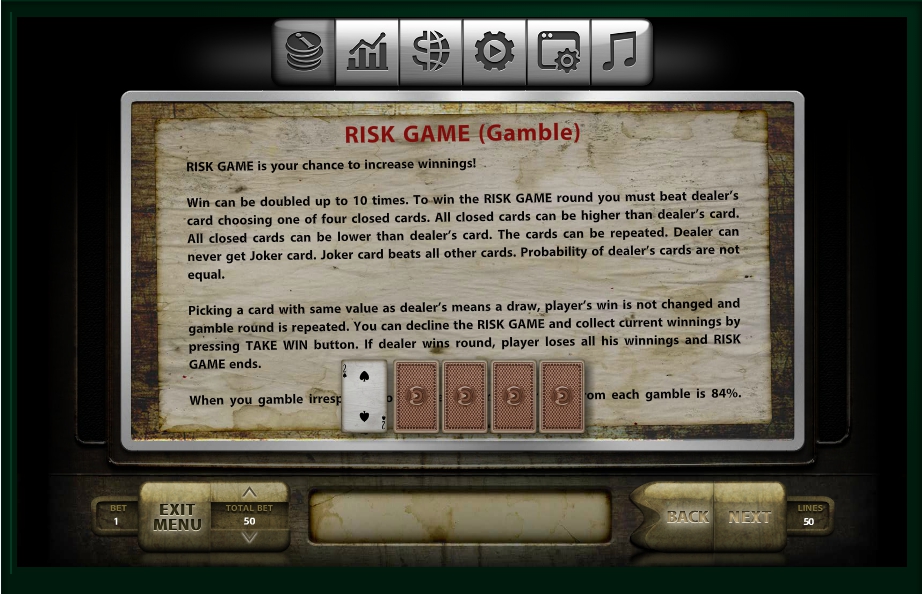 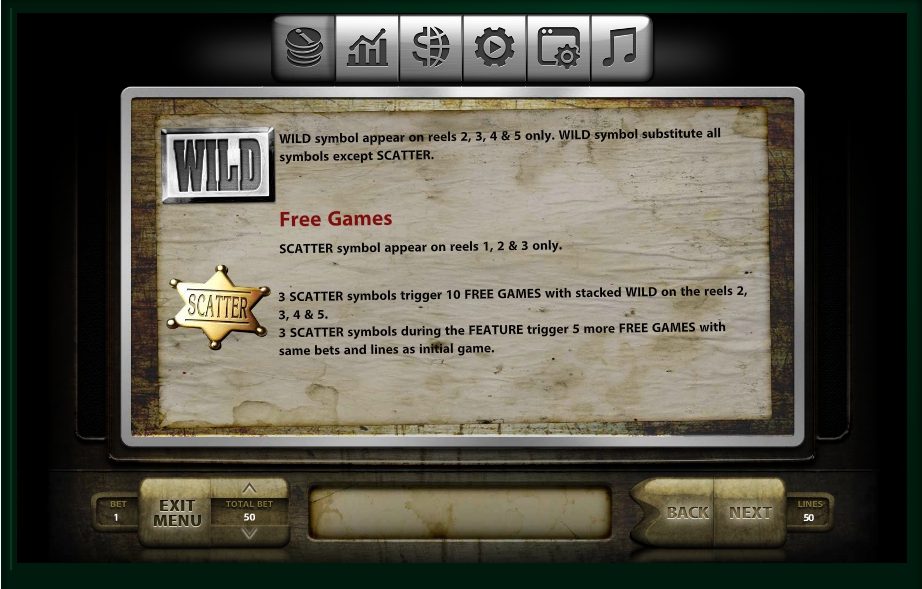 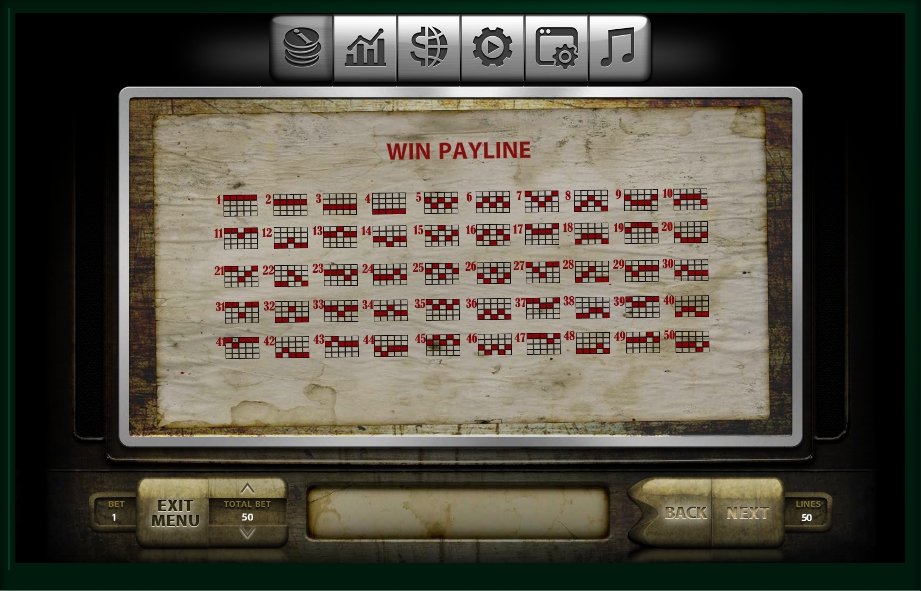 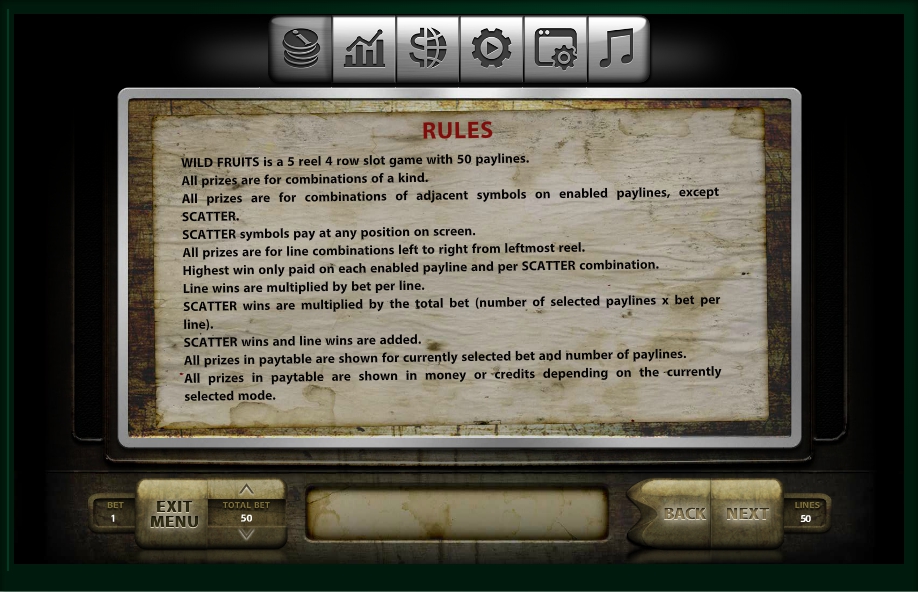 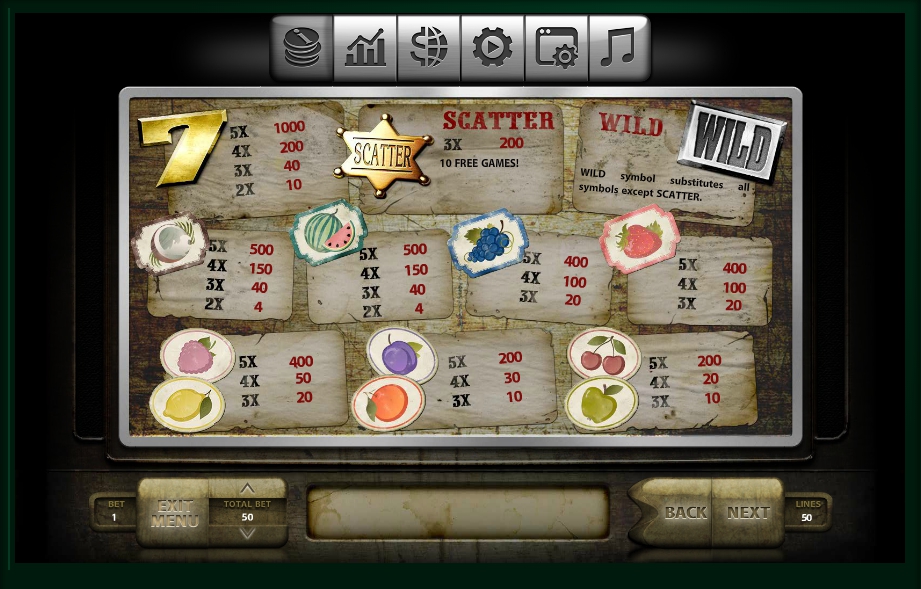 The phrase Wild West is always associated with adventures, romantic heroes, fearless gold seekers, bandits & sheriffs, wars with Indians. All these characters are a part of the American spiritual culture. The Fruit casino is also part of the history of America. Everyone remembers about chewing gum which was the main reward for gamblers during the prohibition of gambling. Plots about the Wild West and the fruit kaleidoscope of Las Vegas are probably the most vesting topics for slot machines of online casino.

The developers from the Endorphina decided to combine these two subjects in the original virtual slot Wild Fruits.

How to get to the wild fruit west world

The 5-reels and 50-pay-lines Wild Fruits slot looks like an old street phone with dirty buttons. The authentic backdrop compositions will fill the gambler with western-style sounds. The tour to the wild fruit west world is going to be fruitful! The gambler pushes the Credits key above the reels to fix coins size and the Bet key to fix the quantity of coins per pay-line. He has the Menu with the Total Bet to regulate his total bet.

The Lines key is to fix the quantity of active pay-lines. The Spin is standard start key, the Auto key is responsible for non-stop mode and the Turbo key will rotate the reels faster. After any victory, the gambler will notice the Take Win and the Take Risk keys to make a choice between grabbing the win or risking and continuing the gambling.

The slot elements and the Take Risk program

The color scheme of the Wild Fruits slot is dominated by black color and steel shades. On the playground, the player will rotate fruit and berry elements on plates, such as watermelon, orange, grapes, raspberries, apple, strawberries, lemons, and cherries. It is worth to not forget the western attribute such as the sheriff’s star.

Additional special effects are another advantage of the slot. In the prize compositions, the seven and the star rotate, while the remaining elements ignite and completely burn. The fruit jackpot is equal to 1000 points. A wild element is easy to recognize on the playground, as an element with the same name falls on the reels.

In the prize program, a wild element will manifest itself in a special way. It pops on the reels many times to completely fill the reels. If 3 stars shine again during the bonus free rotations, the gambler will obtain five additional free rotations. In the Gamble program, the gambler may double the win of each prize composition.

After pushing the Take Risk key, an additional window opens, where five cards are located. All of them are closed. The first one is opened by the dealer. The gambler makes his choice. Out of four cards, he ought to choose one that will be ranked higher. In this case, the victory will be credited and the bet doubled!

The Wild Fruits slot for free

There are two modes of gambling in the slot. A beginner may play the Fruit West by selecting the demo mode without registering and downloading. Instead of real money, the gamer will have demo coins that will allow him to rotate the fruit reels for free.