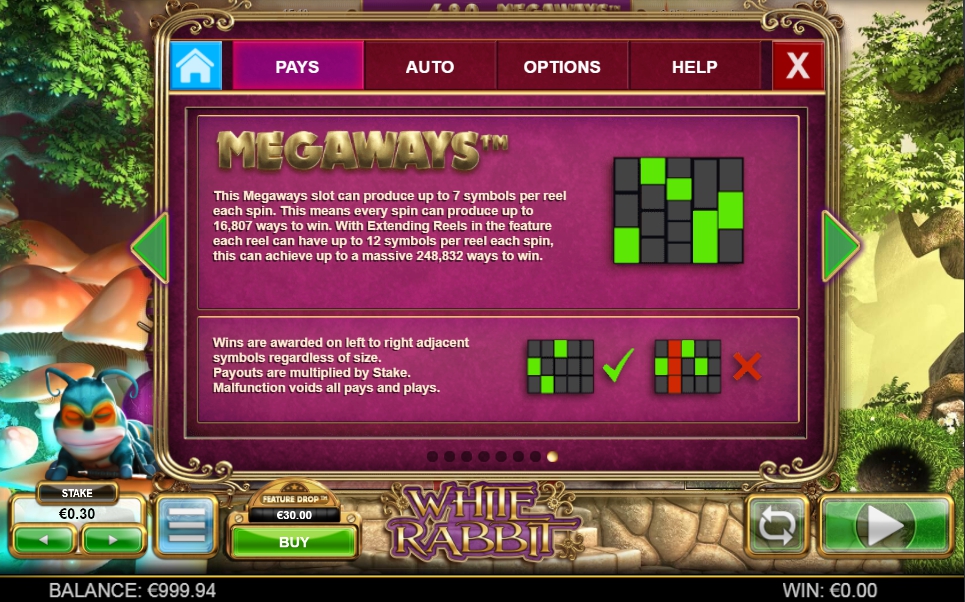 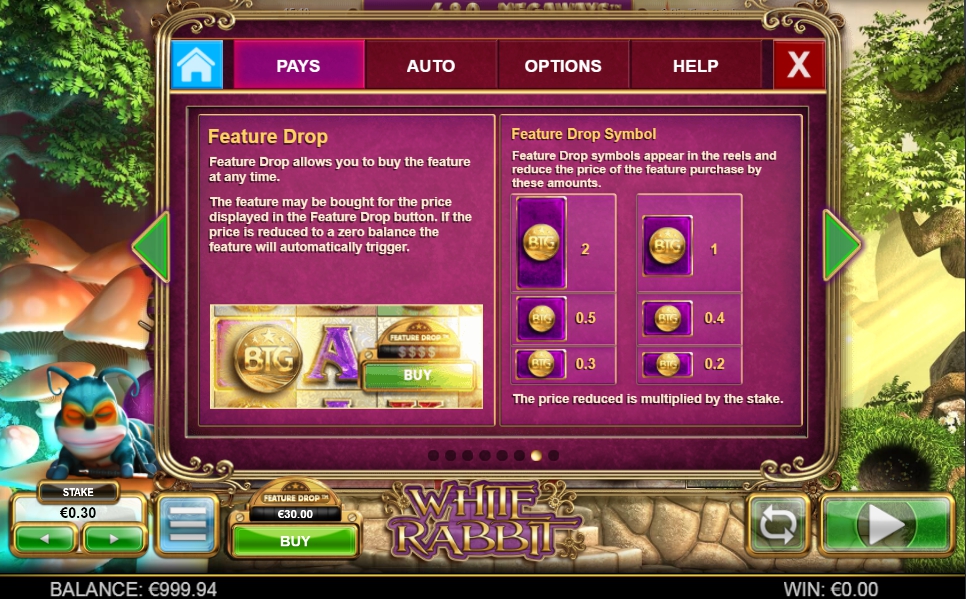 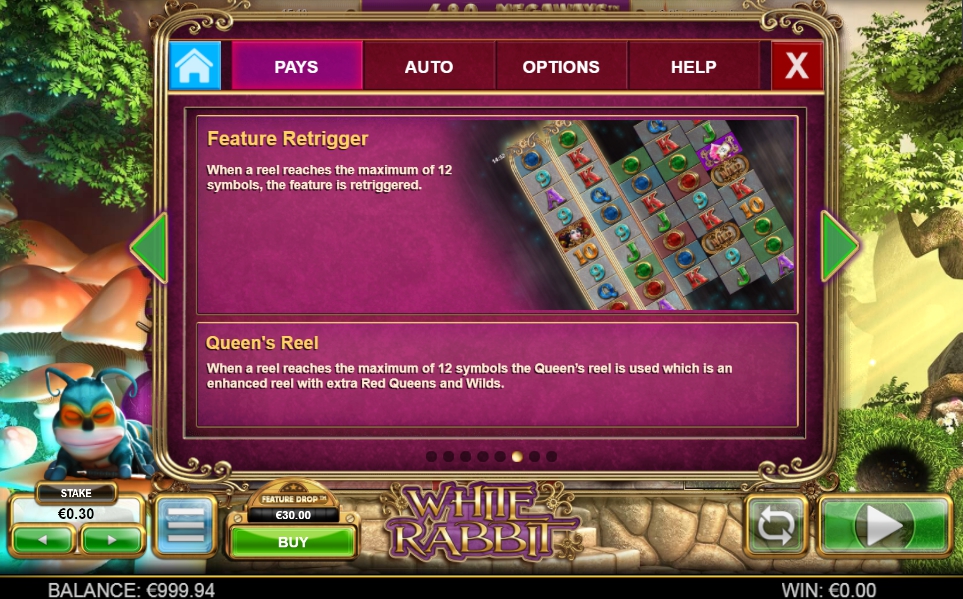 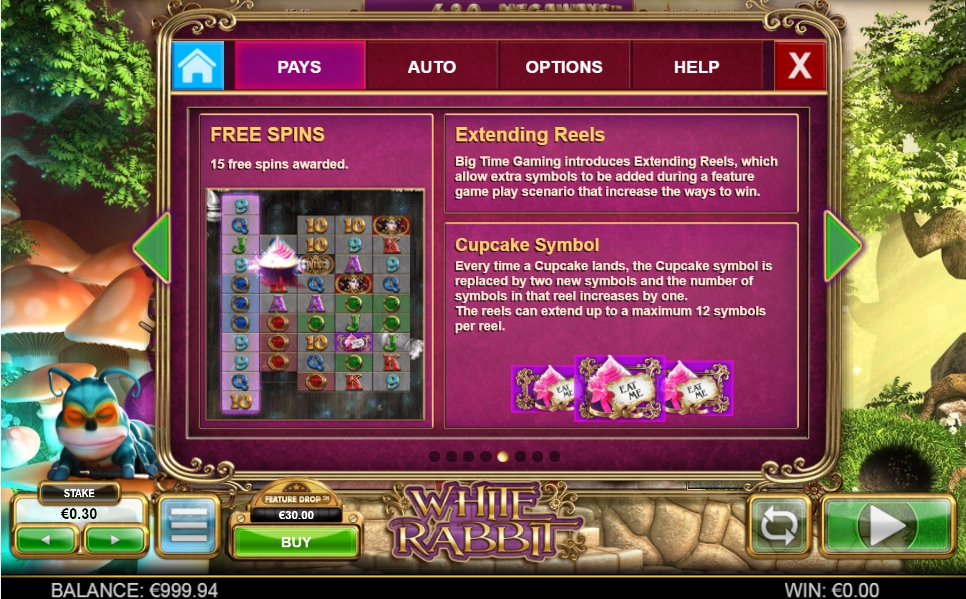 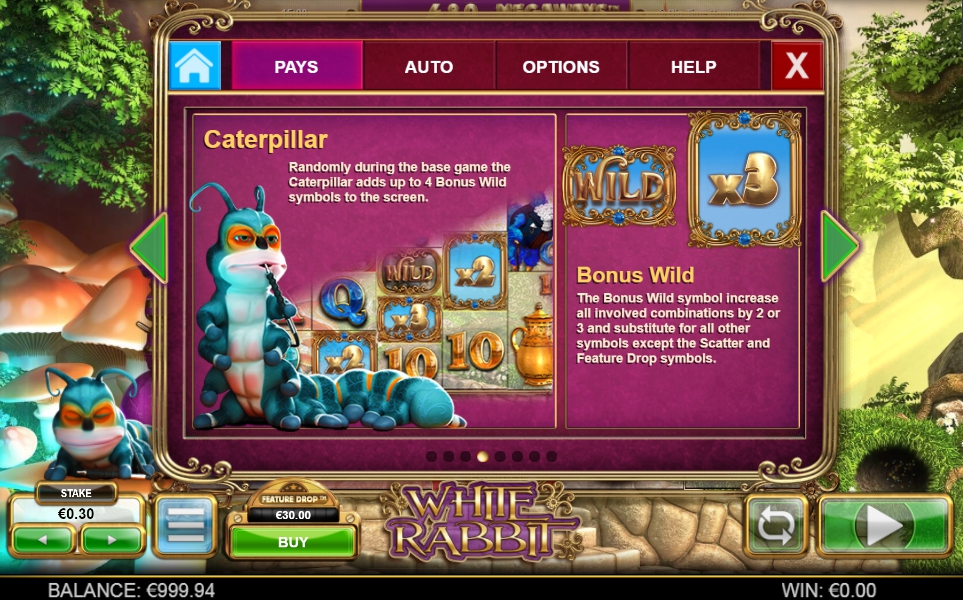 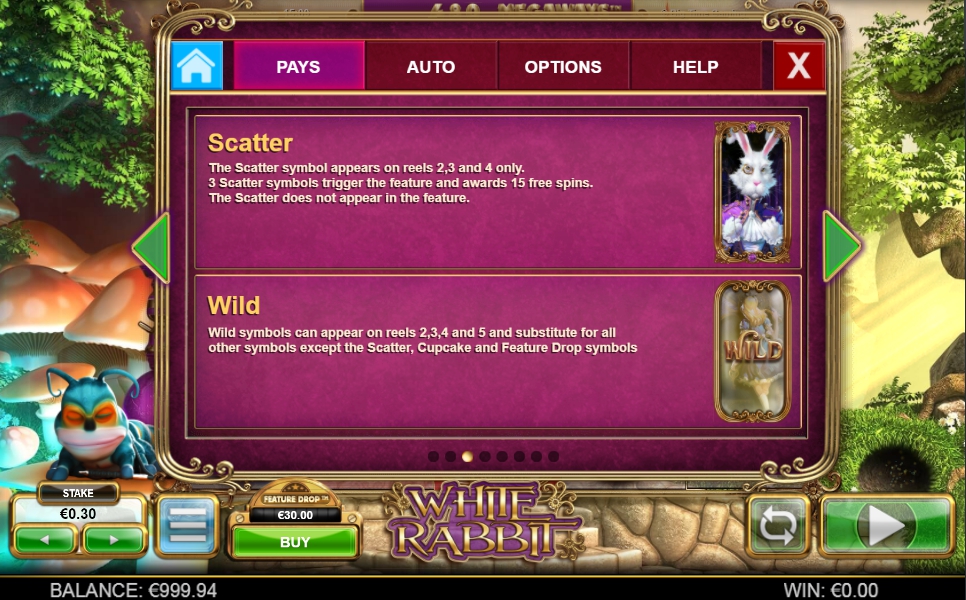 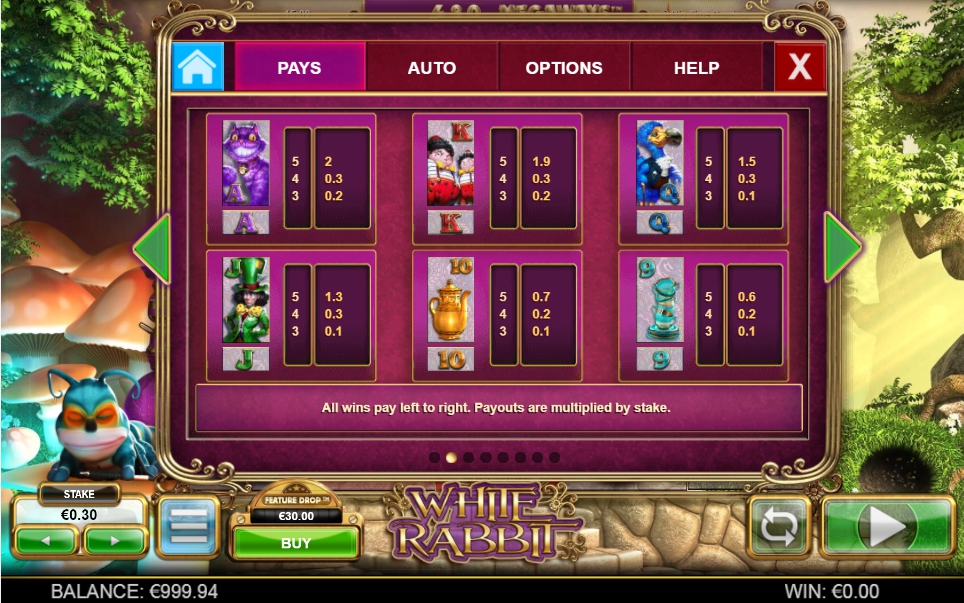 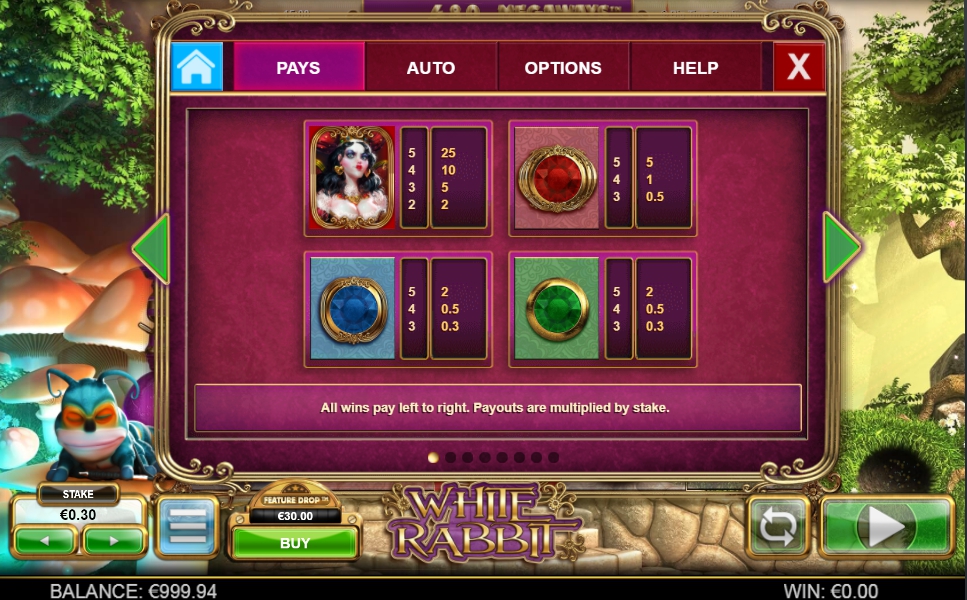 For many years, humankind has been surprised by an extraordinary fairy tale created by a famous English writer Lewis Carroll. His works about a little dreamy girl Alice amaze the imagination of both adults and children. According to the plot of the books about Alice, humanity created even animated and feature films. However, the developers of slot machines also decided to join the work on making their own wonderland. So, the “Big Time Gaming” company released a slot called White Rabbit, based on the motives of the fairy tale.

The colours of the slot are dominated by all shades of green. Judging by the background image of the slot, the developers suggest to stop at that moment of the tale, when Alice met with other heroes. On the left side, the developers placed the wisest Caterpillar, who smokes a hookah. On the right side, there is a burrow hole, in honour of which this video slot was named.

Thus, the background and the symbols of the game correspond to the given fairy-tale theme, but the control panel with the function buttons is executed in a neutral design.
Before starting to rotate the drums, you first need to study the theoretical part. Next, a user must choose a suitable rate, according to which payments will be made. Adjusting the size of the bet occurs when using special arrows located near the Stake section. On the right side are two buttons. The first of them starts the rotation of the drums in manual mode. The second button makes the automatic rotations.
The main feature of this five-drum online game is a presence of 248382 paylines.

Wild (the girl Alice) will appear on all the drums, except the 1st one. This picture doesn`t form a combination, but replaces the basic icons in the chains.
Scatter (is represented by White Rabbit) is depicted on 3 middle drums. Three Rabbits run free spins.
Bonus Wild (multiplier x2 or x3) is a kind of the wild card replacing pictures and increasing the payouts by combinations.
The Drop Symbol feature reduces the price of paid start-up of free-spins. The cost is indicated on the left, above the window of the bet. Initially, it is equal to one hundred common rates. Coins reduce it.
The Cupcake Symbol drops out only during free-spins, being replaced by two symbols. They are arranged vertically, increasing the column.
Free Spins can begin in two ways: for three scatters or for a certain price, specified in a special box.
Queen’s Reels – drums with 12 cells. They have more jokers and queens.