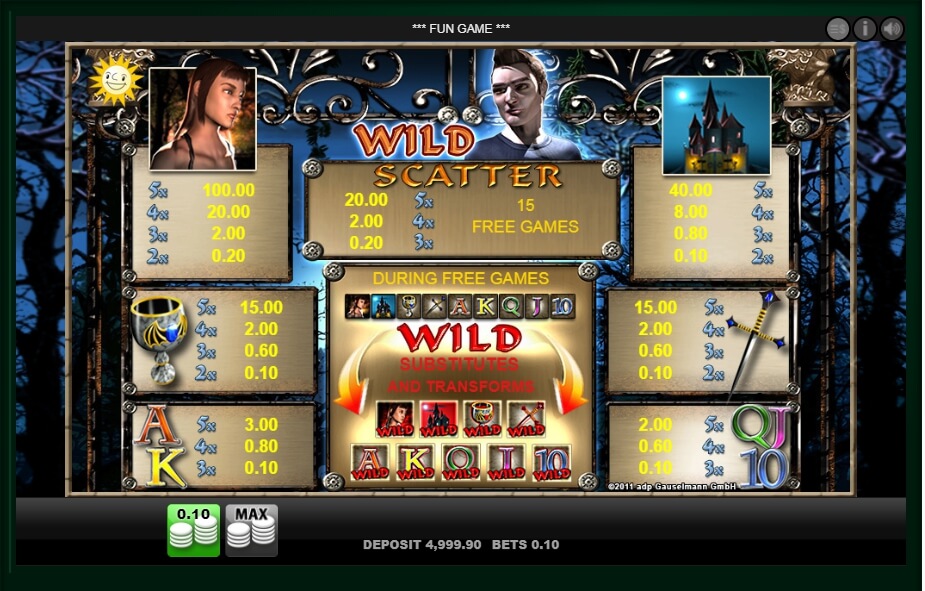 The first mention of vampires appeared at the end of the 6th century. In those days, people completely disappeared fantasy people invented vampires who hunted lonely travelers. So today we can find a lot of information about the organizations that tried to fight these creatures. However, even among such stories there is romance and love that are written in the Vampires video slot that has been released by the Merkur corporation. Here the provider can tell a famous story in the new style that has no analogues.

The design of the gaming machine fully corresponds to the given game theme. The background in the game is rather gloomy and a little frightening, and players will be able to see the mysterious mansion. In many films, it is told that vampires live in mansions.

This is due to the location of houses that are away from the city and here vampires can hide from sunlight. In order to create a more conducive atmosphere in the gaming machine, the developers have used high-quality animation as well as 3D technology. The creepy style is also underlined with mysterious sound effects that can be turned off at the discretion of the participant.

The playing field with 5 reels and 5 active lines are surrounded by columns. At the top there is a stylish logo. In order for players to have no problems, the developers have used a standard control that does not have complicated rules and functions. To specify the nominal value of the coin, use the button on the left side. With this option, the player can bet from 0.05 to 100 credits per line.

Due to a wide range of rates, the participants can play according to their budget. But if you want to win the grand prize (100 thousand), you should play at the highest rates. To start the spinning, the player will need to click on the square button. The automatic game mode is designed to speed up the game process, you just need to set the initial parameters once and observe the interesting story that is suggested by the developers.

The slot machine has a rich gameplay that is complemented by the wild symbol. A vampire can appear at any time to complement a combo on the playing field. When it happens, you will see a terrific animation during which the wild symbol will show its abilities. Now the player has a chance to get a double payout to his account. To do it, he/she needs to click on the image of playing cards and guess the color of the inverted map. To multiply the prize by 4 times, you need to try to guess the suit of this card.

The second variant of risk games is called “Ladder Gamble” and it offers to win the main prize of the video slot. To do it, the player needs to select high coefficients to reach the top of the ladder. If the user makes a mistake, his/her last payment will be canceled and he will return to the main mode. We would like to draw your attention to the fact that this amazing story is available without mandatory registration and downloads. It is a terrific chance to win real money, is not it?