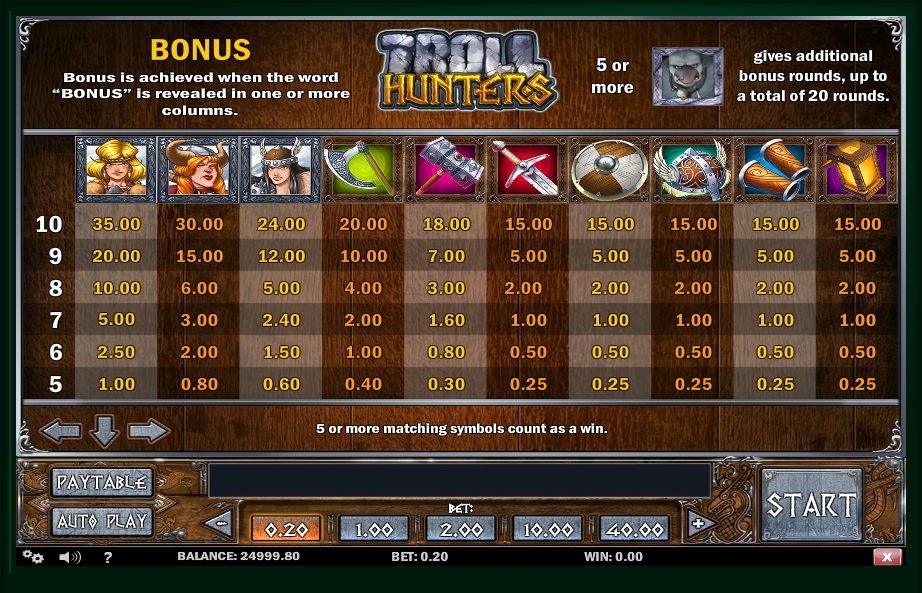 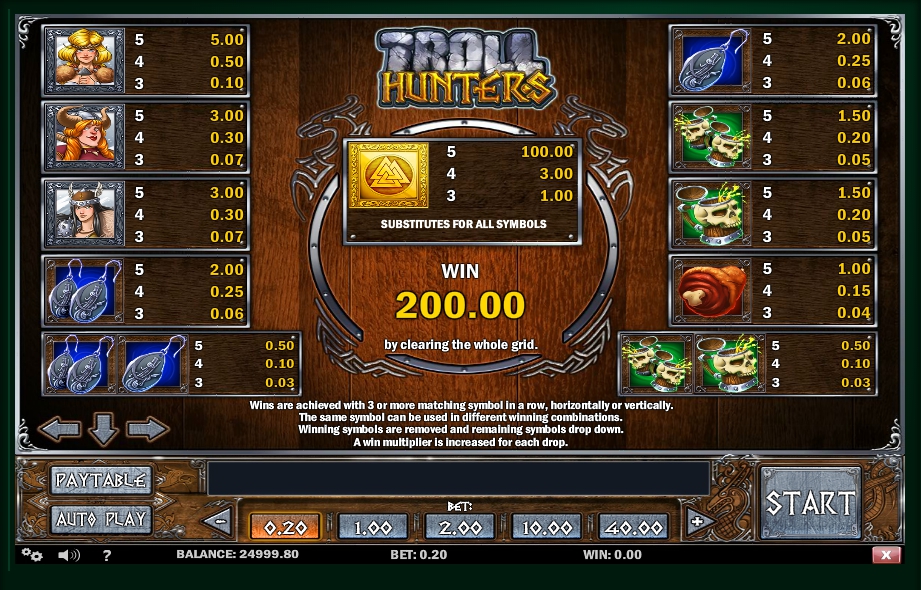 Legends of trolls originated in northern Europe, mostly in Scandinavian countries, such as Sweden and Norway. Trolls very often appear in similar slot machines, performed in the subject of Scandinavian mythology. In Troll Hunters slot players will be witnessing how the great heroines will lead the hunt for monsters.

The Troll Hunters slot macgine has a fantastic theme. In the background is a beautiful landscape. The blue sky, high mountains carry us to the village of Vikings where they prepare for battle with evil trolls. The design of this machine will be slightly different from the classic modern slots. In the center of the window there will be a playing field, which consists of 5 reels.

In the left part of the screen gamers will be able to see a tablet in which all winning combinations will be fixed, which are dropped as a result of the last rotation. To the right of the playing field is the name of the game with the logo and the image of a Viking girl with a huge sword.

The panel with control keys and additional information windows is located at the bottom of the game window. Thanks to a large number of additional functions and a huge playing field, the game process will be even more interesting and more profitable. In order to start playing, users should initially choose a bet.

Before the game, you can visit the paytable, in which gamers will be able to find all the symbols and odds. After selecting a bet, users can activate the rotation of the coils.

In the online Troll Hunters slot game, the combination is considered to be winning if 3, 4 or 5 identical images fall in one line horizontally or vertically. In the event that the player will be able to remove all the characters on the playing field, he will be credited with 1000 credits.

The bonus game in Troll Hunters slot machine is a set of free spins with advantageous functions. Bonus mini-game can begin in the event that users will be able to completely clear the bonus column.

In this round, a troll appears, a combination of five of these images allows users to add a few extra spins. Games for doubling and the progressive jackpot in the slot is not provided.

The Sword and The Grail