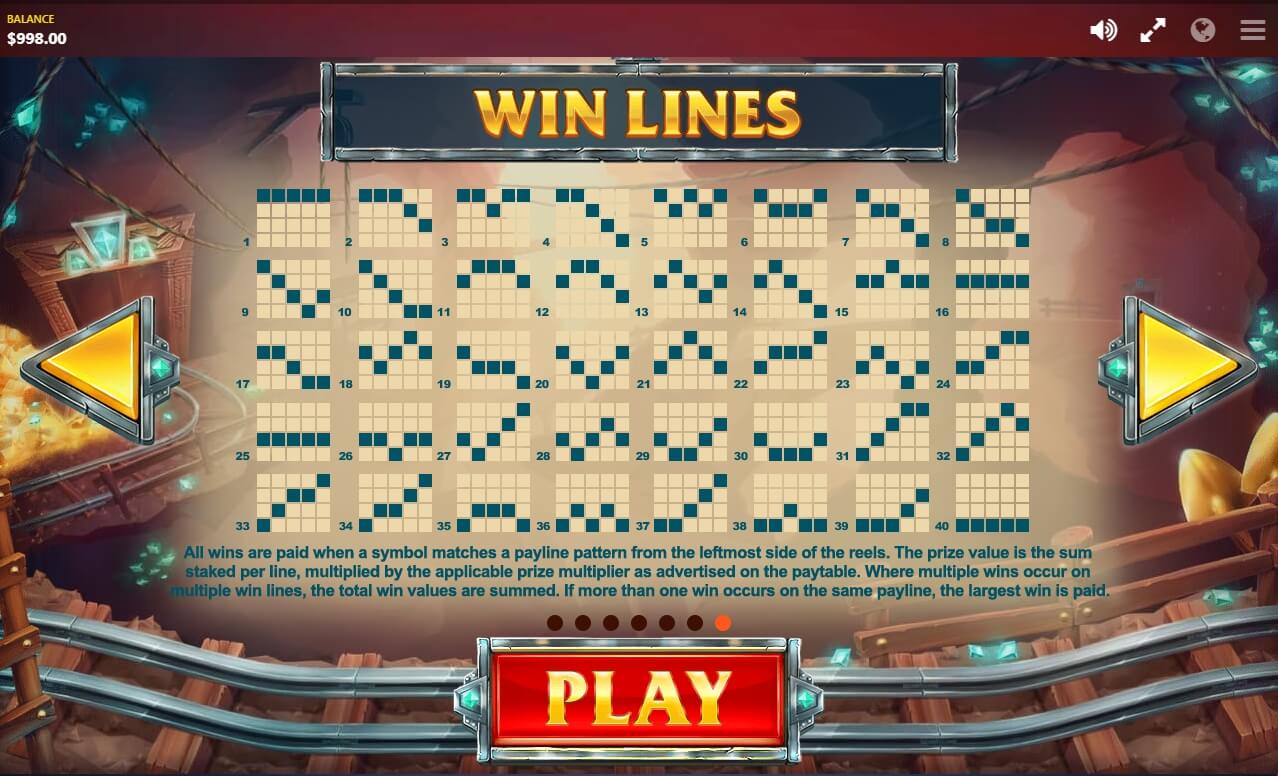 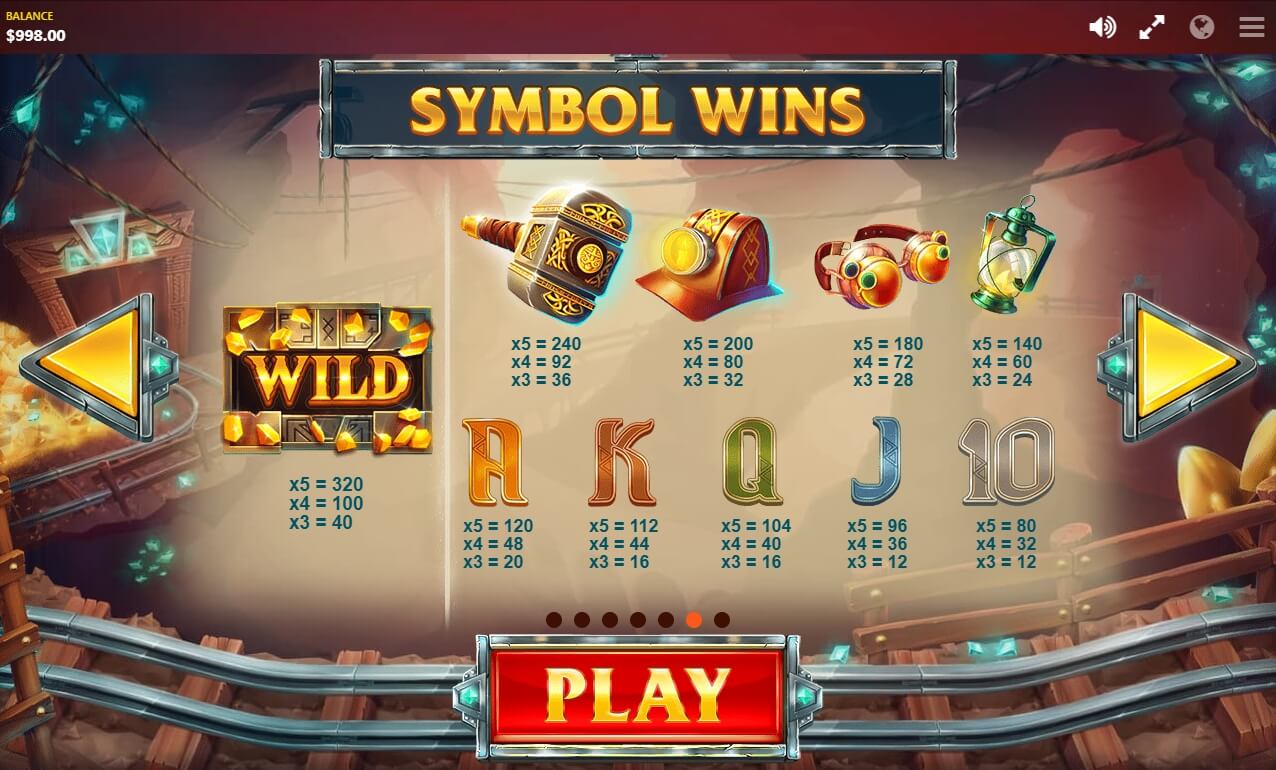 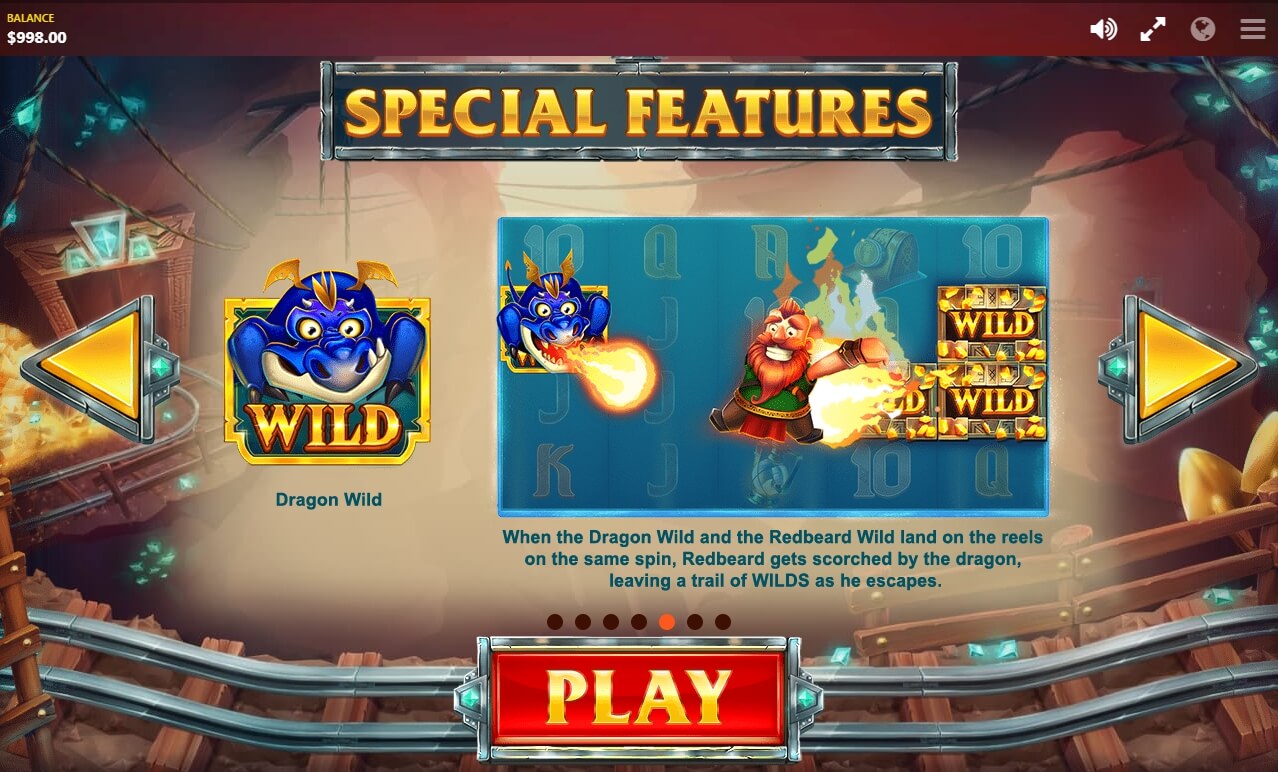 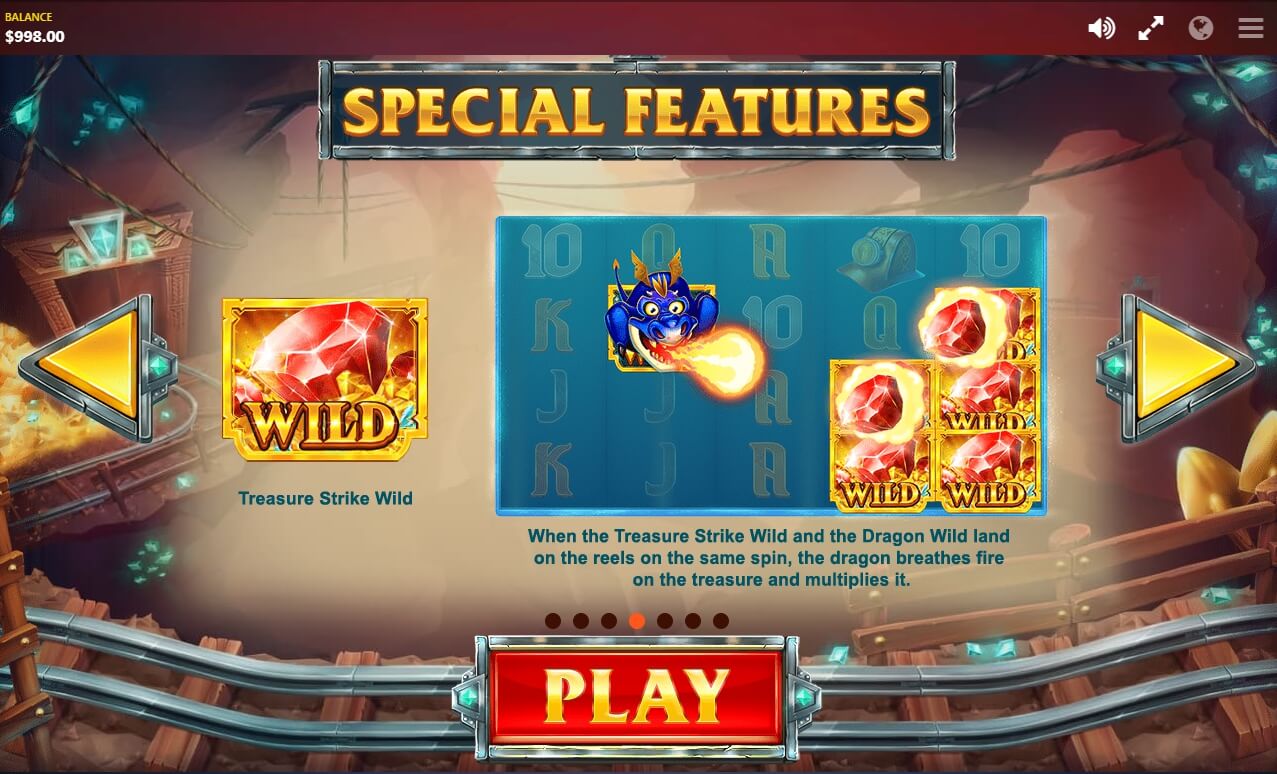 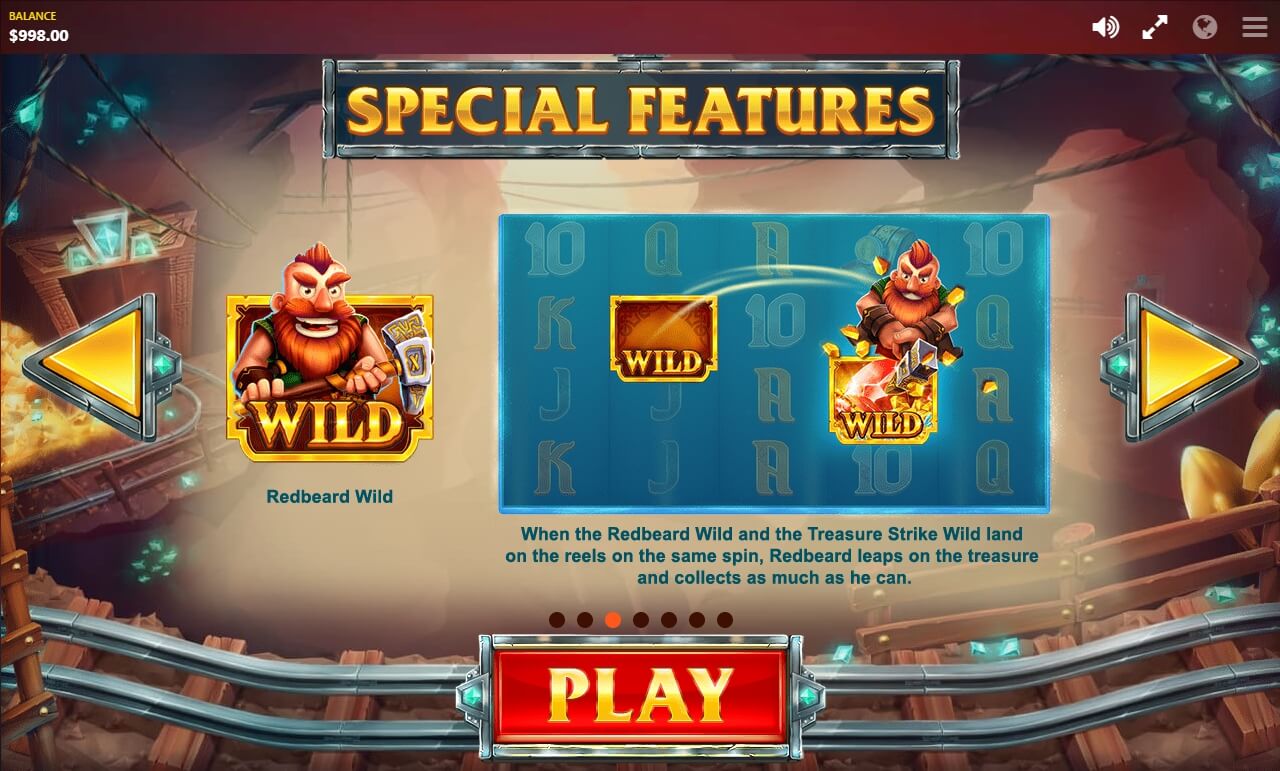 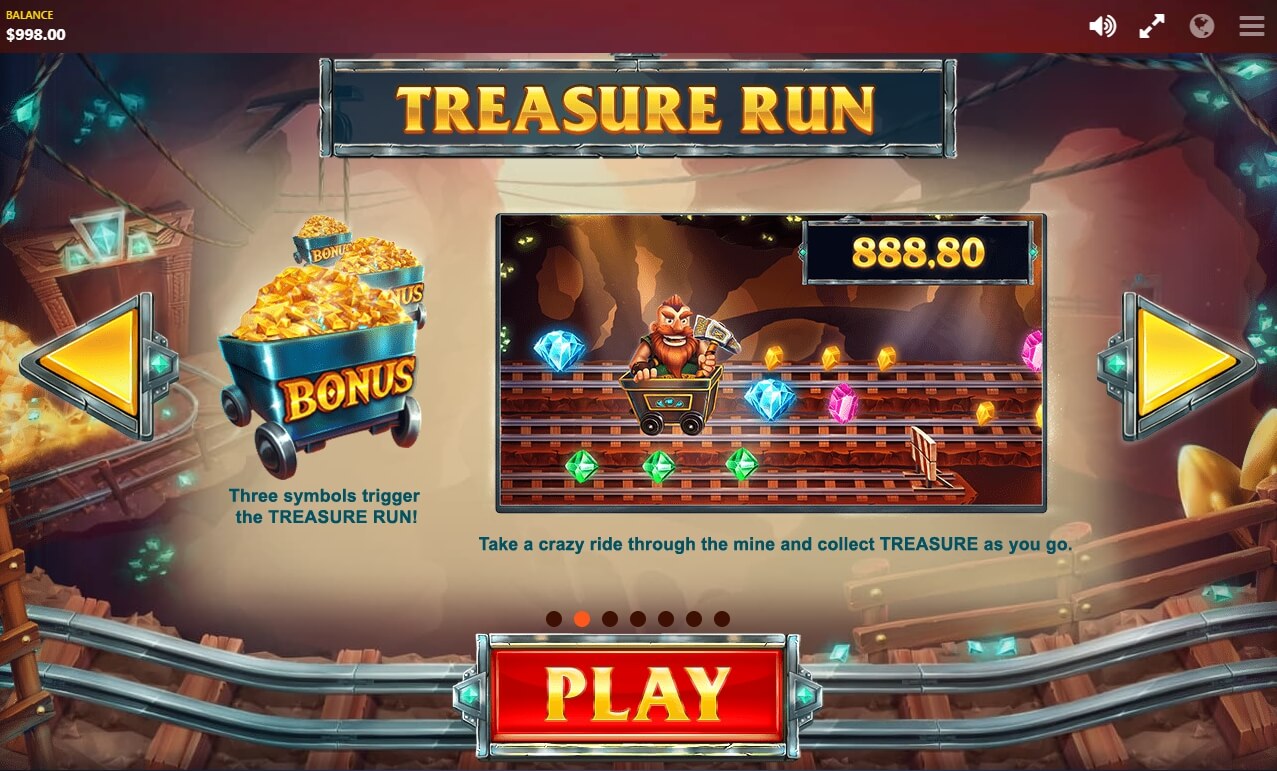 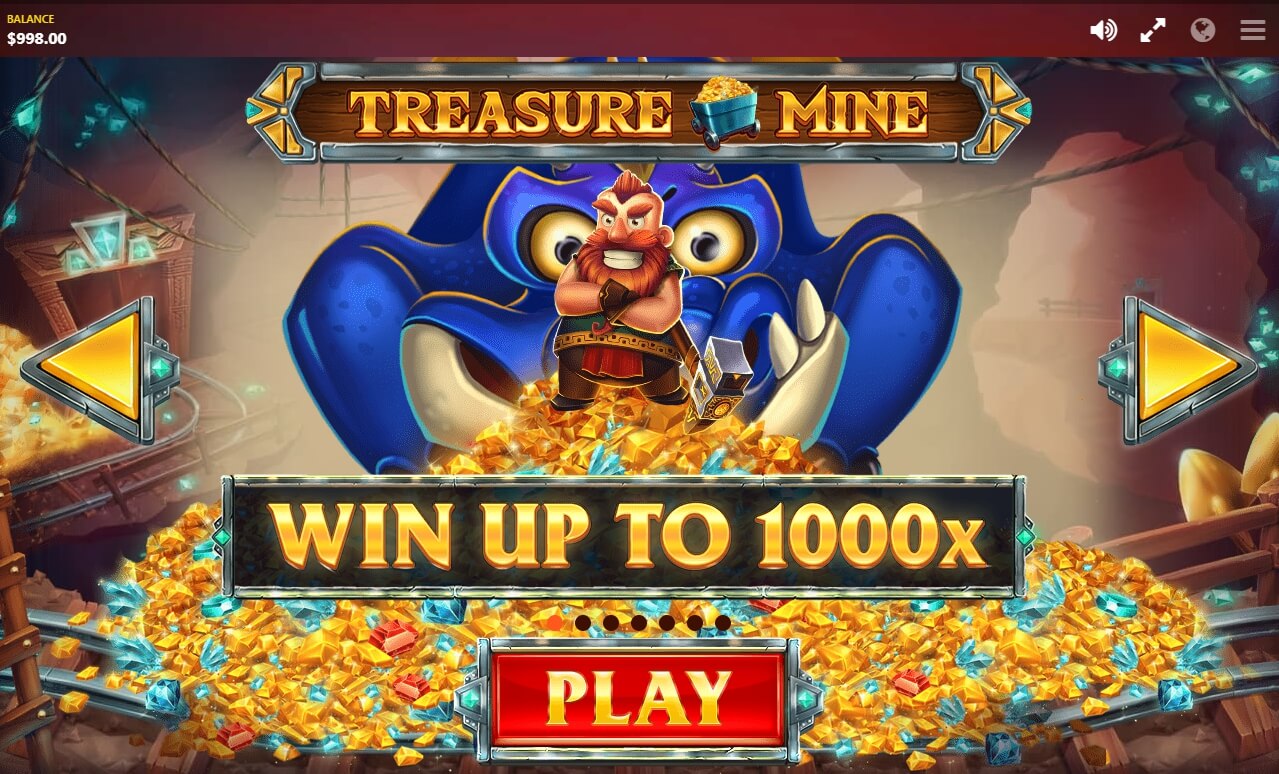 Dwarves and Dragons share somewhat similar habits – they like hoarding gold and hiding underground. Despite these similarities, when they meet in dragon caves, Dragons tend to fry dwarves with their hellfire. Yet, even despite this fact, dwarves` urge for treasures is a lot more powerful than their self-preservation sense (or even their common sense). Thus, dwarves tend to dig deep to get to gold and other treasures, and a lot of stories are told about this in computer games. like Dwarf Fortress or Craft the World.

Treasure Mine by Red Tiger Gaming is one of such games. What differs it from most other “dwarfs dig and confront the Dragon” games is the fact that it is not some RPG or survival/building sim, but instead Treasure Mine is an online slot machine that lets its players to gamble for real money. In addition, players need no download, no registration and even no digging license in order to play it.

How to Dig in Treasure Mine
Gameplay and Prizes

The dwarf-hating Dragon in Treasure Mine have collected as much as 160,000 dollars for the Jackpot. In order to dig down to it, players spin 5×4 reels, which is not very common among modern slot games (3×1 and 5×3 are almost a standard). Such a huge game field makes place for as much as 40 non-configurable winning lines. Bet can be set from 20 cents to 60 dollars.

There are nine types of paying symbols in Treasure Mine, namely cards from ten to ace (just like in poker machines at Las Vegas casinos), a miners lamp, goggles, a miners helmet and a dwarf`s hammer that pays the most among all symbols. The game is played on a game field that represents a mine full of treasures, and the only background animation is a light swinging of the miner’s lamp, hanging to the right of the reels.

However, when bonus modes are triggered, the game shows some great and funny animations, like the Dragon attacking the dwarf. The autoplay mode is present and lets you set the number of auto spins, loss limit and other stop conditions, like single win limit and stop in the events of Jackpot or bonus.

What Lies Deep in Treasure Mine
Features and Bonuses

Treasure Mine has some unique bonuses that are rarely seen in other slot games. Collecting three symbols with a mining card full of gold activates the Treasure Run mini-game where the dwarf rides such cart and collects different treasures.

There are four types of Wild symbols present in Treasure Mine – a regular one, the Redbeard Wild, the Treasure Strike Wild, and the Dragon Wild. When all special Wild symbols appear on the screen, players immediately receive the Jackpot.