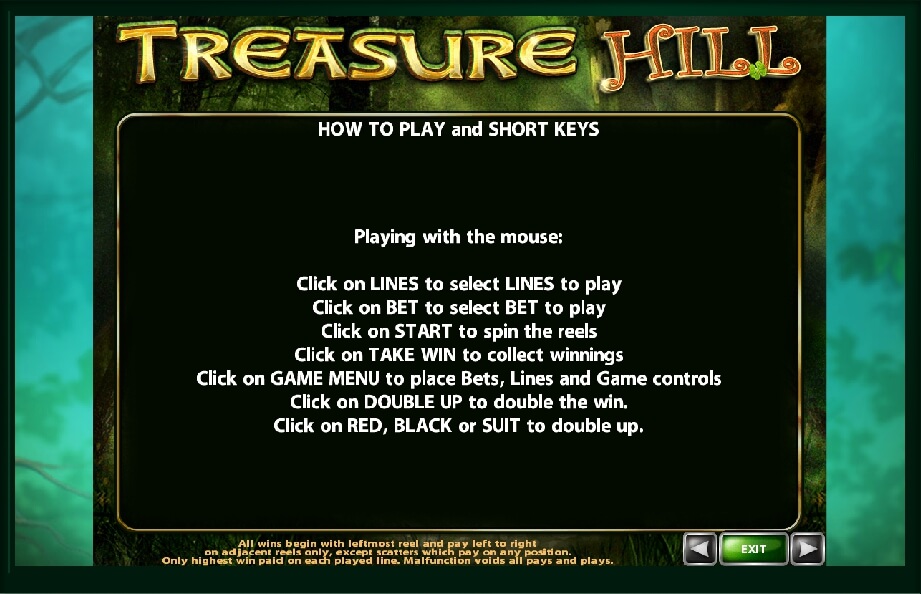 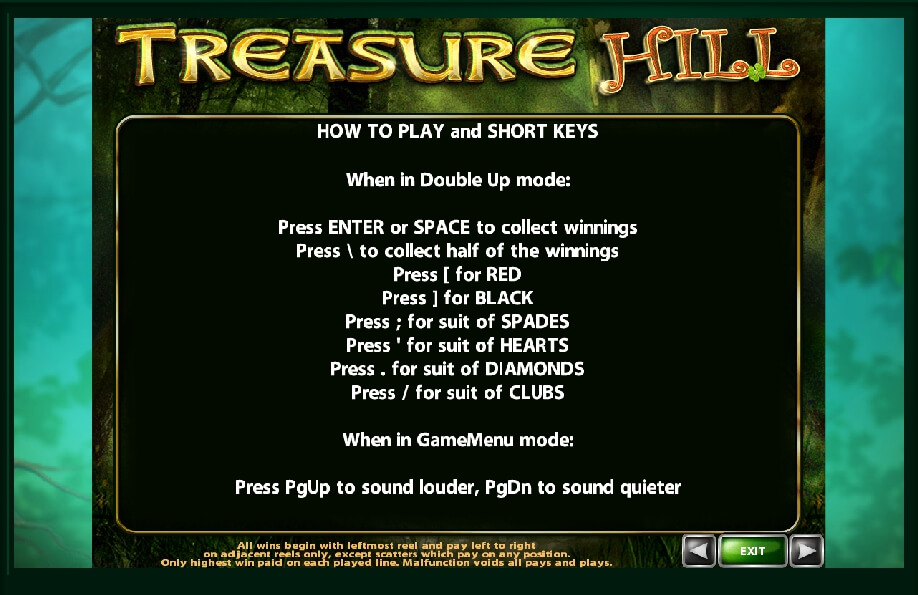 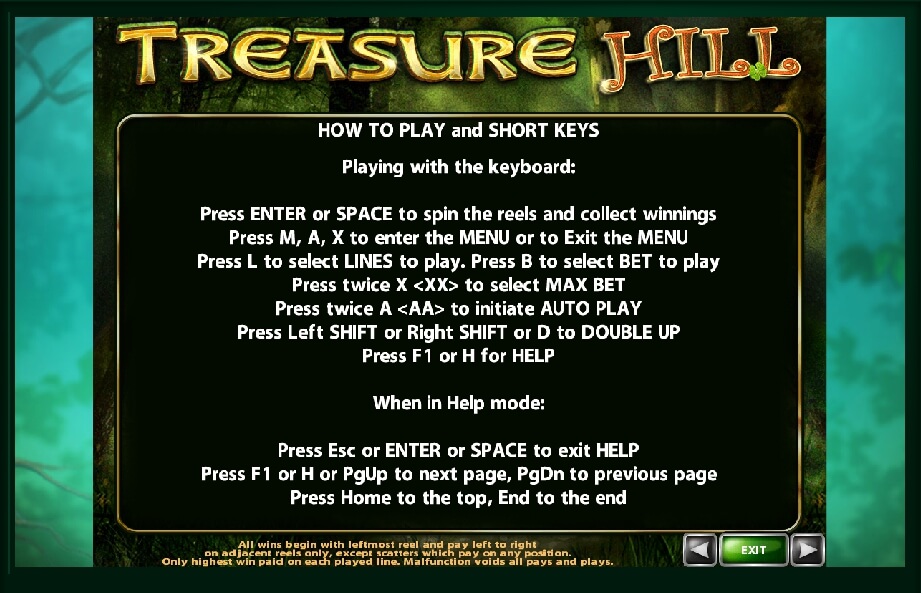 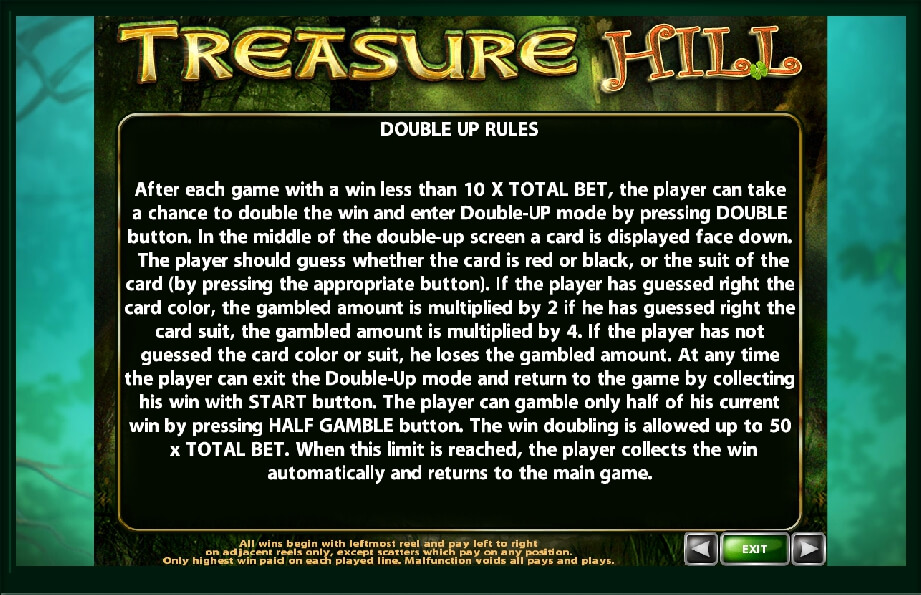 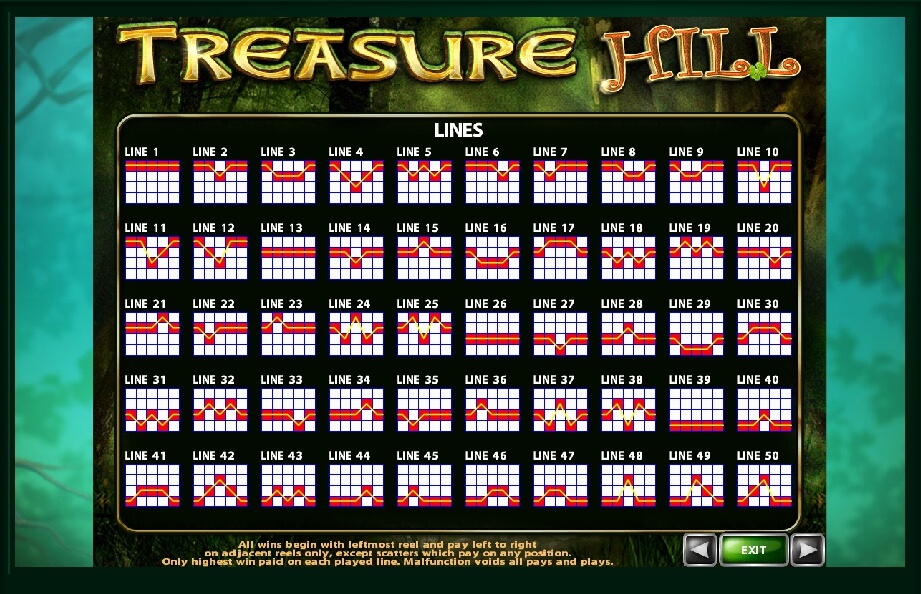 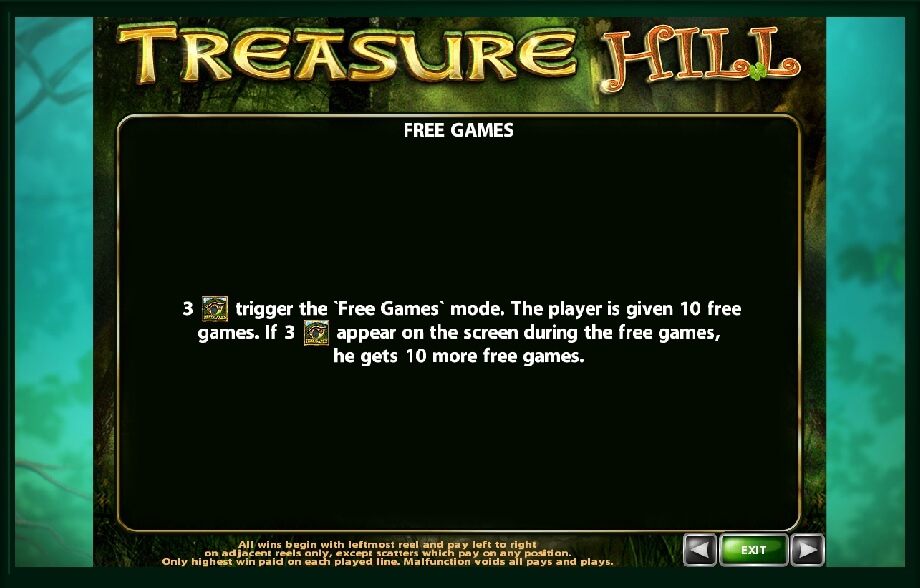 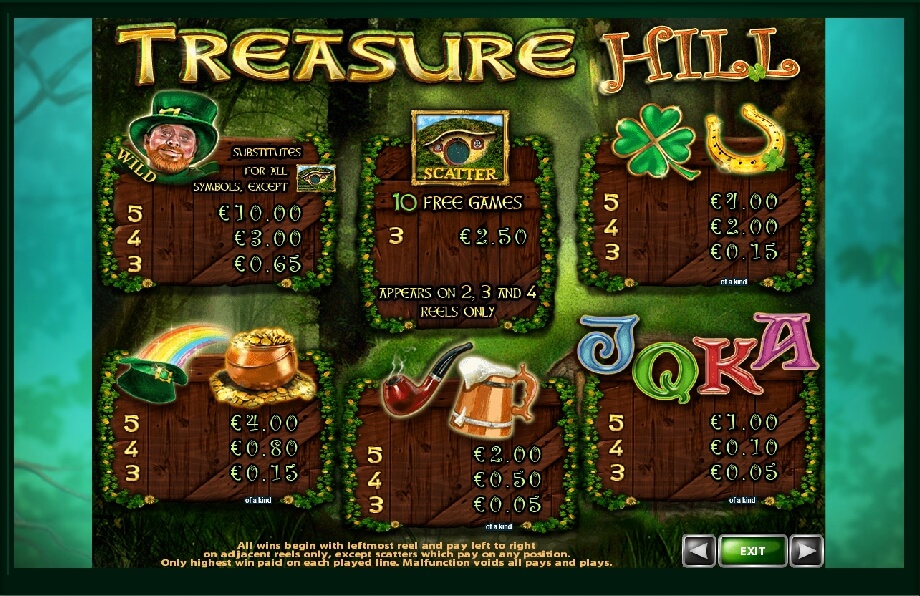 Most tourists visit Ireland in search of gold and magical leprechauns. Even schoolchildren know the peculiarities of this culture today. This amazing country attracts with its unusual nature, traditions and mythical creatures that live in the hills. By catching a leprechaun you can become a very rich person, as this creature can give its treasures to you. Irish motives and searches for golden leprechauns are waiting for all players in the game Treasure Hill.

This magnificent video slot was developed by the famous platform “Casino Technology”.

The presented game introduces a fun leprechaun which has a lot of golden coins and ornaments. According to the legend, these creatures enter houses at night and steal bits of golden jewelry and coins. This gaming machine is endowed with a high-quality graphics that perfectly conveys the beauty of the game.

Symbolism is represented by the various attributes of the Irish folklore and culture. Music in the game will please every user, as it will allow you to relax and feel yourself in a fairy tale. Graphic designers devoted a lot of time to each image that was qualitatively drawn. Five game reels are located on the Scandinavian hills.

The main background in the game, on which all actions occur, are represented by a green glade and a blue sky. The playing field is surrounded by the multi-colored cells that represent all 50 paylines. A unique gaming machine is characterized by a colorful and realistic design, which was developed using three-dimensional technology.

The game control interface is convenient and understandable during the game session. But first, the player needs to set the necessary parameters for the game. You need to pay attention to the issue of the amount of bets that is regulated by the button BET.

You also need to select the number of rounds that affect the number of the combinations in the game. Players should visit the GAME MENU tab, which contains information about special symbols, rounds and rules. Spins run in manual or automatic mode. Treasure Hill provides additional audio and monitor settings.

A paid combination can be formed during any spin. As a result, the user can activate the risk-round by pressing DOUBLE UP. A table with playing cards will appear on the screen. You need to guess the color (red / black) to increase the last payout by 2 times. A portrait of a leprechaun can replace any image because it plays like a wild one.

So, you can make up more paid chains. It also pays 1000 credits for five pictures alike. Scatter is represented by the house of leprechauns. A round of free spins activates if the three similar images appear on the playground. Online-casino will bet during the next 10 rounds.