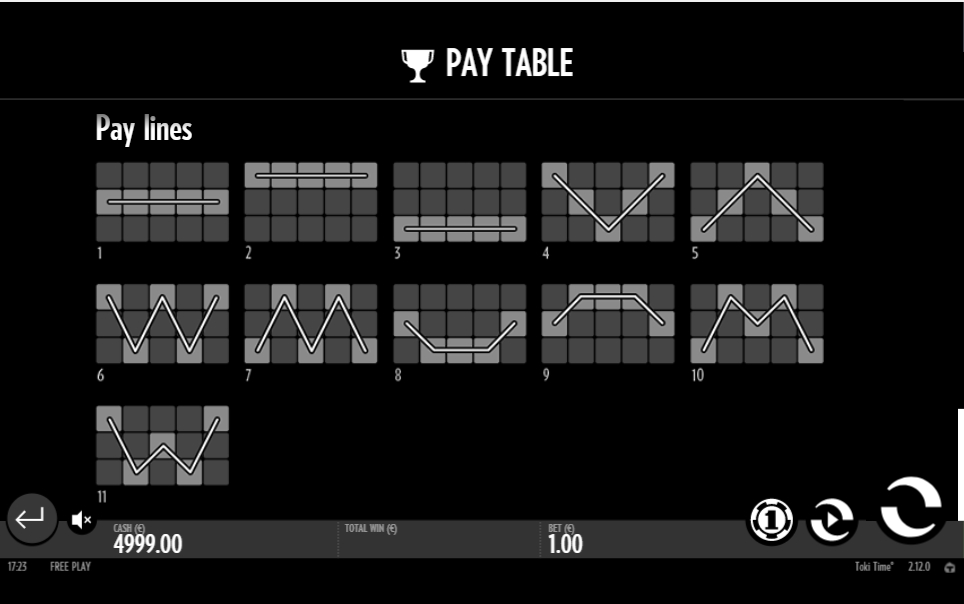 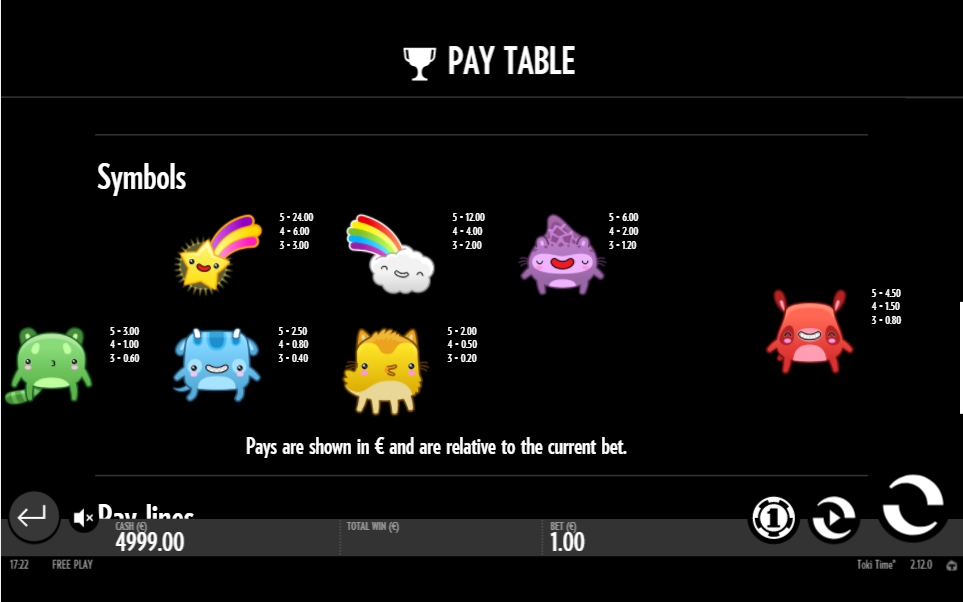 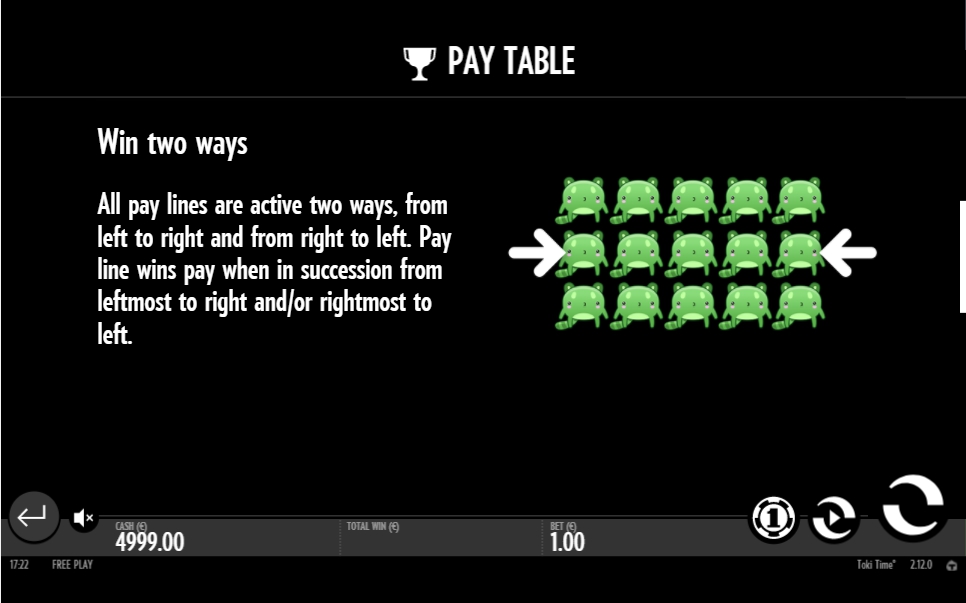 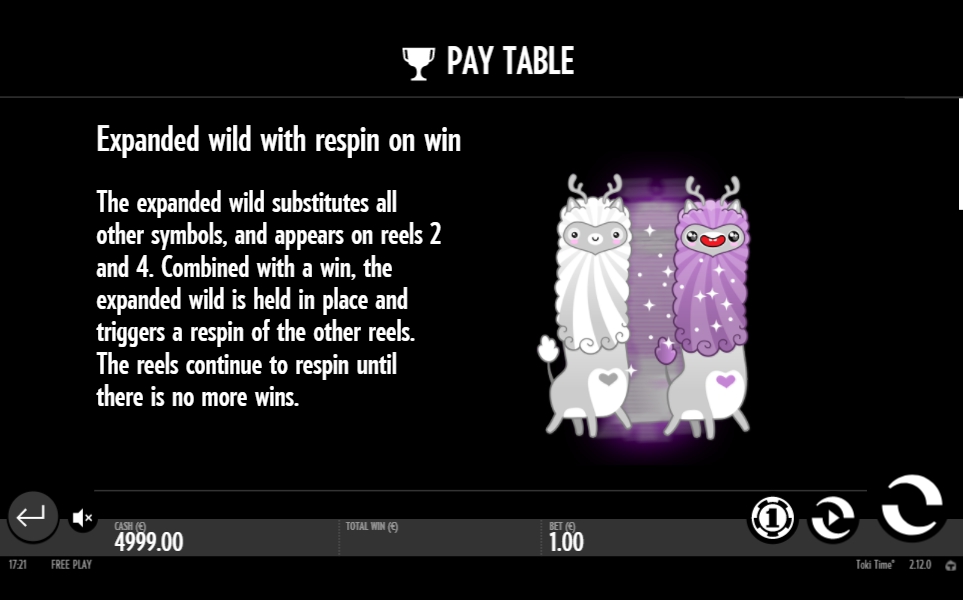 The Toki Time is a colorful videoslot of the Thunderkick, the new game maker in online-casino world. Like many other games that were released by this fresh Scandinavian slot developer, the Toki Time is a creative slot, unlike any else. As symbols on this slot machine, you will see some multicolored crazy magic animal creatures. Creatures pop out of burrows at a wild speed and hang in the air, creating combinations of lines.
Like the online slots of other manufacturers, the Toki Time can be tried in the free game mode. Different casinos call these modes differently, but we are sure that every user can find the right choice.

To tell about these games, here from the Thunderkick each slot is unique and this slot has also its peculiarities. From 5 earth mounds come out different “pet” dogs, cats and other animals so stylized that one hardly suspect what they are.

The first thing that customers pay attention to is strange creatures of different colors. In the background, we see large hills of green and the sun, which smiles pleasantly. To whom it might seem that the online game was created for children, but it is not. The subject of the video slot was aimed at raising the mood for all users.

The game uses both ways to pay out so we can expect winning combinations to be completed not just from the leftmost reel but from the right to left direction too and because of the symbols appear on the screen in stacked format, it’s needless to say that winning combinations may land on the reels in large numbers and because of these simultaneous wins a single spin can be real profitable at times.

The only extra the game provides is the expanding Wild, which is appear only on the second and the fourth reel and when it pops up on both reels at the same time, well, that’s really a very promising situation as it also brings that attribute if a win is achieved when the it’s substituting an extra free spin is awarded while the already shown Wilds remain active on their reels and that process is continuing until a non-win spin is witnessed.

So, when two Wild become visible on that two reels and win is completed, it automatically means we have at least one 4 of a kind win. Among the advantages of this virtual gambling fun is ease of use, fascinating subjects (fantasy, fairy-tale creatures), detailed drawing and quality of graphics and volume musical accompaniment. Make a choice: to play for interest or for real money bets. The 3D gambling Toki Time slot machine is available in different variations.

New players prefer the demo version. And gamers with experience boldly bet money. Hurry to give yourself up to the online-game – and do it around the clock in excellent quality, getting a chance to make money on tempting bonuses.