The Secret of London Slot Machine 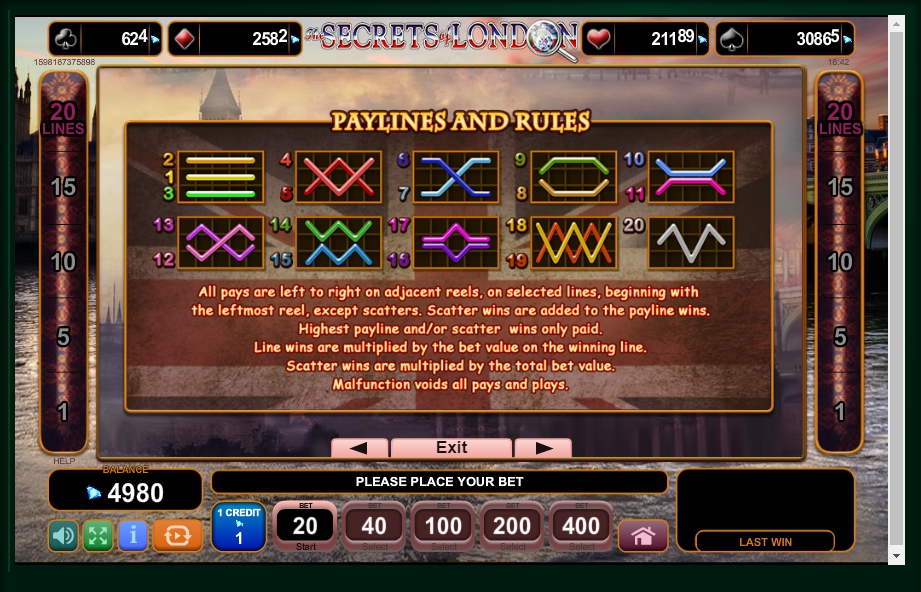 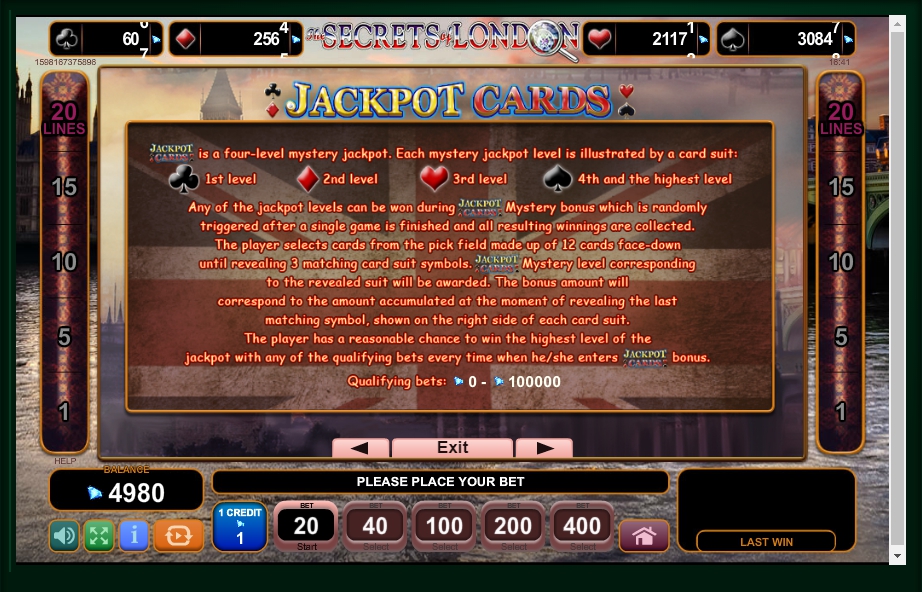 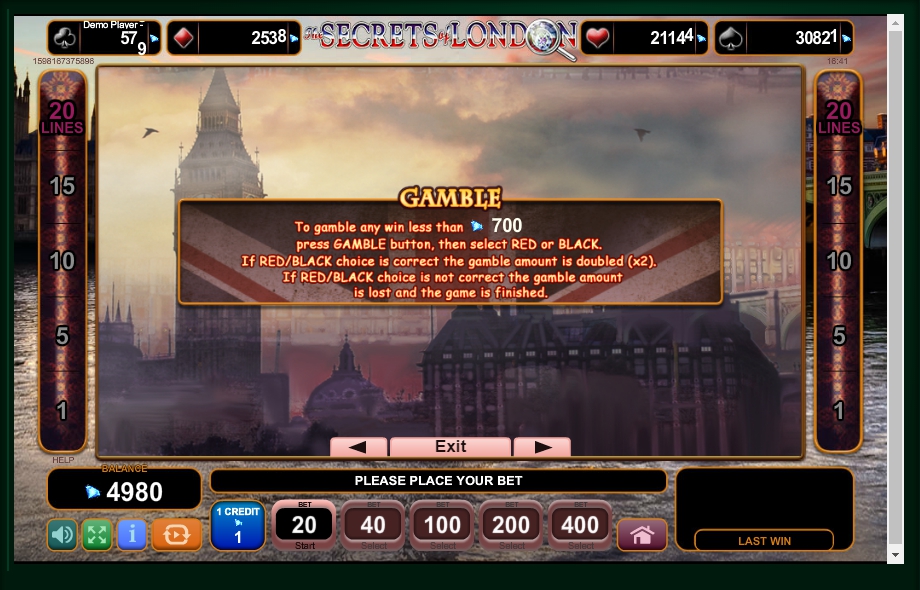 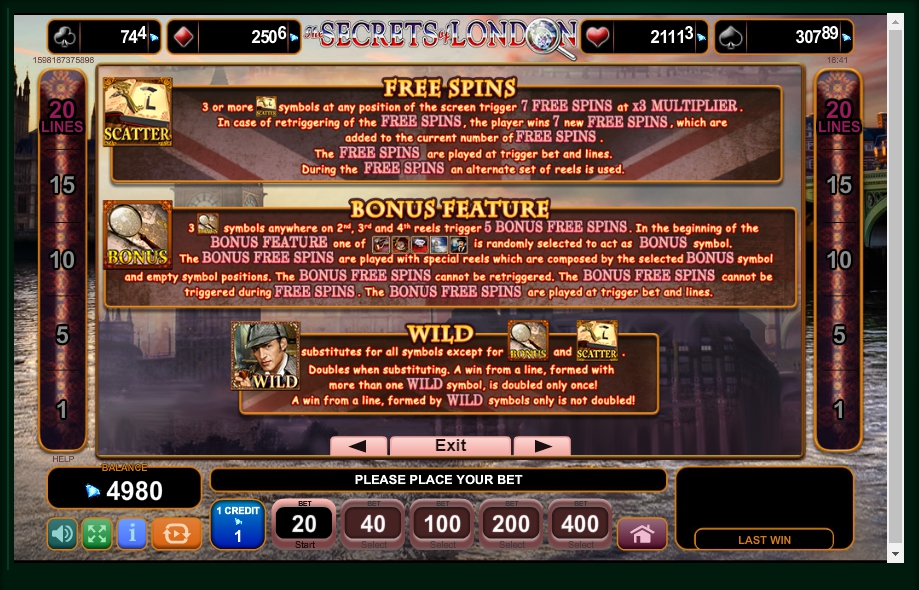 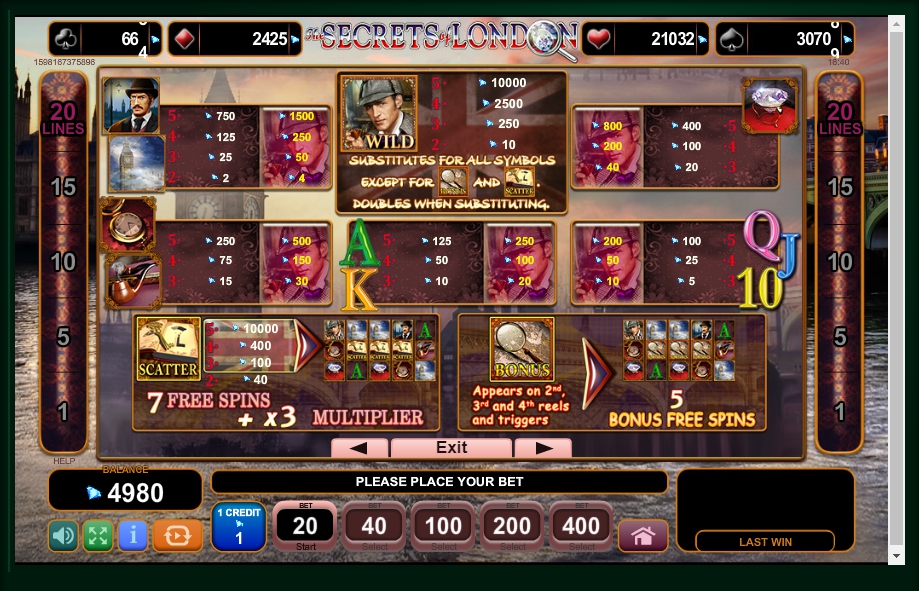 The Secret of London Slot Review

The team of Sherlock Holmes and his assistant Dr. Watson captivated all readers. The sphere of gambling tries to regularly surprise its users with interesting subjects. Of course, the developers paid attention to these detective stories. The Euro Games Technology Company, which produces only high-quality products, released a video slot called “The Secrets of London”. It should be noted that the developer succeeded to surprise players with a qualitative and memorable game.

EGT analysed an interests of its potential consumers and identified a certain predisposition to detective motives. The manufacturer of the machine decided to display an exciting topic on the drums, telling the story of the famous detective. Playing, a gamer is transported in time, appearing in gloomy London, where criminals are hunted. Accordingly, the action of the game unfolds against the backdrop of the night city, full of dangers and evidences, which a player along with the main characters of the machine will have to look for.

The main screen depicting evening adds mystery and interest. In addition, a high-quality animated graphics makes the game funny and believable. To conduct a very quality and convenient gameplay, a user is invited to get familiar with special features of the controls and buttons.

Therefore, first, the player needs to visit the “i” section, which contains an information about the rules of the game process, the table of payments and other theoretical information. After that, you need to think about what size of your bet will be best used by pressing the bet button: 20,40,100,200 and 400.

In order to bring the game drums into motion, you need to press the SPIN button, which is used to perform single scrolls. However, the player has an opportunity to play the game in an automatic version, using the autoplay button. Each rotation of the drum can be stopped ahead of time, using the stop button.

According to a tradition of modern slot machines, the game has five active drums, on which symbols associated with the world of the great detective appear.

Wild (Sherlock Holmes) can make payments by itself, forming chains with high coefficients. In addition, it is able to replace basic pictures in combinations.

Scatter can also form large combinations, but it doesn`t depend on its location on the screen and makes up sequences, falling out in any cells. Getting at least three scatters, you gain seven free-spins with triple multipliers.

Bonus (Loop) is represented on the second, third and fourth reel, activating a mini-game. The bonus mini-game is capable of giving a surprise: the slot randomly chooses one of the basic pictures, which will become the main symbol of the screen. All other cells will be empty.

In addition, playing this video slot, a participant can double the winnings. To do this, it is needed to click on the GAMBLE button after creating a combo to open an additional window.

The Story of Alexander