You can not play this game for free
For free slots game go
Play free
or
(18 votes)
Game Played: 3
Full screen: close 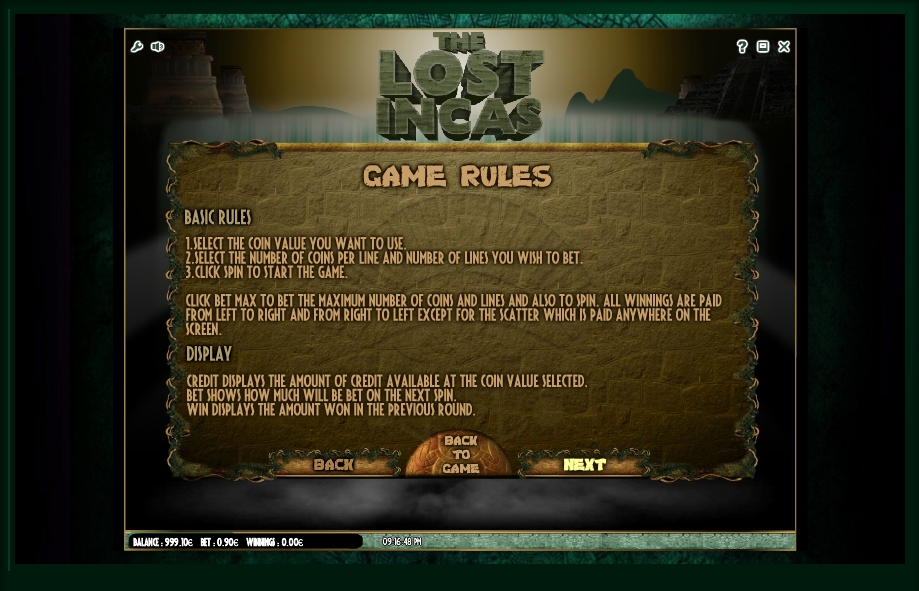 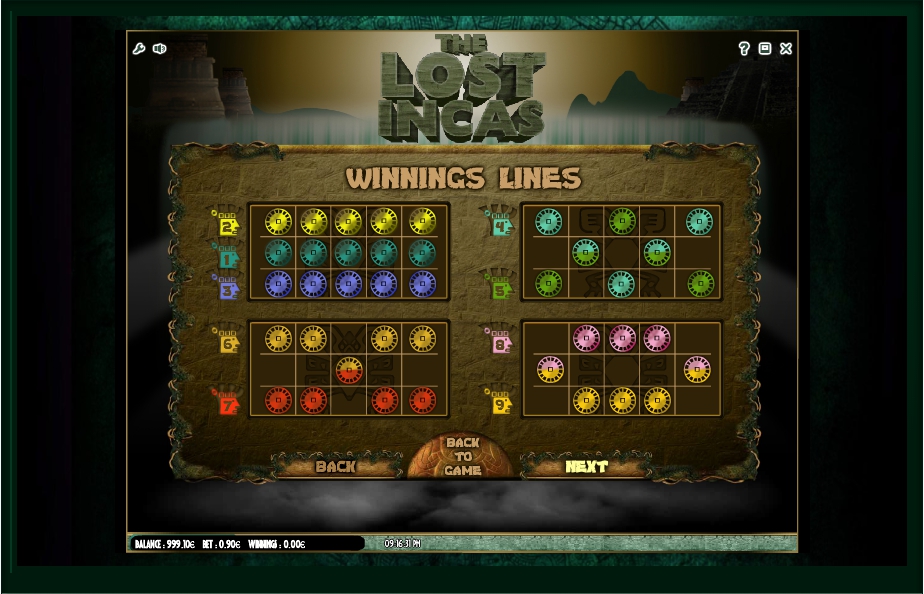 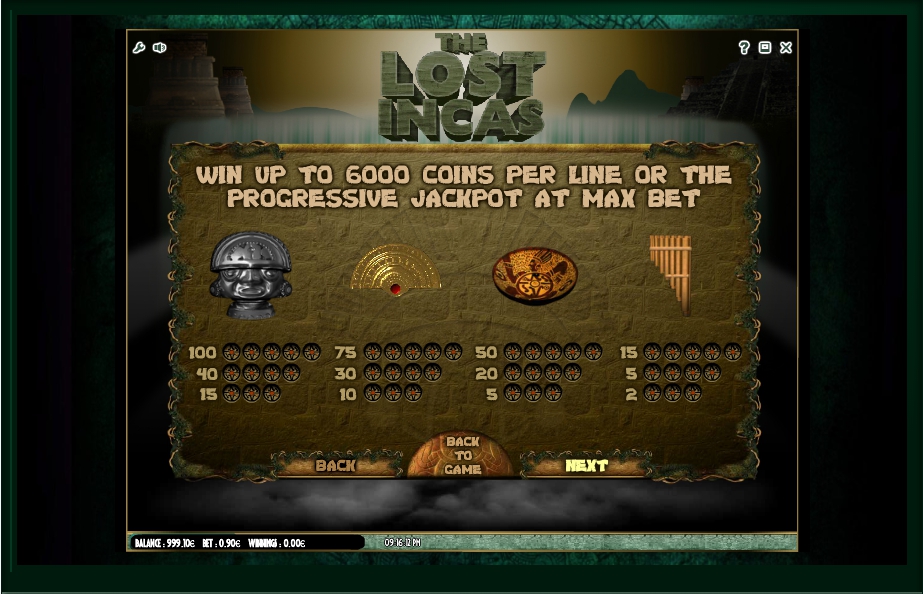 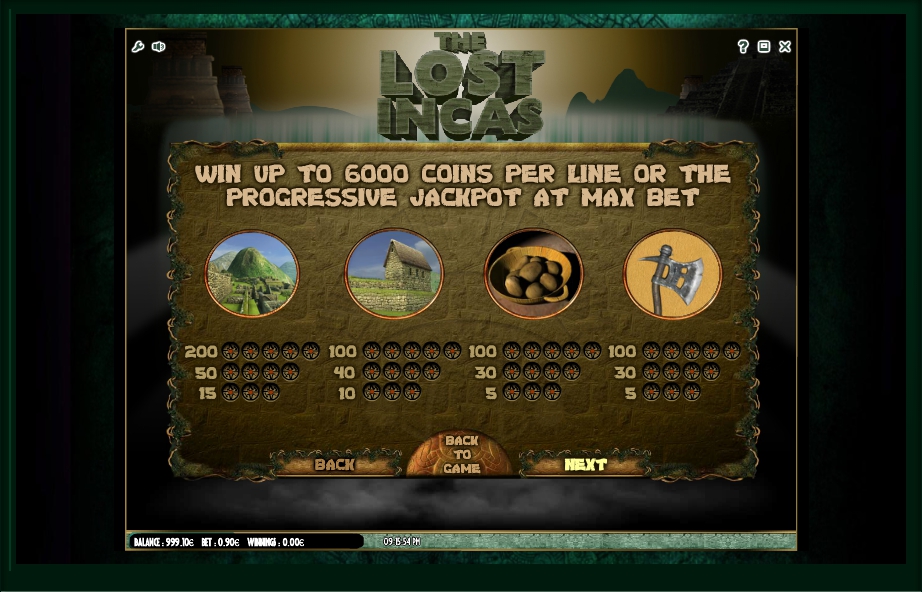 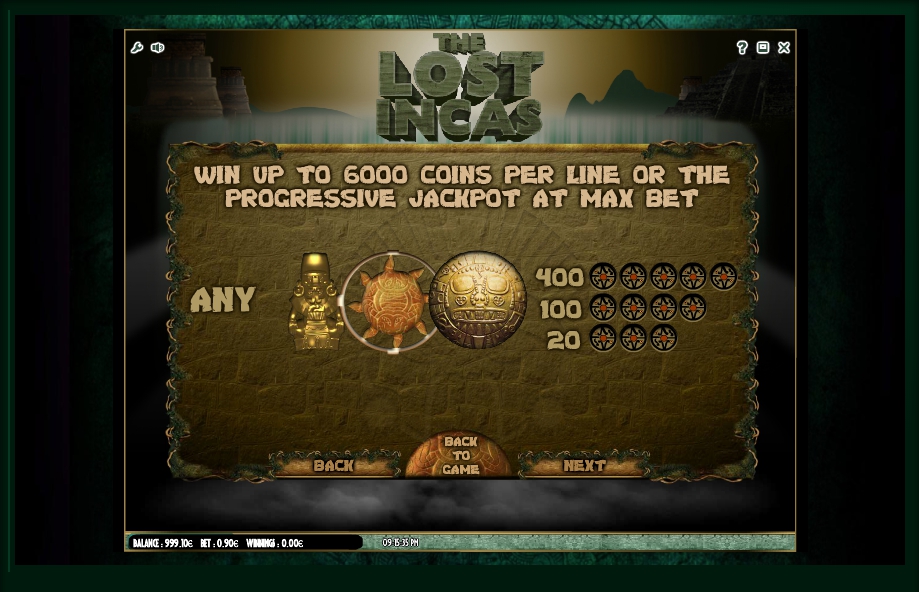 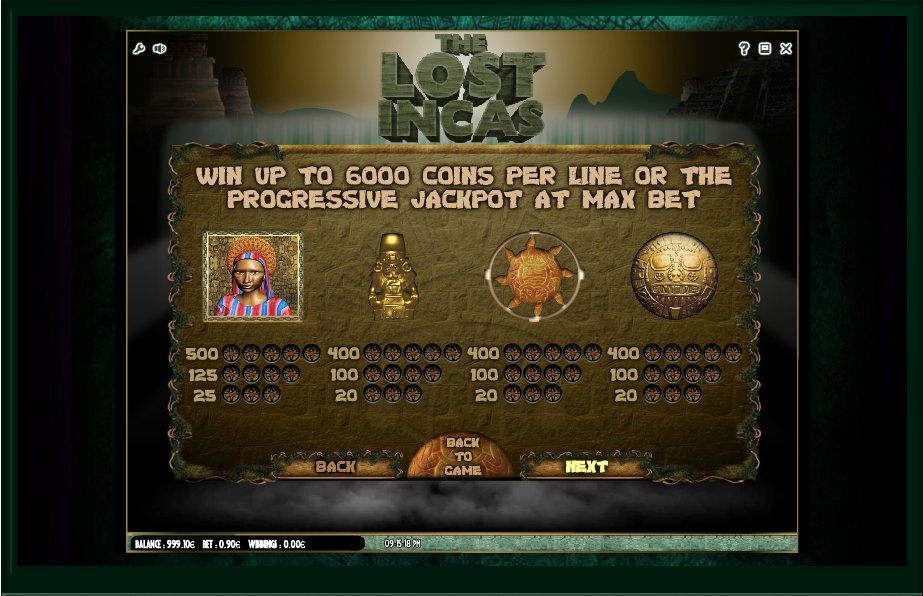 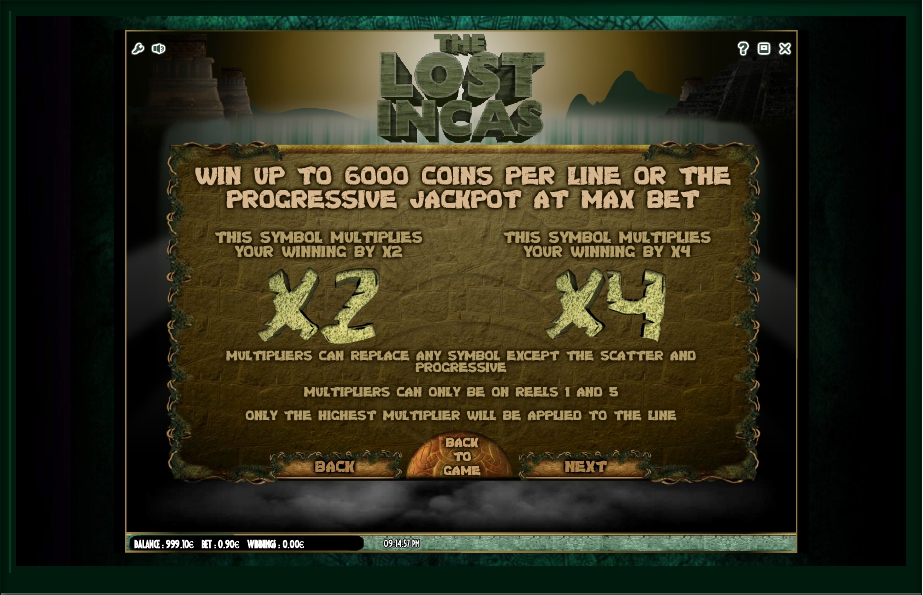 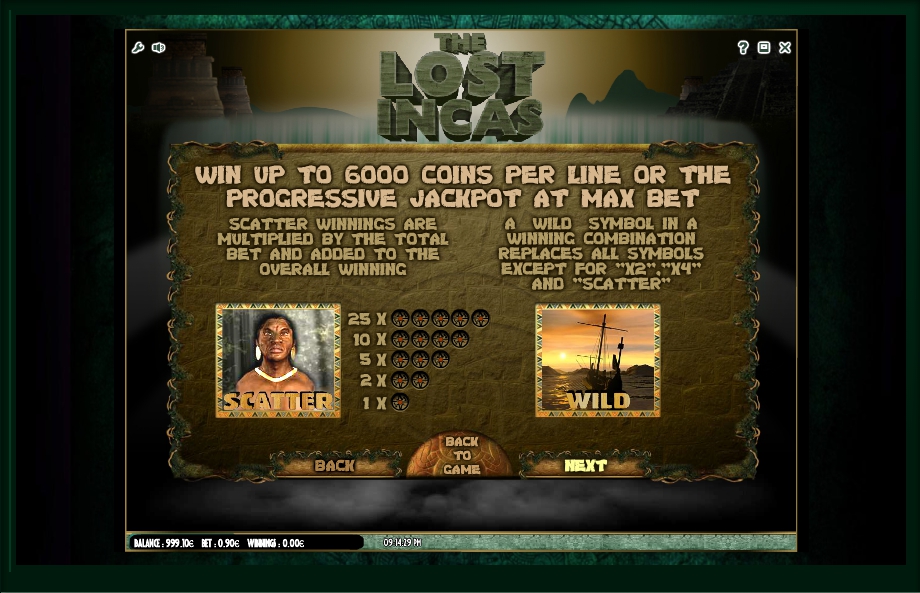 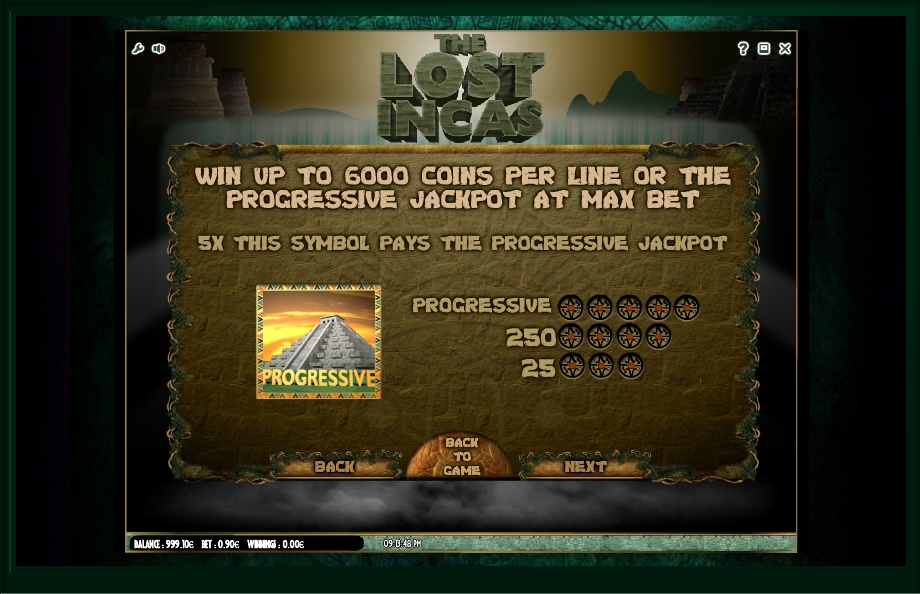 When we hear the concept of “Inca”, “Maya” or “Aztec”, we mentally move over the ocean, into the mountains and jungles of the Americas. It was over there, the place where these little-known tribes of Indians-creators of Incas, Aztecs and Mayas civilizations lived. From history we only know that they were skilled craftsmen. The Incas built large cities, connected by such roads, as if cars were rushing over between them.

The Inca is a tribe from the Cusco Valley, whose mighty civilization existed in the pre-Columbian era on the South American continent. The Incas managed to create a powerful empire. Landscapes and natural conditions of the former Inca Empire were very diverse. We learn more about the history of this nation from the online game The Lost Incas, which was created for us by “iSoftBet”.

The Lost Incas is a five-reel videoslot with 9 paylines and an arrangement of pictures on the screen in three rows. The user can play Lost Incas on any number of lines, up to 9. The bet on the line can be up to ten coins, and their denomination is determined by the user. It can be done thanks to the coins button and the adjacent lines button, which helps to set the number of active lines. What is also worth noting is the auto play option, this you will understand when you want to just enjoy the game, and then the abovementioned option will spin the reels instead of you.

Now, we will talk about the merits of this online game. Modern slot machines, competing with each other, offer different functions that increase the level of payback. What do you think about while playing, what special games can you offer? That’s right; the first and most important thing is the very special pictures that will give you prizes for wins.

The progressive jackpot, which can be very high. And also, your budget will be replenished by multipliers. In this case, the pictures should go in a row from left to right or from right to left. Payments are made only for senior combinations in the line.

On the screen of the videoslot about Incas, you will see rich and generous people. We all know the symbol “wild”, which always comes to your aid in a difficult situation. It is worth saying that for the Scatter you will receive payments regardless of its location. You will win even with one such image.

Remember we have mentioned the multipliers? So, the x2 and x4 drop out only on the 1st and 5th reels. Be progressive – play the progressive jackpot. And despite the lack of bonus rounds, the slotmachine has many special features that can impress you and leave with good memories.