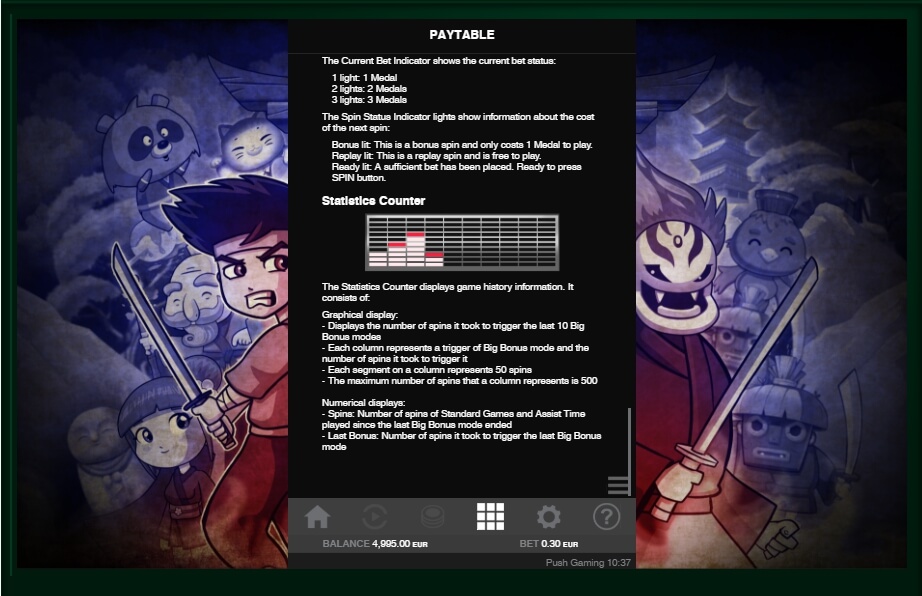 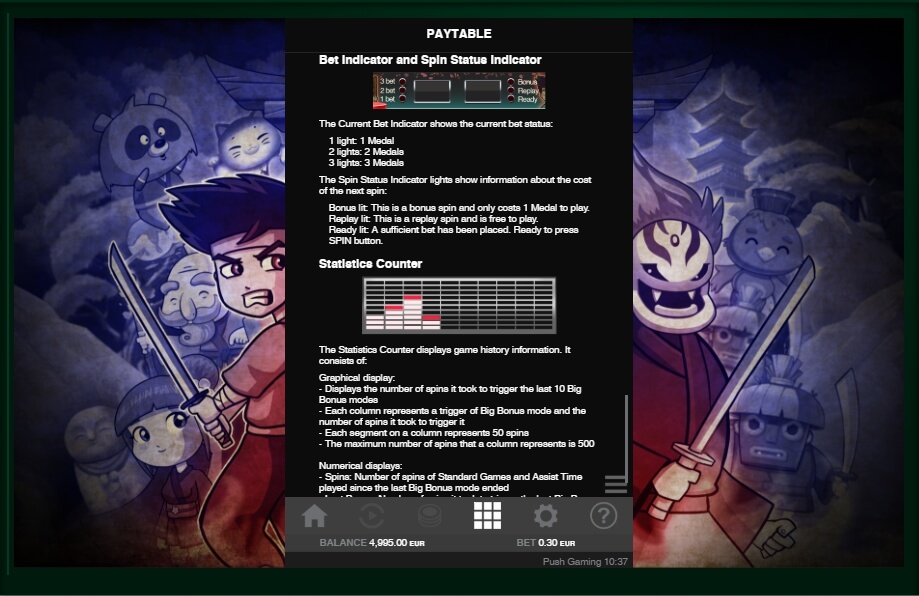 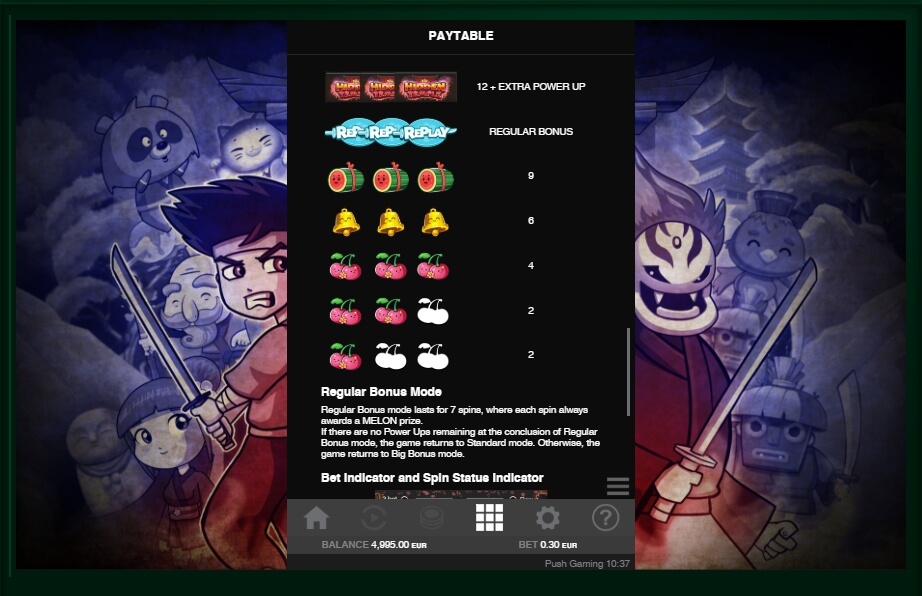 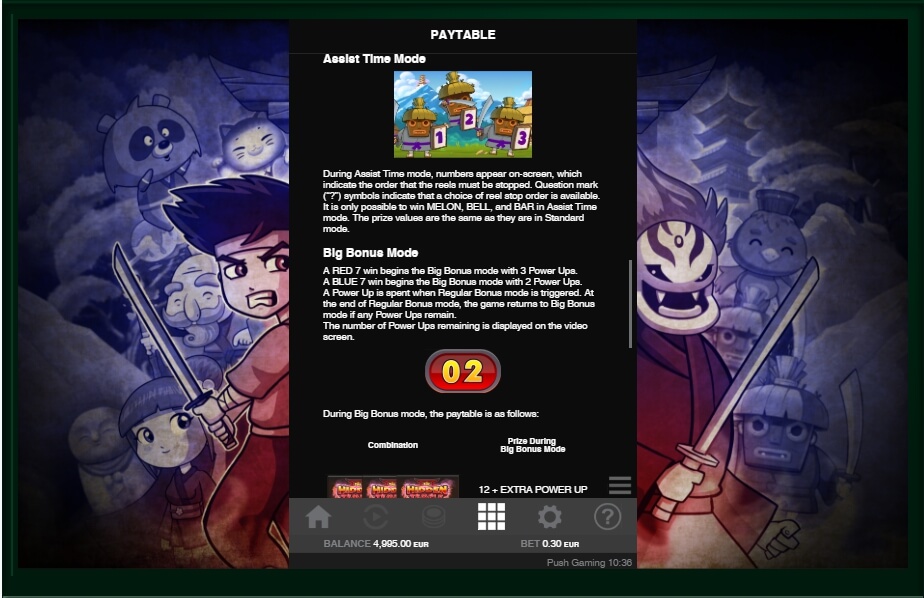 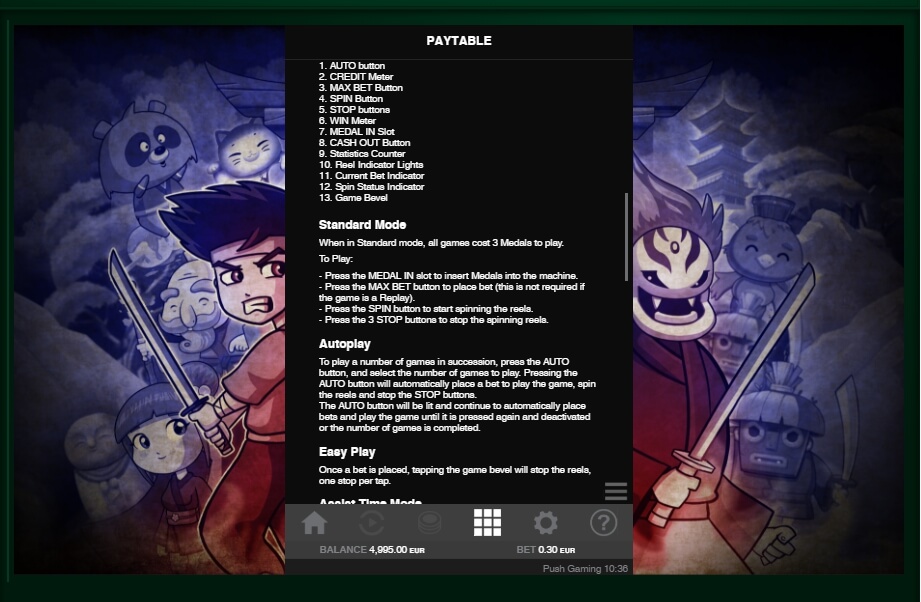 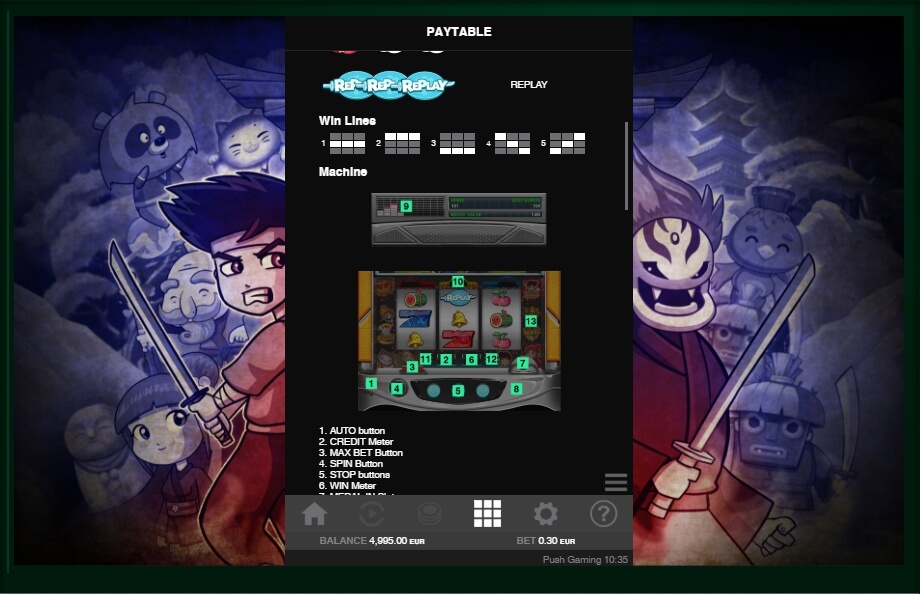 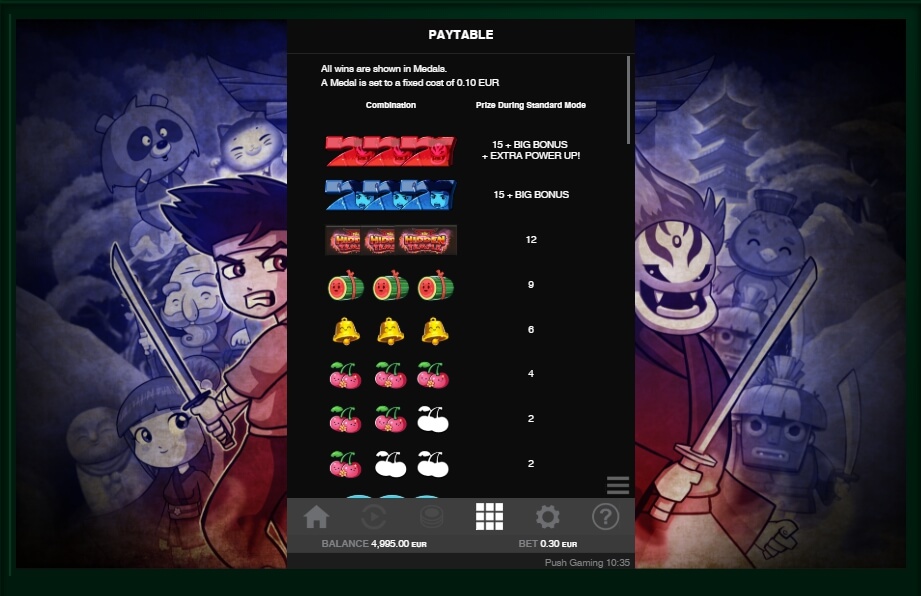 Anime is the most popular type of animation in the world. The number of annual cartoons that can be attributed to anime is comparable to the total number of films that are released around the world. The story of this style begins with the second half of the last century, when Japanese filmmakers begin the first experiments with animation techniques. The founder is Osamu Tezuka who is the “father” of comic books in his country. Talented developers from Push Gaming created a stunning game that tells the story of a brave warrior in the style of anime.

The model called The Hidden Temple pushes us to go on a terrific journey where good forces will stand up to evil. The name also indicates the mysticism that is present in the gaming machine. Together with the brave warriors, the participant will go in search of the sacred temple that will open all secrets of magic.

To immerse the user in the atmosphere of the game, the developers had to use the appropriate style. Therefore, in the background, we can see images of the inhabitants of this fairy-tale world. In addition, here are two samurai that are opposed to each other throughout the story.

Despite the fact that the video slot looks like a classic slot machine, many modern technologies were used here. For example, a TV screen that is above 3 reels and 5 paylines. Here the main character’s journey will be broadcast. It is also worth noting the quality of animation and sound.

Before you go on a trip, you need to visit a theoretical section that hides information about all the symbols and their coefficients. After that, the participant should make a bet that influences the final win. This action is carried out using the connector that is on the right side.

You need to insert a coin there and pay attention to the window where the current bet is displayed. On the left side, there is a big button that triggers the rotation. The gaming session is also supplemented with a musical accompaniment that can be turned off.

Despite the absence of a joker, this game has several unexpected surprises that will surprise every samurai. So, during each rotation, a round of free spins can be activated. In this case, the bet is made by an online casino. It is also a great way to win up to 10,000 credits.

Special images can accidentally activate the bonus level that is described in detail in the theoretical section. Here the user also can find many surprises and awards. The demo version is the best way to get acquainted with the characteristics of the video slot.

In this case, you do not even need to risk real money because this is a free mode that is available for every guest. Do not waste time, rather run the game and find a sacred temple with treasures!

Other Games by Push Gaming