You can not play this game for free
For free slots game go
Play free
or
(8 votes)
Full screen: Report a Problem: close 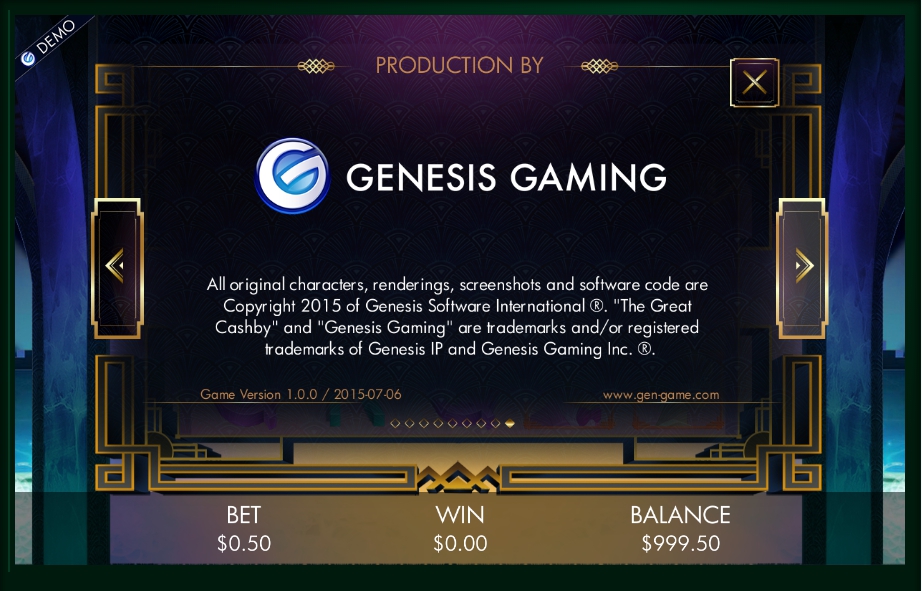 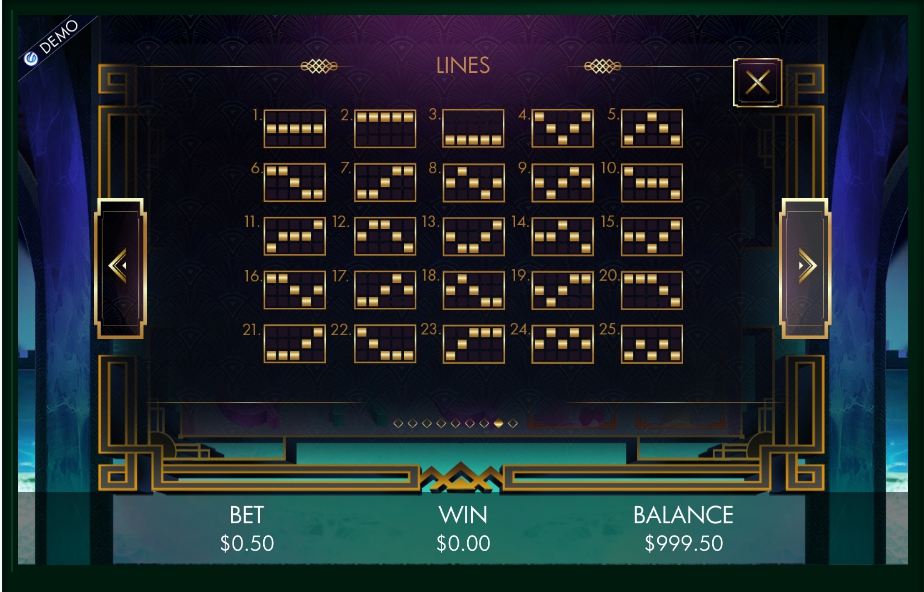 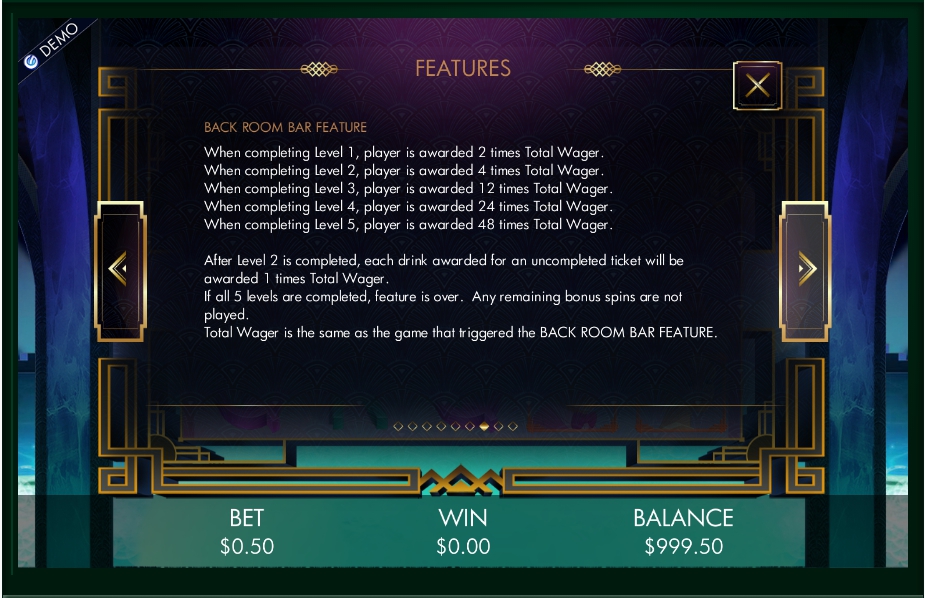 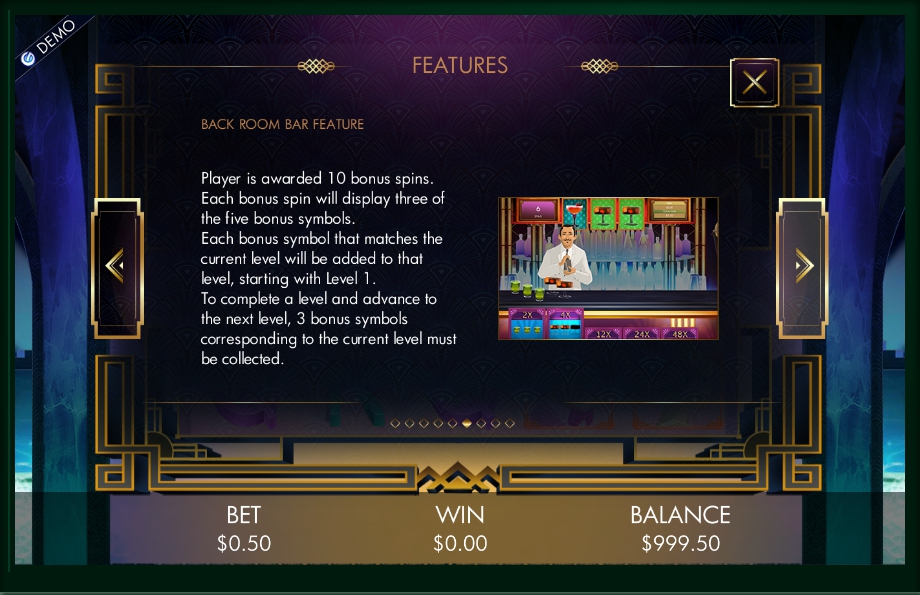 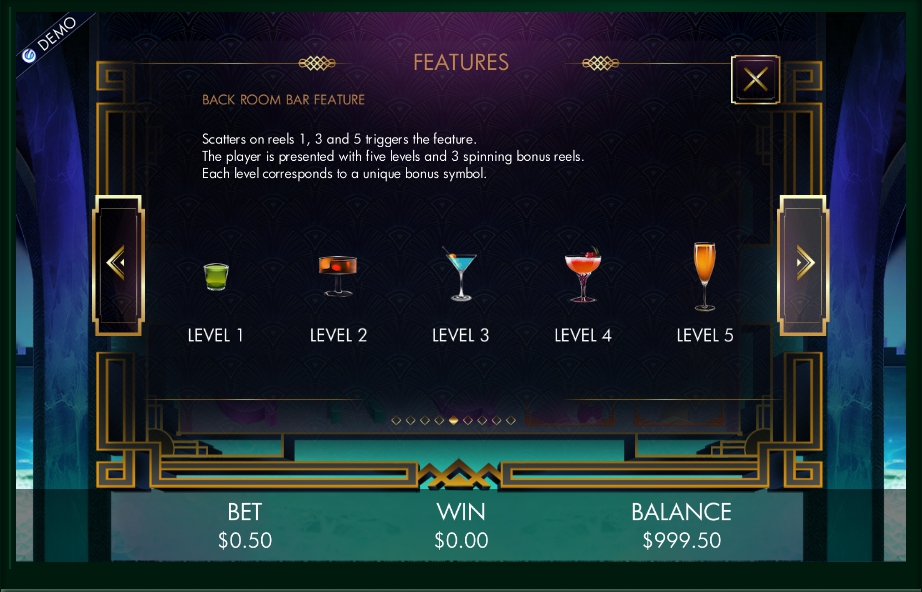 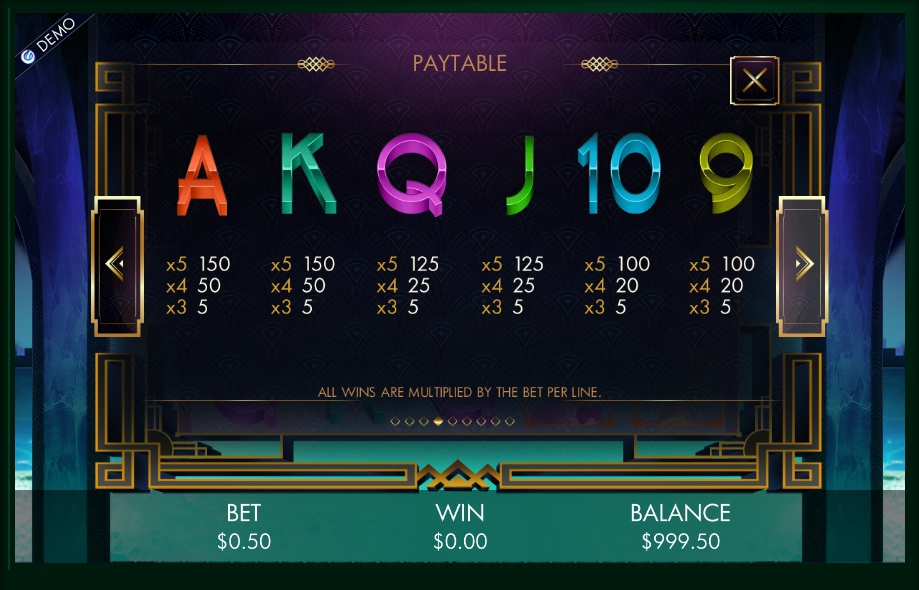 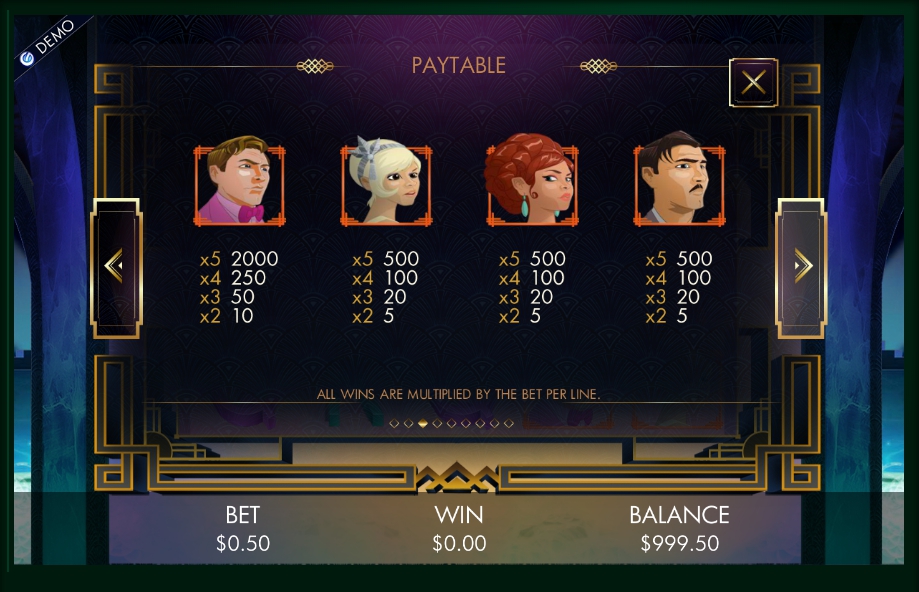 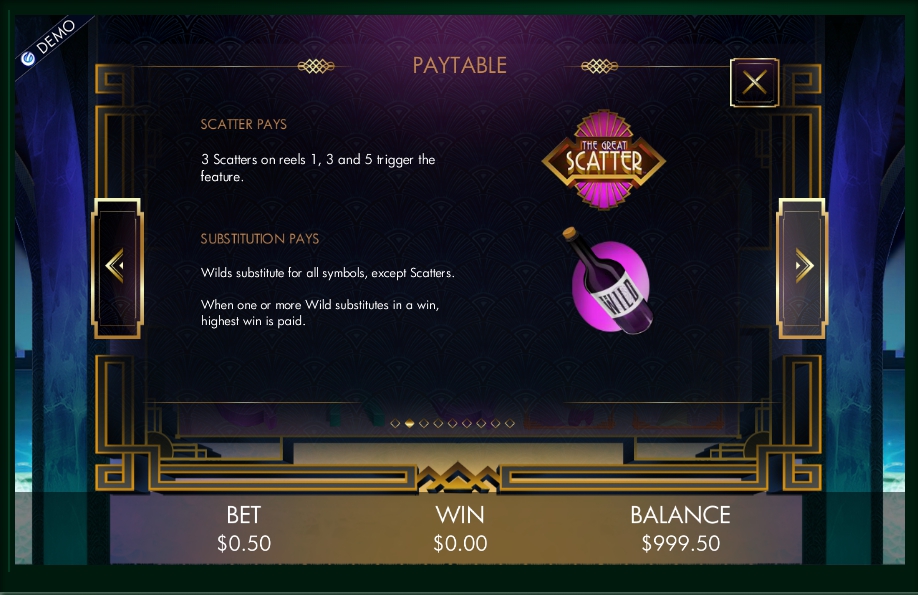 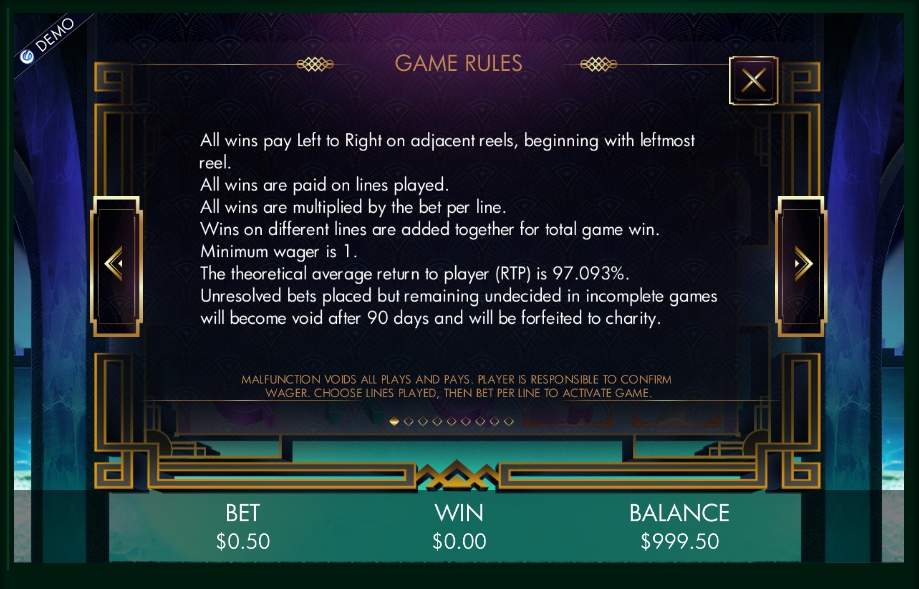 Casino The Great Gatsby was one of the precious works of literature for decades. But only after the adaptation of the novel in 2013 with the participation of the Oscar-winning actor Leonardo DiCaprio this story became, so to speak, the mainstream. The Hollywood interpretation of history, apparently, has attracted the attention of slot machines manufacturer Genesis Gaming, as the software provider is already putting the finishing touches on its new video slot, on the idea of ​​which the company was inspired precisely by the film The Great Gatsby.

Genesis Gaming has developed a new slot with a catchy name Great Cashby (“Great Cashby”), this video slot is a reference to the famous work “The Great Gatsby” and its adaptation. The Great Cashby slot is a 5-reel with 3 rows. Together they will display 15 characters after each spin. The game controls shown in the trailer suggest that players will be able to control how many of the 25 paylines will remain active. In the Great Cashby game there will also be amazing functions: for example, every player lucky to be in the underground slot bar will have the opportunity to meet with a bartender, who will pay a sum with a max multiplier, 48 times the original bet size.

Symbols and structures of Great Cashby

Online game Great Cashby is a free slot with five drums and fifteen pictures on the main screen. The slot fully complies with the theme and era, and is filled with images of the heroes of the novel and the attributes of their life. Winning combinations always begin with the left drum of the general five and consist of a minimum of three characters. Coefficients of combinations reach 2000, which will please players who have received a win for this multiplication.

The symbols of the machine differ from those in the other slots, and represent the images of persons, and the player is offered a choice of the main characters acting to his taste. Such pictures are basic they can open a bonus game with special symbols and big winnings. The picture with champagne replaces any unsuccessfully dropped symbol, helping to transform an “empty” combination into a lucky one. The symbol-scatter will launch the prize game when it falls immediately in three places, and a separate appearance of it will simply charge the coins to the account in any scenario.

The only thing that some gamers may not like is the lack of jackpots in this emulator. However, even without them it brings big winnings and cash replenishments in the pocket to his fans, and paying attention to the small defect is just silly.

Pictures form the paid chains when some similar elements are aligned on the active range, beginning with the 1st table on the left. Gaining is calculated only for the longest variant on a separate line taken.

The emulator The Great Cashby offers players a ticket to the world of fascinating leisure and truly luxurious wins. Enjoy the classics and replenish the pocket with coins – what could be more attractive? Welcome to the twenties! You can play it gratis, no download!

Opera Of The Masks