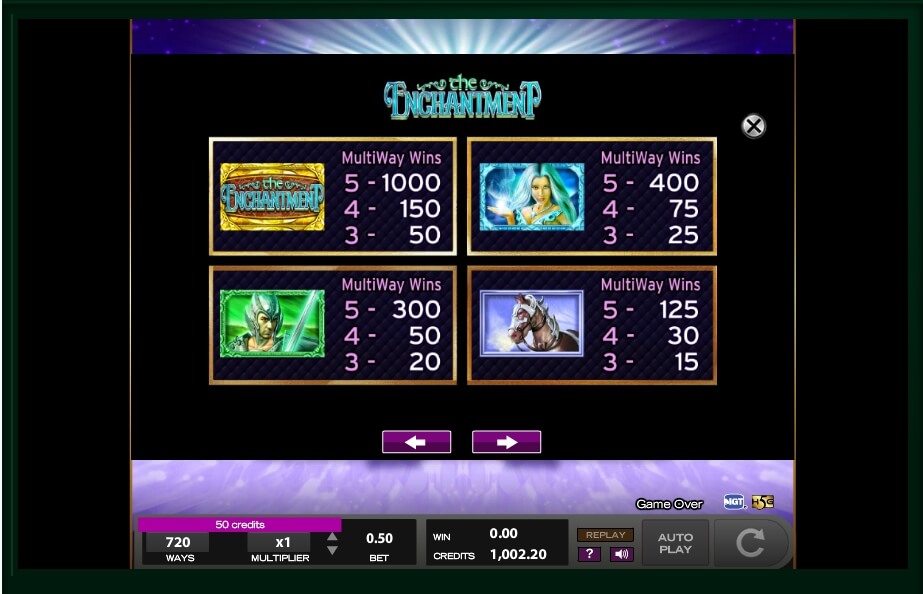 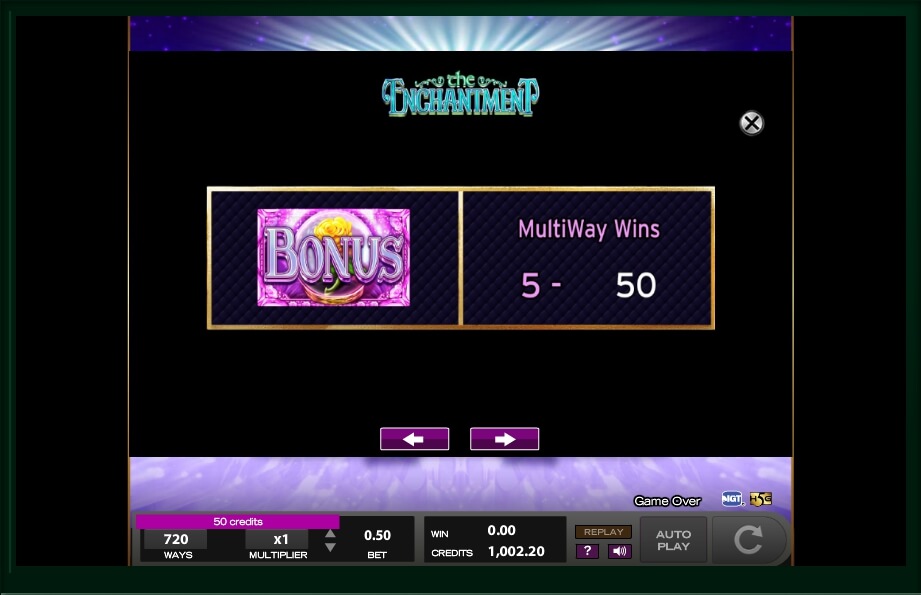 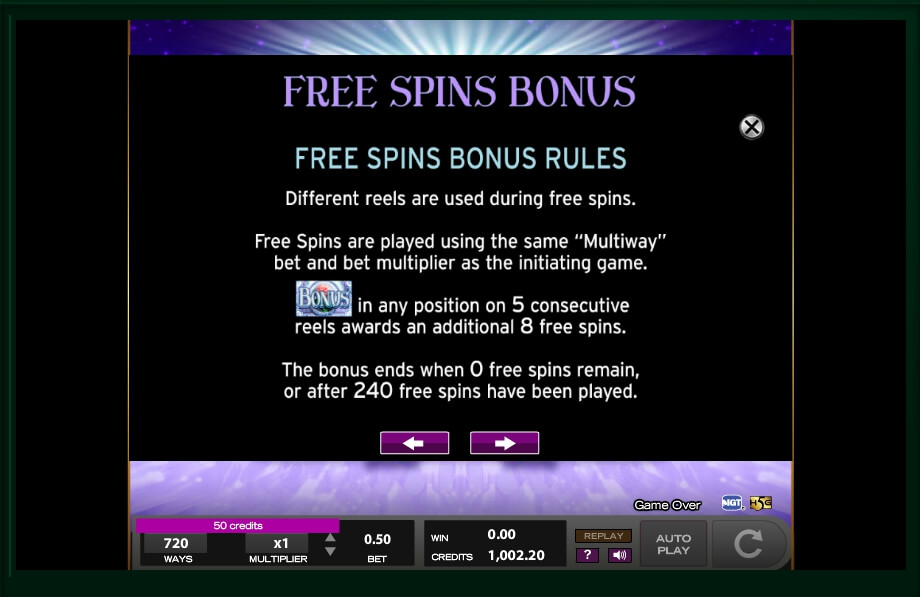 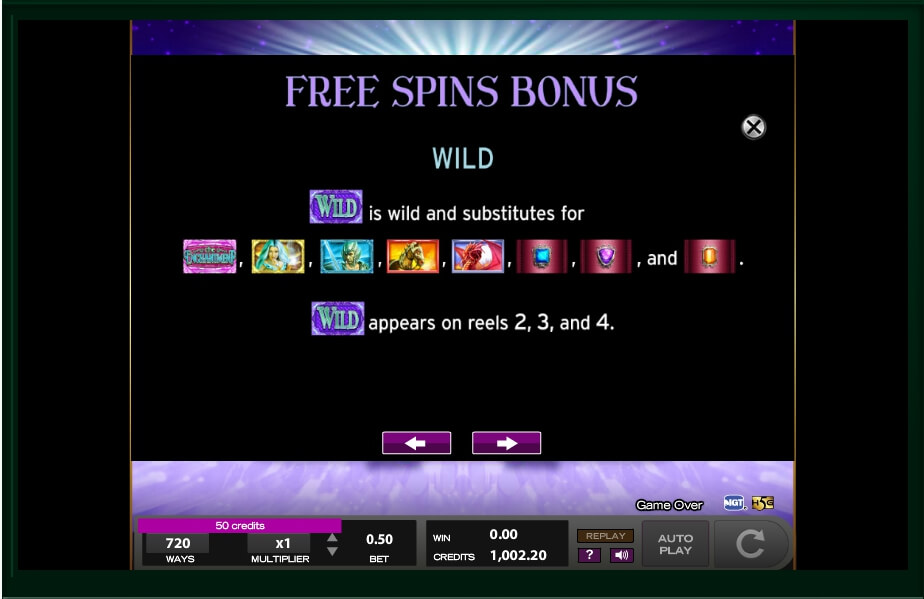 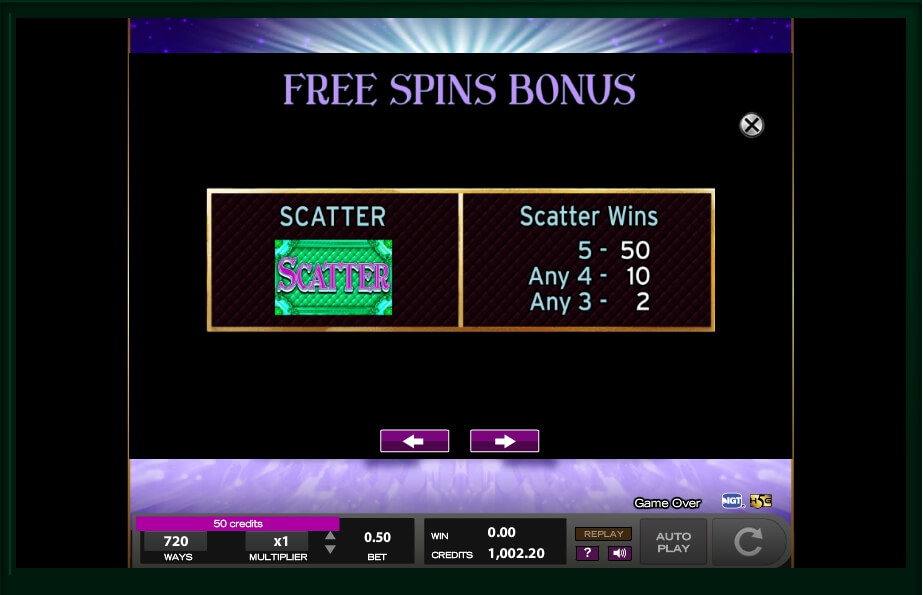 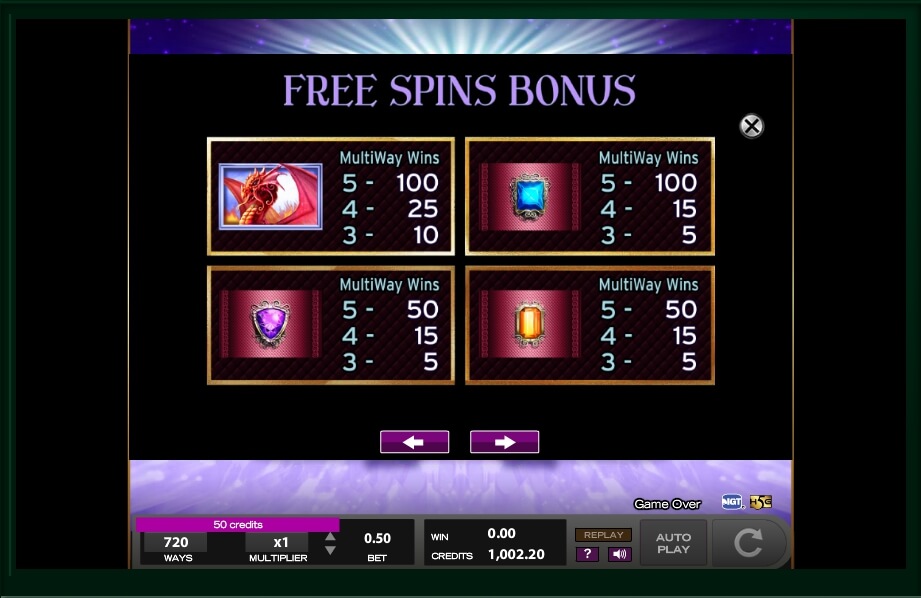 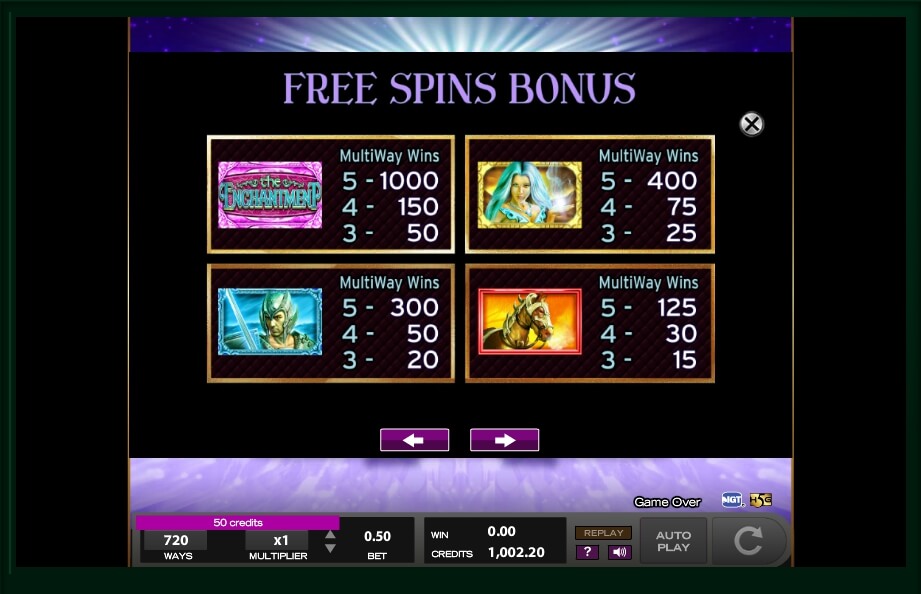 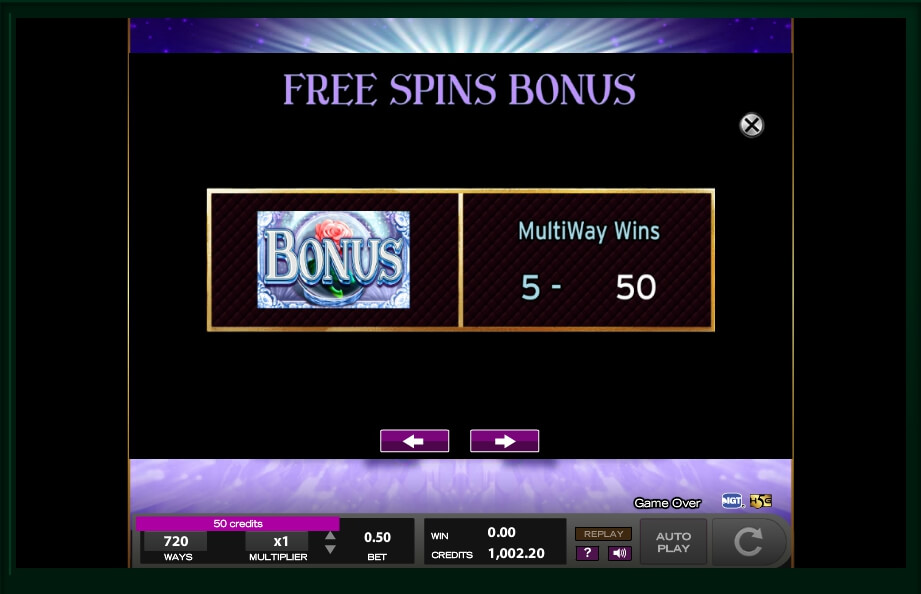 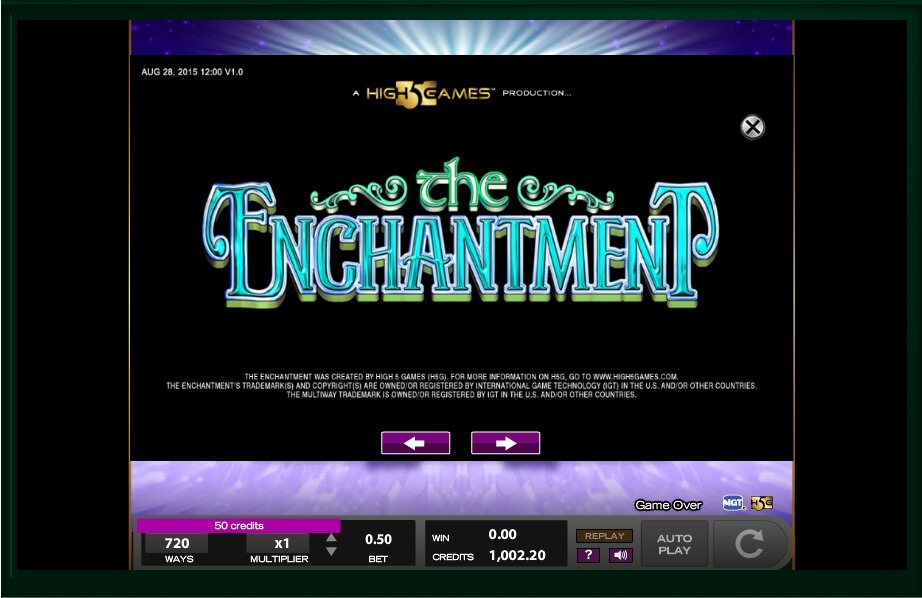 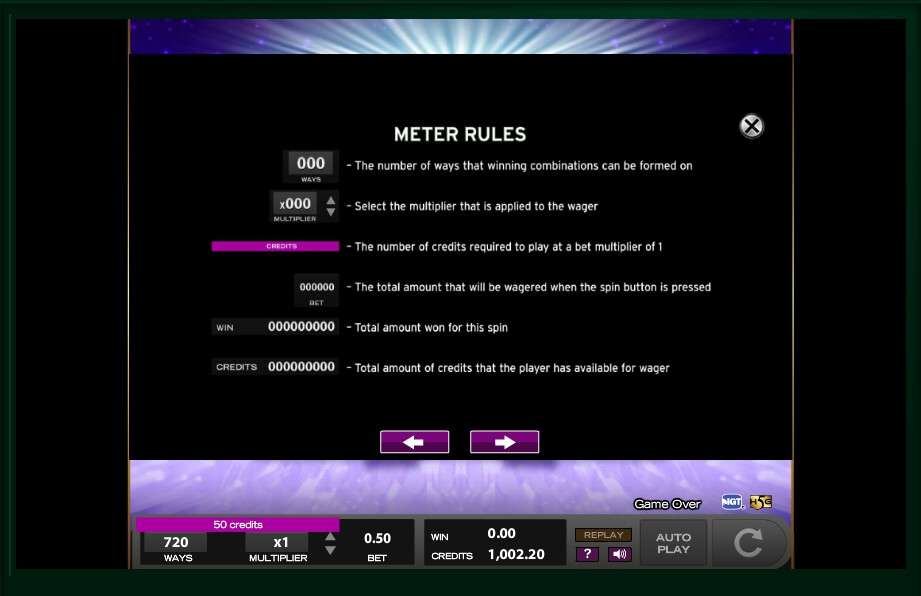 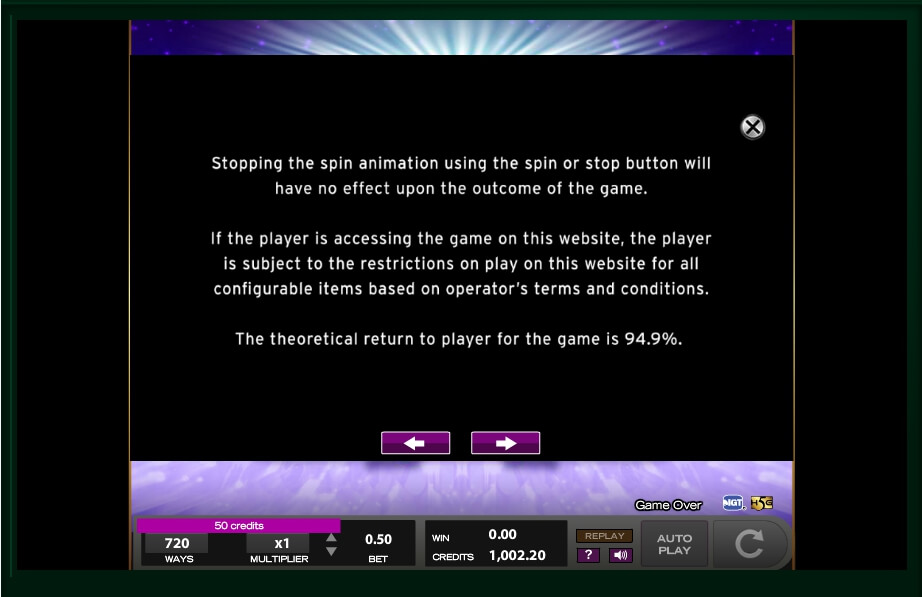 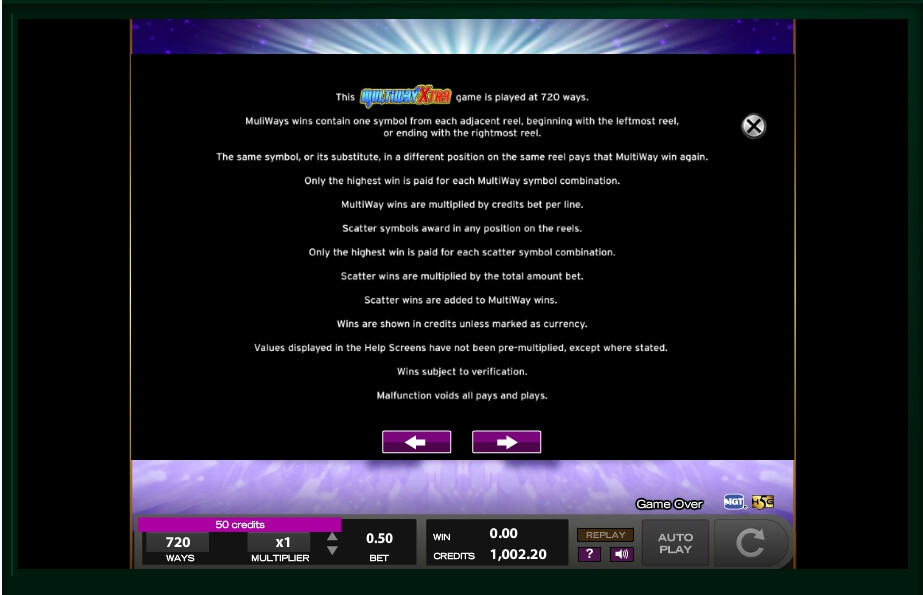 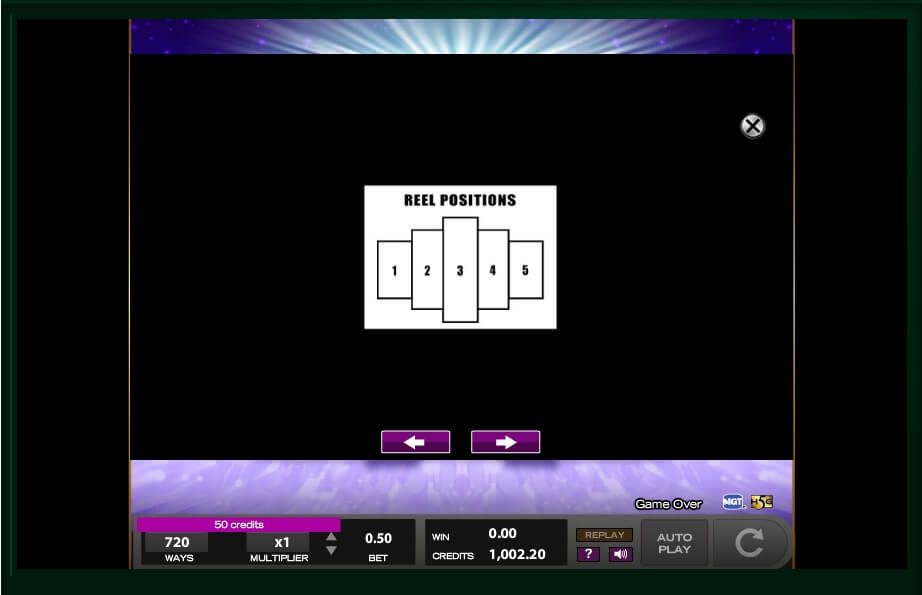 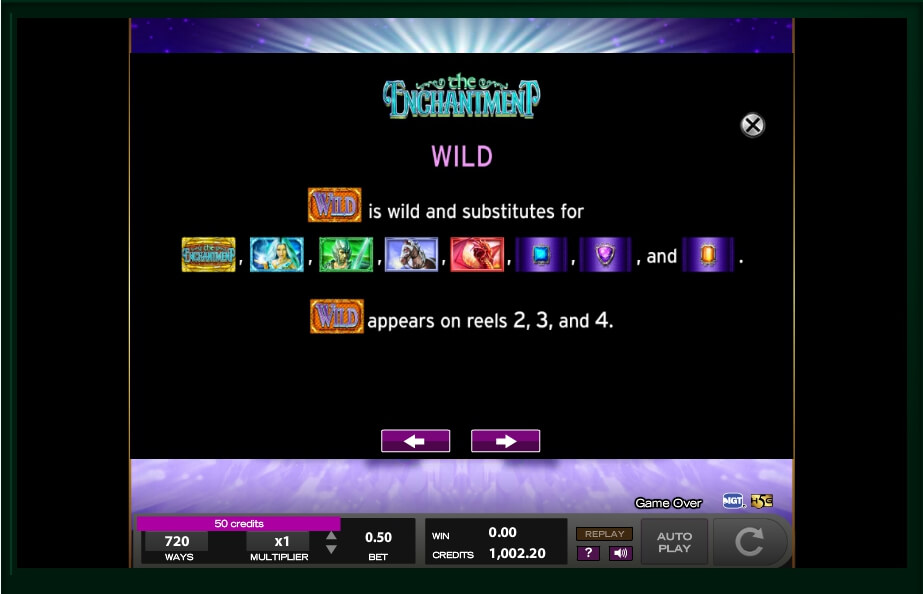 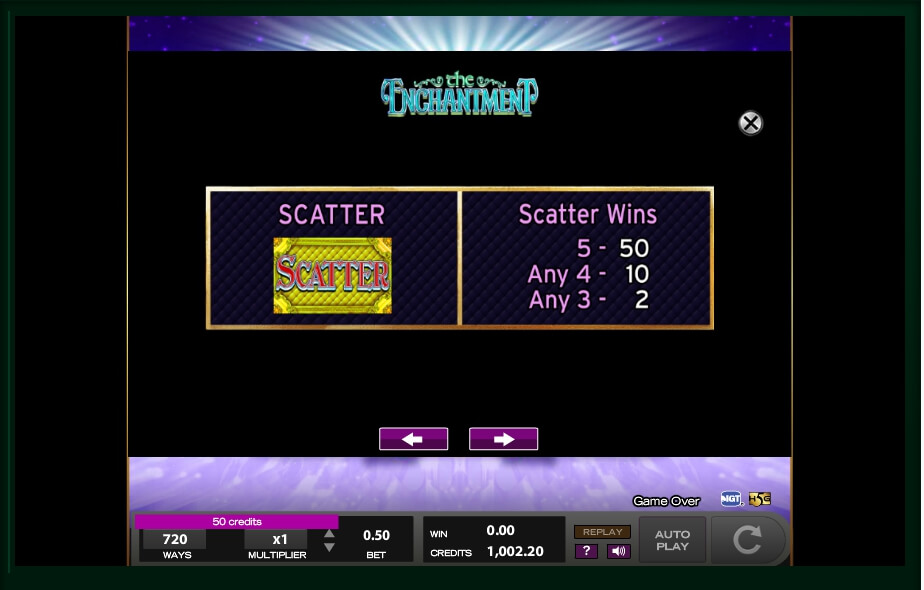 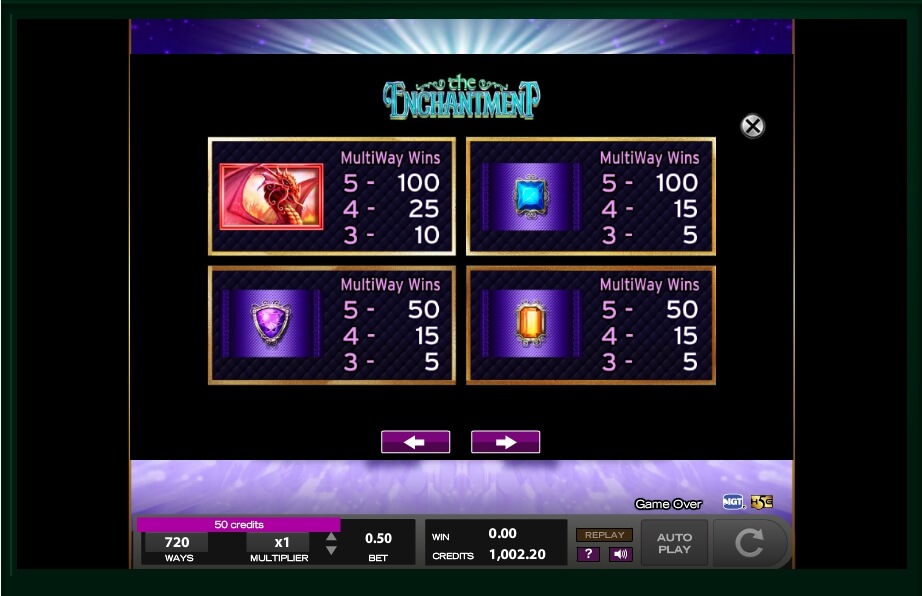 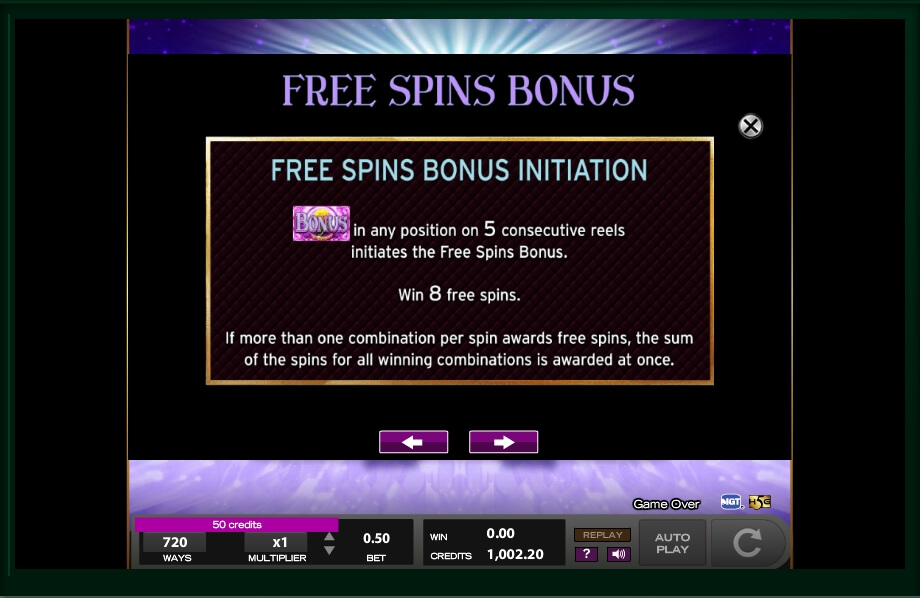 Check out a new video slot game, created by High5Games developers and you will get really great emotions from spinning reels with professionals. “The Enchantment” video slot machine can offer players not just contrast symbols, but also HD graphics and 3D animation in the game. Blue lightning, dragons, and expensive stones – all of this make this slot game super interesting to play and good-looking. This game can be played not only on the computer, but also on the tablet or iPhone.

Bet as much money as you want to waste playing “The Enchantment” video slot machine. This is a penny slot and players can bet as minimal one cent per one line. Maximal bet in the game is 10 coins per one winning combination. There are five reels in the game, but everything is not that easy. The first and the fifth reels can offer player just two symbols on each of them.

The second and the fourth reels can offer four symbols, while the third reel can offer five symbols! Players will like this version of a traditional interface for sure. It can be super interesting to play such a slot machine. Especially when there is a 500 000 jackpot that is waiting for gamblers.

Scatter and wild symbols will make gambling with this video slot game unforgettable and profitable for sure! The scatter symbol is one of the most important playing icons in video slot machines and traditionally can be found on any reel in the game. By the way, it is quite strange for High5Games to offer a scatter symbol, as they usually propose players to gamble with just a wild one. But, this is a kind of special video slot games.

The wild symbol can be found in the game only on the three middle reels: the second, the third and the fourth. Wilds just appear on the interface accidentally and replace all other playing icons in the game. They put instead profitable symbols, that gambler needs to form a winning combination and get real money!

Multiplier is another additional feature in the game that players will be happy to see. It turns on automatically as soon as the player has got a winning combination. The multiplier looks like a card game and offer the player a choice between red and black cards. Choose correctly and you will get your cash doubled!