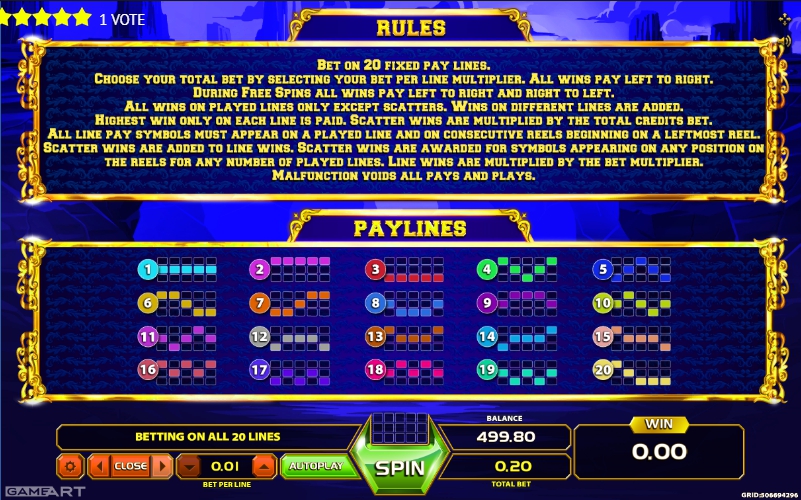 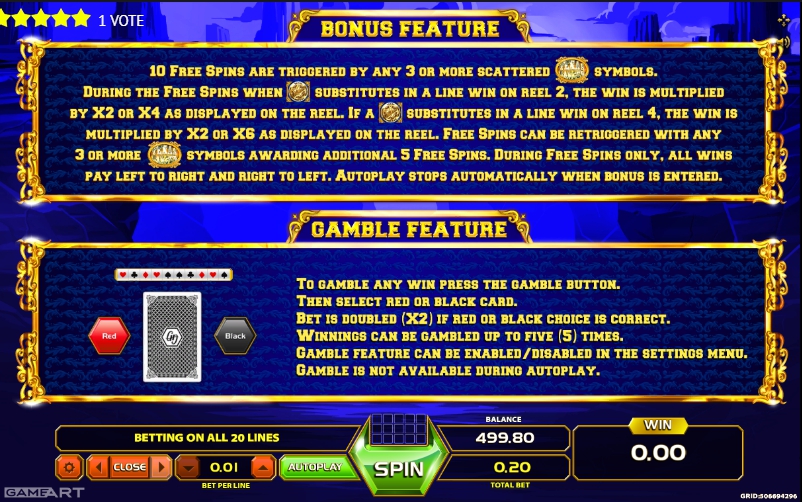 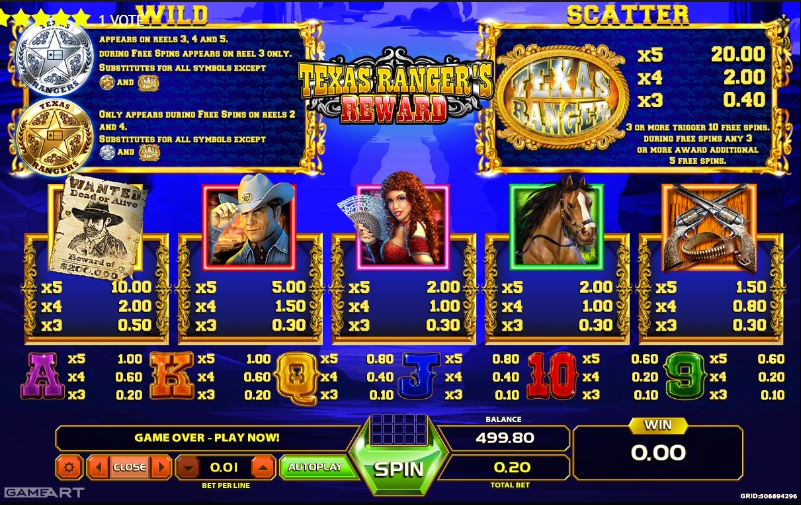 Texas Ranger’s Reward casino tells a story in the sense of the old-school western. The developers from the GameArt Studio took their inspiration from a couple of books and movies about cowboys and their adventures. The beginning of the story is an instant classic – a gamer becomes a new sheriff of a town, but there is one problem that he can’t solve. Bandits that always steal some gold from a local bank should be arrested. But how can you do that?
It’s time for you, as a player to become the best shooter in the wild west. To practice your skills use the gaming reel. The game designers represented it as a table from a saloon. You can find a lot of handy items by spinning the reel. But who said you needed them all? That’s the point, the gamer needs to collect only the slots that can provide the highest profit for the winning score.

Don’t be afraid if you have no personal computer. The developers added support for mobile phone and tablets. Controls work perfectly on a touch screen. Don’t you have money to play? It’s not a problem too. Just launch the game and use its demo coins. The in-game currency will allow you to play without any risk.

To play the Texas Ranger’s Reward gambling you can’t just walk in the saloon and shoot your enemies. You need to customize some parameters of your profile.
A special panel with the game options is represented at the bottom of the screen. The first function that you need to know about is “Paytable”. You can use it to get more information on the game’s rules. To change the amount of coins to bet use the “Bet per Line” option.
“Balance” shows you an exact number of coins in your bankroll. To know how much money you can win, look at the “Win” box on the right side of the panel. After completing these configurations, you will be ready to play. Just click on the “Spin” sign in the middle.
Now, it’s time to make the gaming process a little bit easier. In order to do that, use the “Autoplay” function. This option was added specifically for portable gamers, who don’t want to waste their time on clicking something. After activating this mode, the game itself will put your money at stake.

The game logo is represented as the slot that makes every other item wild. That’s why it is important to collect this symbol at first. Then you will have a chance to get free spins by simply continuing playing. Activate them to get a chance on winning golden badges. Land at least three of them on the second reel to get a two-time multiplier. On the fourth reel you will get a six-time multiplier.
Win for a couple of times in a row, and you will get a chance to start gambling. This thing can double your winning score. Use maximum betting to enter a jackpot mini-game.

Queen of the Seas