The theme of the Egyptian culture and life has long been interesting for developers of computer games, applications and, of course, gaming machines. They release entertainment slots in whole lots, which are diluted with interesting novelties and additions. Naturally, the Endorphina Company didn`t stand aside and released an interactive video slot called “Temple Cats” with the corresponding Egyptian plot with all its attributes. It is based on the worshipping these mysterious creatures by Egyptians. That’s why the gameplay is so colourful with its images in various interpretations. A delightful video slot was quickly liked by the audience thanks to its colourful atmosphere, magnificent design, and an undoubtedly high percentage of winnings.

The best designers of the company worked very hard on the machine interface. There are a lot of black, dark blue and gold shades with a characteristic ebb. All these is complemented by special effects such as shadow and mirror elements, which give each figure and image a 3D effect. The background of the drum resembles walls of an Egyptian pyramid with many symbols and mysterious signs. The background image is represented by two majestic columns and a starry night sky. The graphics of the game is advanced and modern, using computer technology. Each character is animated, it dynamically moves if you collect a winning combination. The music is calm and solemn. 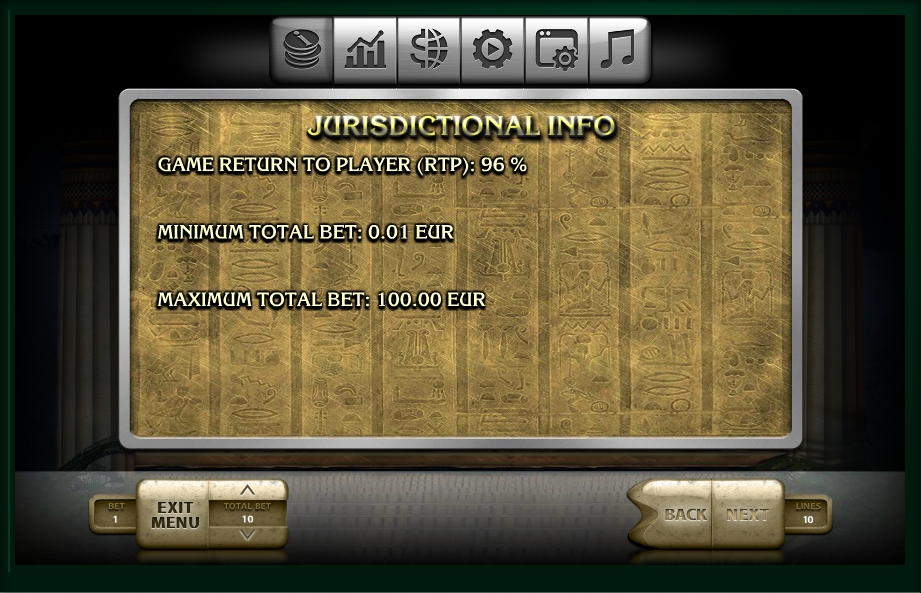 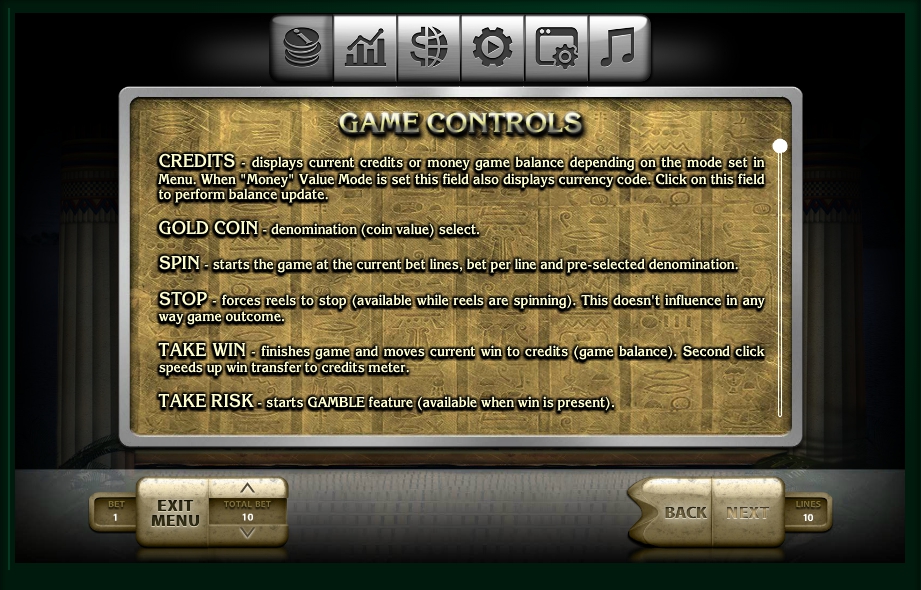 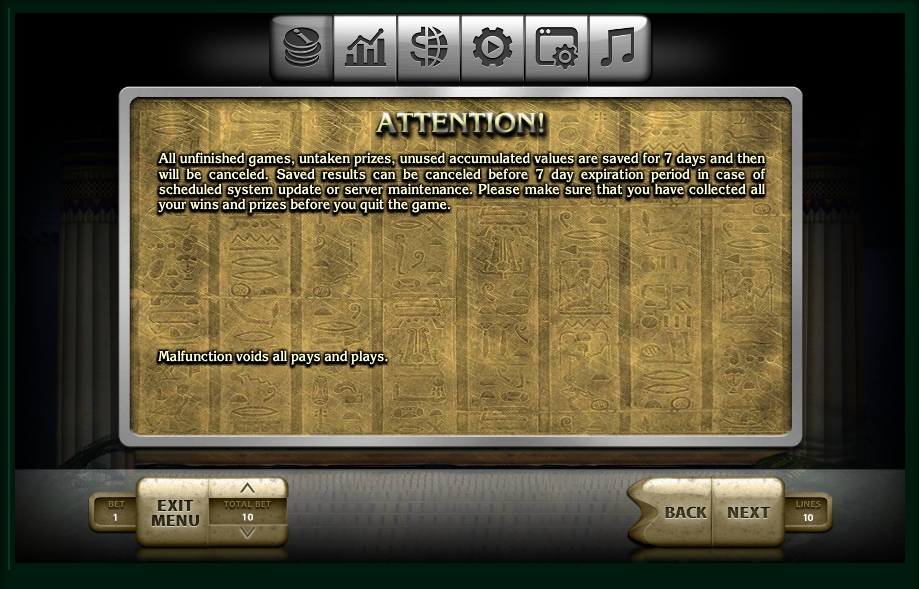 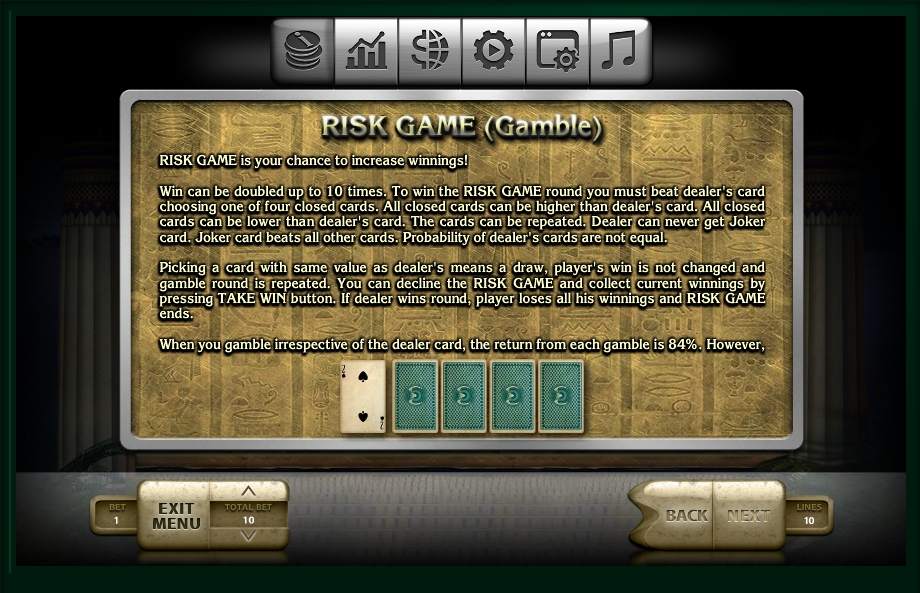 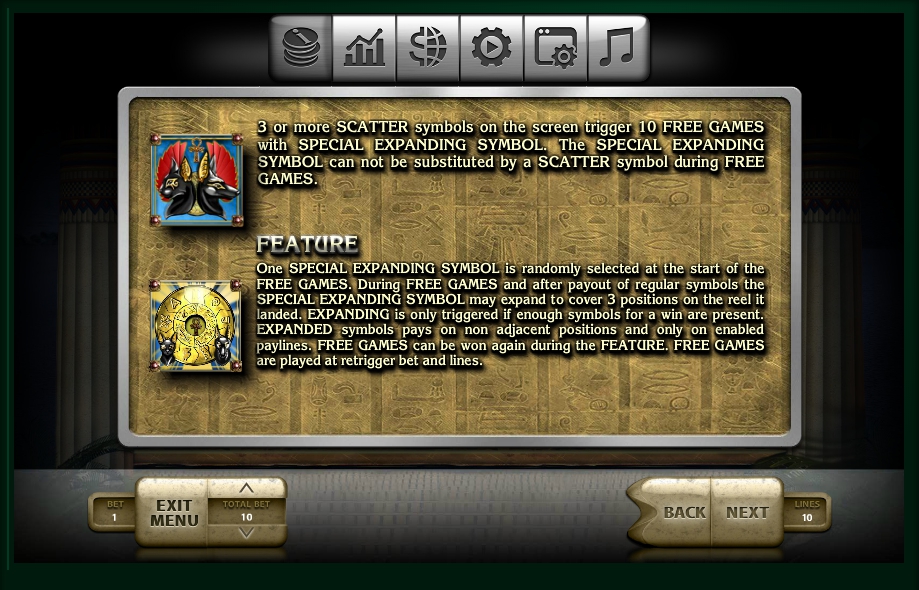 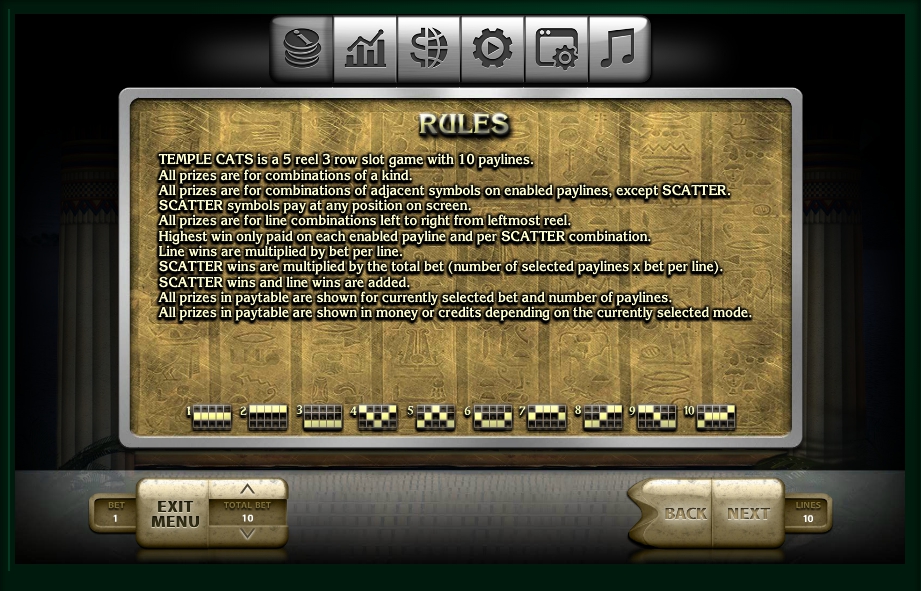 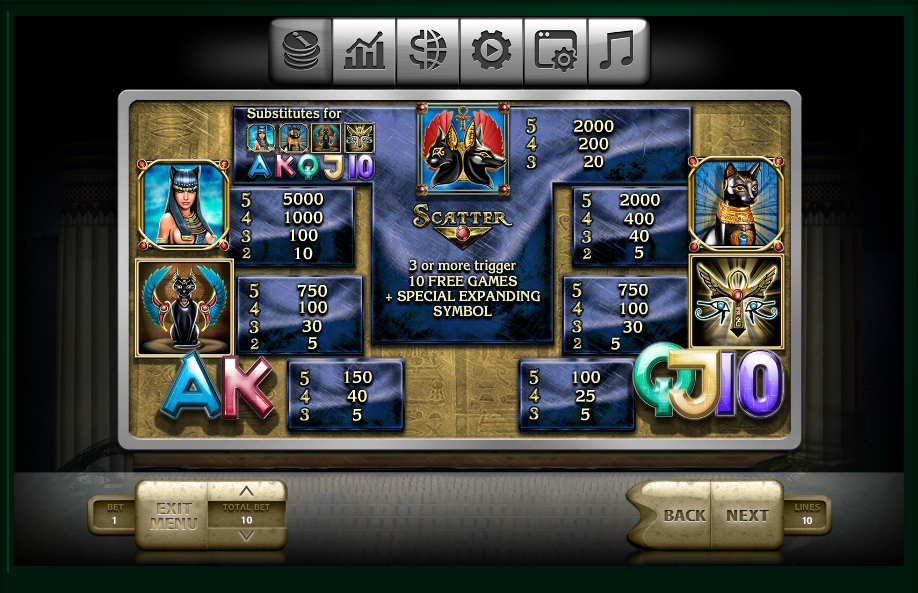 The main game contains a 5-reel field of 10 paylines. You can set a number of lines with a cursor on the screen itself. The Spin button activates one scrolling; the Auto button starts an auto-mode, which works until the first win or bonus round. After a successful round, these buttons will change to the Take Risk and Take Win options.

A distinctive feature of the machine is a special symbol – scatter in the form of images of cat and dog profiles. Moreover, it performs two roles at once: wild and scatter. As the first one, it substitutes for other game symbols, complementing the combination for winning. And as a second one, it gives you 10 free-spins. These rotations have one peculiarity: before their launch, a joker symbol is randomly selected, which can completely fill the playing field and bring in additional prizes. It should be noted that the image of the cat and the dog works regardless of the game lines and has its own payout figures. For those who aren`t pleased with only win the main and bonus game, the creators propose to double their money. To do this, you need to click Take Risk after a successful spin or a bonus round and try your fate at the risk-doubling game. Its rules are standard: there are 5 cards before a gambler, one of them is open. It is necessary to guess which of the remaining cards is higher than the open one. Guessing, a player multiplies the winning by 2. Your chances are one to one, which is proved by opening all cards at the end of the round. Doubling of the prize can be maid up to 5 times.