Swindle All the Way Slot Machine 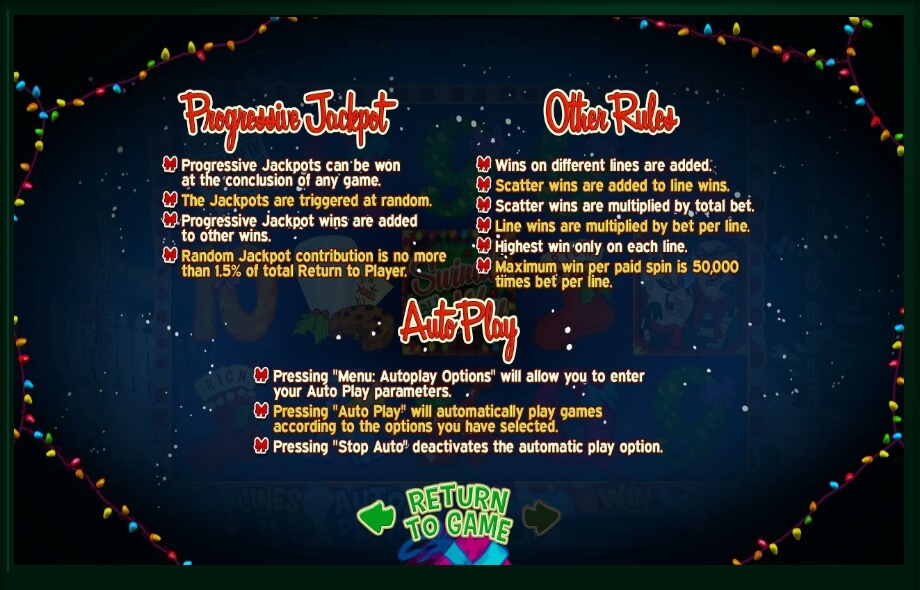 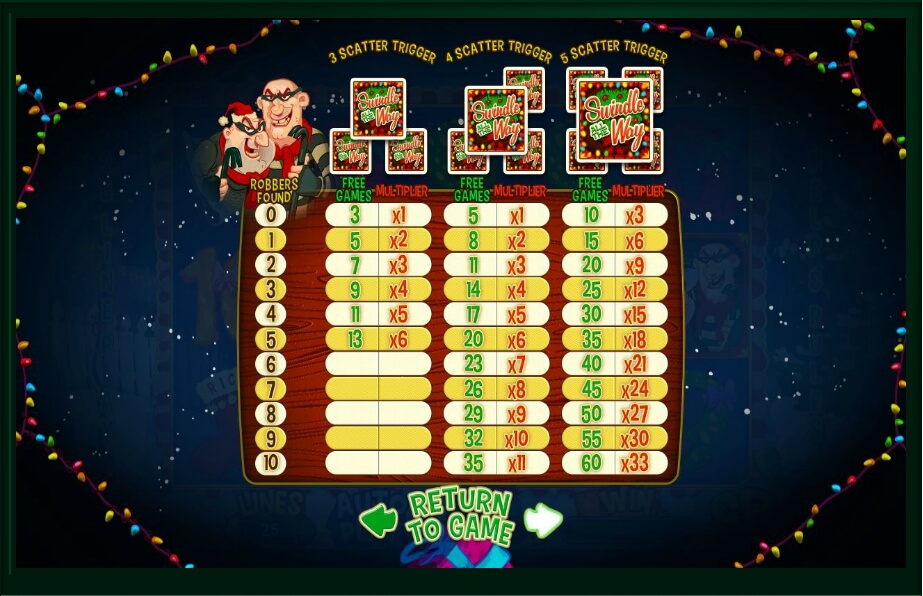 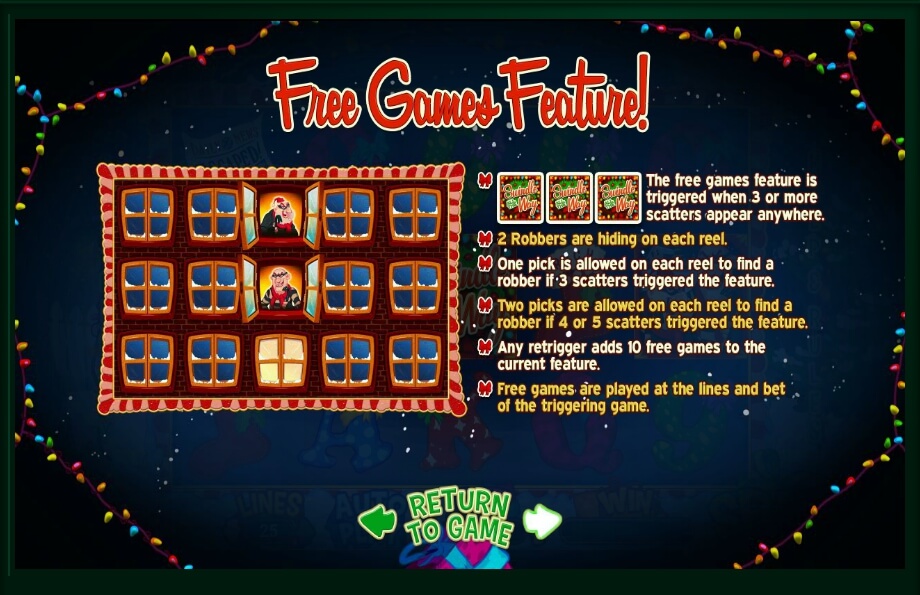 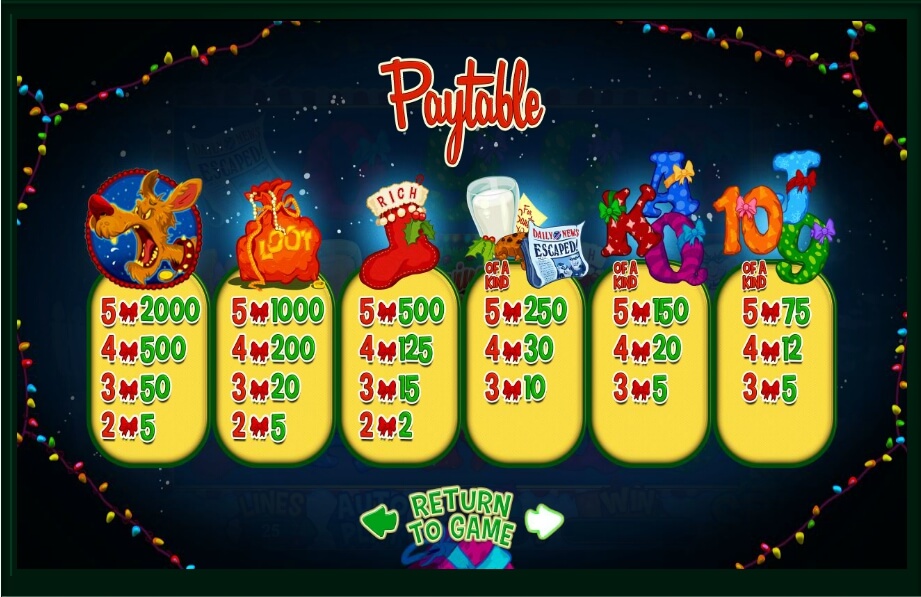 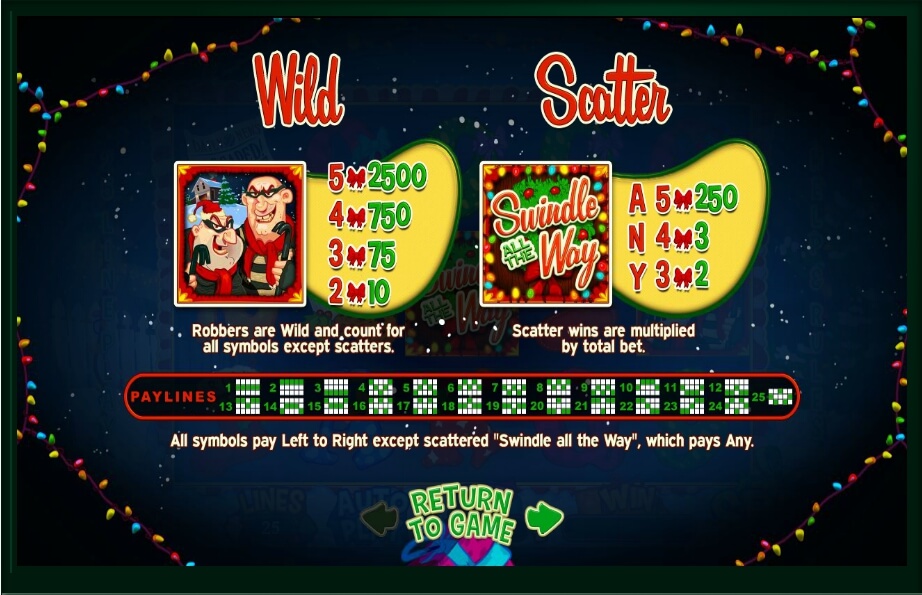 Swindle All the Way Slot Review

Each person has ever watched a legendary film that tells about a boy who was left alone for Christmas. He was doing well until two men who wanted to rob this house appeared. On the eve of Christmas, the Real Time Gaming company has released its new slot Swindle All the Way. Playing, the user learns the motives of the famous “Home Alone” movie that won all the audience. The plot of this story is dedicated to two villains who want to rob all houses on the eve of the holiday. Don’t let them do it, then Santa will give you a lot of prizes and payouts.

The prospective Real Time Gaming company regularly surprises fans with themed slot machines. This time the team managed to perfectly beat the magic theme, dedicated to the Christmas holidays. When developing the video slot, the manufacturers turned to the legendary film that is traditional for this holiday. During the game loading, the user will meet with two robbers who are going to do something awful.

In the design of the slot, a greater number of vivid colors take part. Graphic indicators of the slot are at the highest level. The model is also supported by the use of additional animation. The sound effects in the game are thematic. Animated special effects, especially snowfall, create an atmosphere of winter. On the background, there is a night city that is ready to meet Christmas. This is the right time for robbers, since no one will notice anything. The plot unfolds on 5 reels and 25 lines. The playing field is surrounded by snow, fir-trees and bright garlands.

Gamblers need to start playing with a theoretical section. Here the participant can learn about the coefficients, symbols and additional options for the slot. After that, it is necessary to return to the main screen. All buttons are made in the form of gifts. The user needs to select the number of lines using the “Lines” button.

The “Bet” option helps to adjust your bet. Note that these keys have additional arrows. Blue and green gifts activate manual and automatic game modes.

The first page of the theoretical section tells about the joker (the image of robbers) and scatter (the name of the slot) that are paid for independently. The first icon can replace ordinary images and complement chains. The second symbol opens access to the round of free spins. Robbers will hide on each reel. The participant needs to find them in order to receive prizes, additional rotations and real money.

During this round, the multiplier will be up to x33. Note that this indicator will depend on the number of scatters that were used to activate this option. Thanks to all the above-mentioned options, the customer can win up to 312,500 coins. It’s a great gift from Santa, is not it? You just need not to allow the robbers to commit a crime.

Spirit of the Inca