You can not play this game for free
For free slots game go
Play free
or
(10 votes)
Game Played: 0
Full screen: close 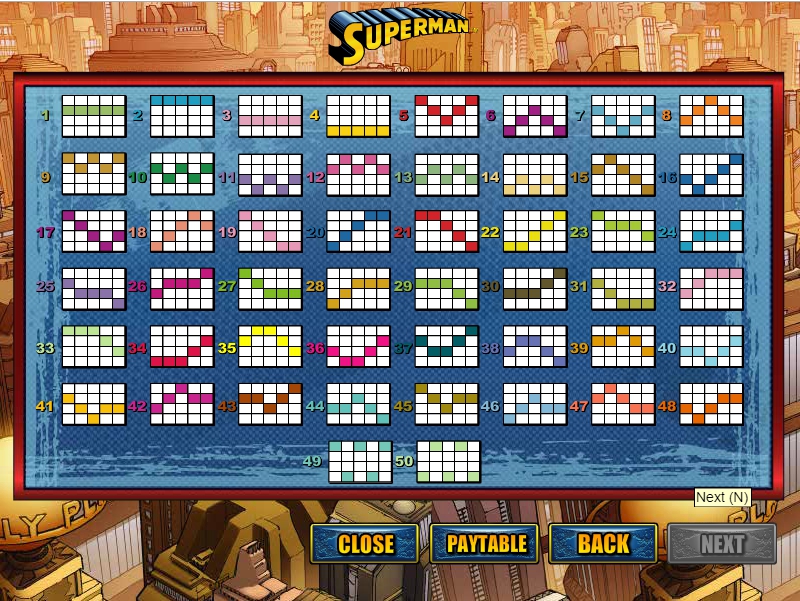 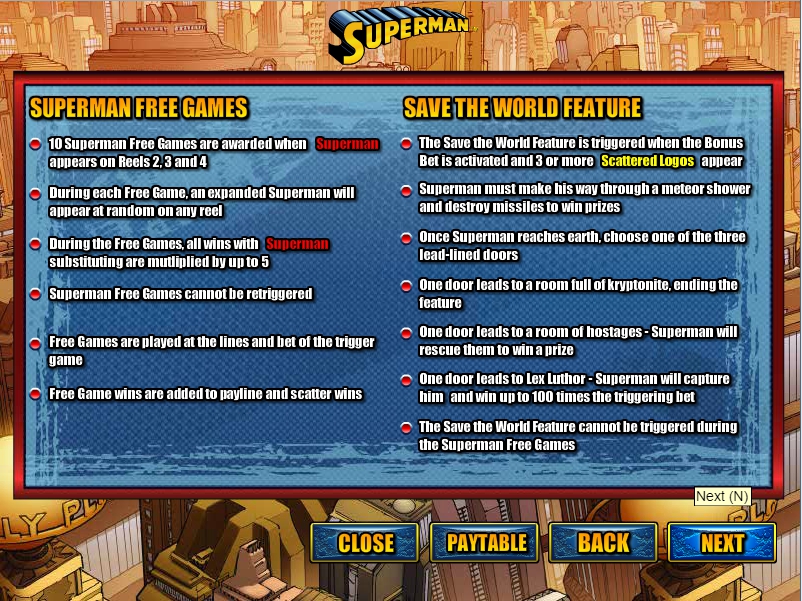 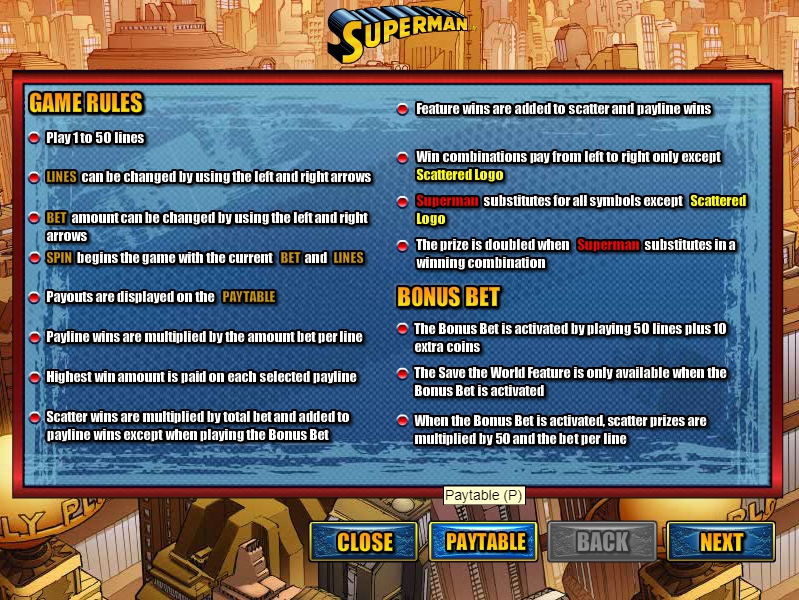 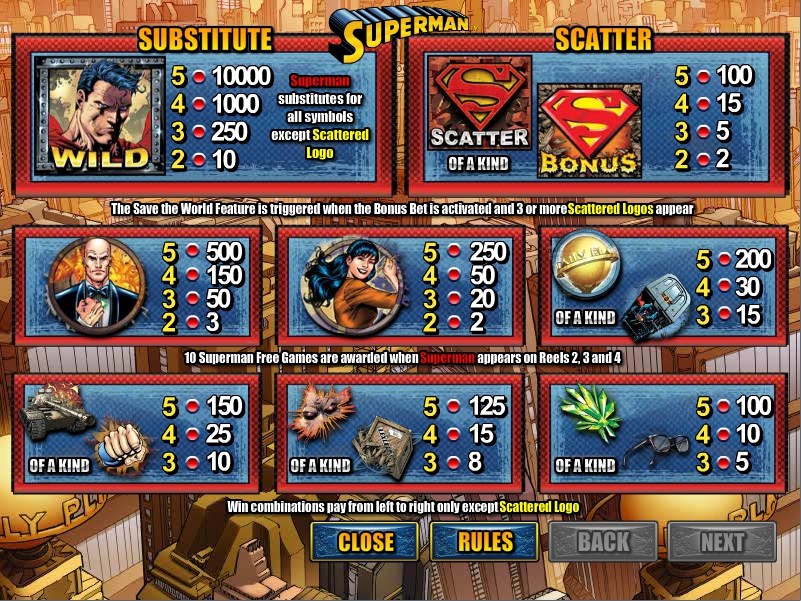 Manufacturers of slot machines for casinos often produce slots that will please not only avid geeks and fans of superhero comic books but also seekers of fortune. After all, superheroes and their adventures have already quite firmly entered our culture and art. One such is the Superman Cryptologic video slot, based on the adventures of a cult hero and a fighter with the crime. The manufacturers themselves call this slot machine the best Superman slot you’ve ever played, and we recommend you to make sure of it by playing Superman Cryptologic slot for real money in any casino with a partner license from this manufacturer.

The interface description of the slot machine Superman Cryptologic

The game screen of the Superman Cryptologic casino slot is made in accordance with the storyline of the comic strip: against the backdrop of a modern city with a developed infrastructure, game drums are arranged, decorated with broken chains and other attributes of comics about Superman.

Under the drums there are standard control buttons:

The Superman Cryptologic video slot has 5 reels and 50 active lines. The number of coins is fixed: for each line, you can put only one, and the range of rates varies from 1 to 20 cents, which will please both beginners and experienced players. The jackpot in the game is equal to 10,000 coins, and the payback rate of the slot is very pleasant – 95.5%, which is a pleasant indicator for the Wagerlogic video slots.

Description of the game symbols of the Superman Cryptologic video slot

The game characters of the Superman Cryptologic five-reel slot correspond to the comic book about Superman: here are Clark Kent himself, his glasses and uniform, loyal friend Lois Lane, as well as the sworn enemy Lex Luthor and crystals of kryptonite. Players are offered 2 game modes: normal, and a Bonus Bet Feature, which costs 60 coins, but it opens unlimited possibilities for wins, as it activates all possible lines.

The Wild is represented in the game in the form of Superman himself, and he can replace any game symbol. And if you collect a combo from Wilds on the second, third and fourth drums, you get 10 bonus spins, and Superman will stretch himself on an arbitrary active line and turn all of its symbols into wild ones with a multiplier of win x5. If you play in a Bonus Bet mode, you will get the opportunity to play at the bonus level in the mini-game Save the World. Here you need to destroy the missiles that Lex Luthor launches in you and successfully maneuver between meteorites, but in case of success, you will really get a superhero reward.

The Superman Cryptologic gaming machine has everything you need to be called good: balanced gameplay, saturated with bonuses and secret levels, a lot of winning combinations and of course, generous and frequent payments. Beginners can experience their luck if they play Superman Cryptologic in free mode without registration with a casino with Wagerlogic’s partner license, and experienced players can immediately bet on real money and hunt for the top prizes.