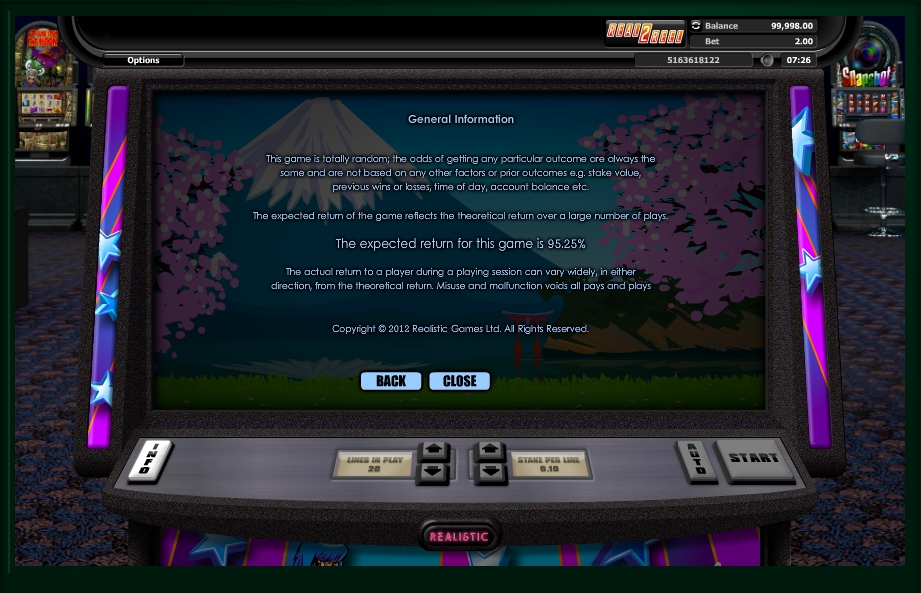 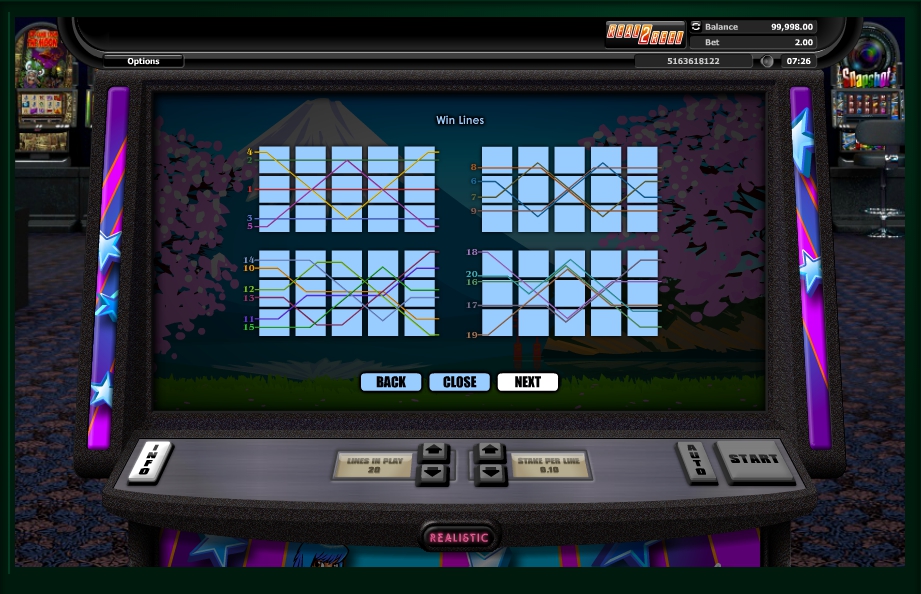 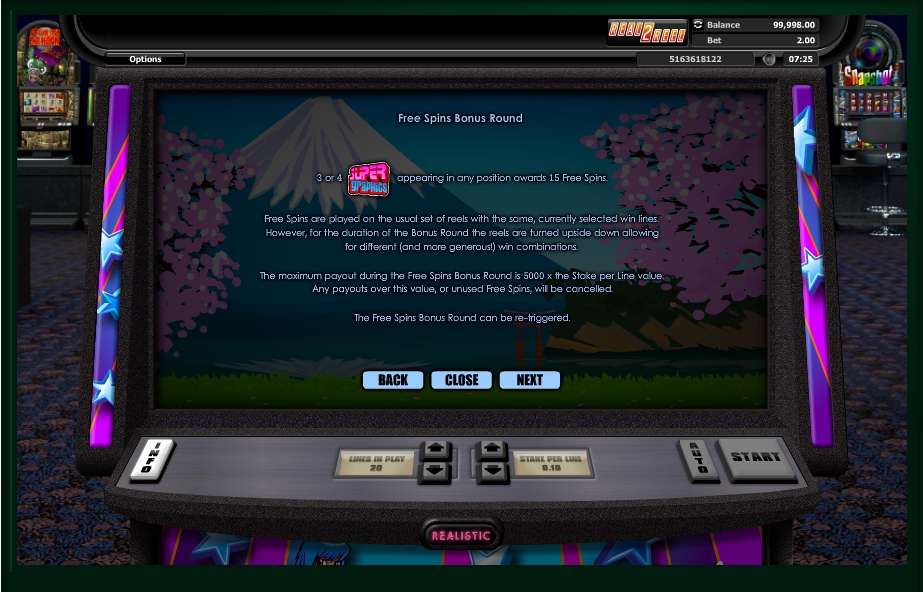 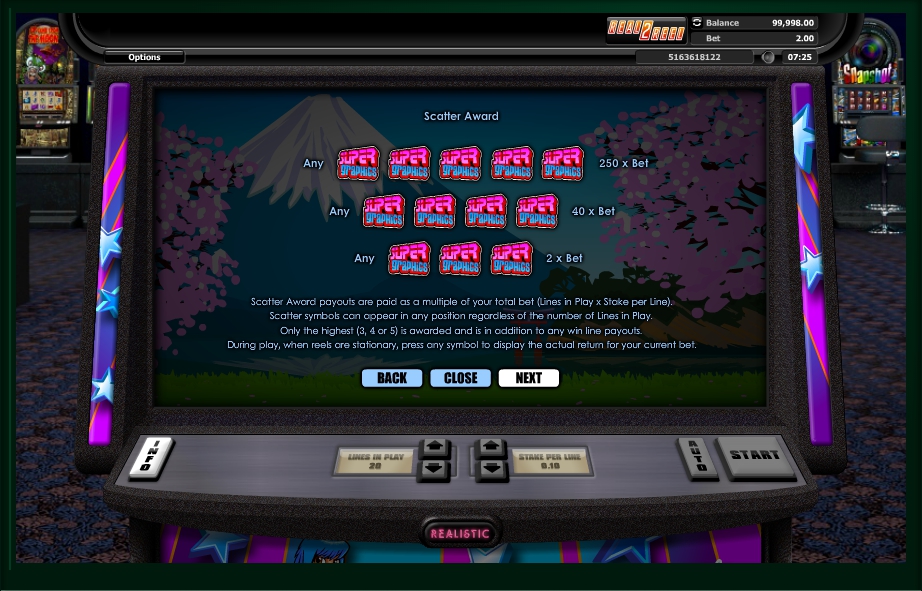 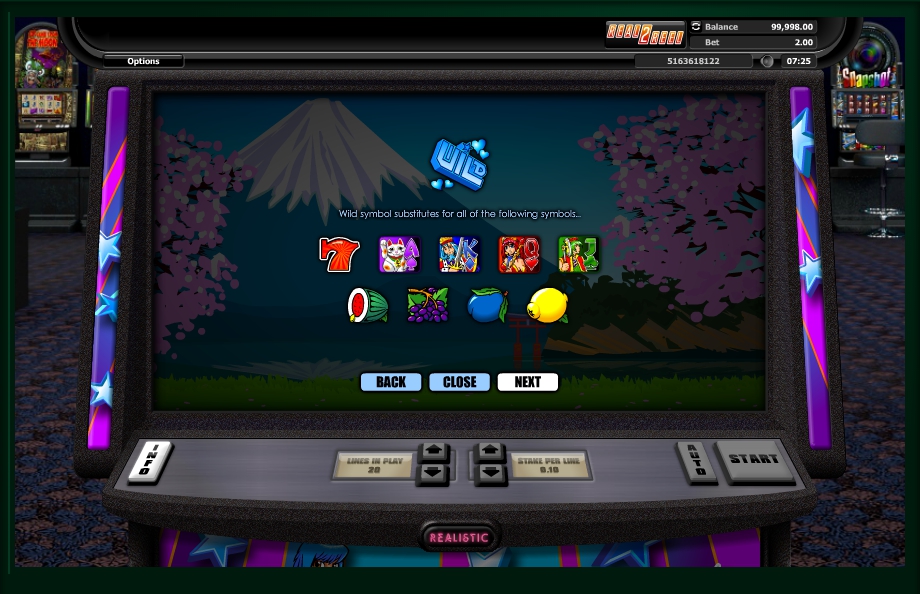 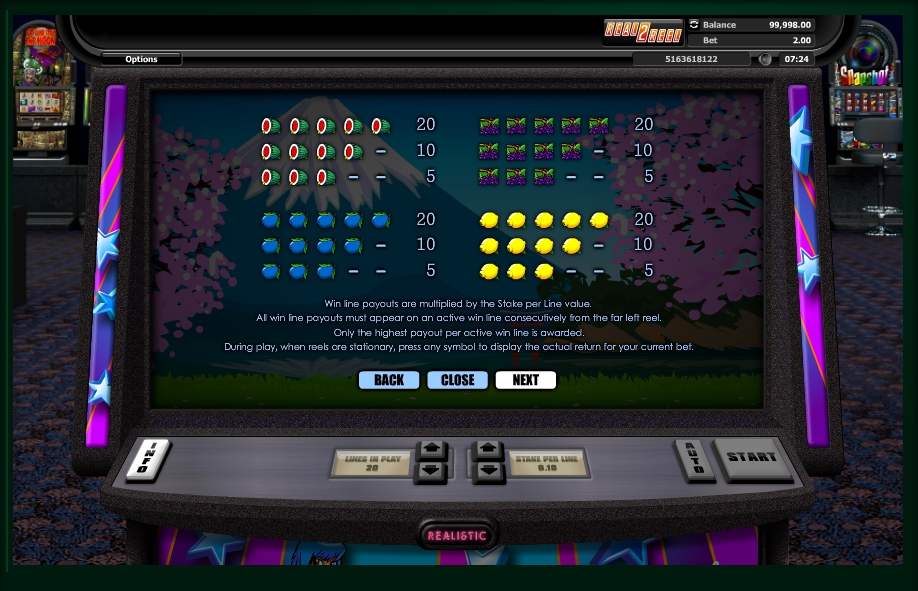 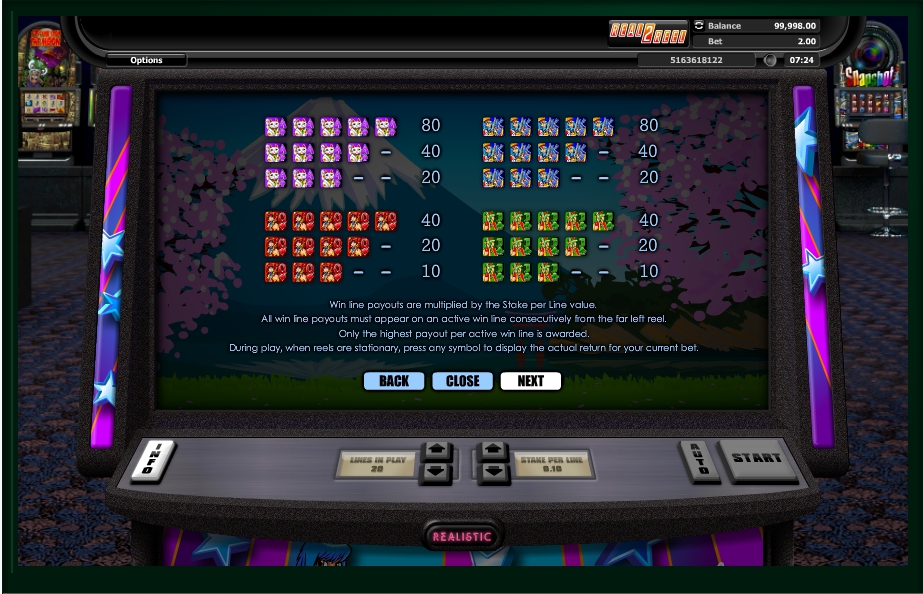 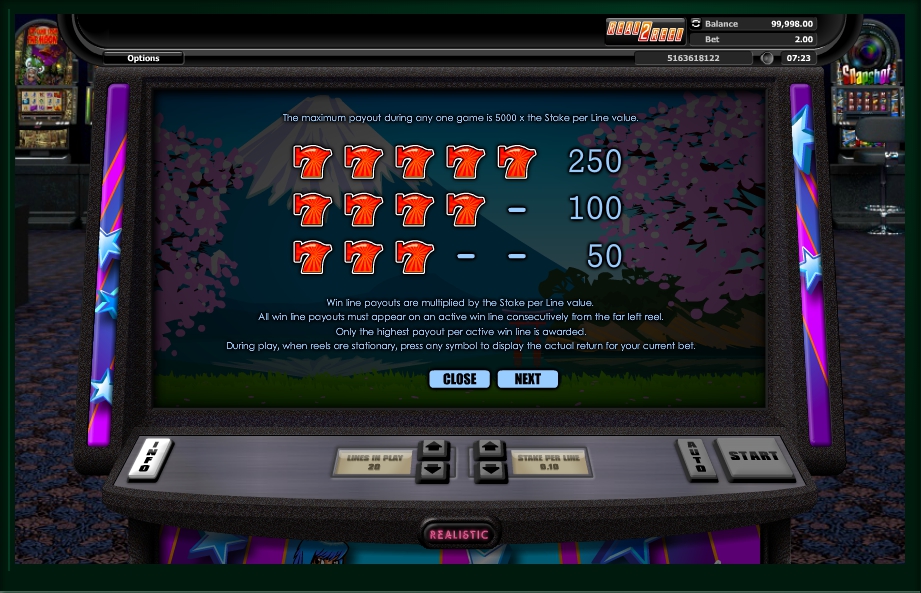 As you know, it was the fruit slots that were the first ground-based slot machines. They had a small set of functions, but they had incredible popularity among users. Since then, it has become fashionable to update these devices, introducing in them some features and improving their design. The company “Realistic Games” presents to its fans an excellent and high-quality video slot called Super Graphics Upsidedown. As it was already possible to guess, this machine contains a fruit theme.

Appetizing and fresh berries allow the participant to concentrate on the main theme of the slot and get acquainted with the assortment of game images.

This online-game combines the traditional theme, which corresponds to the characters present in the game and a rather unusual interface that allows you to achieve maximum functionality. You can make sure of this yourself, because you can play for free on the slot. The slot is characterized by standard drums and a monophonic control panel, which makes the game as comfortable as possible and does not distract the participant, as well as modest animation and soundtrack.

To conduct a successful game is not enough to rotate the drums, it is recommended that you first familiarize yourself with all the features of the slot that await the player. To better understand the basic principles of the gameplay, consider the paytable, the player should open the “info” section.

Having studied the information, the user can start practical actions launching the reels with the START and AUTOSTART buttons. The first performs single scrolls, and the second performs a series of continuous spins until the player again uses the autostart button.

In general, the gaming machine is very bright, on the sides we see interesting hieroglyphs. Light and unobtrusive sounds of musical accompaniment mark what is happening on the screen. Only for victory combinations, more vivid and lengthy melodies are prepared, which emphasize the user’s winnings.

The game’s Wild is the Blue Wild logo. It acts as a replacement for all symbols, except the Scatter which is the Super Graphics logo. Players can benefit from the Free Spins feature. Namely, landing at least 3 Scatters simultaneously, regardless of their position on the reels, will activate 15 Free Spins. What’s more, this feature can be retriggered.

Satsuki, a tiny anime lady, will walk to the center of the reels during play to introduce herself in the Japanese language. The words will be translated in a text banner in broken English. She will explain that the Upside Down mode will give you a set of 15 free spins.

Other Games by Realistic Games