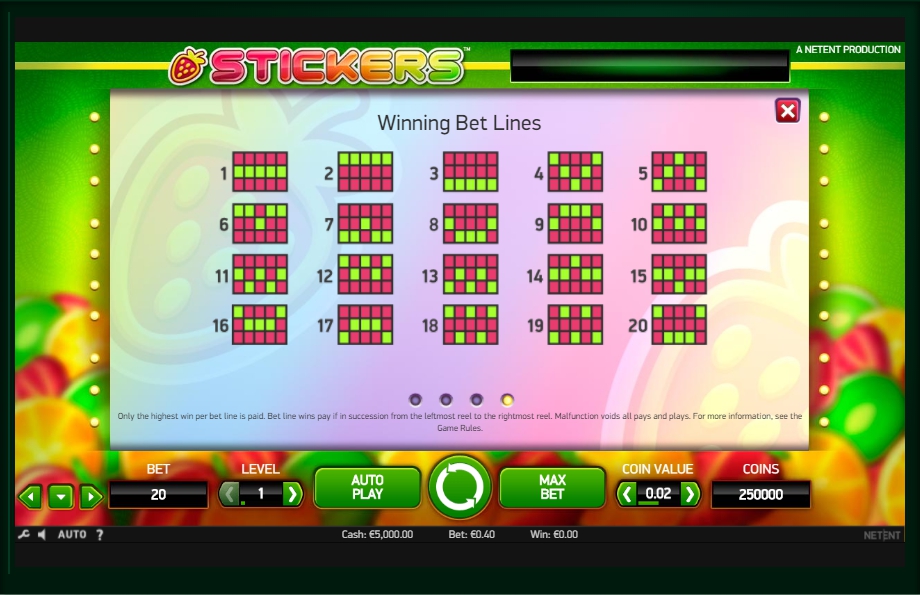 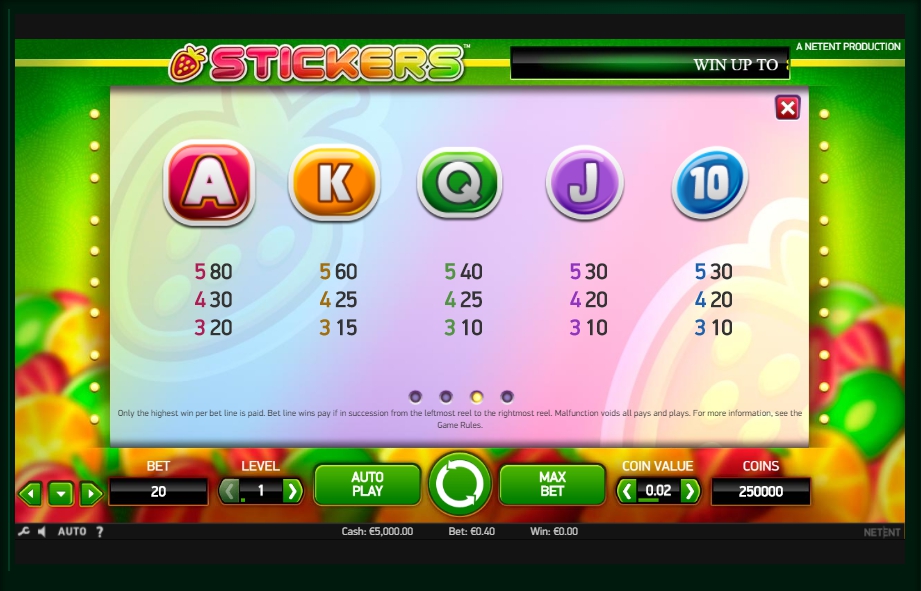 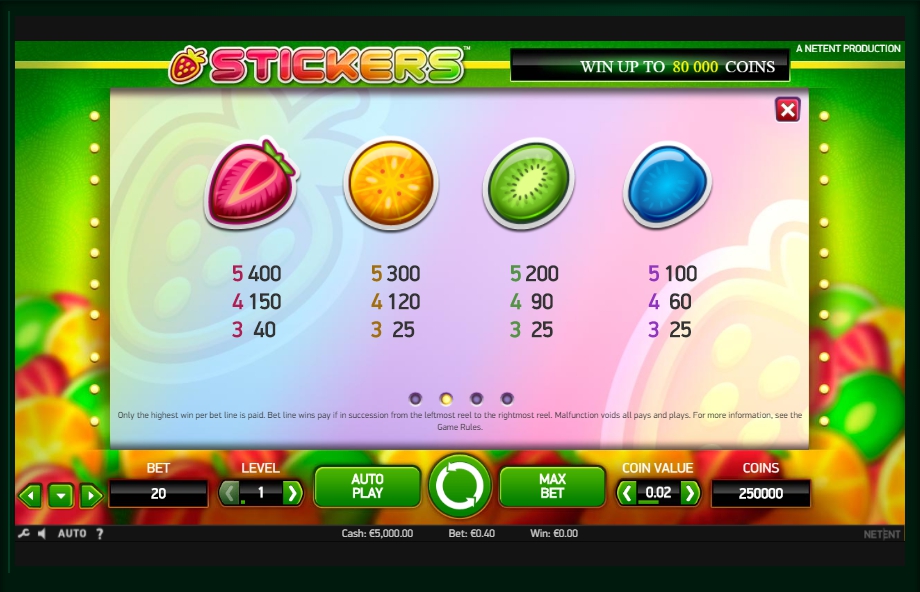 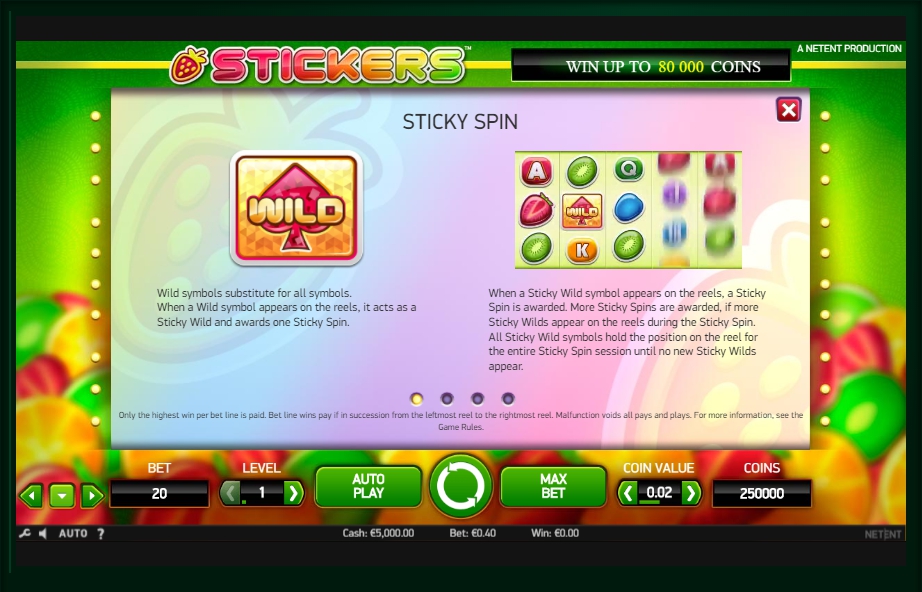 If you like playing gambling machines, then you can try the new slot from NetEnt – Stickers. Just dare to plunge into the world of passion, having adjusted value of a coin and bet at the necessary level and having started reels! And it is not all. In the slot machine – unlimited respins are available!

The Stickers slot from NetEnt is the 5 reel device connected by three rows of pictures. In the slot machine there are 20 fixed lines of payments to create advantageous combinations. The character set is considered victorious is from left to right there are at least three identical images.

Such parameters as the cost of a coin and their quantity on a bet can be edited. The first value can be in the range from one cent to one euro, and the bet can be from one coin to ten. The slot is issued in bright colors, and the design differs in simplicity. Graphics and top-level music are simply best. A minimum of buttons on the panel make a game idle time. The stated percent of payments is 97%.

The automatic machine is so simple that it is safely possible to call it paradise for those who don’t like to bother. In it there are no fancy counters, bonus rounds and even free spins, but from it its attractiveness doesn’t become less.

As it was already told above, the combination, at least, from three similar images is considered prize-winning. At the same time you can collect at least twenty such sets on all possible lines at once! And each of them will be included and paid!

There are special wild symbols in the Stickers Slot machine. They can appear on any place and on each of reels, both during a normal spin, and during “Sticky” of spin. The wild symbol replaces all others that provide creation of the most optimum advantageous combination on active lines of payments.

Among the symbols turning on reels it is possible to meet as fruit symbols (strawberry, orange, a kiwi, plum), and card signs. Five cheesecakes will bring 400 credits, oranges – 300, a kiwi – 200, discharge – 100.

When one or more Wild symbols appear during the game, besides an advantageous combination, because of replacement of other images, you still receive also a re-spin. It means that every time when such sign appears you have additional chances of a victory. If Wild helps to create the advantageous line of payments, then the corresponding prize will be added on your balance and you still will be able to move the reels, free of charge.

Such free Re-Spins when the Wild appears and is formed a prize-winning combination, create much more chances of a victory. And, if other such sign appears, then you receive one more Re-spin. Also it will happen so until the Wild shines on the screen, and otherwise you will be just returned to the main game.

To bet $1 and collected five signs of wild your scoring will make $80 000. It is its maximum size!