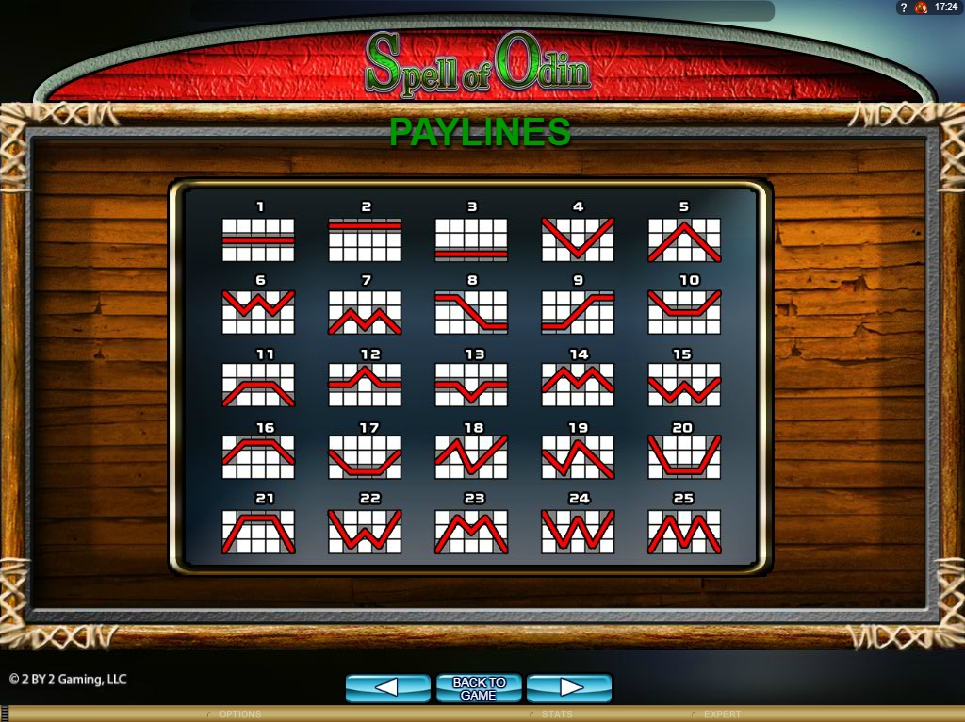 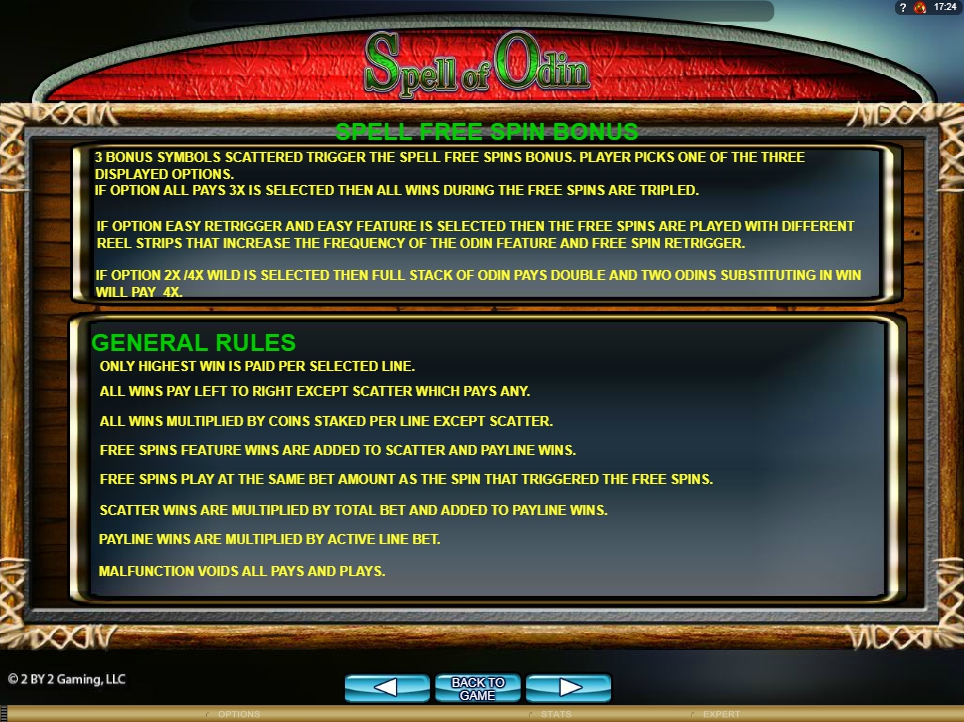 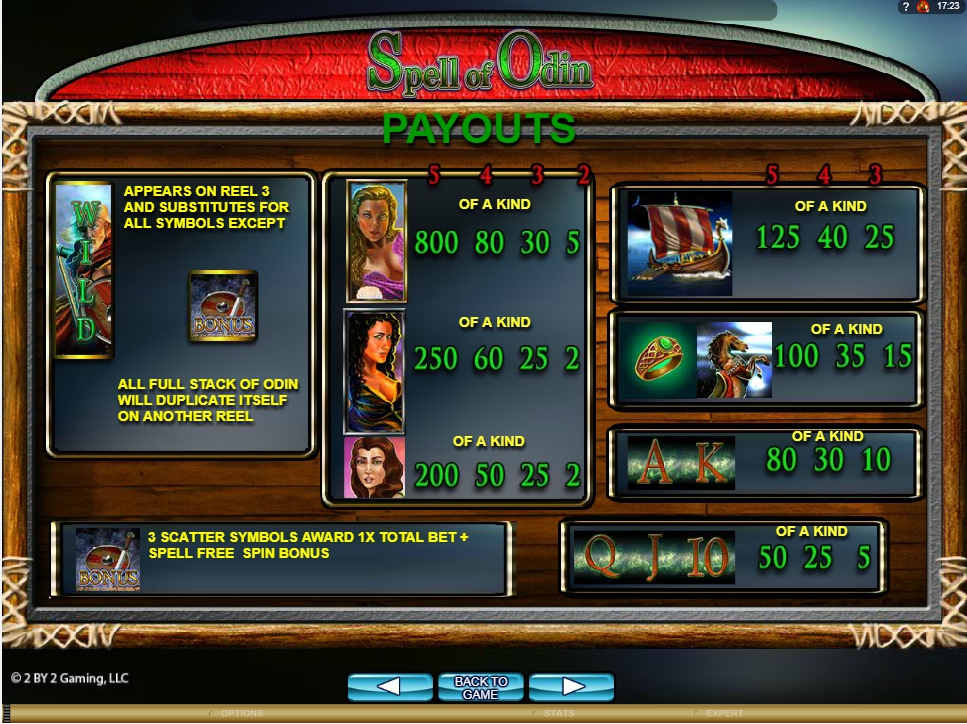 Scandinavian mythology acts as a great theme for a lot of games, films, books and other works of contemporary art and entertainment industry. For example, the 2 By 2 Gaming Company recently introduced a Spell on Odin five-reel slot, which invites you to participate in the conquest of Valhalla. This excellently constructed slot machine with a stunning design and amazing sound effects is available on our site in a free trial mode, and if you want to compete for the jackpot at once, go to the virtual casino available in your country and play Spell on Odin for real money.

General description of the Spell on Odin video slot

Spell on Odin casino game is a 5-reel model with 9 lines on the screen. The layout of active lines is available in the rules. You can play on the slot machine from one to twenty coins per payline. Their denomination varies from 1 to 20 cents, so even if you decide to play the full stake, the total sum won’t make a hole in your pocket. The set of available functions includes special symbols, bonus spins, additional multipliers, odds and other options considered below.

Usually, the paid combinations are formed of several pictures on active lines. At the end of the spin, the user can immediately transfer the money to the account or try to increase the winning in the Spell on Odin casino slot risk game. Here you should guess the colour or suit of a closed card.

The correct colour doubles the payout, and the correctly named suit increases it fourfold. The rules allow you to play several times in a row in one round. It is impossible to be mistaken.

On the reels of the Spell on Odin video slot you will find the main symbols, which are drakkars, as well as a round shield and a sword, dragons, horses, a ring with an emerald, and beautiful ladies as well. There is also a standard group of card symbols having a small multiplier in the slot, but they often form winning combinations.

The pictures representing Wild (Odin himself) and Scatter (Shield and Sword symbol) play a special role. Their features should be considered in more detail:

• Wild, falling on the third reel in full stack, duplicates itself on any other. Payments on the lines received at Wild’s account are also doubled.

• The scatter can appear anywhere on the playing field. In case of collecting of 3 characters on the active line, you get 11 free spins, having an opportunity to choose a bonus by taking one of the shields with the corresponding inscriptions.

Where can you play?

Spell on Odin five-reel slot is offered by various online casinos, provided with 2 By 2 Gaming platform. Though some of the games are allowed for the play only after opening an account, many of them provide testing slot machines without registration in the free mode.