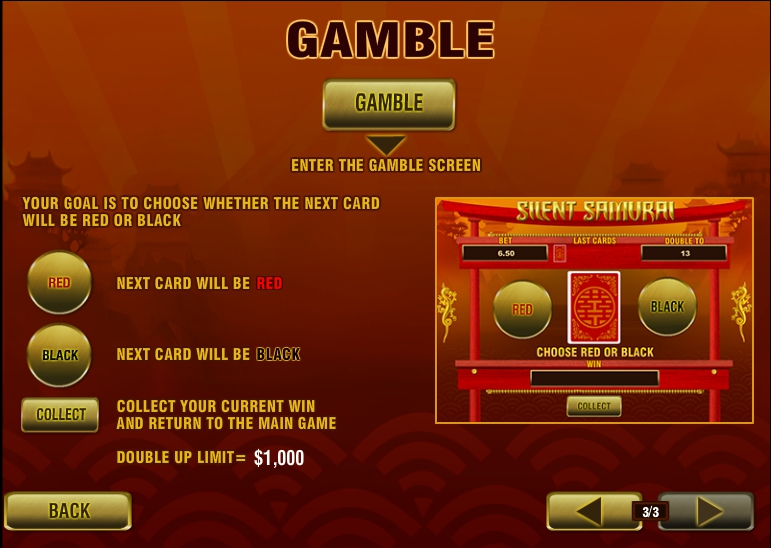 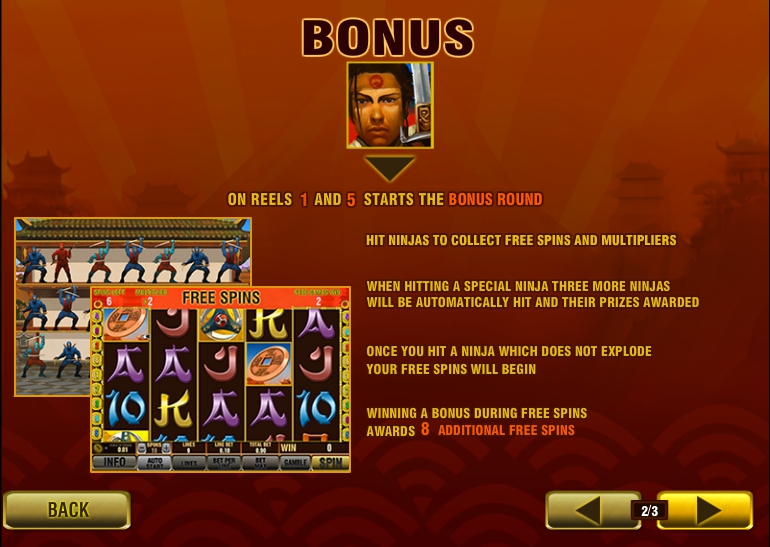 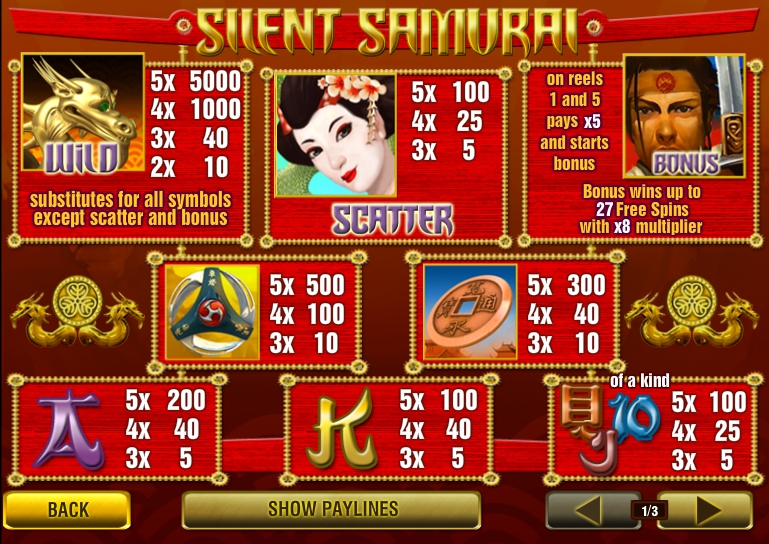 We know Japan as the country of the rising sun. The sun in the center of its state flag means perfection and prosperity of the state. This ancient world in the world still remains mysterious and incomprehensible to us. Japan is a country with a special color, amazing culture and unique traditions that are passed on from generation to generation.

In Japan, as in other countries, there were their own violets, called samurais. The basis of Samurai ideology became Zen Buddhism and the teaching of bushido (the way of the warrior). A team of developers from Playtech dedicated these soldiers to the video slot Silent Samurai.

To convey the general story of the game to the user, the manufacturer has developed an appropriate graphic design. Therefore, the main gameplay takes place against the backdrop of a Japanese village. On the reels of the slot machine, all the thematic images and hieroglyphs are displayed.

Due to this, the gameplay will seem more realistic to the user. The most important element that complements the overall style of the slot is the musical accompaniment, through which the game becomes more engaging and exciting.

The game on this machine must begin with a study of the control panel. The first thing a player should do is open the theory section, using the “info” function for this. Here, the player will find the paytable, coefficients and rules of the game process. In this gaming machine, 5 reels and 9 paylines are available.

Therefore, the player needs to bet using the “+” / “-” controls in the “bet per line” field. You can select any number of active lines and fix them with the corresponding key. Activate the autoplay function in order to enjoy the culture of Japan and the art of the samurai.

If the player wants to control the game process then he needs to use the “spin” key. Below is a field with prompts. If you want to leave the game use the “close” button.

In the slot machine Silent Samurai the image of the golden dragon is “wild”. You need 5 of these shots to win the jackpot (5 thousand). Geisha is a scattered symbol. Therefore 3-5 such images will give the player prizes and cash rewards.

If the player catches the samurai symbol on 1 and 5 reels simultaneously, then the bonus game will start. In this round, three lines of ninjas will appear. The user will need to find them to get free spins and multiplier. The appearance of the evil ninja will end the round and you will return to the main game.

As a result of each rotation, a combination can be formed. After that, you can take part in the risk-round by using the “gamble” key. Here, the player needs to guess the color of the closed card. If he manages to do this, his last win will be doubled.

Secrets of the Amazon