You can not play this game for free
For free slots game go
Play free
or
(6 votes)
Game Played: 7
Full screen: close 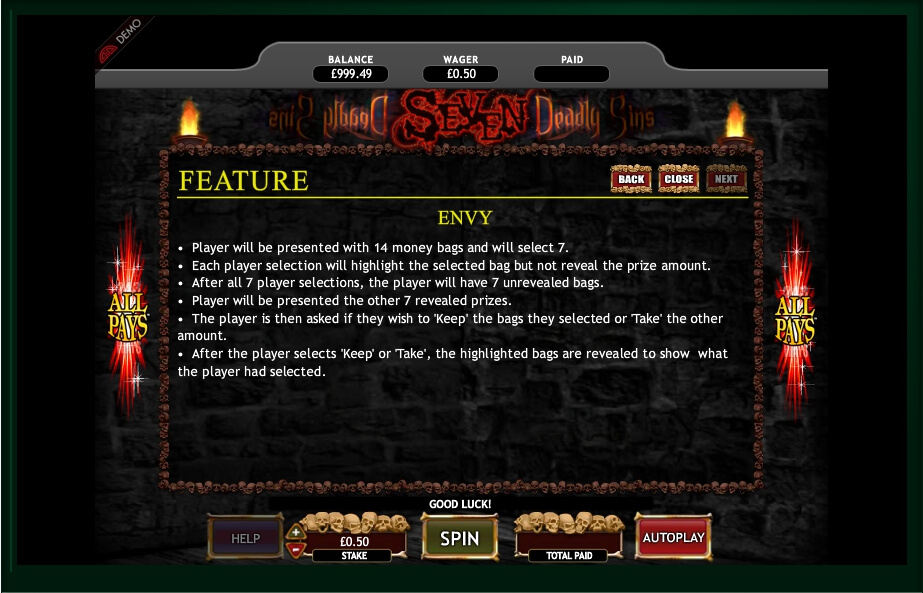 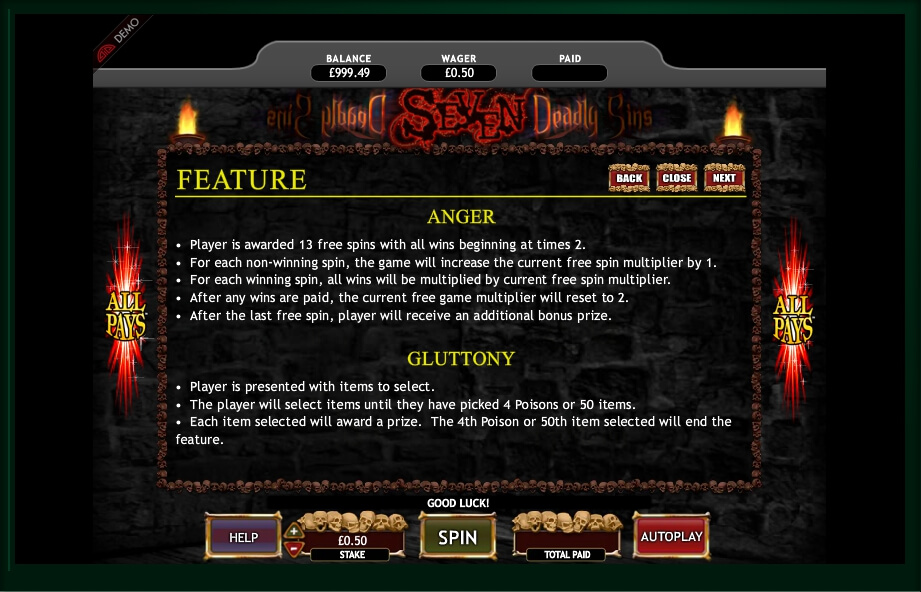 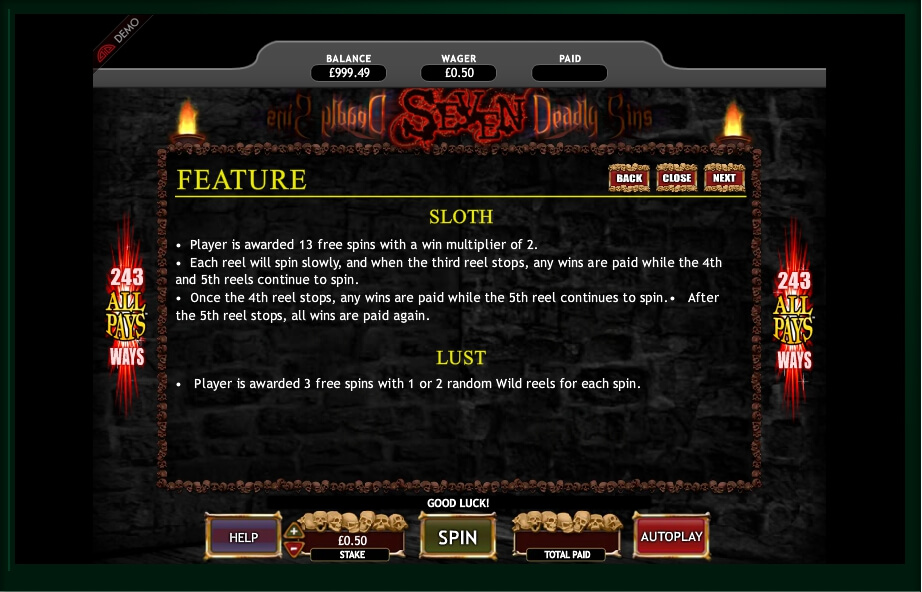 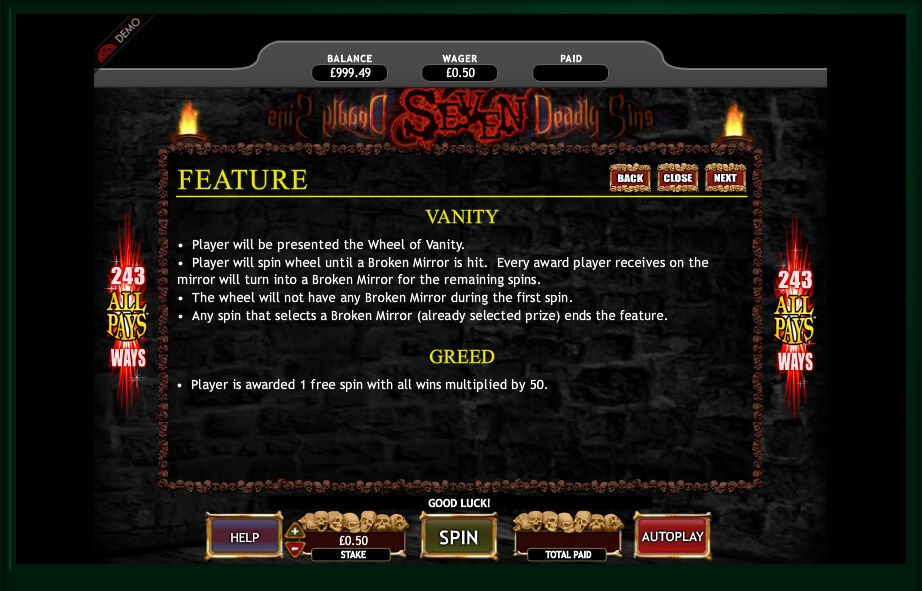 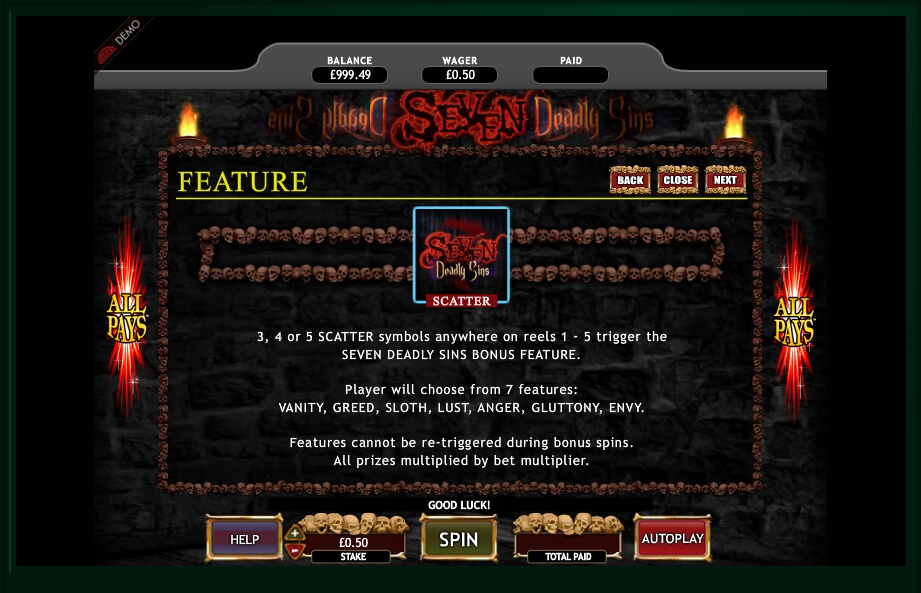 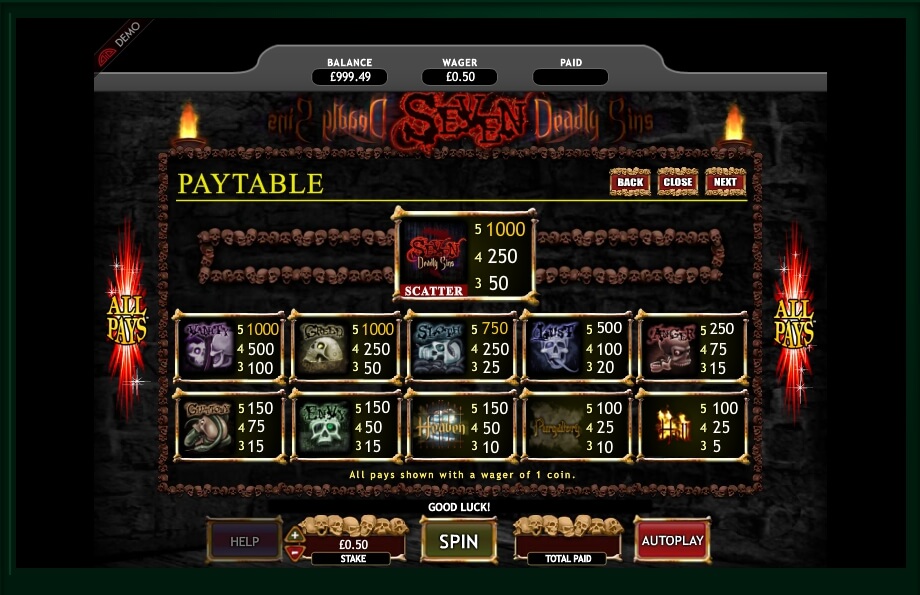 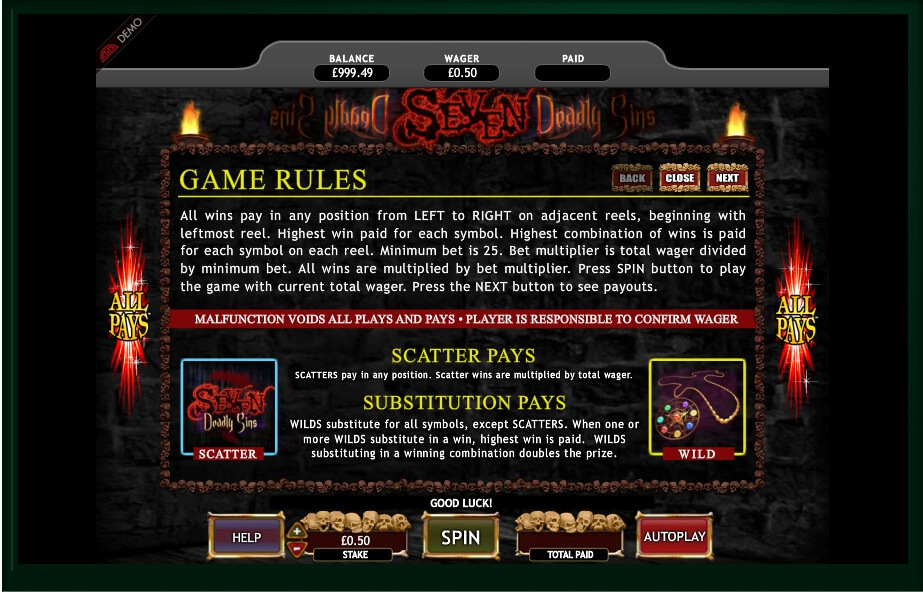 Scientists have established that a person has a surge of adrenaline and excitement during extreme and dangerous sensations. Therefore, many of us participate in races, fights and visit terrible places. Genesis Gaming also tried to create the atmosphere of horror and fear. As a result, we have a slot called Seven Deadly Sins. According to the Bible, for one of such sins a person can go to hell and be there forever.

Using all the information the team of programmers has created a really terrible slot machine that will help you get excitement and adrenaline.

In the plot of this slot machine postulates are laid that tell about the seven sins that a person can commit. The design of the slot is carried out according to the basic idea. The slot has the graphic design, which meets modern requirements. Having opened the game you can get scared because you will be in the dark place. This atmosphere becomes more disturbing due to the sound design that is successfully chosen specially for this game. The five game drums will have thematic pictures that reveal the essence of this game.

The developers guarantee a successful gameplay, as users will be able to access 243 different ways of creating chains. The buttons of the control panel are decorated with skulls of people who committed one of the 7 sins. The player can make a pick using additional buttons of the bet function.

This indicator will be displayed in the section on the right side. The spin button activates the game with normal spinning. The autoplay function can activate the automatic game at any time. If the player has any questions then we recommend that he/she turn to the help section.

Here you are offered to familiarize yourself with the details of the payment table and also the general rules. The gameplay is accompanied by the colorful sound background. The font style evokes associations with hell and human fears. In general, Seven Deadly Sins does not have complex functions despite this plot.

Wild is used only to replace other pictures. In such cases, it doubles the payments. Scatter does not depend on the location on the screen. Three to five of these elements give the player an additional payout.

In such cases, a thematic bonus round is also launched that has several options.

-Vanity. The user needs to spin the wheel of fortune and receive payouts and additional multipliers. If there is broken glass, the mini-game will be over.
– Greed. The customer will receive one free spin with an additional x50 multiplayer.
– Sloth. This option offers the user free spins with twice the coefficients. All the drums will stop in turn and give payouts.
– Lust activates three free spins with additional features.
– Anger option will give thirteen free spins during which the multiplier will increase.
– During the Gluttony round, the player needs to select several items that contain payouts or poison.
– The last option is called Envy. Here, users need to select seven pots of honey. During this round, additional payments will be charged.