You can not play this game for free
For free slots game go
Play free
or
(7 votes)
Game Played: 0
Full screen: close 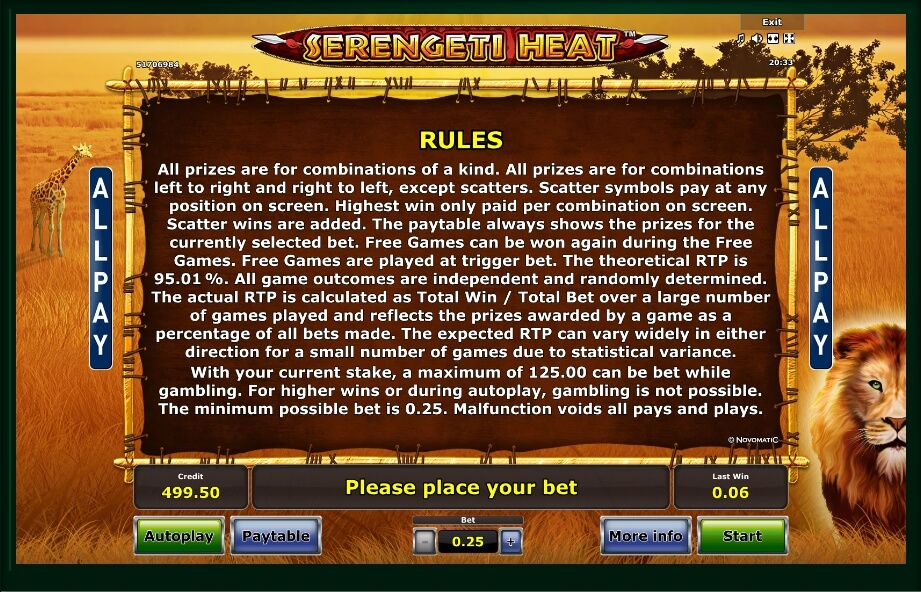 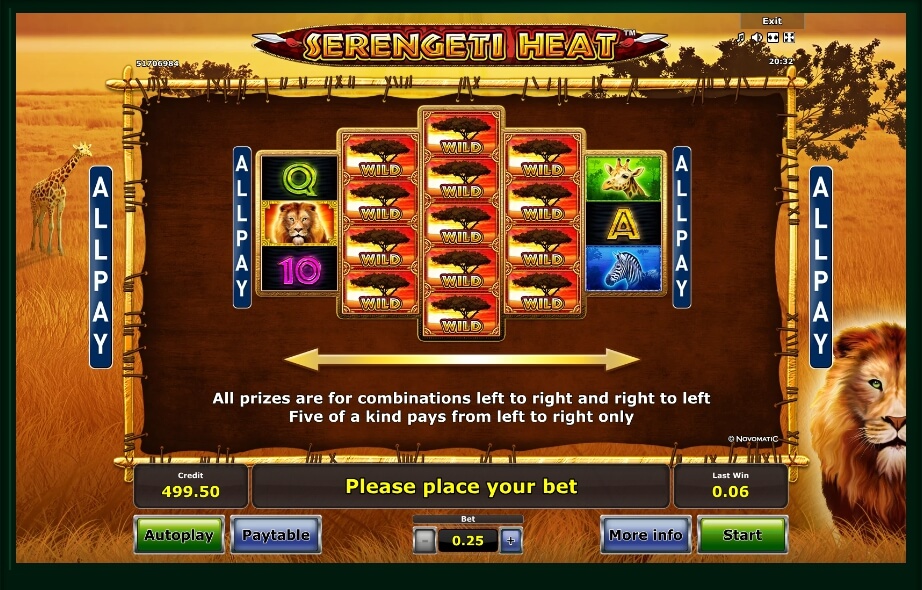 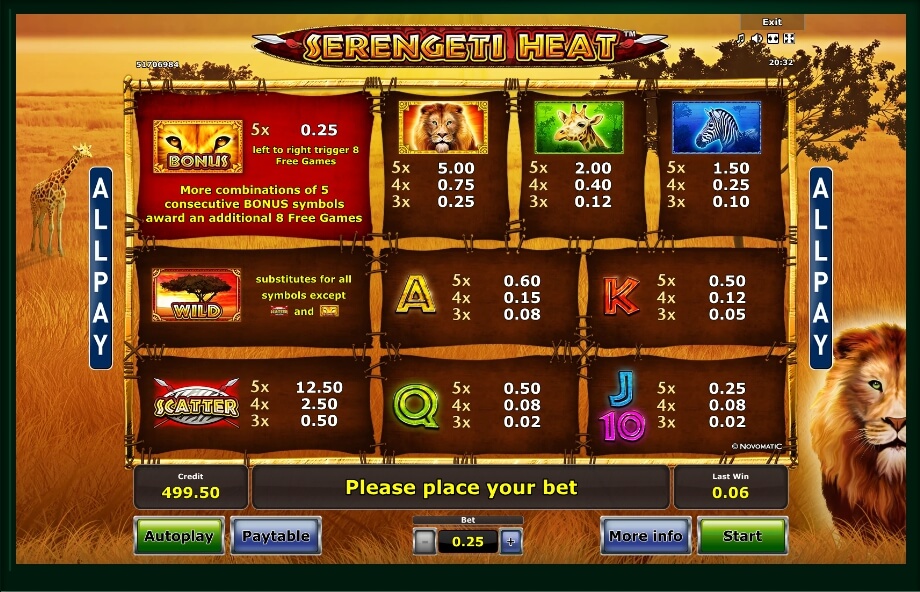 We would like to invite all users to a virtual tour around the hot African continent in an exciting game from Novomatic Corporation. The provider presented the model that will show all the beautiful scenery of wild and dangerous Africa. Today, safari is one of the most popular entertainment among tourists who visited this mysterious continent. Having bought tickets for such an excursion, a traveler can ride through deserts and study the behavior of animals in natural conditions. But if you do not have time to travel, then just start the “Serengeti Heat” video slot.

One of the most popular places for safari is South Africa. Graphic designers executed the slot machine in full accordance with the main plot. The main screen, on which the five drums rotate, is depicted against the backdrop of a beautiful landscape. On the background, we see a beautiful savannah, a giraffe and a majestic lion that watches the gambling process. The general style is complemented by a soundtrack. But this option can be turned off by the corresponding buttons.

There are no active lines in the game for the player to choose independently. Instead, the developers added the “All-Pay” function. This option significantly increased the chances of the player to win. The winning combination must contain at least three identical pictures.

And, depending on a specific image, you will receive real money in accordance with the main payout table that can be opened with the “paytable” button. At the bottom is the game control panel, a necessary set of buttons and a scoreboard with information.

In the lower right corner, you will find the start and stop button, as well as the risk game option. In the bottom left corner is the paytable that will tell you about the purpose of each symbol in detail. The bet is regulated by the “+ and -” icons of the BET function.

Rotations can be started in standard and automatic modes. In addition, the round can be stopped ahead of schedule. It is worth noting the presence of animation and 3D elements.

Wild is a joker that replaces other images. Scatter does not depend on the location on the screen, so it can appear anywhere. In addition, three to five such elements will give the player a payout. The maximum prize is 1 million credits. Please note that you have many ways to win real money.

Bonus activates a round of free spins. To do this, bonus pictures should be on all reels. After that, eight spins will start for the money of an online casino. The round can be re-triggered several times. To enjoy the stunning safari, the player needs to start playing right now.

This is due to the lack of mandatory registration and additional downloads. In addition, the online game is available in a demo version, during which the player will not have an opportunity to win real money.