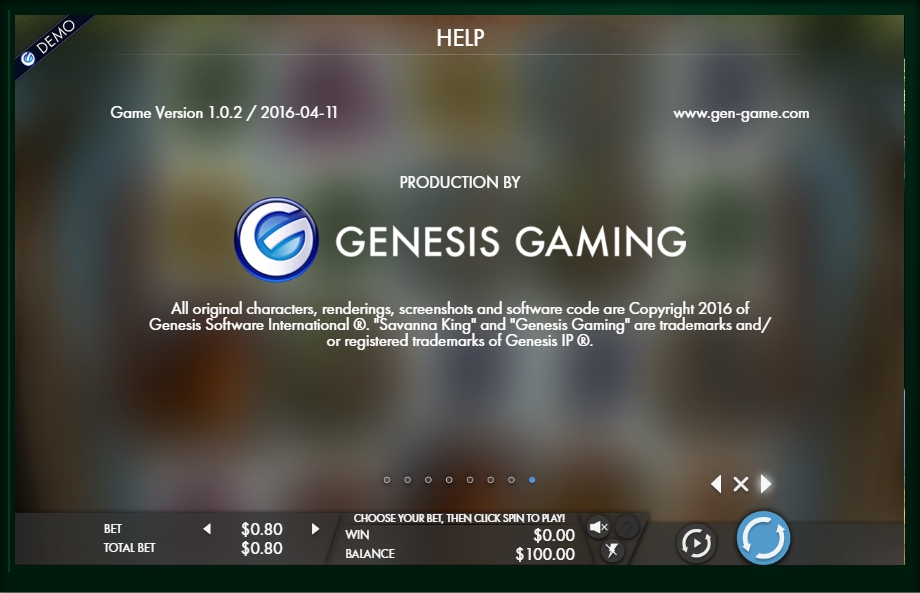 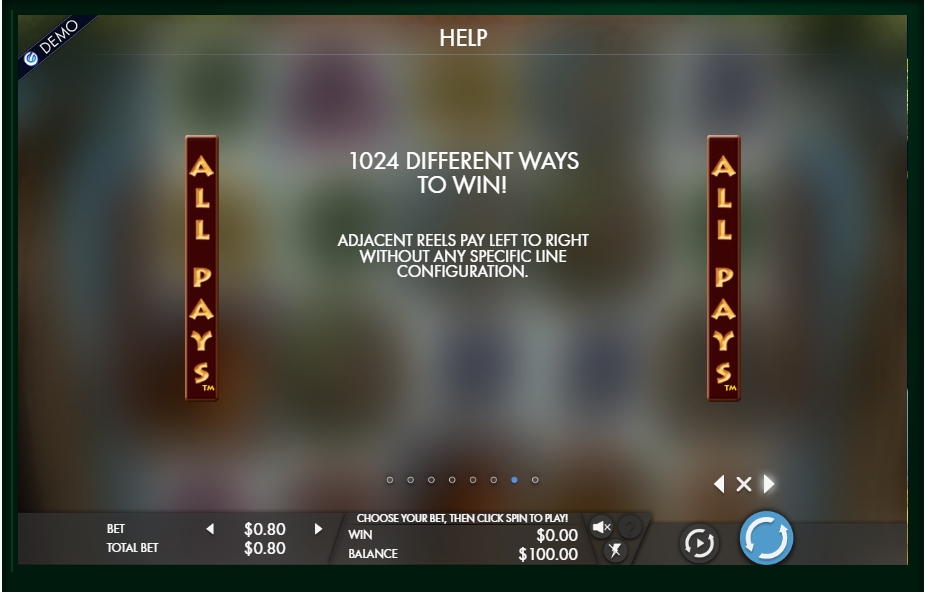 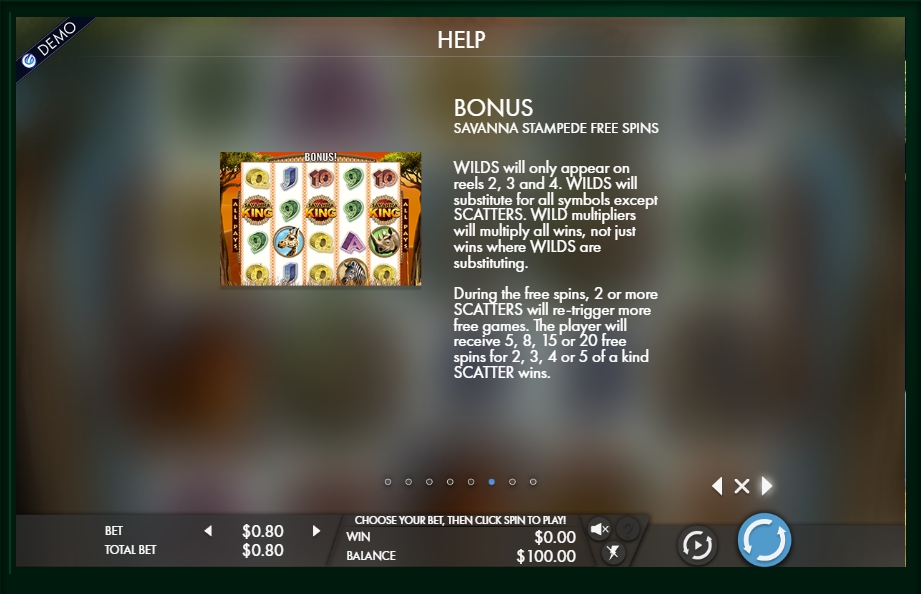 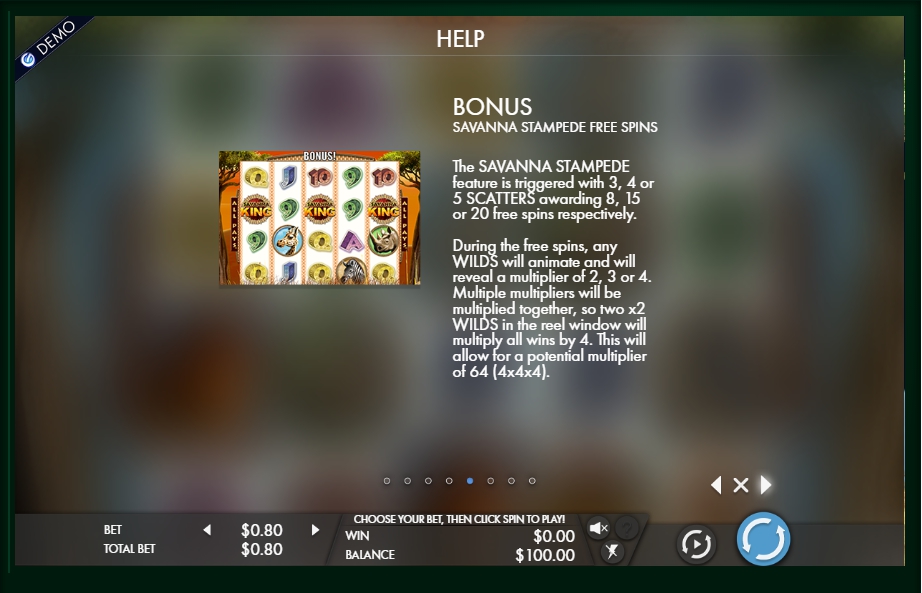 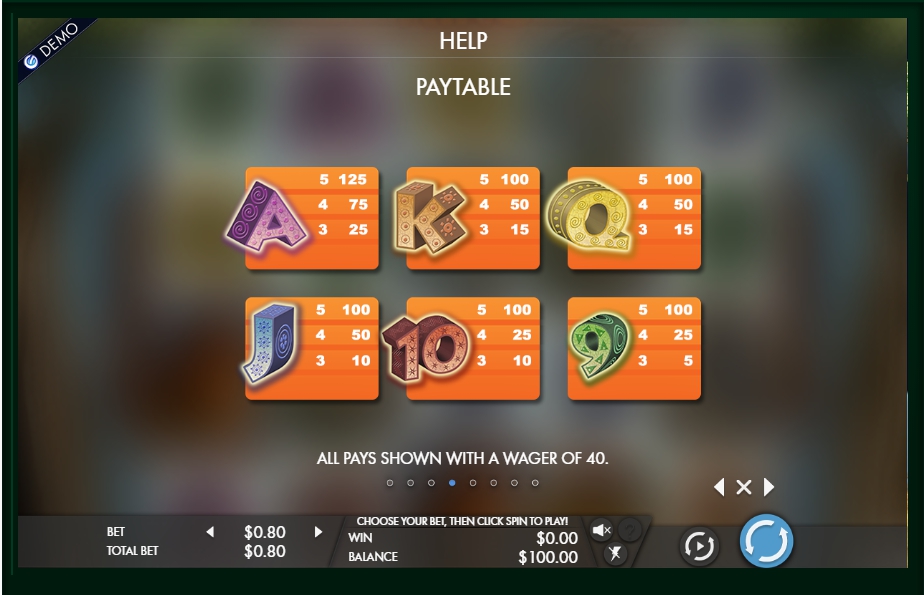 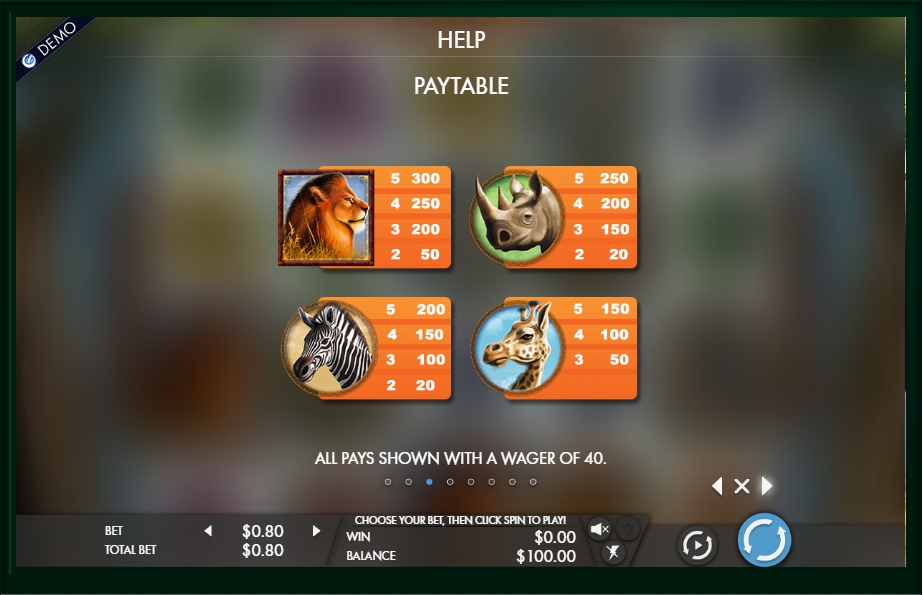 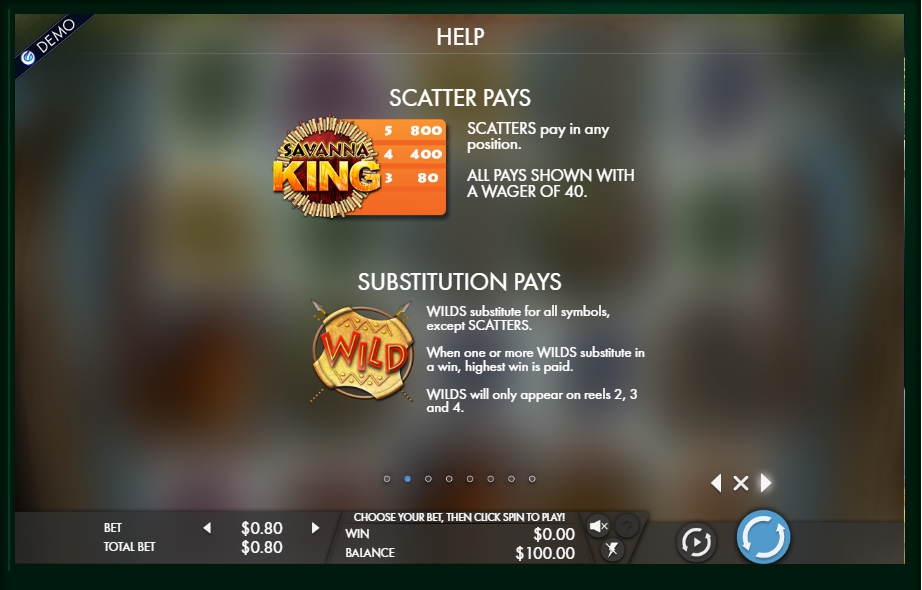 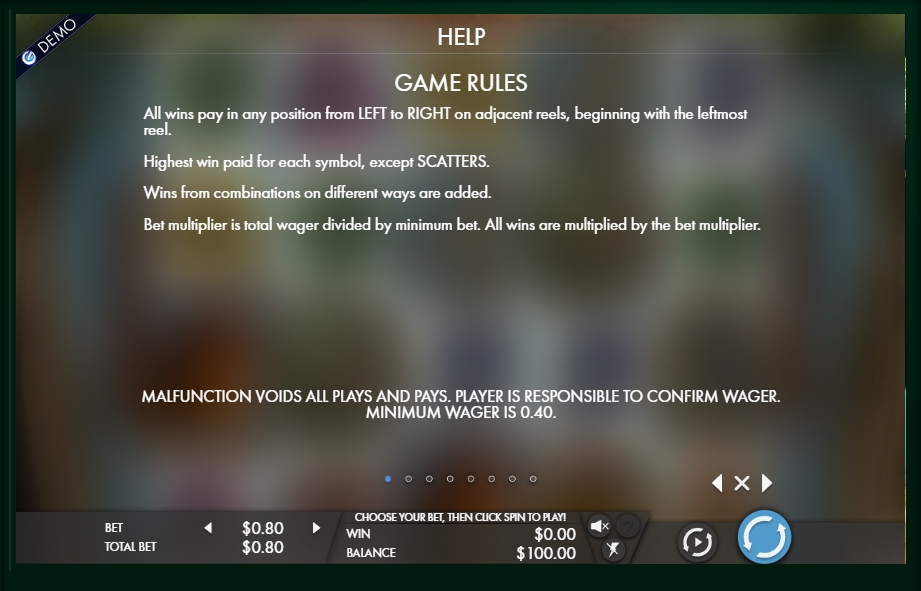 Savanna King is another five-reel gaming machine inspired by Africa and its fauna, this time from Genesis Gaming. A colorful slot with interesting gameplay will delight not only beginners from the world of excitement but also the sophisticated players. To play Savanna King for real money, you must register in one of the proven virtual casinos of Genesis Gaming. And if you just want to have a great time, you can play this slot in an unlimited free time mode right on our website.

Description of the Savanna King slot

The game screen of the Savanna King casino game is made in pleasant warm colors. Against the background of the savannah and baobab trees, the game drums were placed. Golden, but still unobtrusive, are game buttons of the machine, which will allow the player to perform the following actions:

The Savanna King gaming slot is equipped with 5 reels, which can form 1024 possible winning combos, for each of which you can put only one game coin with a denomination from 40 to 80 cents. For high-rollers, there is good news in the form of a jackpot equal to 800 credits with the 96.2% recoil rate.

The game symbols of the Savanna King casino game fully support its theme. In addition to the standard card symbols from 9 to ace, the game features images of lions themselves, as well as traditional African animals – zebra, gazelle, rhino, gnu antelope and many more. Almost every rotation can bring you a win. To activate the line, you need at least 3 identical symbols, starting from the leftmost reel. Also, the standard poker card set, made of African patterns, is also available. Special characters that affect the gameplay in favor of the player in the Savanna King five-reel slot are presented by the Wild and Scatter:

The creators of the Savanna King video slot took care of everything: there are wild symbols, bonus levels, and a good jackpot. The gameplay is simple; the interface is pleasant and unobtrusive. You can immediately try to play Savanna King for real money within any casino with the Genesis Gaming affiliate license, or immediately test your luck in the free demo game version.

Year of the Dog