Everybody loves Christmas! It’s the magical and very special time, when dreams come true and even the most serious people feel themselves like children. Beautiful Christmas trees, shiny glass ornaments, tasty candy canes, colorful lights, and, of course, Christmas presents – all these things bring joy and happiness to heart and soul. No wonder that every year a lot of Christmas-themed games are released. Santa’s Free Spins, produced by Inspired, is one of such games. But contrary to a lot of casual Christmas-themed arcades, this game is an online slot machine, where you can win real money.

So if you want to feel a Christmas mood as well as to get a chance to buy even better presents for your family and friends – you are welcome to play Santa’s Free Spins online, especially given the fact that no downloading and no registration are required to do it. 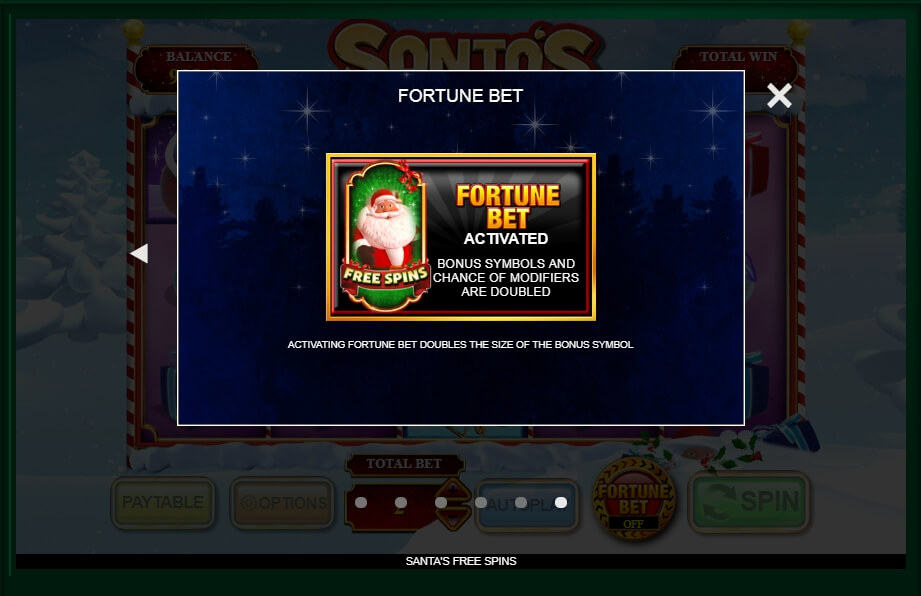 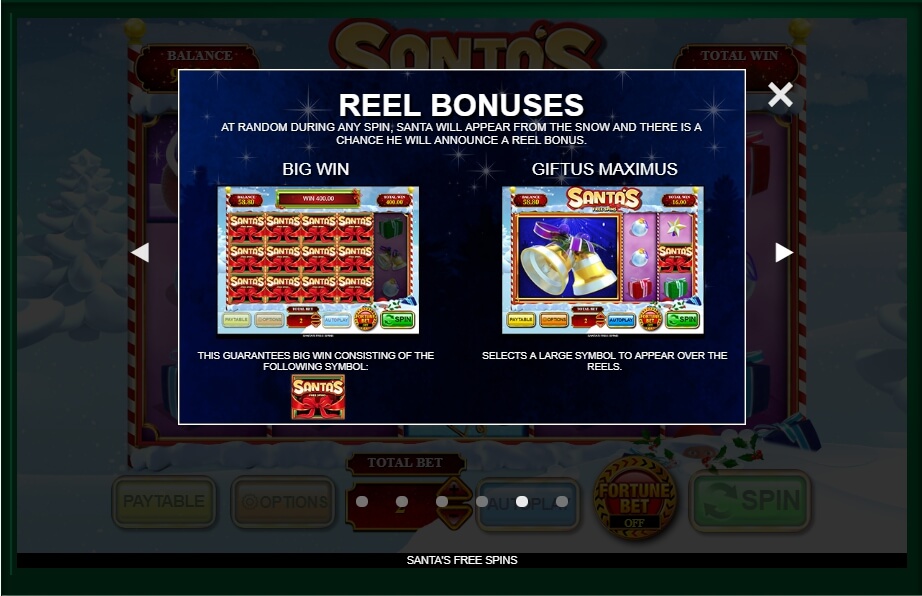 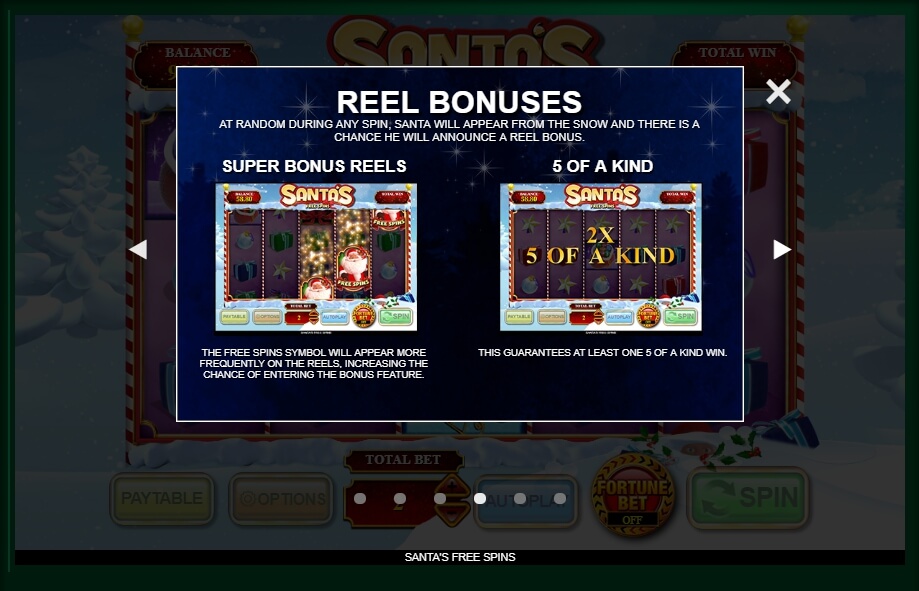 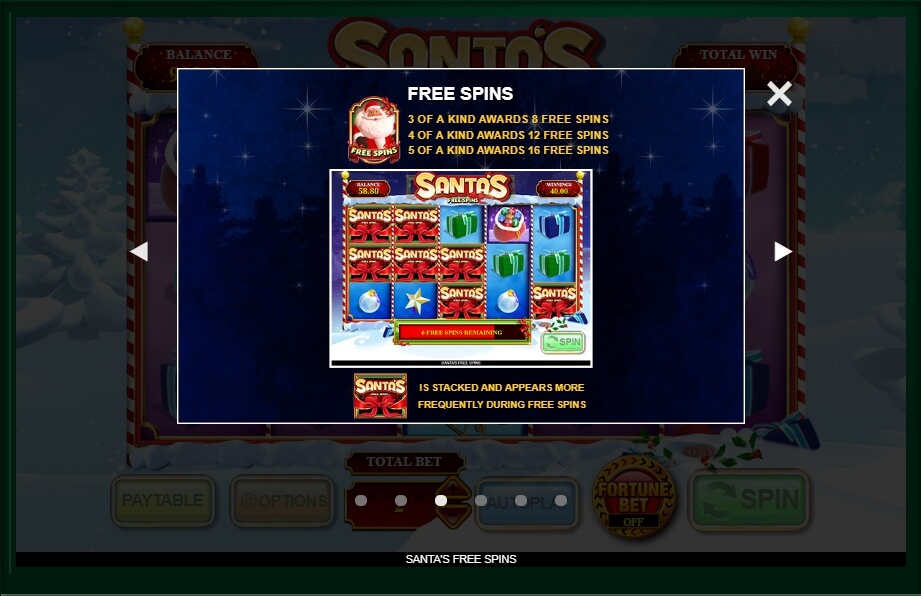 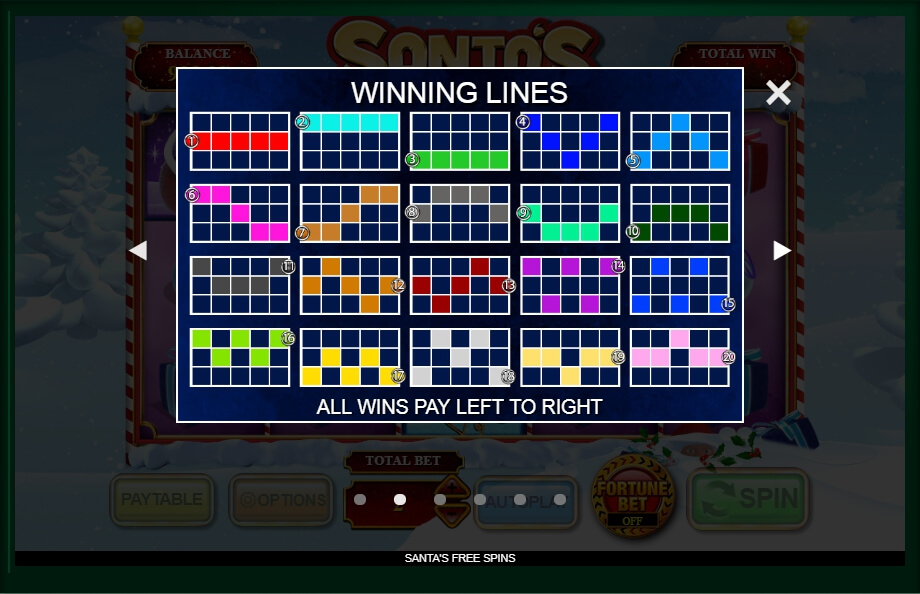 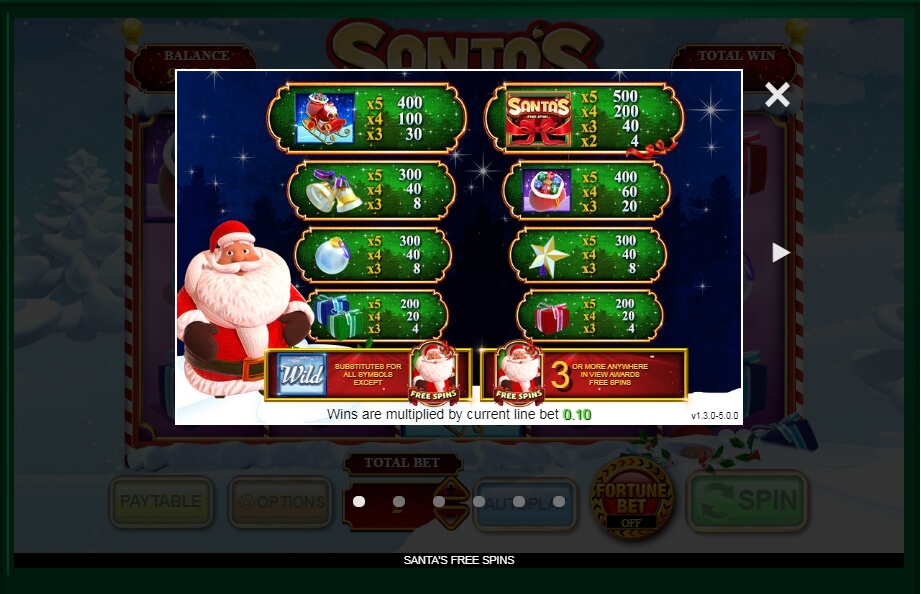 It is a well-known fact that Santa is actually one of the richest fictional characters. No wonder that he can present 250,000 dollars to a lucky jackpot winner. But even those gamblers that could not win the jackpot would still get lots of very pleasant presents from Santa. In order to do so, players will have to spin 5 reels and hope to get a combination of 2 or more symbols on 1 or more of 20 Santa’s Free Spins winning lines.

Being the Christmas-themed slot machine game, Santa’s Free Spins feature various presents, Christmas decorations and a Santa’s sleigh as game symbols. The Santa’s picture serves as a wild symbol in any combination, and simultaneous presence of 3 or more Santas on paylines awards the player with up to 16 bonus rounds. Santa’s Free Spins also features the autoplay option, where the player can set the number of cycles and win or loss limits.

This game is played on the field, filled with beautifully drawn snow that doesn’t distract from playing and serves as the perfect game background. The game animation is smooth and of high quality, especially when Santa comes out of his hiding to announce various bonuses. And if you want to gamble faster, you can always turn on the Turbo mode in game options that increases the speed of game animations.

Speaking of bonuses, above-mentioned free spins are not the only one of them. There is a variety of other features, and the Fortune bet button is the most interesting of them. Turning this button on will increase your bet by 50 percent, but instead it increases the height of the Santa symbol twice (so it counts in more paylines) and also doubles the chances of random special bonuses.

Those bonuses include:
5 of the kind, when any 5 similar symbols will be rewarded despite their game field position.
Big Win, when the game awards Big Win to the player right after the reel stops.
Giftus Maximus that creates a large 3×3 symbol on the game field, counted on several paylines.
Super Bonus Reels, a bonus that increases a chance for appearance of bonus symbols.