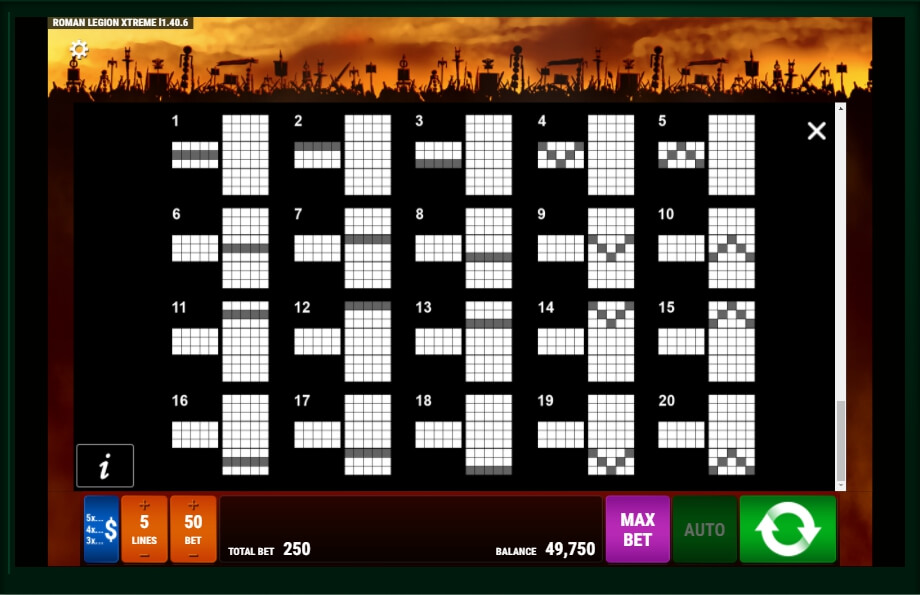 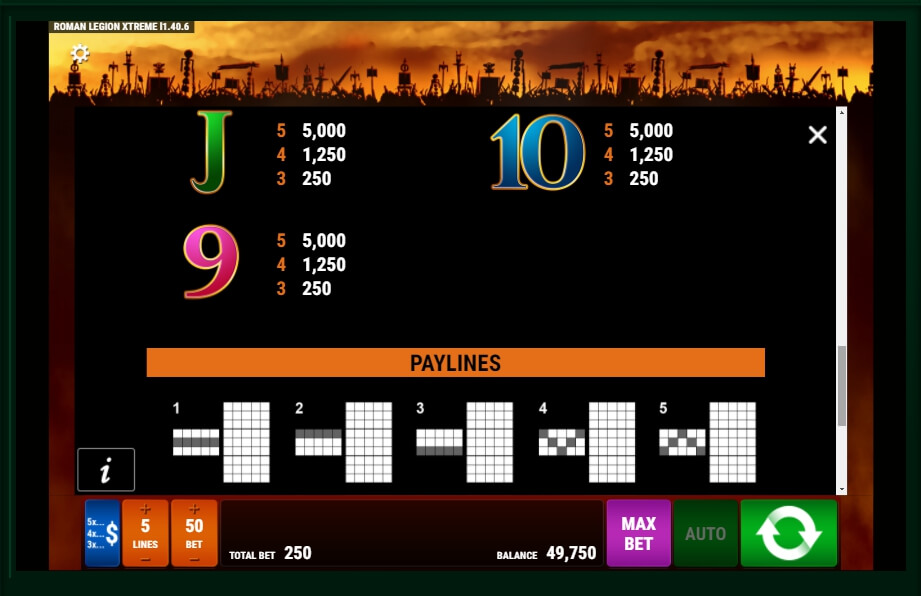 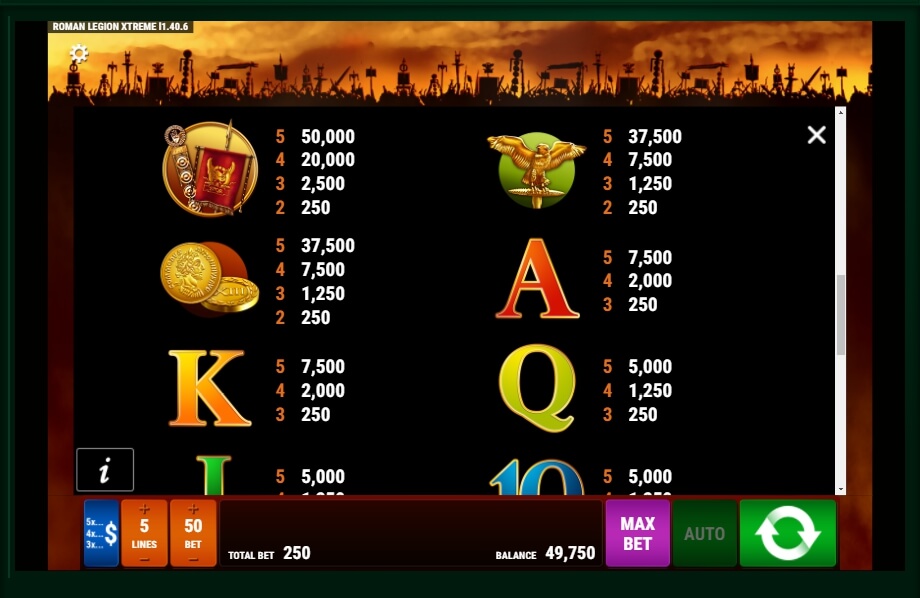 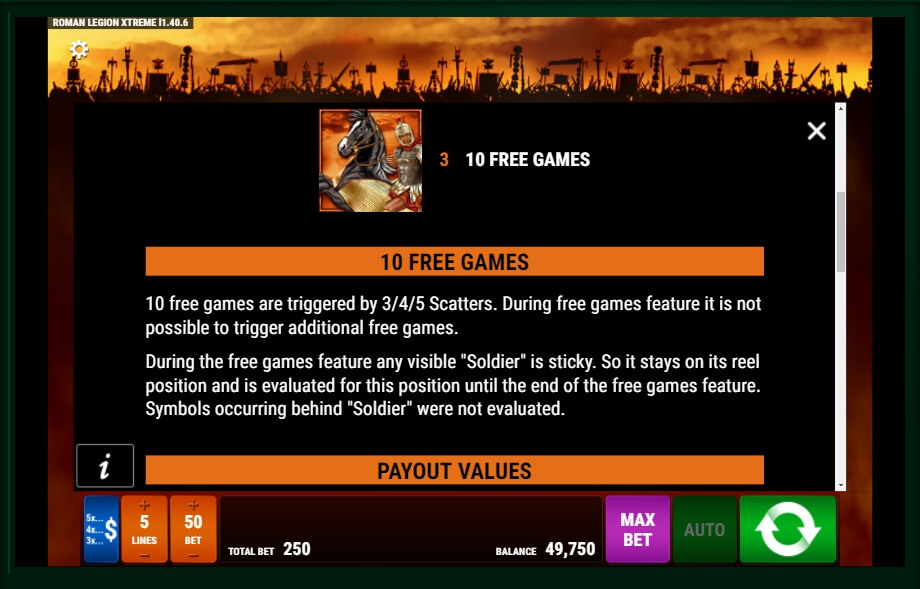 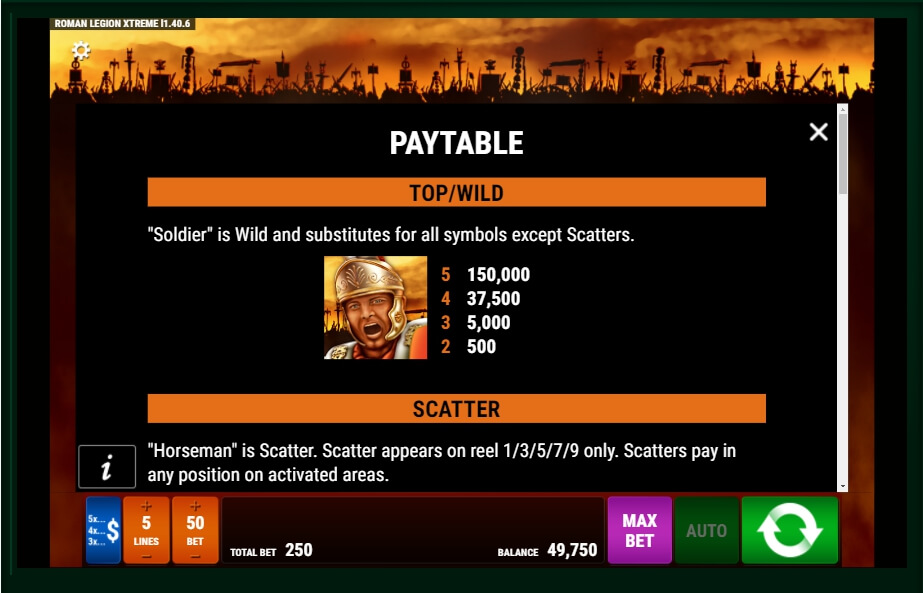 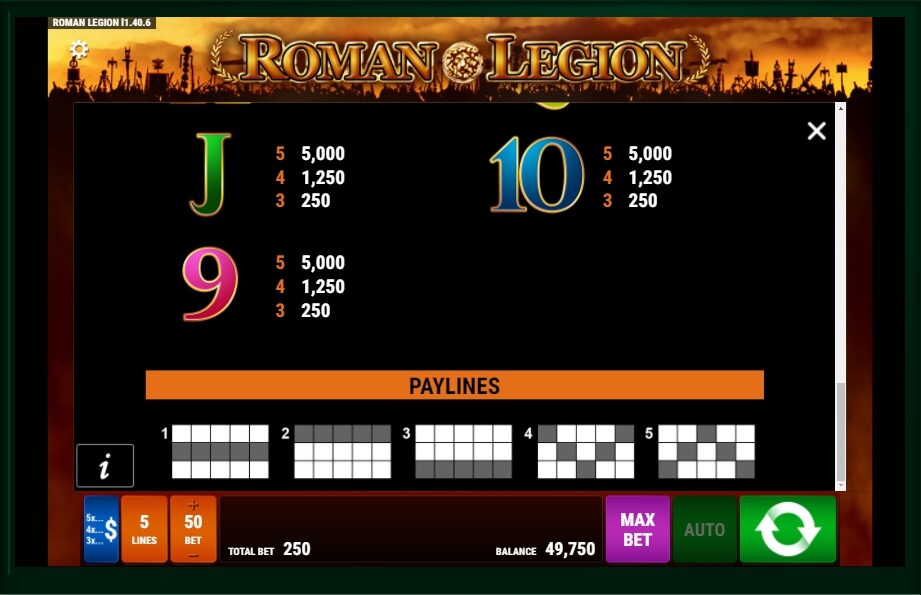 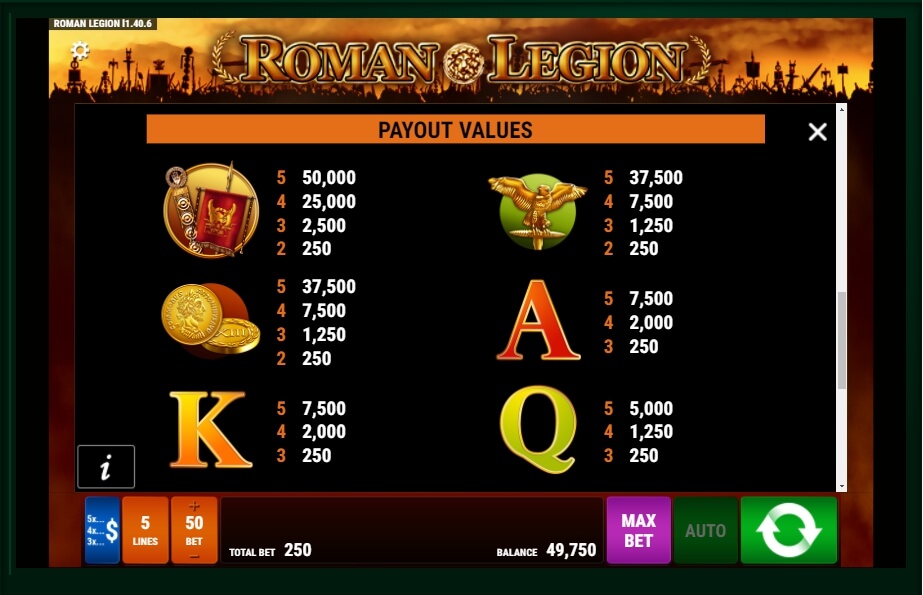 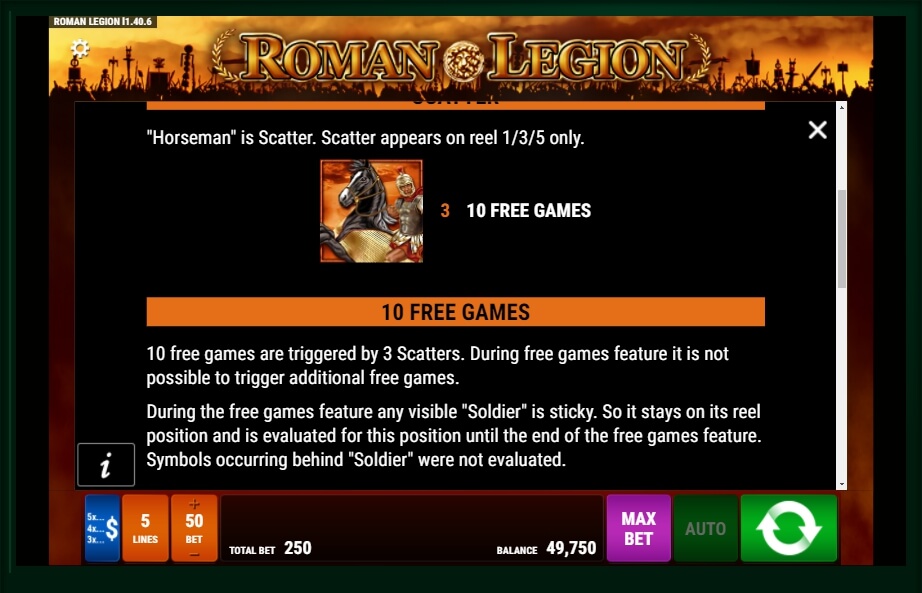 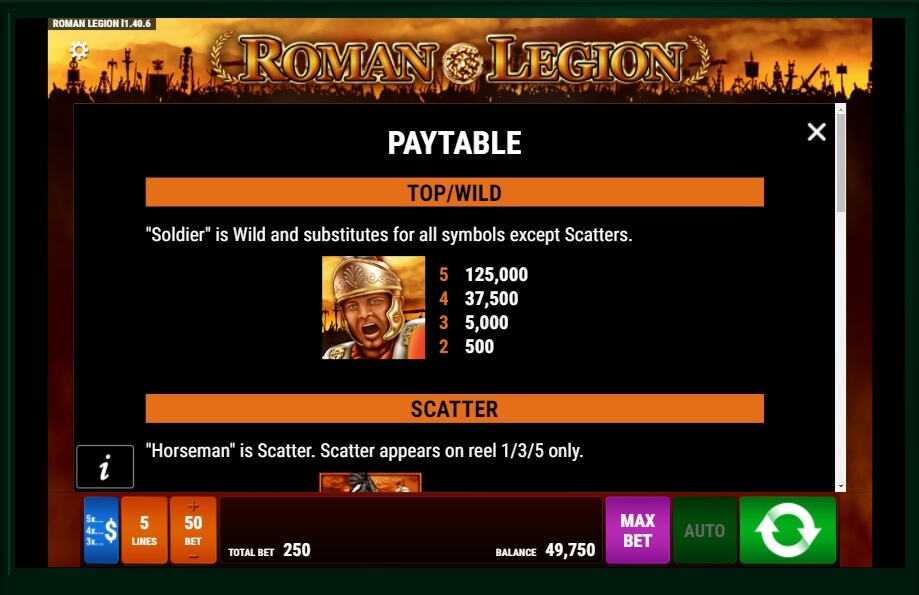 After many years, the Roman Empire left a lot of attractions and historical attributes. Therefore, this topic is very popular among developers. Not long ago, the Bally Wulff corporation created an amazing model called Roman Legion Xtreme. The slot will prompt users to go to a virtual battlefield along with the main characters. This game will be able to intrigue customers from the first minute. So do not waste time.

A harsh topic is supported by a realistic graphics design that helps to feel the atmosphere of a distant era. The slot machine’s style is made in full resemblance to the main story. After the slot game is launched, the client will see the high-quality graphics that are supplemented with music. Considering the color gamut, it represents no bright colors for the user to be ready to a serious gameplay.

The emulator has a classic structure. At the top of the game window, you will find the game’s name. From above we can see the mighty army of the Roman Empire. This army needs a brave leader who does not fear anything. Maybe is it you? The central part of the screen is occupied by two playing fields with 5 reels and 20 paylines.

In the game, standard settings are available, allowing you to select a language, and adjust the volume. The interface of the slot is very convenient and simple. This slot machine will provide an exciting gameplay that can attract the attention of players for a long time and bring them the maximum pleasure. Game users have to start by setting the parameters of the initial rate (from 0.01 to 2 credits).

To do this, use the BET function and the additional “+/-” controls. Next to it, you can see the LINES button that sets the number of active lines per round. To start the round at the maximum values ​​the user needs to press the MAX BET button.

In addition, you can use one of two functions for starting rotations (automatic and manual). With the help of information fields, the user can control the game process. Do not forget to visit the theoretical section and study the table of payments. The rules and the structure of the lines are described here.

A legionnaire performs wild functions and is a very useful icon. This element can create combos on its own and also replace simple images. A rider will need you to run free spins. Scatter can appear on both reels. During the round of free spins, the bet is made by the online casino. Also, you cannot change the number of active lines and a bet. All jokers hide in the cells until the end of a mini-game.

However, this is not all features of the slot machine. After a successful rotation, the user can take lessons in a risk-game that has two options:

– Stairs. Here the user moves along the conventional steps, doubling payments.
– In the second case, the participant only needs to guess the color of the inverted card in order to double the prize twice.

Other Games by Bally Wulff