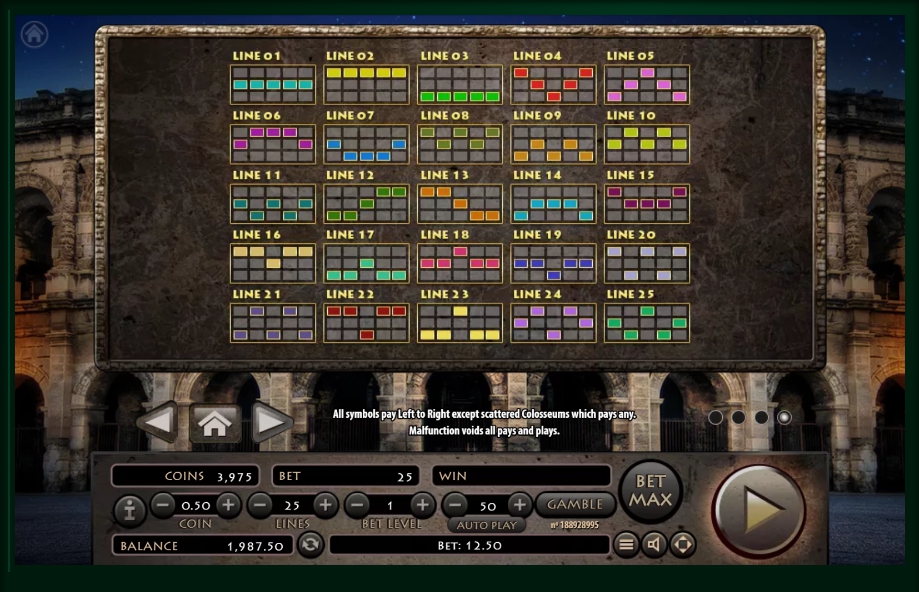 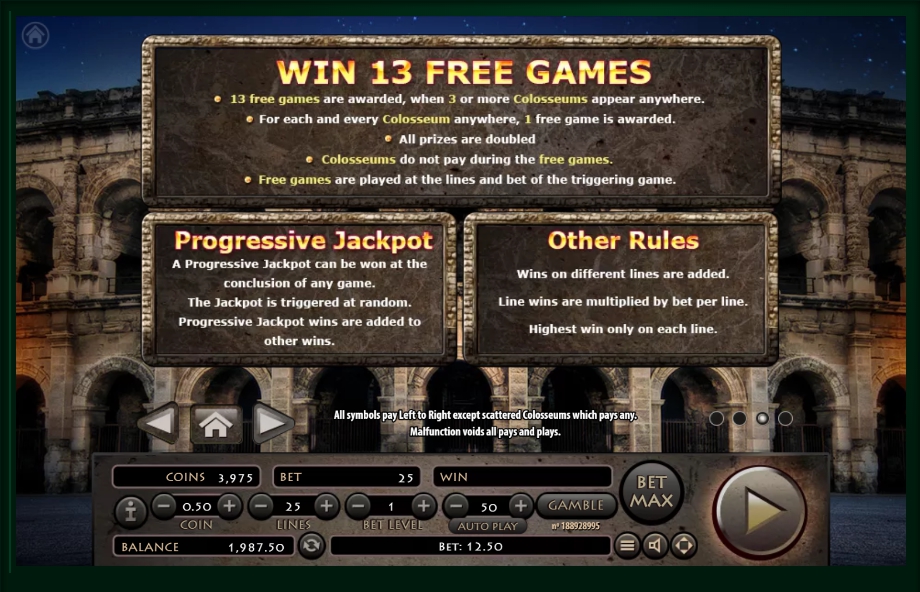 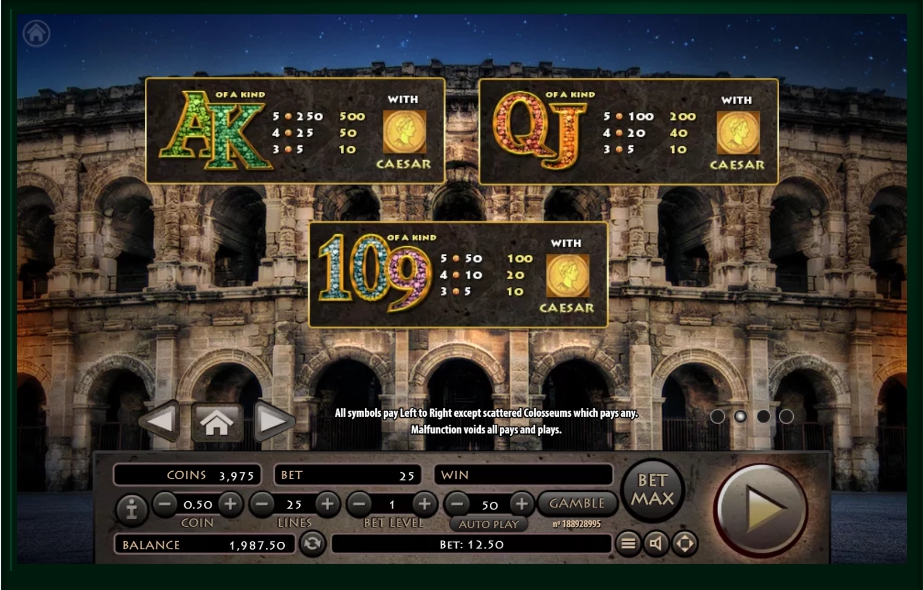 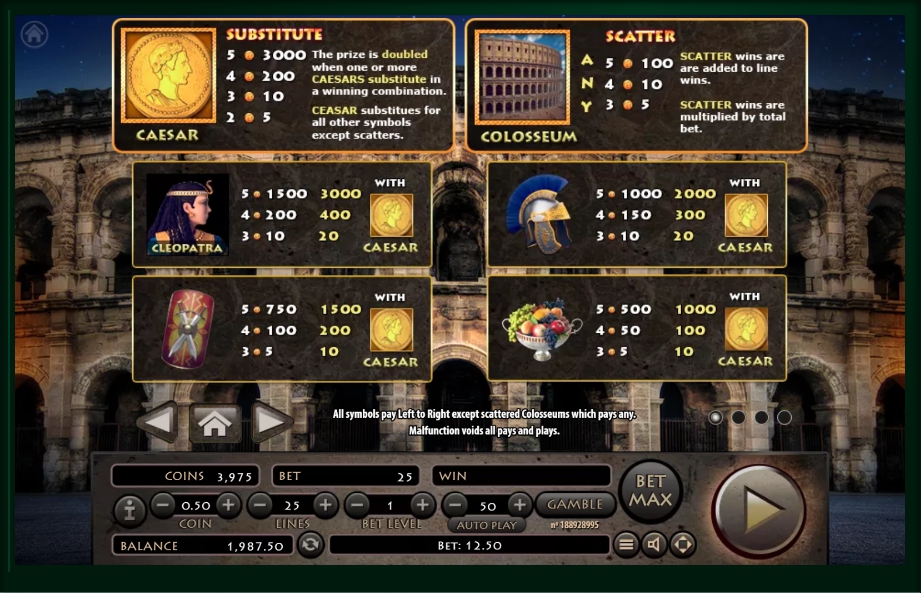 The Roman Empire was able to flourish and conquer half of Europe. Developers from Habanero, inspired by the history of ancient Rome, created the eponymous slot Roman Empire, which invites you to get to know the state of commanders and strategists closer. Play Roman Empire in a demo mode on our website. Thanks to a holistic design and the abundance of bonuses, you definitely will not be disappointed!

Against the background of the Coliseum, the game reels surrounded by a frame of traditional Roman ornaments are placed. The game logo is placed in the upper left corner. The game panel is normally located at the bottom of the screen and allows the player to control the slot using the following keys:

The Roman Empire casino game has 5 reels and as many as 25 possible combo symbols. The wager in the game is varying from 1 to 10 coins per line and the betting range will please both high rollers and beginners since the denominations of coins vary from 1 to 20 cents per each payline.

On the reels of the Roman Empire video slot, there are game symbols, most accurately reflecting the heyday of the state: here you will see a traditional Roman helmet with a plume, a gladius, an amphora with wine. But the main symbols of the game are card symbols from ten to Ace, stylized as if they were written in Trajan font. In the role of special symbols, there are Wild and Scatter. Their features should be considered in more detail:

The Roman Empire casino slot is quite a colorful and very interesting game with all the most common functions, a bright design, and a convenient control panel. The huge number of winning combinations that are formed almost every time the reels rotate, pleasant opportunities to increase your capital with the help of special symbols and a generous jackpot are all components of an excellent slot machine that can diversify your leisure time.