You can not play this game for free
For free slots game go
Play free
or
(17 votes)
Game Played: 2
Full screen: close 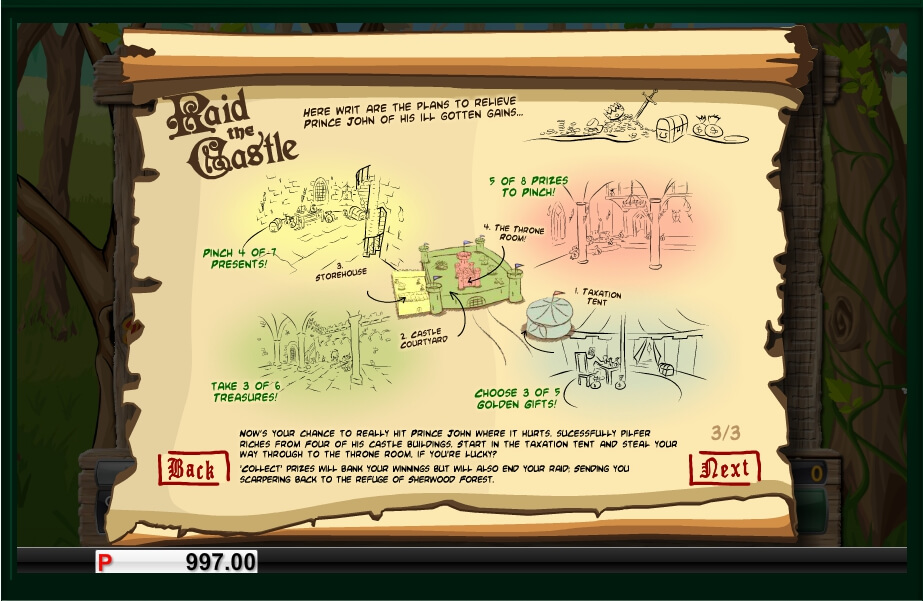 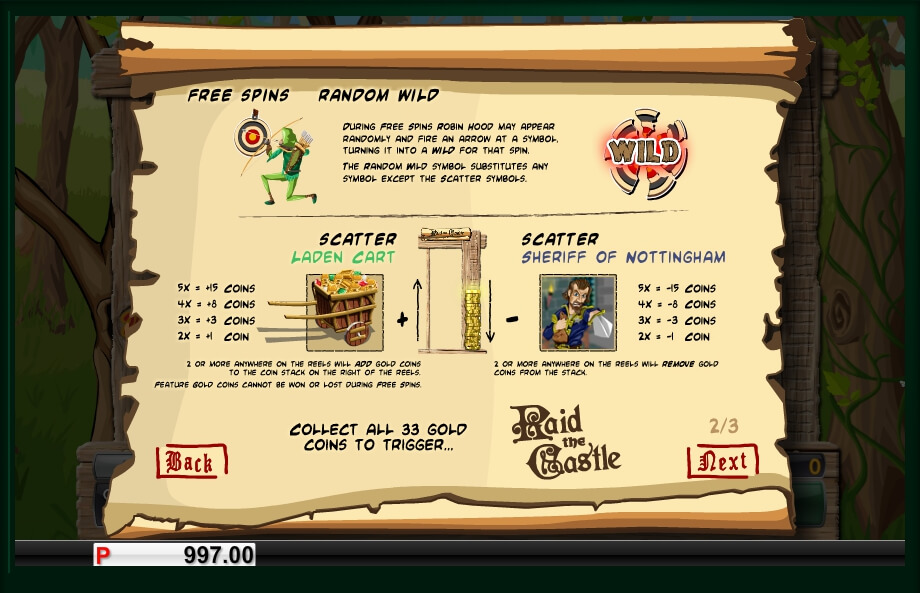 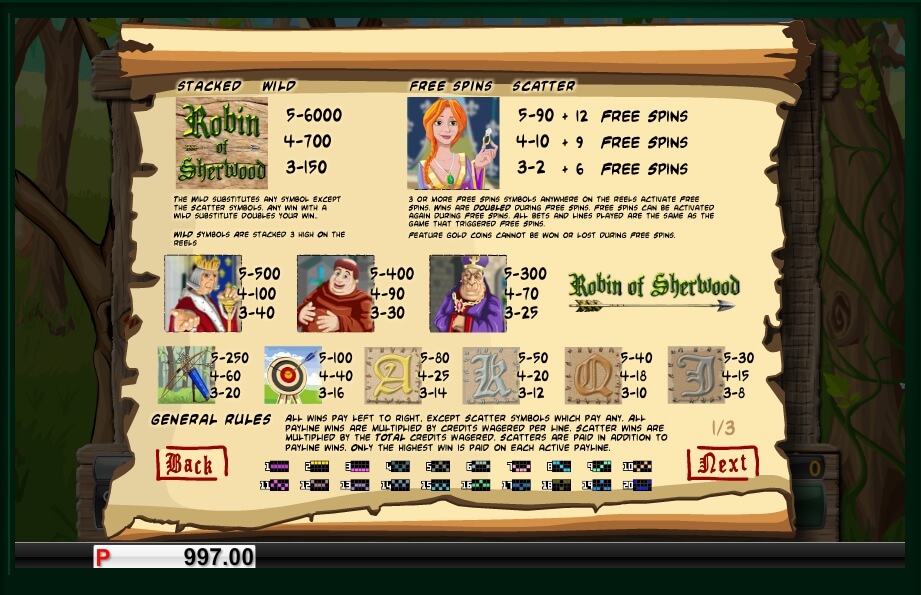 Welcome to the story you know for sure. This is a story about one guy who was a usually farmer, but wanted to fight against a social inequality and give people the same rights. That is why he began to rob rich people and give their money to the poor people. How many heroes of the future times were trying to behave themselves as Robin Hood! It is hard to count. But still, Robin as the only one who succeed in being both a robber and a hero. Nobody knows what destine was waiting for Robin in his future life.

However, people still read tales about this guy. Genii decoded to make a video slot game on this theme and give players a chance not just to read a Robin Hood’s story but to participate in writing it. Put yourself on the place of judge and spin reels, making decisions who is wrong and who is right in this video slot game.

Players will be able to bet from 1 to 20 coins per one winning combination. There is a chance to regulate the bet manually, pressing the “plus” and “minus” buttons that can be found on the bottom of the screen. The minimal bet is only one cent per one line. The maximal bet can be 25 dollars per one spin of reels! It means there are complicated betting system in the game, as players will be able to see only 20 paylines, in total!

To check out placement of lines in the video slot machine, players have to press the“Info” button. After that, they will see bright and colorful lines, laying on the screen on the video slot machine. Just choose lines you consider being profitable ones and play only on them. There is no need at all to play on all 20 winning combinations and waste more money than you have planned!

Just choose the amount you want to and start another gambling session. As minimal there should be one winning combination activated in the game. To regulate the amount of lines, the player have to press the “plus” and “minus” buttons as well.

Spin the reels one by one and you will be able to win real money with no odd moves. The Wild symbol will help you to do that, as well as 12 free spins and a scatter playing icon! The Wild one is a logo of the game itself. It can be found on any reel and instantly replace all other playing symbols with those that are needed to get a winning combination.

The Scatter symbol can be found on any reel as well. Three scatters can activate 12 free spins to give the player a chance playing with no additional bet. There is no bonus round in the game. However, the scatter symbol can make extra super easy and pleasant to play. Just collect scatter symbols in the game and get not only chance to spin the reels for free, but also the multiplier that can boost cash quickly!