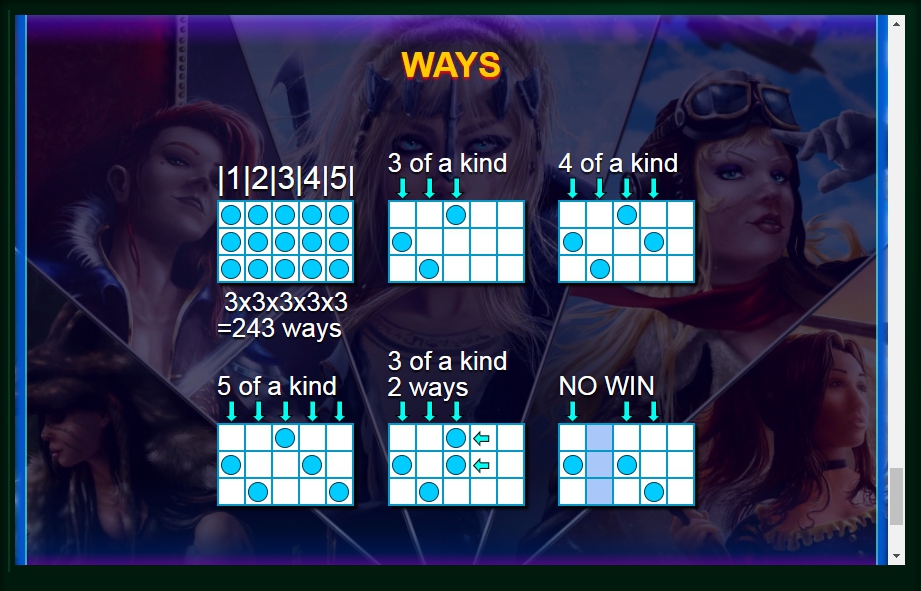 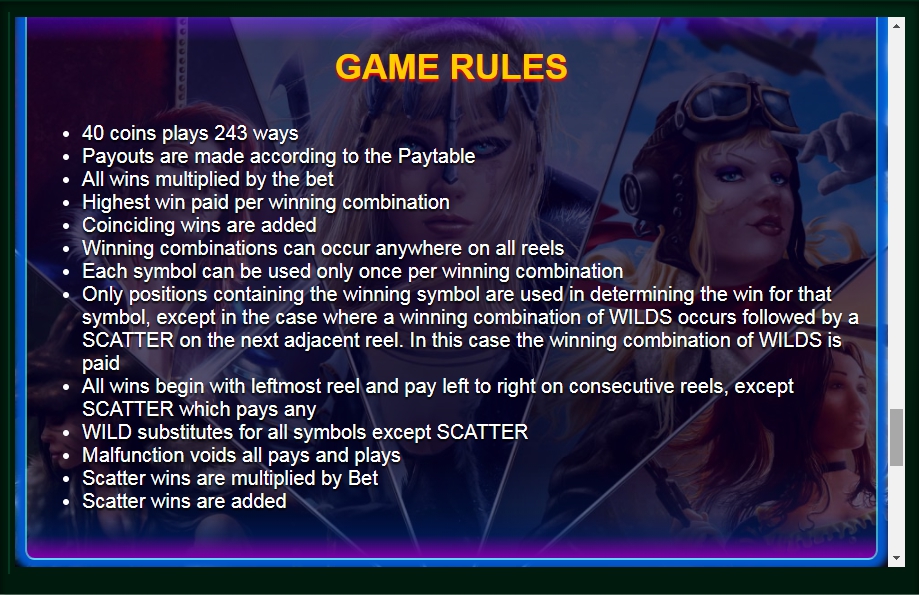 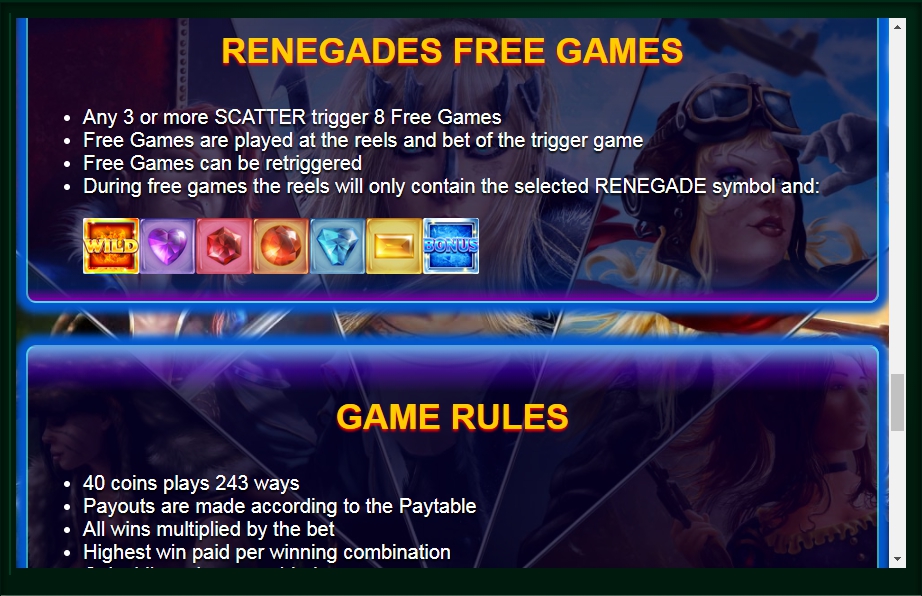 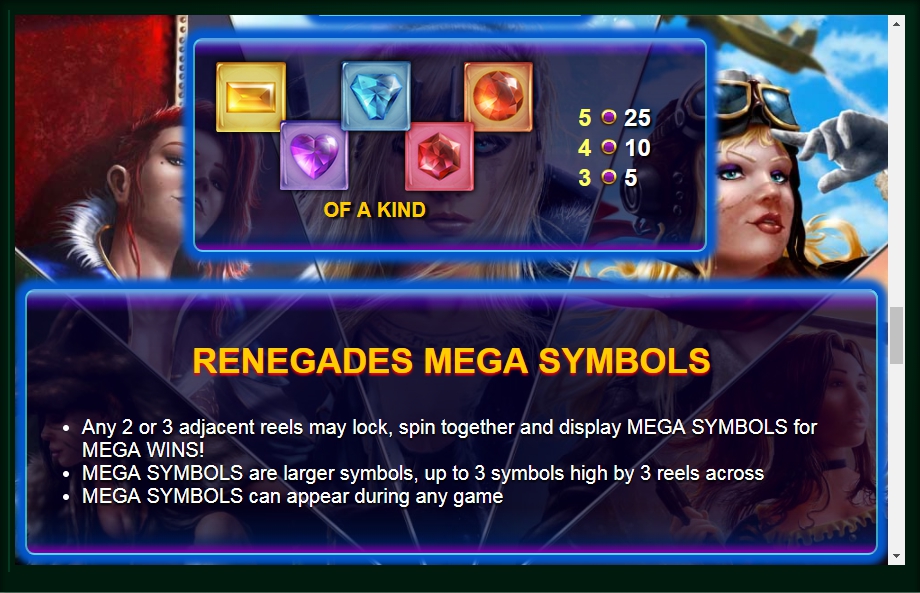 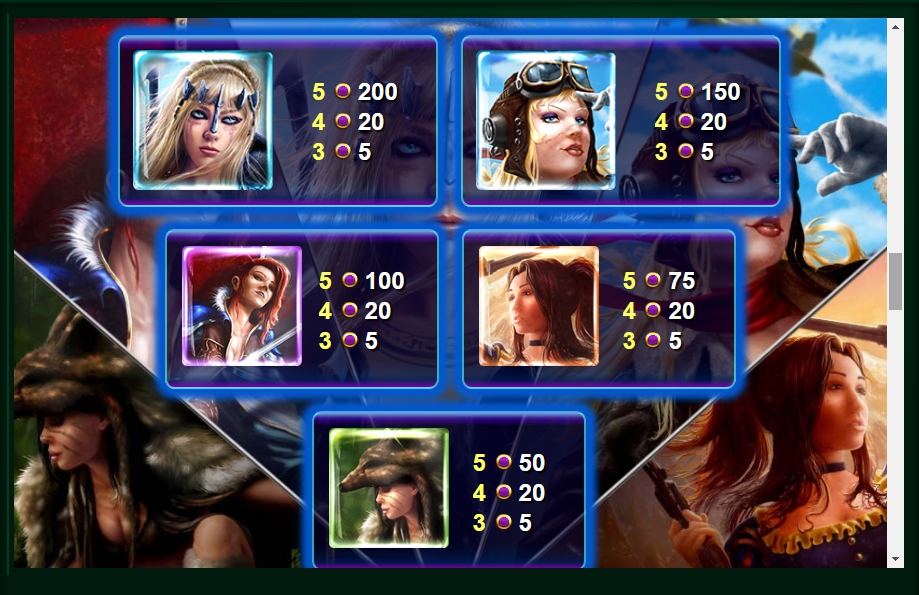 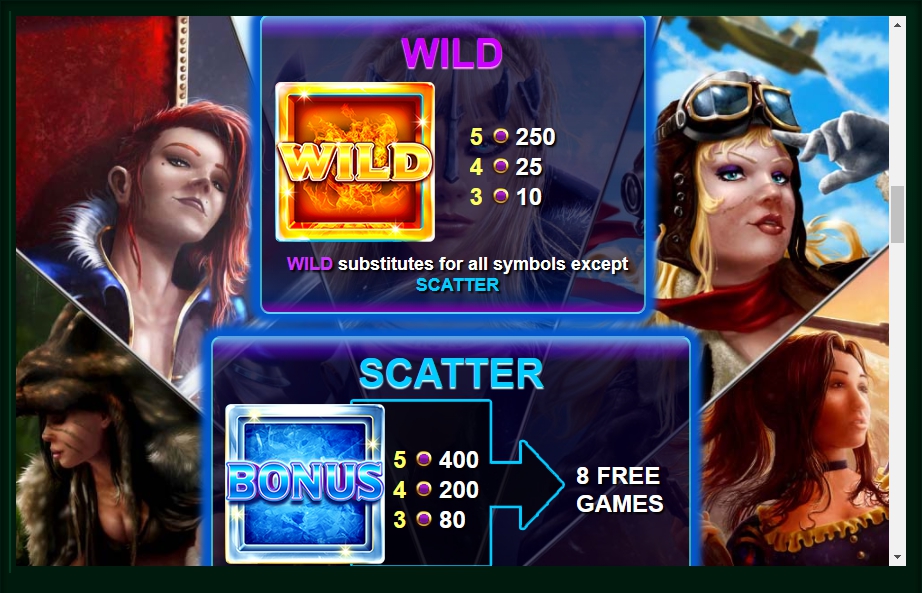 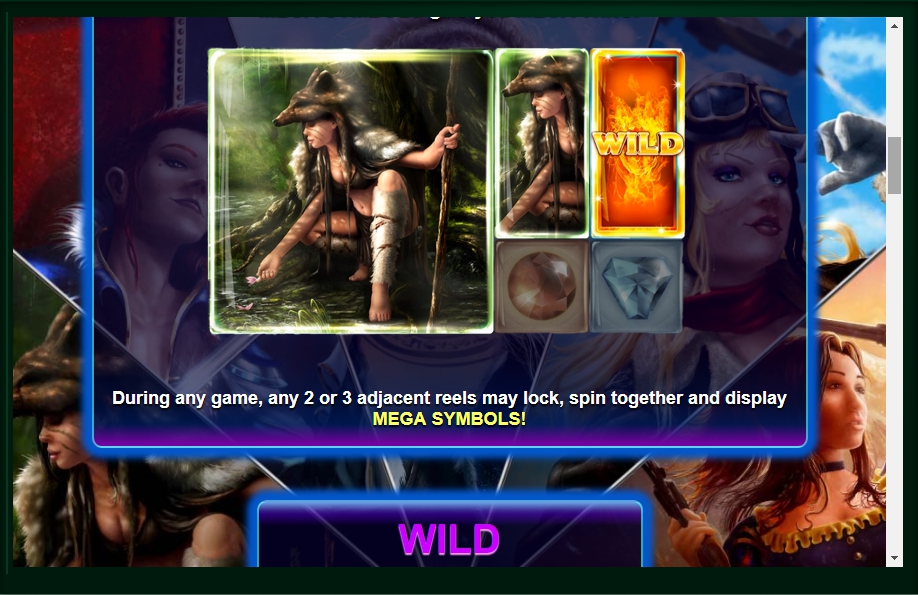 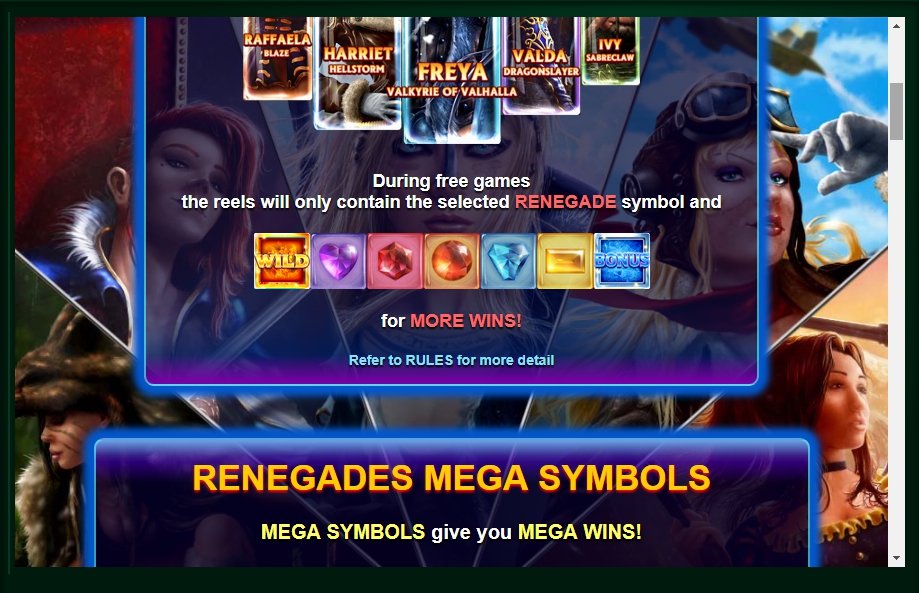 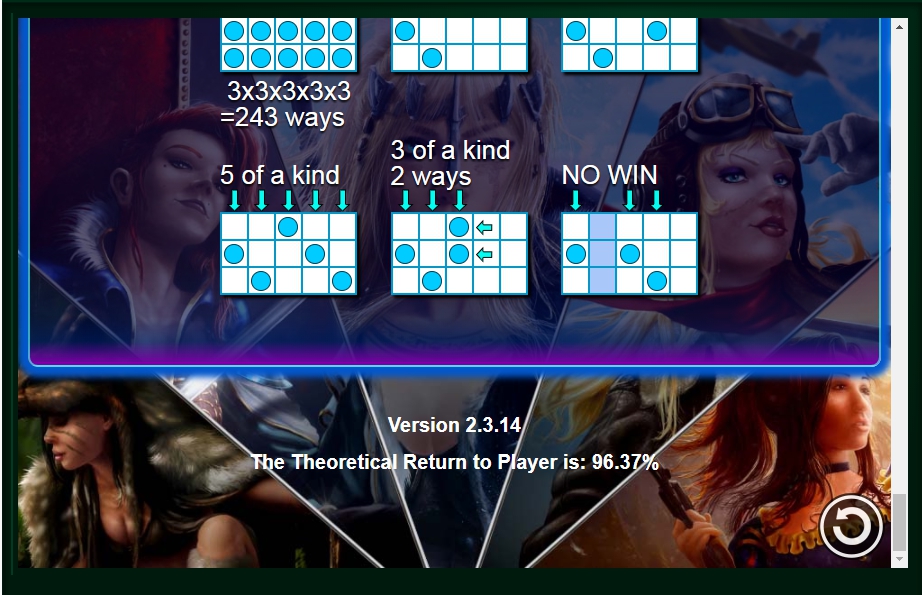 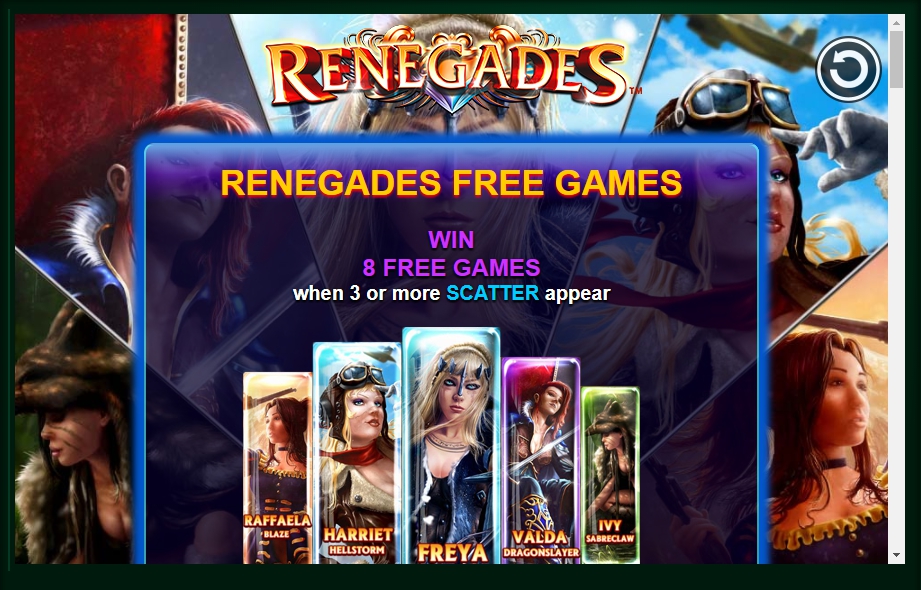 Vendors of gambling software try to surprise the hazardous audience, realizing the most various plots. Even more often they address such literary genre as fantasy. Moving improbable images to the playground and developing the subject line in other direction, vendors receive original model that steadily has success. Similar experiments are made by the NextGen company which managed to surprise once again with the new virtual slot.

The Renegades Slot will transfer to another dimension where the ability to survive is the main factor. At the center of a plot are 5 girls from the different worlds, inexplicably come to be in one place. Everyone has extraordinary abilities that distinguish them from others.

It became a basic reason of hostility of the people around aiming to correct them and if that does not turn out then to kill. But by the higher forces to them other fate was prepared. Having joined a command of brave warriors, the participant not only will help with their hard business, but also at the same time will earn solid reward in real money.

The qualitative graphics in the game machine Renegades allows feeling the saturated atmosphere of events. The mountain landscape serves as the main background in this slot. Fog and puffs shrouded snow-covered rocks. Revitalize the general picture and colorful subject characters give hope for a victory. In their quality use portraits of main characters are Frey, Garriyet, Valda, Raffaela, Ivi, and the multicolored stones replacing customary card signs. Animation effects and professional musical filling make the positive impression about the online game.

The game slot of Renegades will be pleasant not only by subject, but also good results. In its structure are 5 reels. Creation of advantageous combinations takes place by 243 methods. With such parameters each rotation will be prize-winning. Unique lines of a model are its subject characters. They fall out not only on the singleton, but also can take directly several positions on the 2nd or 3rd adjacent reels.

Such signs are called Mega Symbols. The images which took 2 or 4 positions by all means create an advantageous position on the screen. According to rules of the video game, rewards rely on prize-winning combinations. Under these frames the combinations consisting of 3, 4 and 5 identical characters which are settling down from left to right resemble.

The more signs, the payment is larger. As the round on doubling is not provided in the game machine Renegades, the scoring transfers directly to balance.

Special characters and free spins belong to bonus opportunities of the video slot. It is easy to distinguish the wild sign on reels. It is WILD text against the background of a flame. It creates highly paid combinations and also replaces missing components. The second important character is the scatter – BONUS.

It falls out on different line items of a game field and brings awards. At the same time the speckled character serves as a key to a bonus round of spins. To open it, it is necessary to collect at least 3 BONUS signs. A prize-winning tour consists of 8 free rotations and has the features.

All signs with gemstones and only 1 character from Renegades set will take part in the formation of advantageous combinations. It is defined randomly. Free spins are prolonged if the necessary quantity of scatters falls out.

Sale of the Century