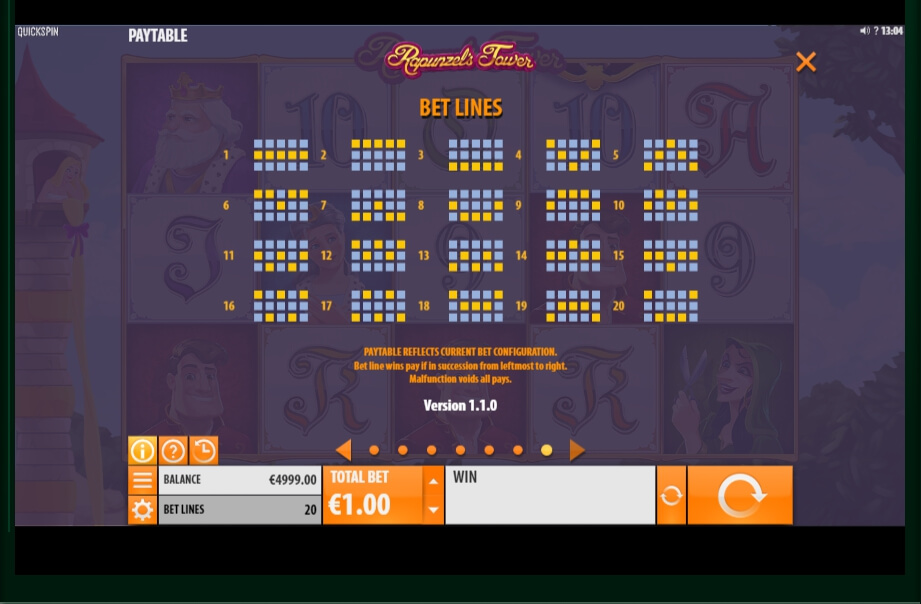 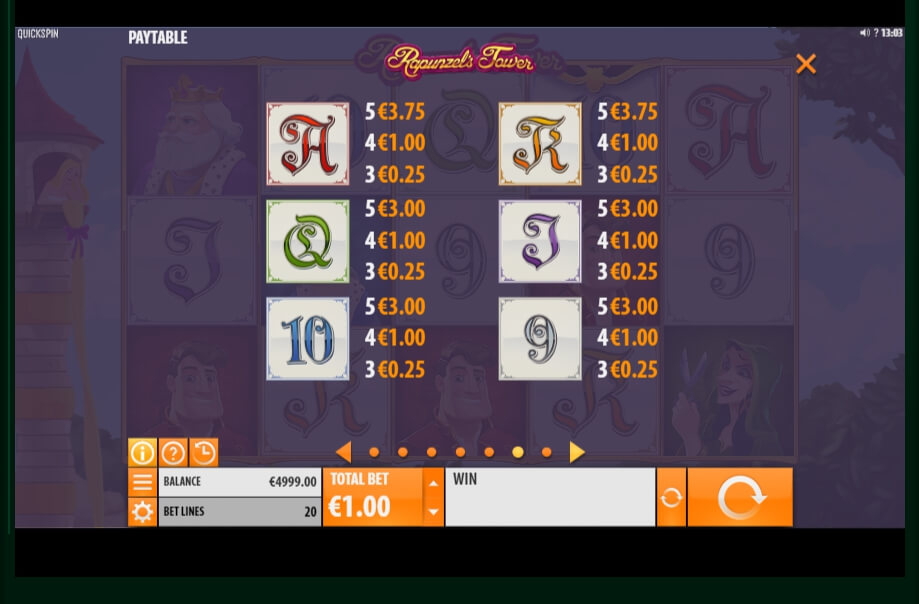 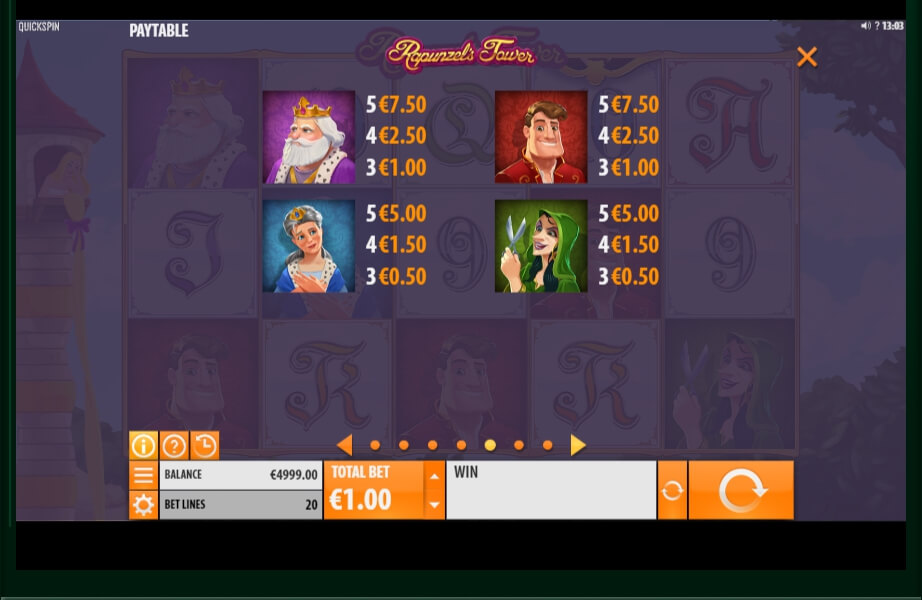 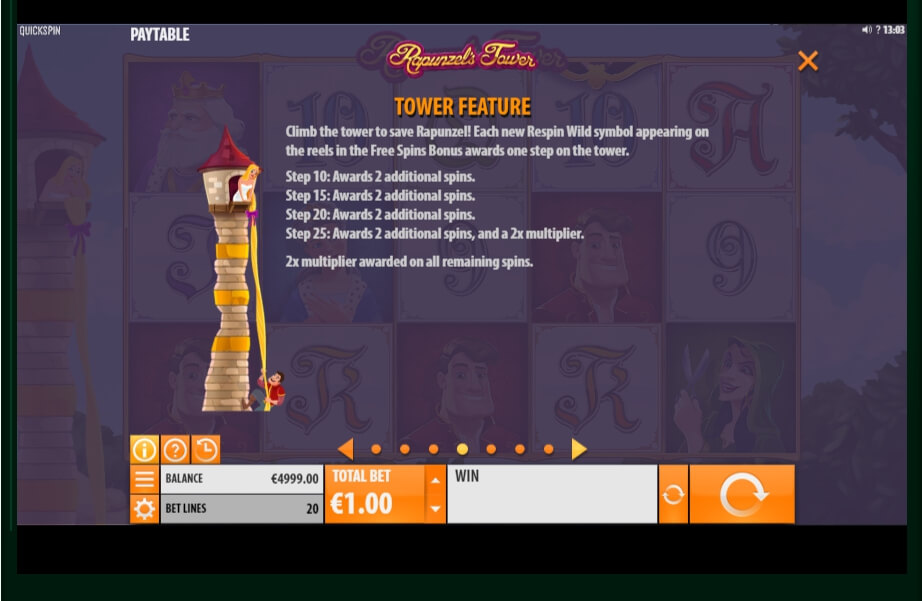 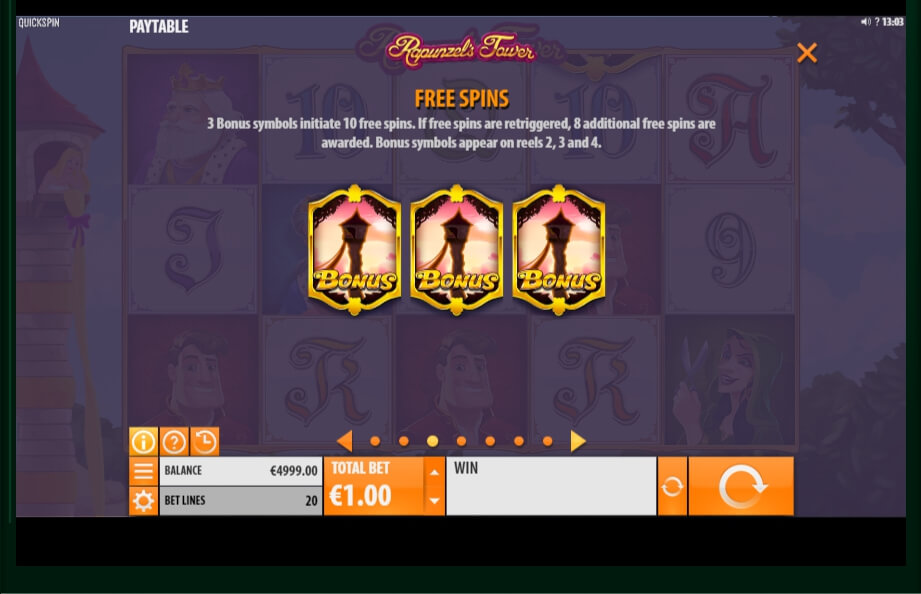 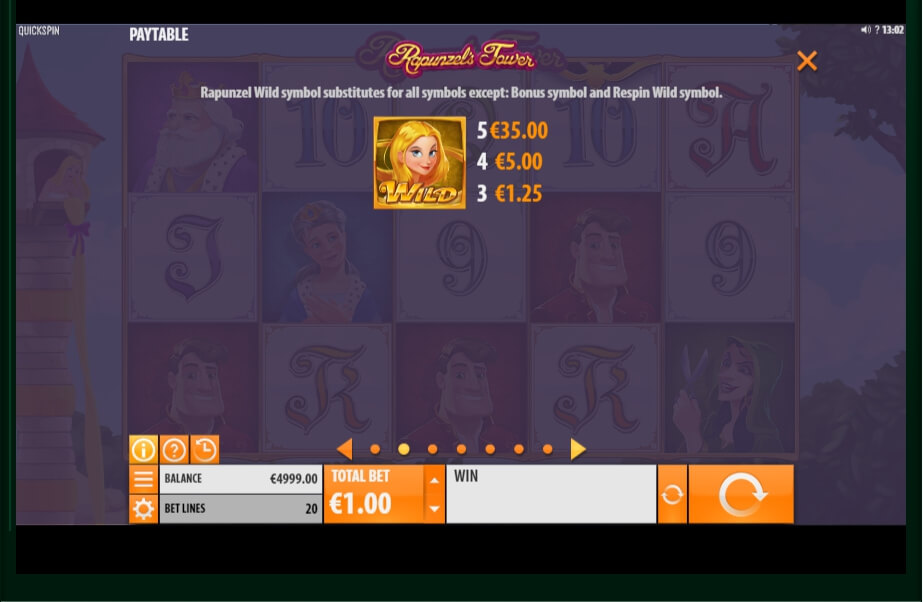 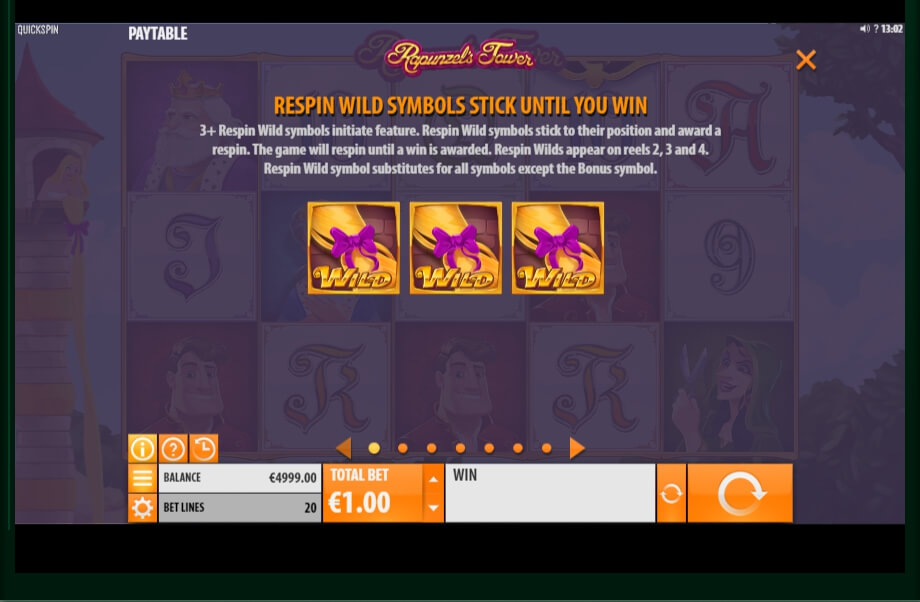 German collectors of fairy tales the brothers Grimm told the story of a girl who was named after the plant. Later, the Disney studio transferred this story to a bright and funny cartoon. The plot is known to everyone: the father of Rapunzel, caring for his pregnant wife, intended to get her a cherished plant and tried to steal it from a woman. She gave the plant, but instead she took his little daughter. This stunning story is also described in the video slot from the Quickspin platform. The product called Rapunzel’s Tower is a successful development of the corporation.

Rapunzel grew up with the witch. The old woman locked the beautiful girl in a tower without doors, so the prince had to climb the hair of the princess. Only a brave prince will overcome difficulties, and there will certainly be a happy ending of the fairy tale.

This slot machine was designed based on this plot and it will give players an opportunity to conquer the heart of the heroine. Moreover, the developers prepared fabulous winnings and bonuses. The declared fairy-tale theme is supported by every detail of the design. Rapunzel accompanies the player throughout each round.

Thanks to the bright and animated graphics, the video slot looks like a modern cartoon. In general, we can say that the interface was developed in the best traditions of the corporation. On the background of the tower, there is a playing field with 5 reels and 20 paylines.

Here all the characters appear. As for the control panel, it is simple and does not contain unnecessary functions. Bet Lines activates the game lines. Fast Play starts accelerating rotation. Autoplay is necessary if there is a need for an automatic game mode. Manual rotation control is launched by a button with round arrows.

To bet, you should select one of the values ​​of the TOTAL BET option. The Paytable key expands information pages on the screen where information about the symbols and their coefficients can be found. The Total Bet and Win windows reflect the total rate and the amount won.

In this story, Wild (Rapunzel), Bonus Wild (Spit Rapunzel) participate. Their functions are familiar to every player. With these options, users can win more money in each round. Furthermore, an additional level is available here.

Each player is guaranteed to receive 10 free spins at the last bet, during which the Tower function operates. This means that each Bonus Wild gives the prince an opportunity to take one step up the tower to his beloved.

This will also give users other advantages (additional spins and payouts). It is also worth noting the lack of a mandatory registration and additional downloads. In addition, the game has a demonstrative mode with virtual loans.