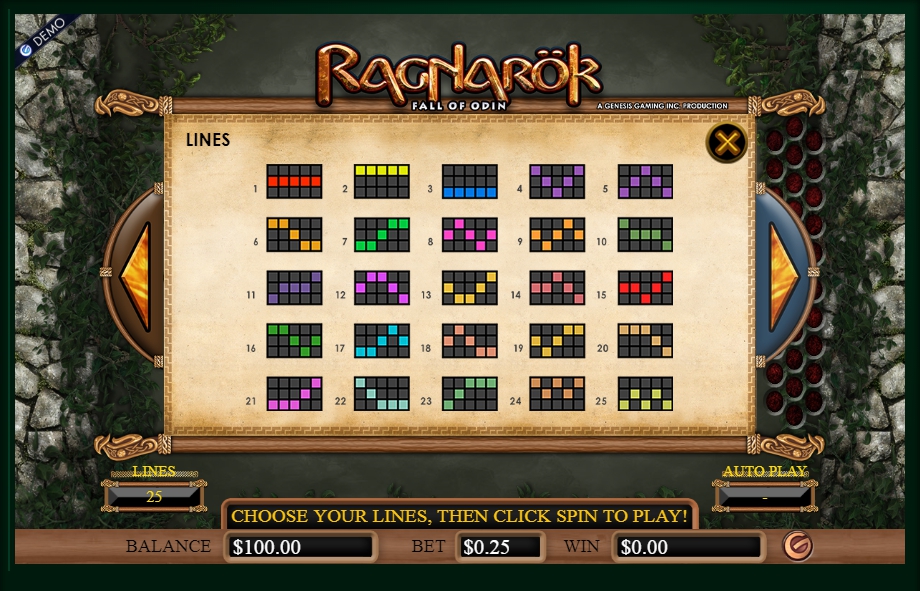 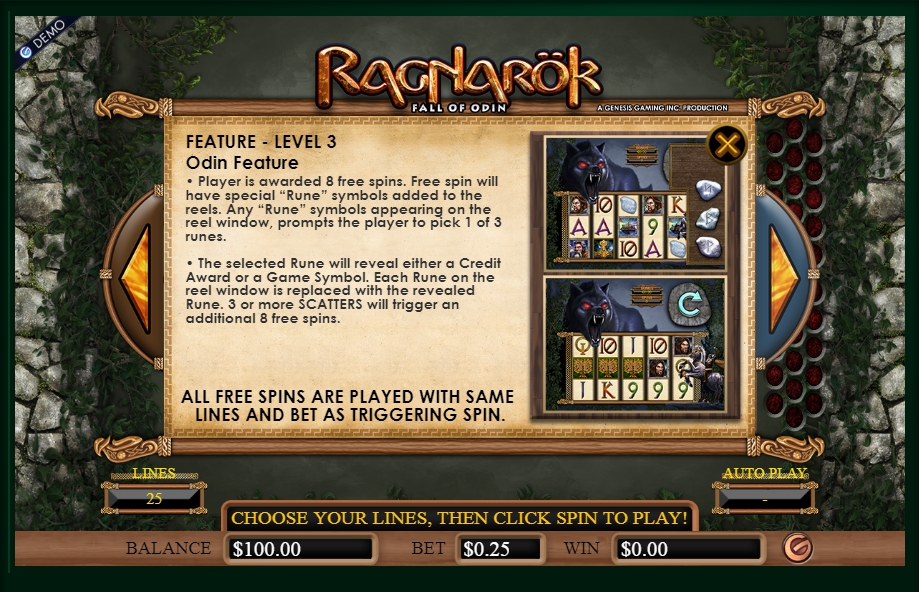 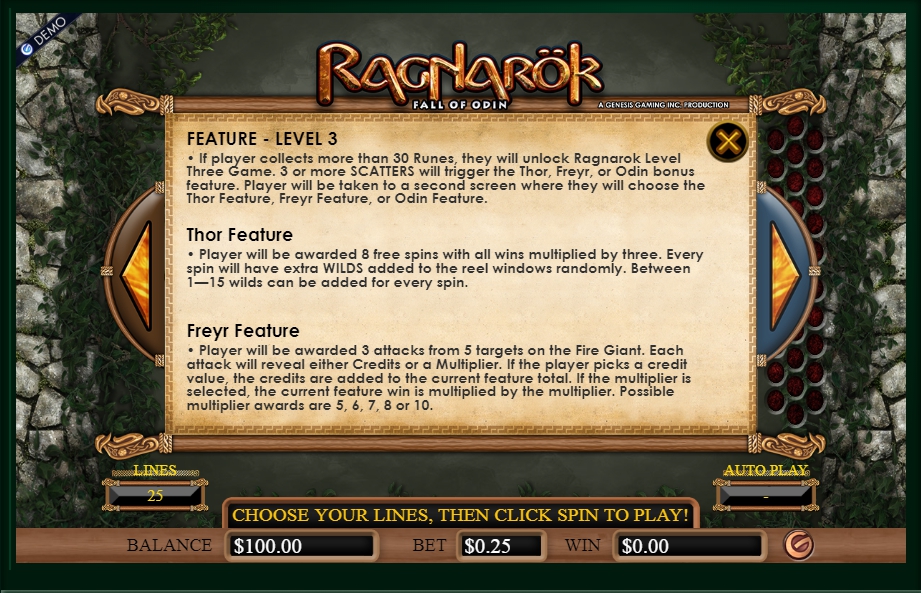 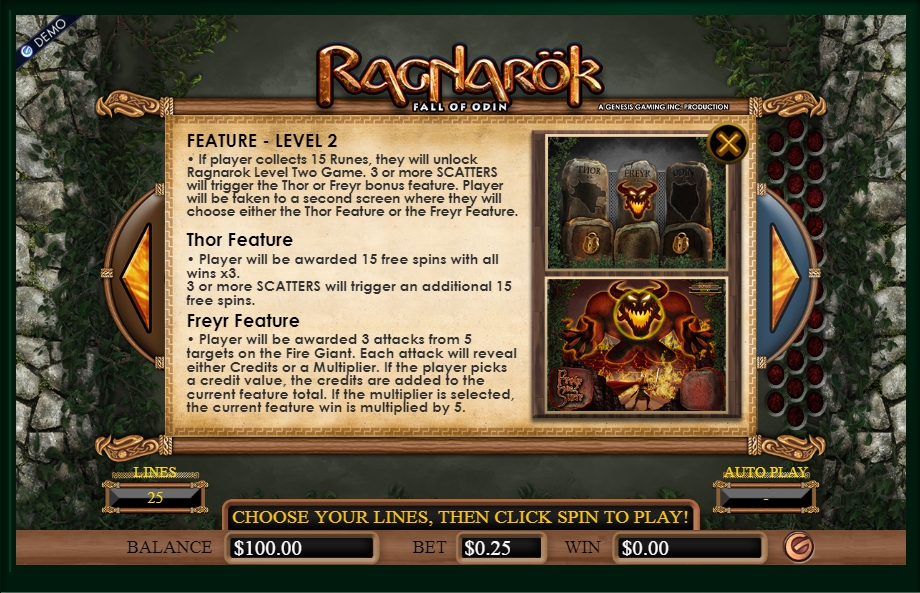 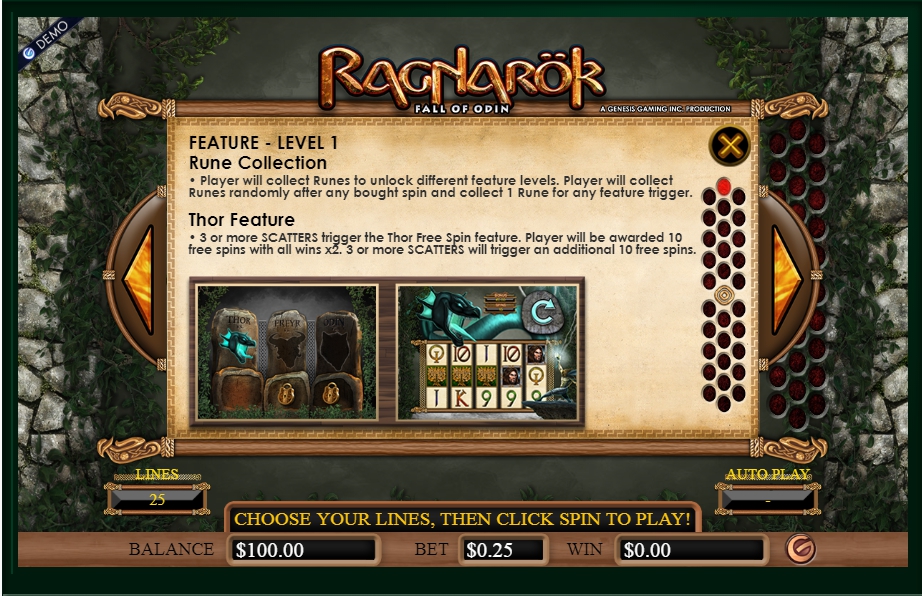 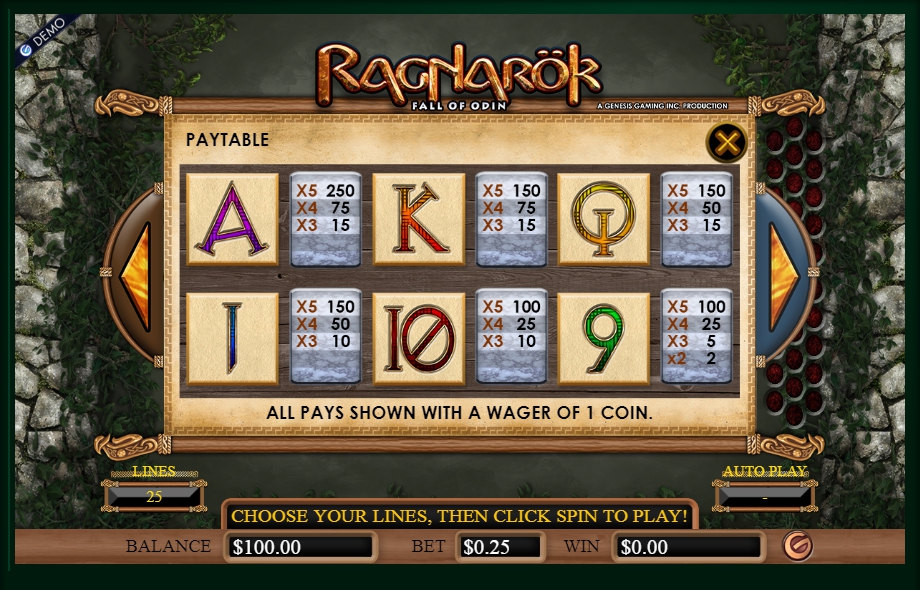 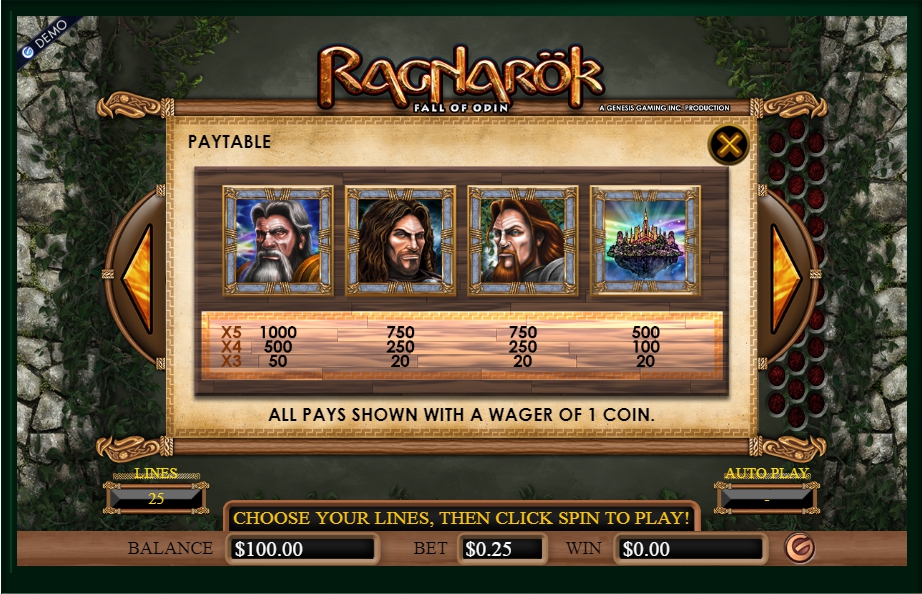 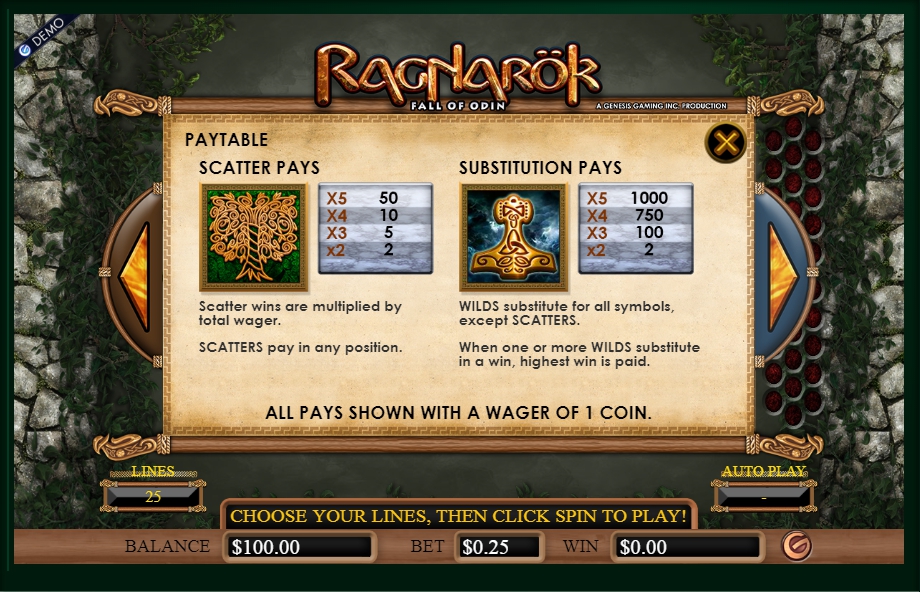 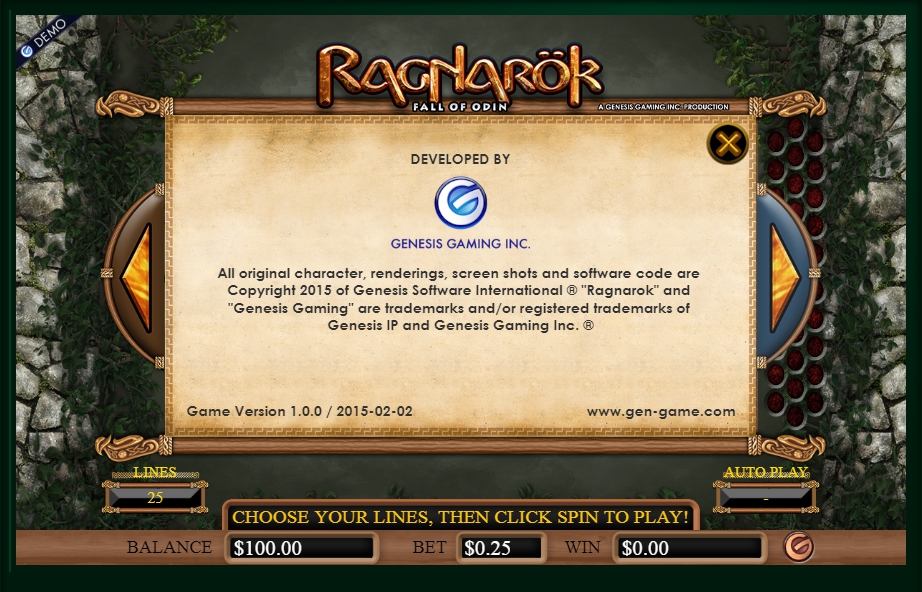 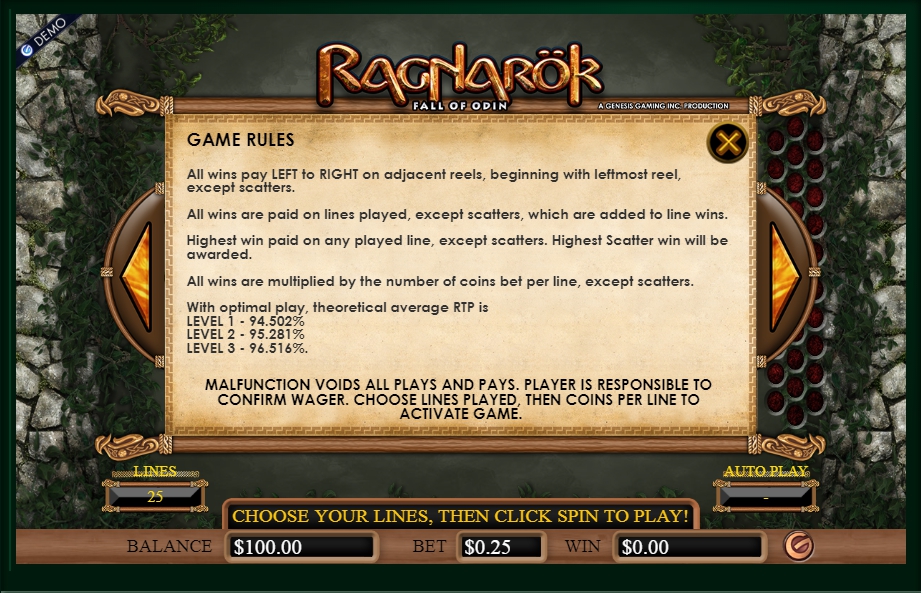 Scandinavian mythology is full of mysteries and mysteries, and it is interesting for its colorful characters. God Odin is a key figure in the ancient beliefs of the northern peoples. Odin is the head of the pantheon of the gods, the father of Loki and Thor. Genesis Gaming, which produces games for online casinos, has released a slot that is dedicated to the theme of the gods.

The bright and lively design of the game “Ragnarok Fall Of Odin” allows you to experience all aspects of the gameplay in more details. Ragnarok is a described in the mythology of the Vikings disaster, when the nine worlds that make up the cosmos will be destroyed. This is a Scandinavian prophecy about the end of the world. The interface looks harmonious and well-maintained: any newbie can understand the main keys and functions.

The game consists of 5 reels and 25 lines on which payments are made. The first step is to enter the section called “help”. Then the participant needs to think about the amount of the bet, for this it is necessary to press the button “bet”. In order to set the number of active lines, use the “lines” button. The Auto Play mode is activated by the corresponding button and starts a certain number of auto rotations. For the beginner it is best to start with a manual mode.

A gold ornate symbol on a blue background is the wild in the game, and when more than one wild substitute in a win, the highest one will be paid out. The Wild can form its own winning combos. The Scatter symbol here is a golden Yggdrasil set on a green background. This picture can form scatter wins which are multiplied by total wager.

The Rune Collection feature implies that the player will collect Runes in order to unlock different feature levels. The runes will be collected randomly after any spin during the basic game. Also, and additional one will be earned each time the feature is triggered. The Thor feature is the most basic bonus and is activated with less than 15 runes collected. This is a level 1 feature, where you receive 10 free spins, and all wins are multiplied by 2.

The 2nd level feature can be started with 15 to 30 runes. Once you collect the runes, you will be given the choice between the Thor feature and Freyr feature. The 2nd will give you 3 out of 5 targets picks, and each pick will reveal a prize or an x5 multiplier.

The 3rd level feature is started with 30 or more runes. You will be taken to another screen and you will be presented with 3 choices: Thor, Freyr and Odin. Thor will award you with 8 spins, x3 multiplier. Freyr offers 3 out of 5 picks which will reveal a prize or a multiplier which goes between 5 and 10. Odin will award you with 8 spins with rune symbols added to the reels.