Slot machines from Platinum series from the well-known online game producer WMS have always been distinguished by their colorful and interesting themes which are devoted to classic slot machines. But these slot machines of these series have a mass of additional options which will please any player. The slot machine Quick Hit Platinum takes us to the atmosphere of the casino and excitement which will simply pursue a player . Familiar symbols of original game slots are supplemented with various special images which bring a myriad of payouts. Excellent topics will allow you to plunge into the world of nostalgia and big rewards in the game Quick Hit Platinum.

The slot machine is full of bright colors and high quality graphics so a design of the slot Quick Hit Platinum is endowed with originality. A presence of five standard game drums and 30 paylines will get a lot from a gameplay. In addition to the bright design the slot has very good graphics and an excellent musical accompaniment. But the interface of the slot is created by a principle of simplicity and clarity so it’s not difficult to understand with a control unit. 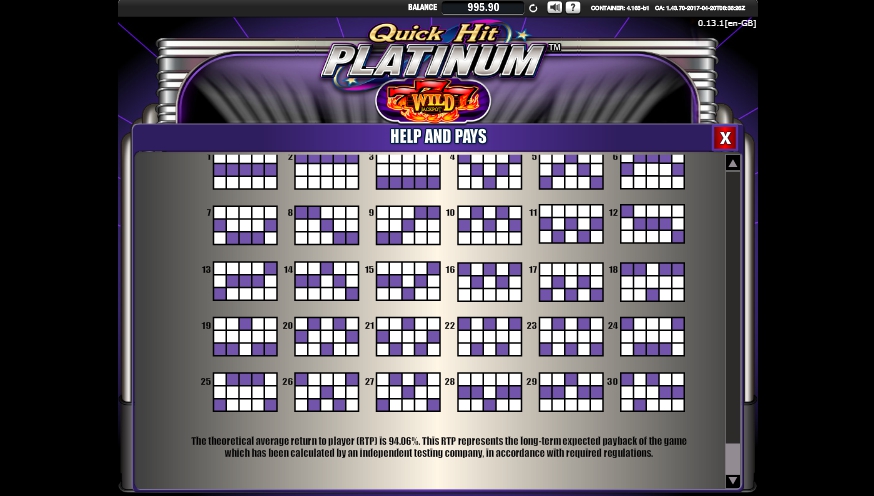 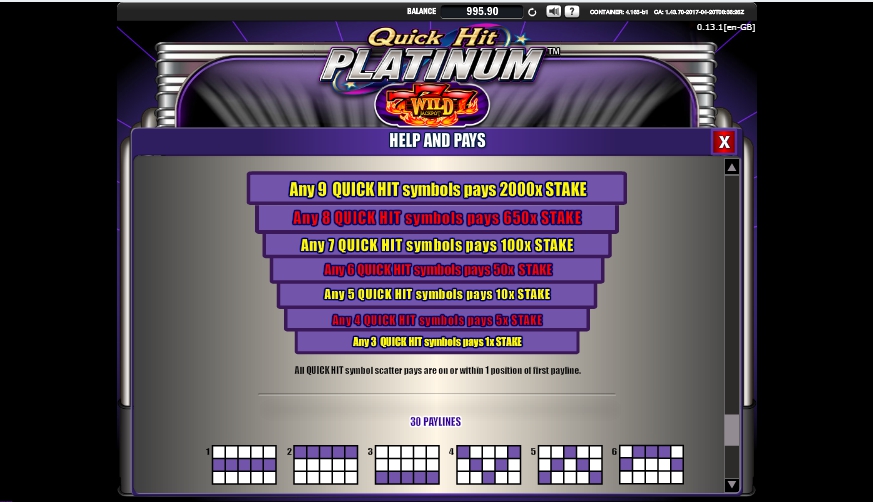 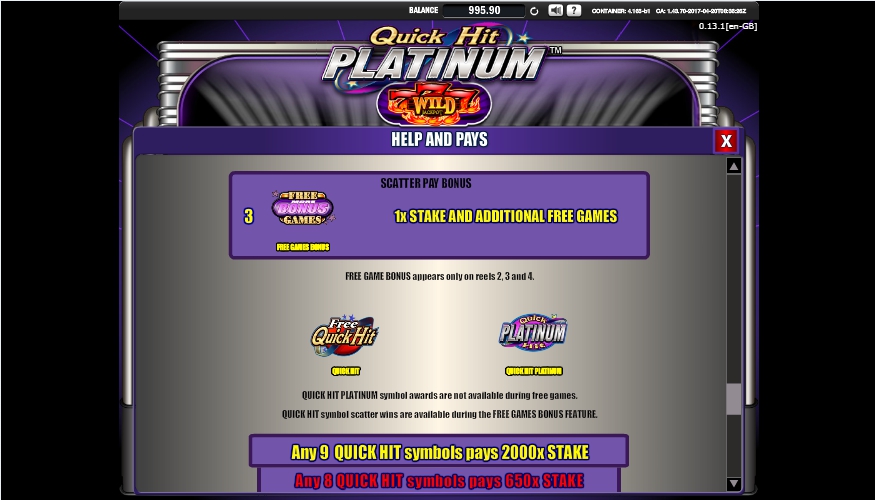 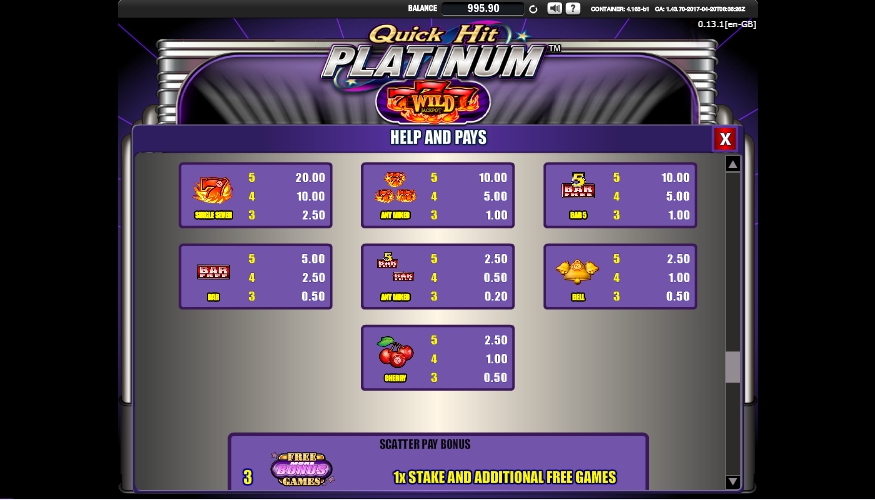 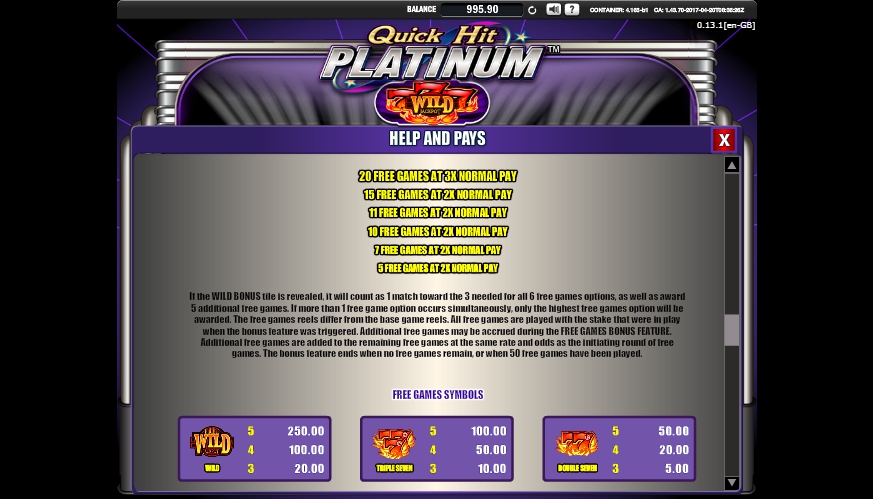 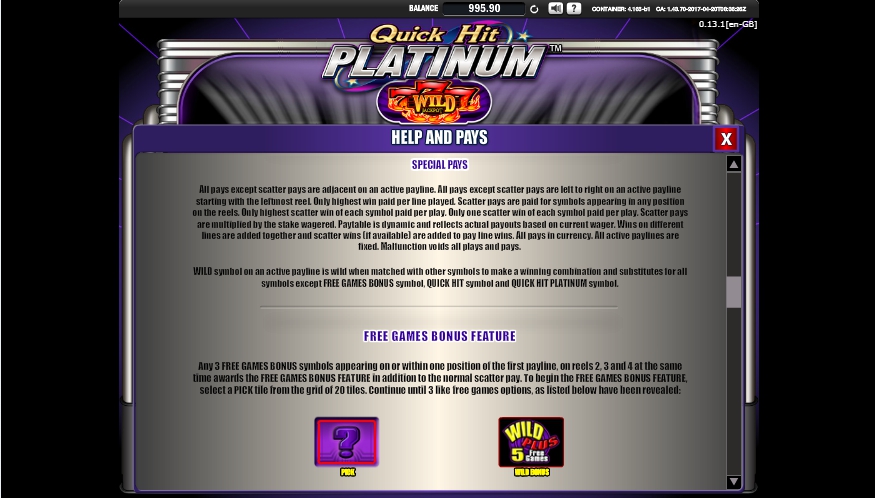 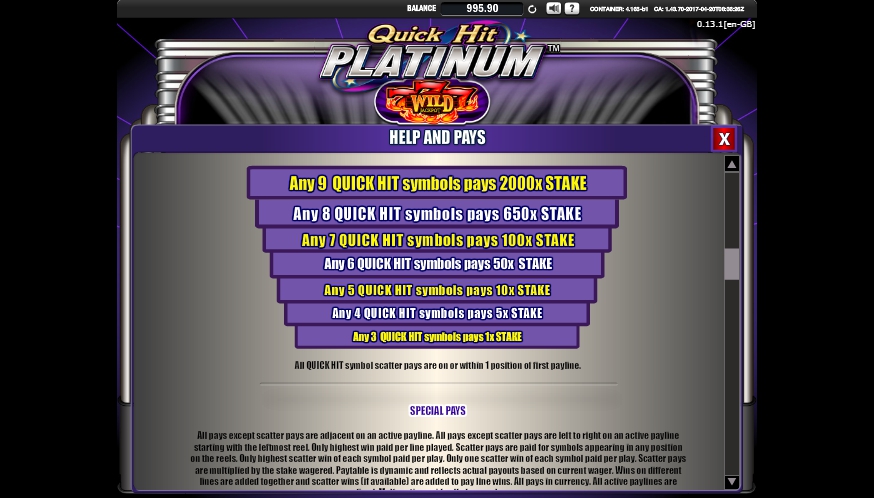 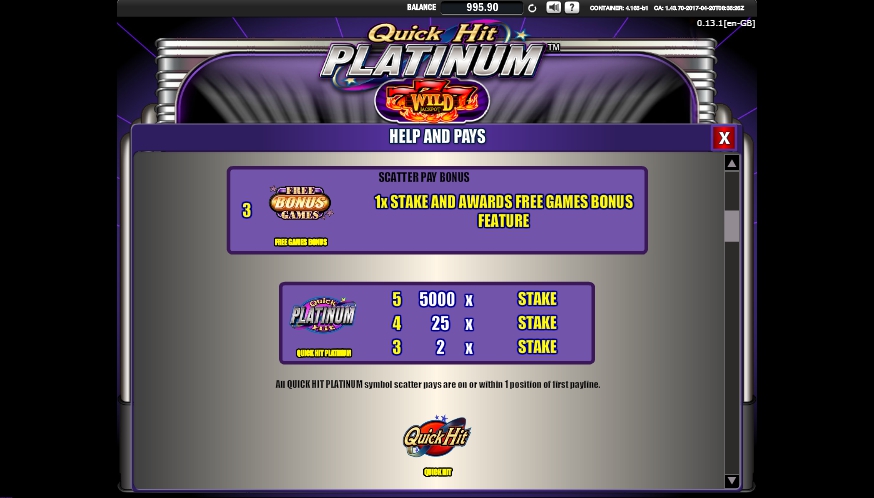 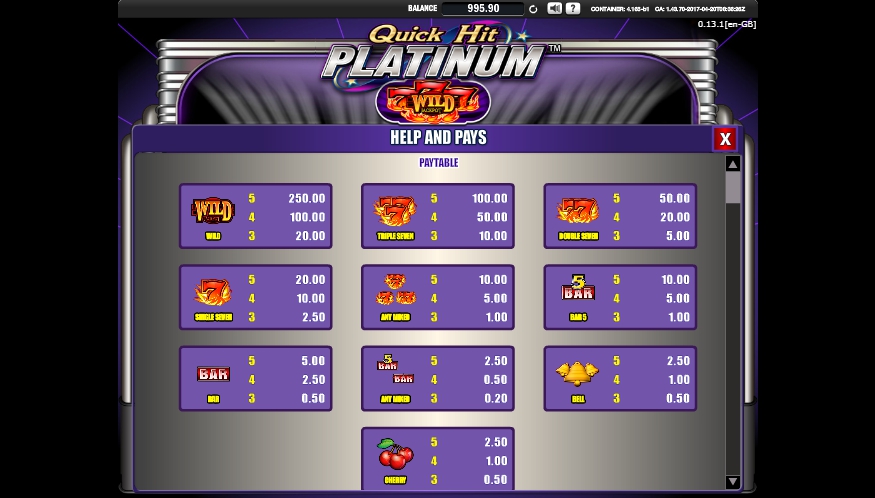 The Hit Platinum has a very simple control unit. So, to start the game you need to set the a size. To do this use the +/- buttons near the window with a bet line. In the game there are 30 payment lines therefore in the window of a Bet you can see a size of a final bet on a spin. After selecting a bet you can go to the activation of reels using the Rotate button which is located in the center. Be sure to familiarize yourself with basic rules and winnings in the Quick Hit Platinum before starting the game. It is necessary to press a button and a table with payments will appear in which winning will be indicated according to a current rate. You can also start the game in automatic mode during which drums rotate independently and a player only makes a profit. You can stop auto-backs with the same button. It is worth noting that this game is conducted at a bet that was made before a launch of the auto-game.

In the slot machine Quick Hit Platinum there is simply a myriad of bonus options that allow you to earn huge rewards:
– Scatter-symbol offers to launch the Free Games Bonus in this game initially it is required from 20 closed cells to select several until one of variants of a bonus game appears. You can win from five to twenty freespins with a multiplier of two to three. In this game you can get up to 50 free spins of a drum so do not miss a chance to receive great gifts. In this game only the bonus symbol Quick Hit acts. In addition, a loss of three scatter symbols will launch not only a prize game but will return one total bet.
– The bonus symbol Quick Hit can be paid high enough if a screen shows not only five characters but even more. The maximum reward is for 9 such symbols and is equal to 2,000 bets and a player receives multiplication according to a bet on the first line.
– The bonus symbol Quick Hit Platinum offers to get decent winnings and this character plays in a spread.