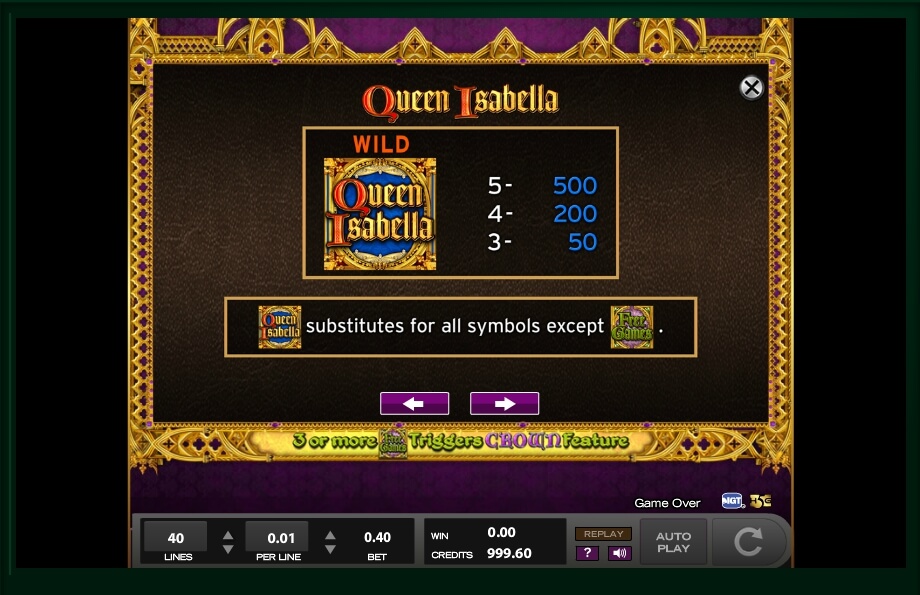 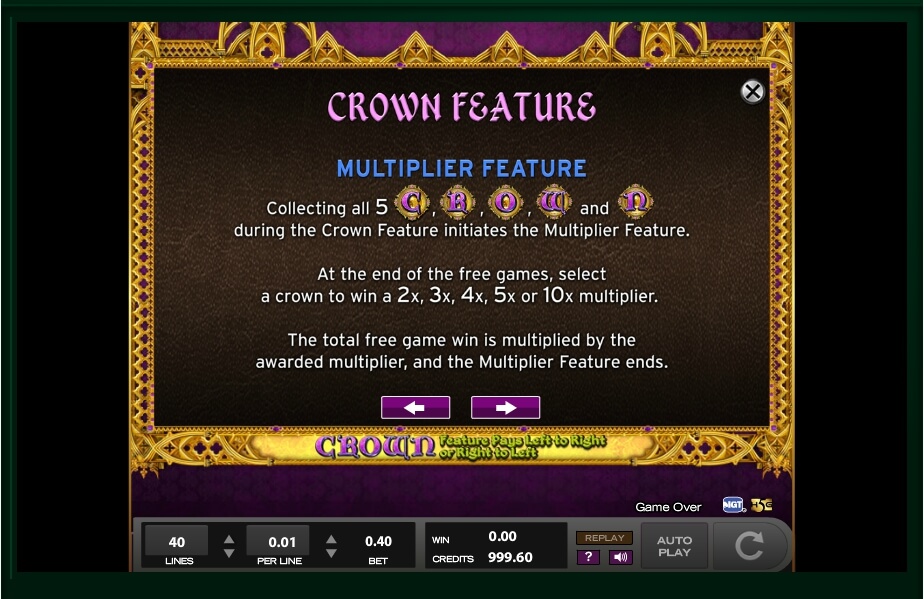 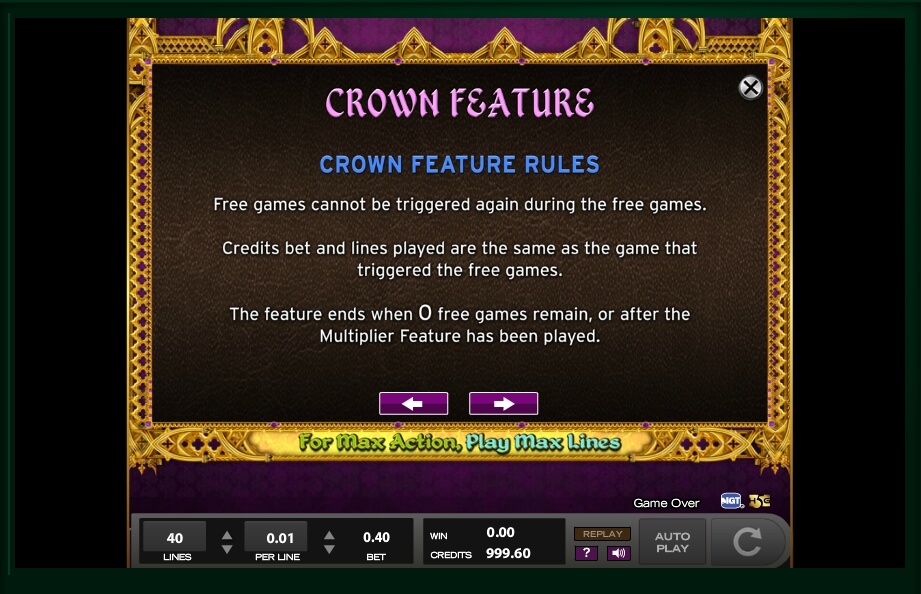 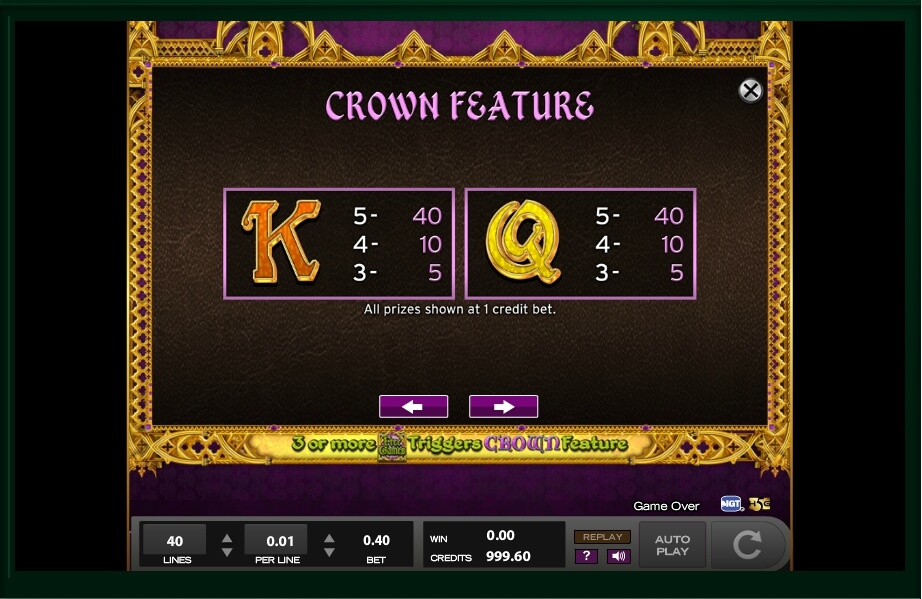 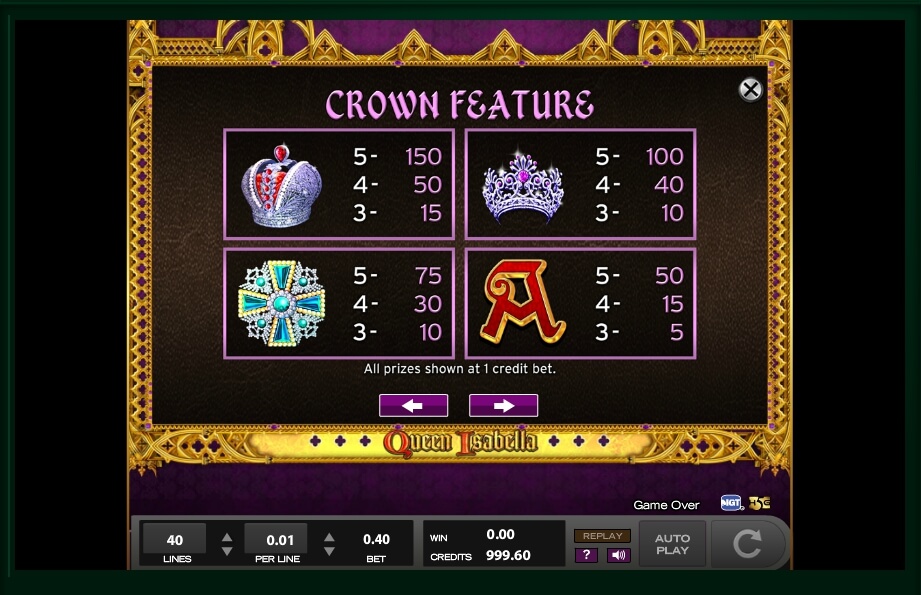 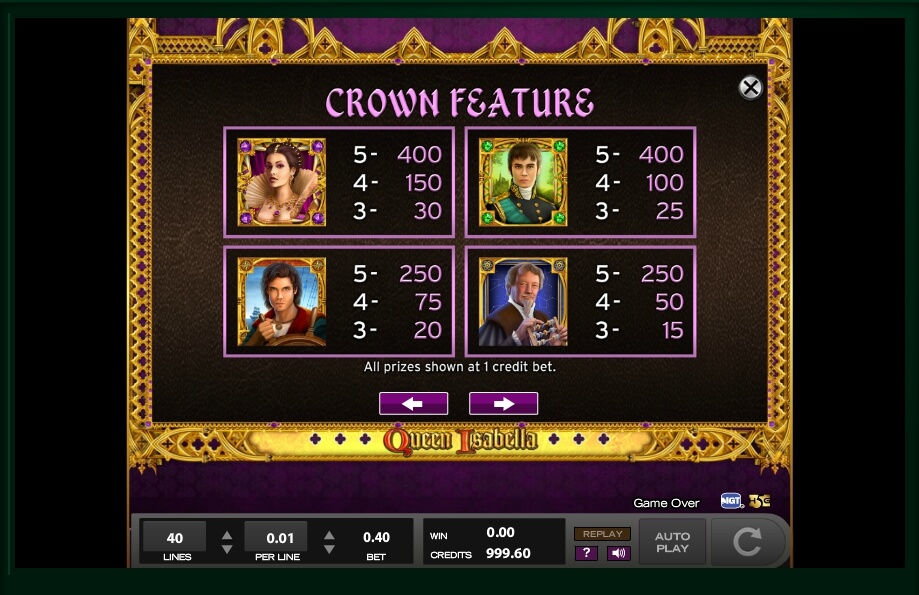 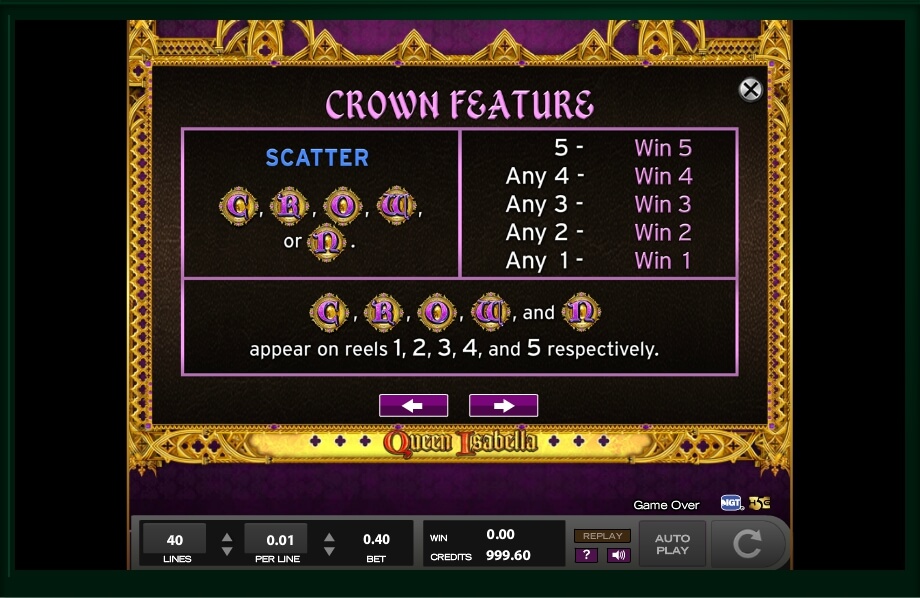 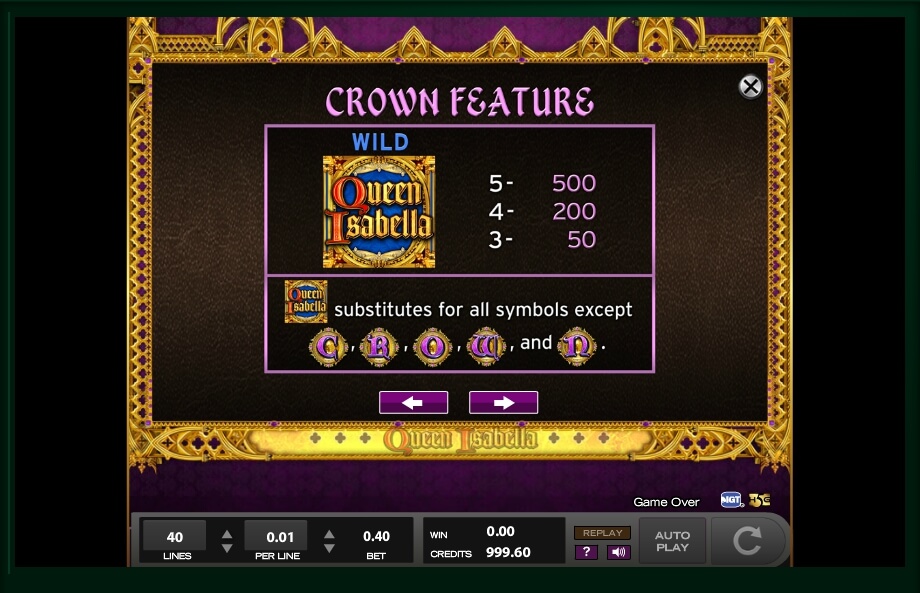 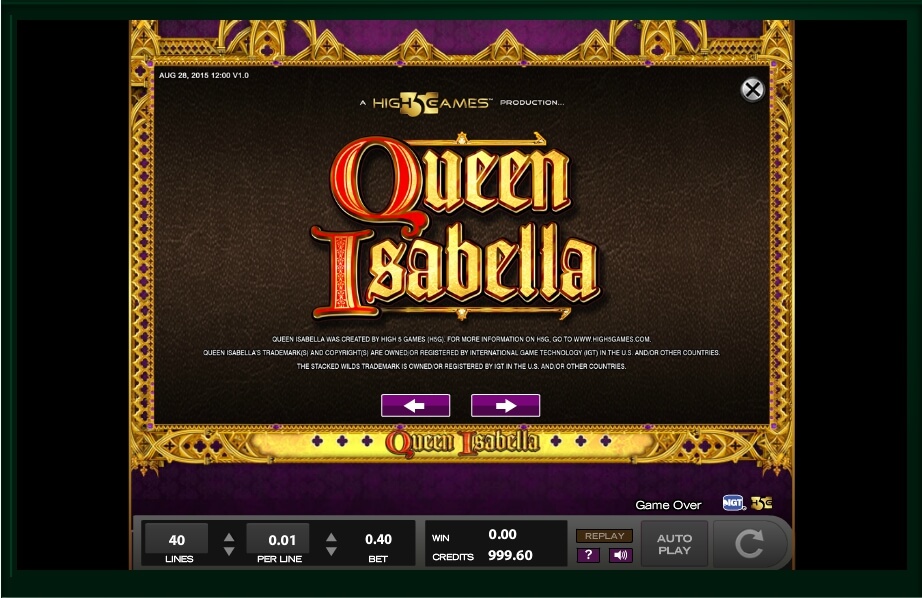 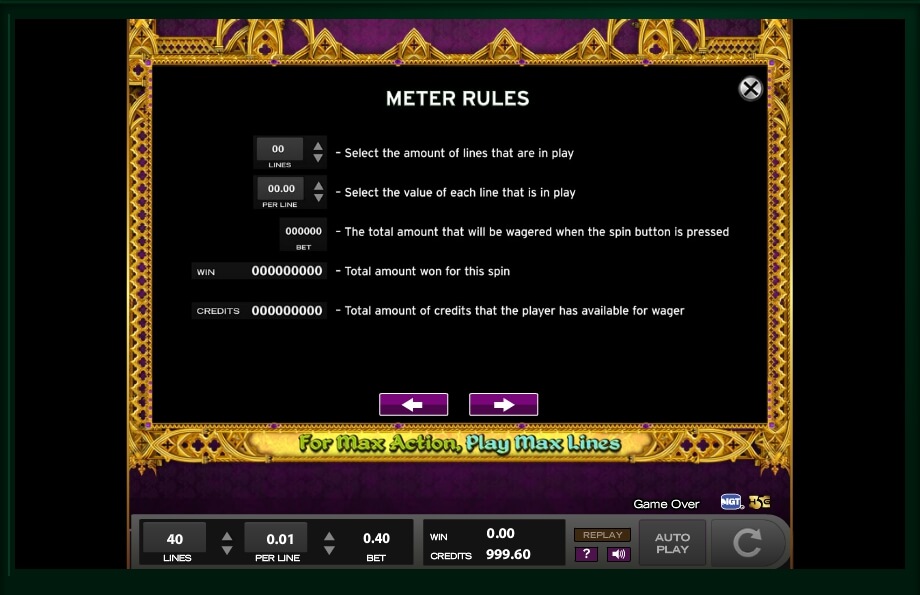 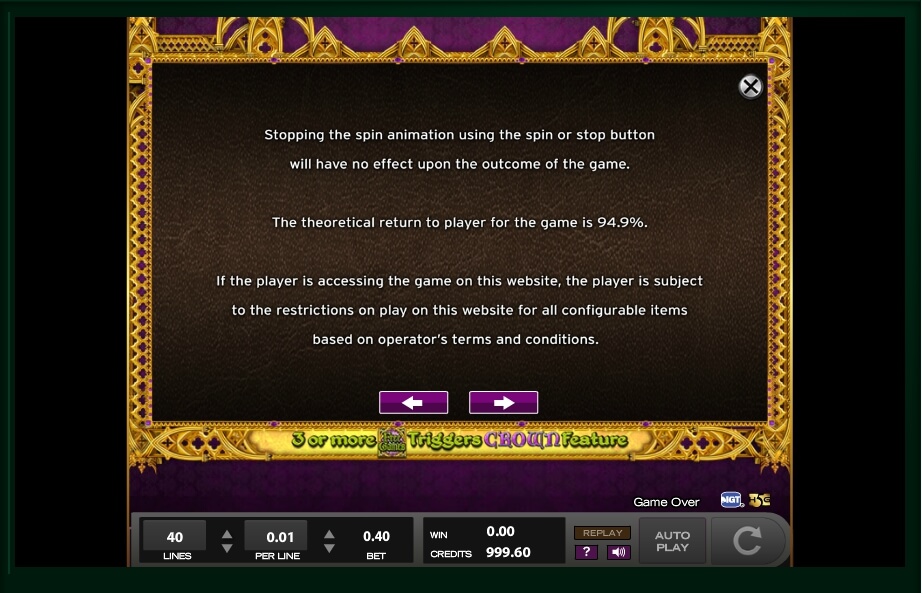 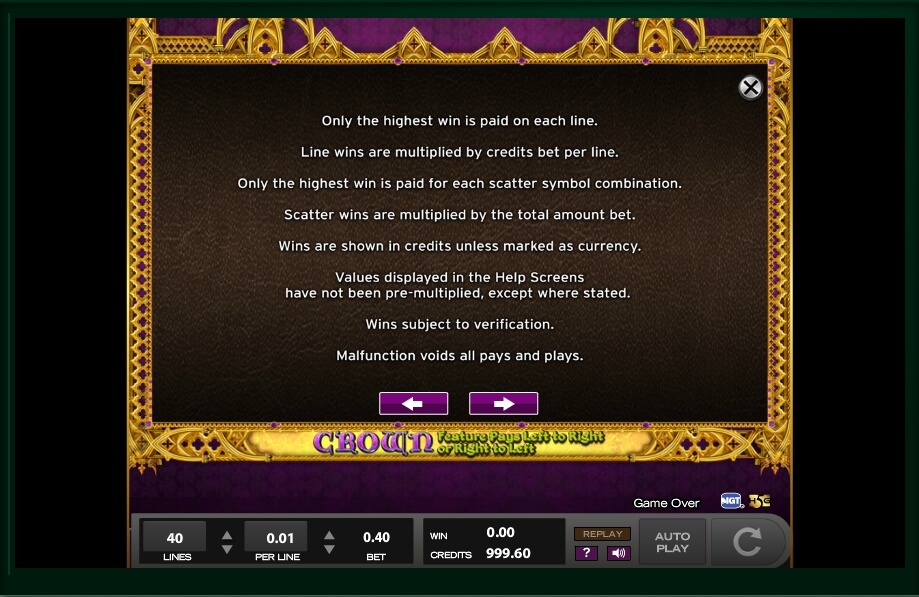 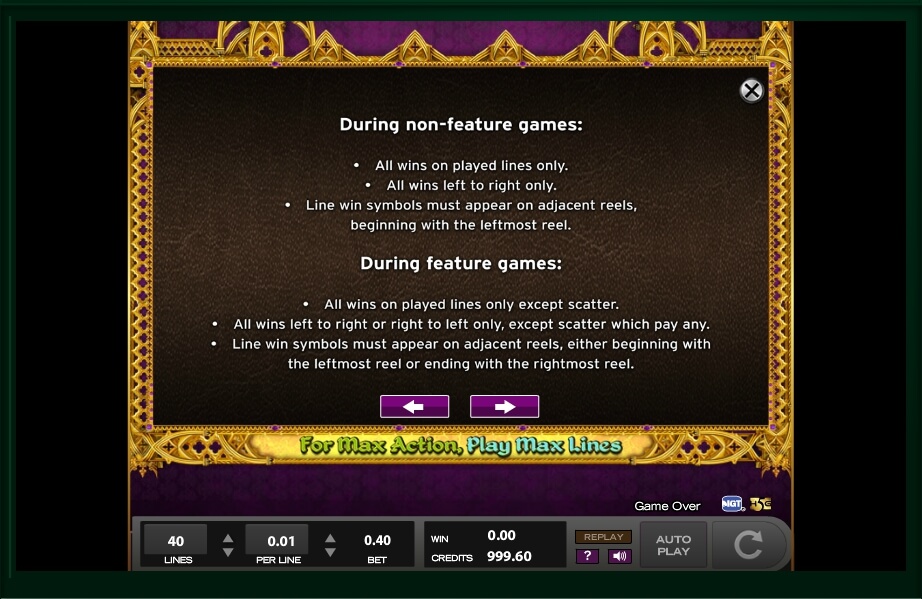 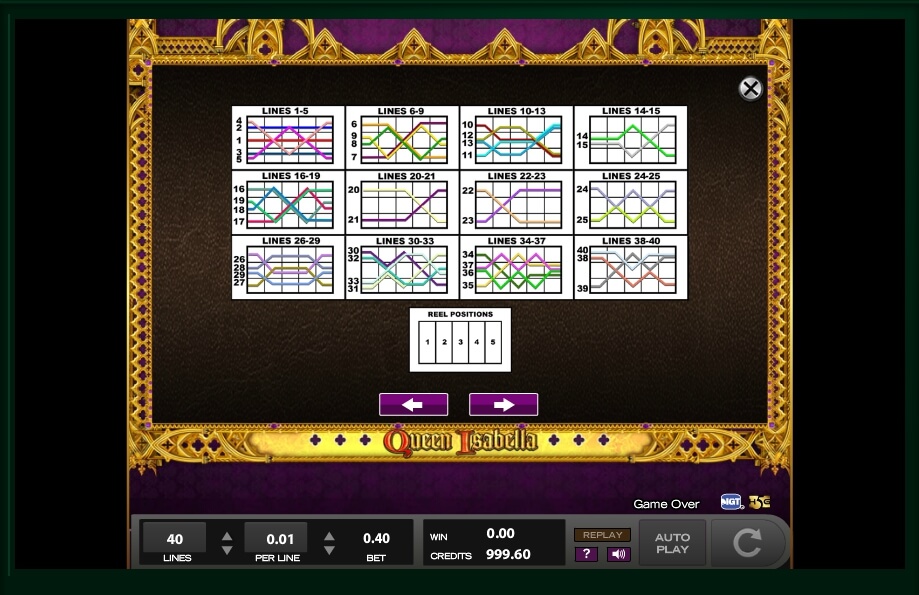 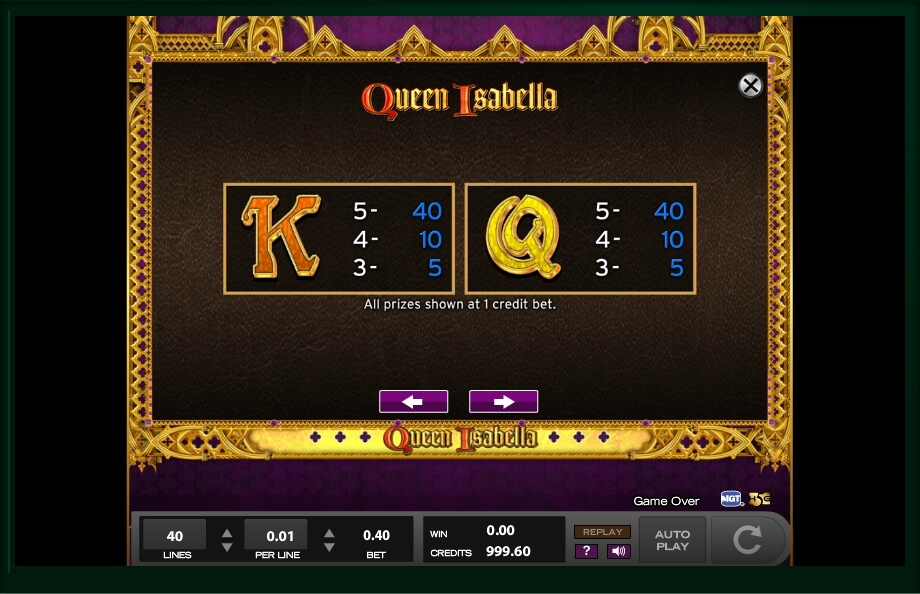 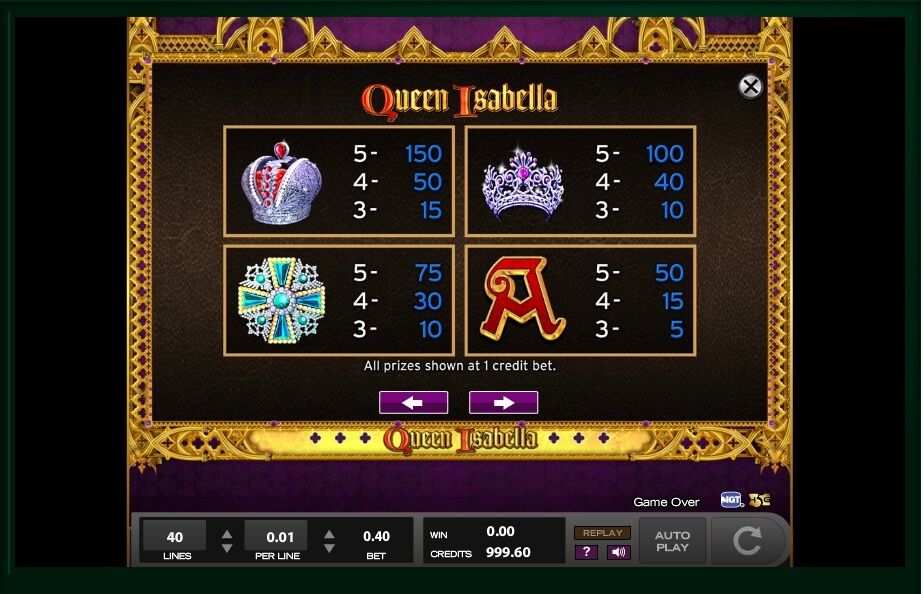 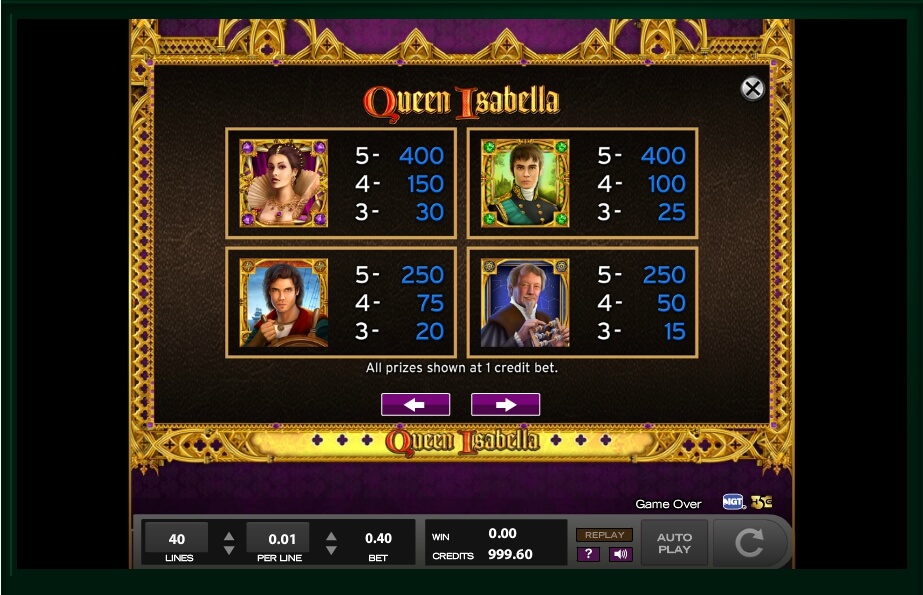 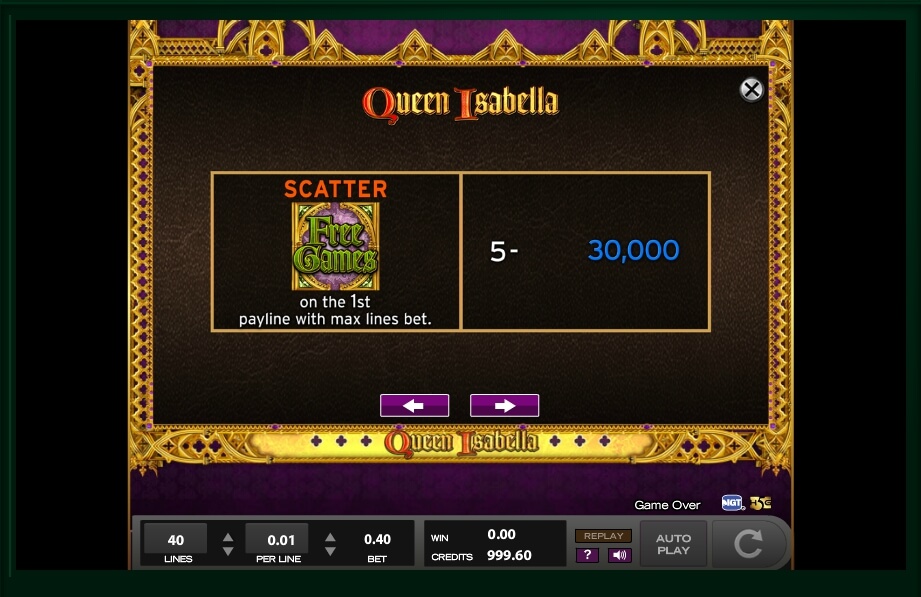 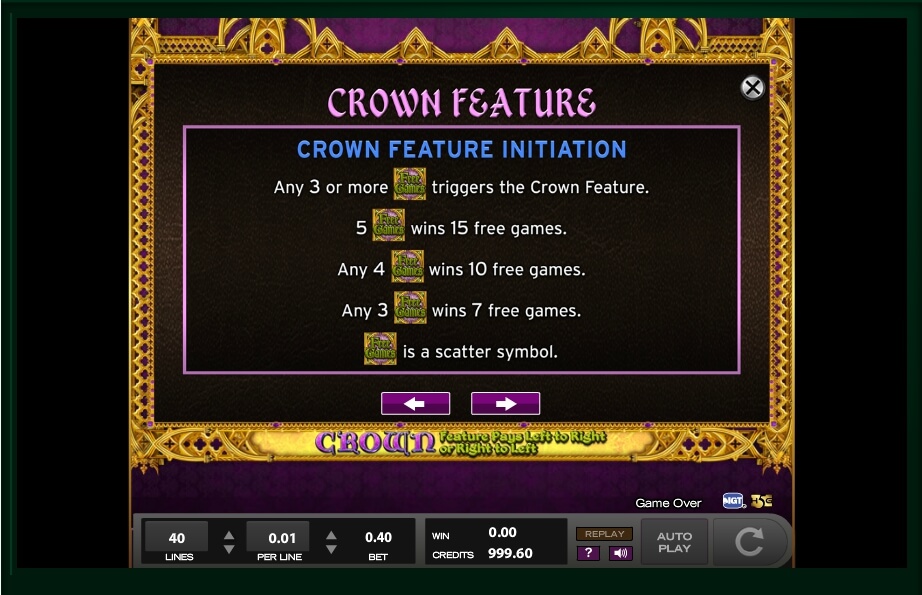 Everybody, each of us would like to visit the royal palace or be a part of the royal family. Our world has many secrets that are related to the lives of royal persons. One such is the story of Isabella’s life. This queen married the king at the age of 20 years. After that, she became a part of the monarch’s harem.

After living a few years in a foreign country, she died, but had left many secrets about her life. This historic event attracted programmers from High5Games. Describing the life of the queen, the Queen Isabella slot was created. Using this model, each client can become part of the historical events.

The exterior design of the slot machine fully conveys the atmosphere of the historical era. Bright thematic symbols have animation effects, so the game draws the attention of the participants and is very interesting. By the way, as a symbol developers used the images of people who played a major role in the life of Isabella. Such details make the video slot more fun and help to immerse in the appropriate atmosphere. Also, there is a melody that accompanies all the user’s actions. In the golden frame are put 5 reels and 40 paylines.

On the bottom, as usual, we can see an understandable control panel. In this slot machine, client can quickly start the game process and win real money. Start the game by selecting the number of active lines using the “Lines” button. Using the controls you can set the value of this indicator. Next, go to the rates. To do this, click on the “bet” button, which will show the possible sizes of bets (0,01 – 10 credits) on each line.

Before the game, we also recommend users to visit the paytable that opens with the “?”. In addition, this tab contains a description of the gaming process and the rules of the slot game. To start playing the slot, click on one of the two buttons. It can be a big key that activates the ordinary rotations or the second button which releases the option of continuous rotations. Developers also proposed an additional button that disables sound effects. In general, we can say that the slot game is performed in the best traditions of the provider.

The queen performs wild functions, but first you need to save her from Frederick. In the beginning, we have told how their love story ended. Isabella can replace a simple piece, if necessary. As the result, the user will be able to make more chains and increase the balance. The payout table also states that 3-5 Free Game symbols activate a round of free spins.

So, thr participant can get up to 15 free spins during which an additional multiplier operates. It should be noted that during this round the bet will be made by our online casino. With the help of all the above mentioned options, each participant can win up to 200 thousand. In addition, we suggest you play without registration in demo mode.